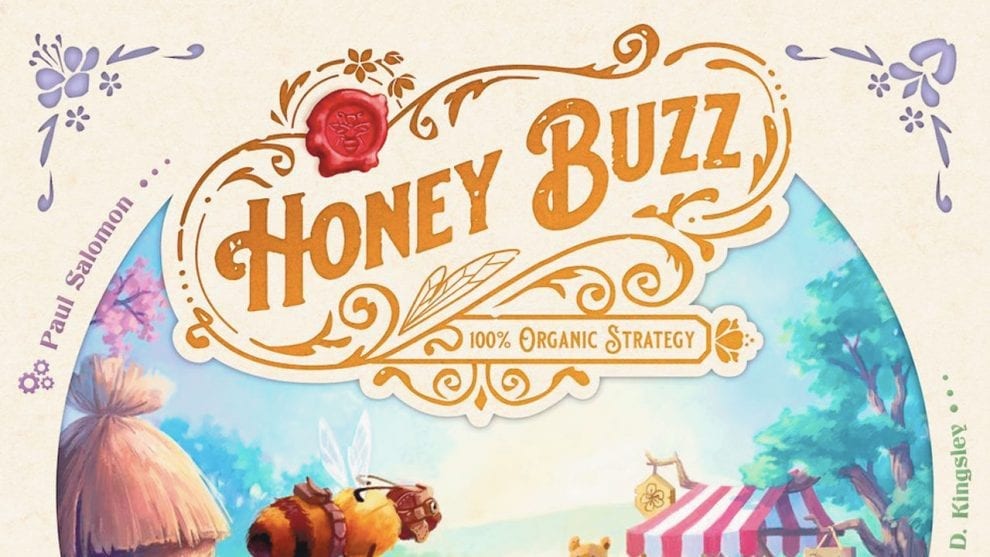 Kathleen Hartin
Add Comment
Read Kathleen’s review of Honey Buzz to find out if this game could bee right for you.

Honey Buzz is a worker and tile placement game where 2-4 players face-off to have the most prosperous hive.

Each player begins the game with at least one worker-beeple. On a player’s turn, they have the option of deploying a beeline (a group of one or more worker-beeples) to the Hive Board or recalling their bees. When a beeline is deployed, the player takes a tile and places it in their playing area. If the tile placement creates a “cell”, then the player gets to perform the action for each adjacent icon to the cell, in any order they like.

When deploying their bees, players have 6 tile-types to choose, which will allow them to do different actions when creating a cell. These actions are:

When a player recalls their bees, they may also “scout for nectar”. This gives players one free movement with their foraging bee, but unlike in with the Forage action, they don’t get to take pollen or nectar.

In Honey Buzz, points and coins are one and the same. The main way that players will be receiving coins throughout the game is with the Market action. Another way to get coins is through the Queen’s Contest. At the beginning of the game, three contest cards will be placed on the Hive Board. These contests will either be speed contests or final contests. A speed contest will reward the first player  (and potentially second and third, depending on player count) to achieve a certain goal, such as having every type of nectar. A final contest will reward players at the end of the game based on certain conditions, like having the most nectar. 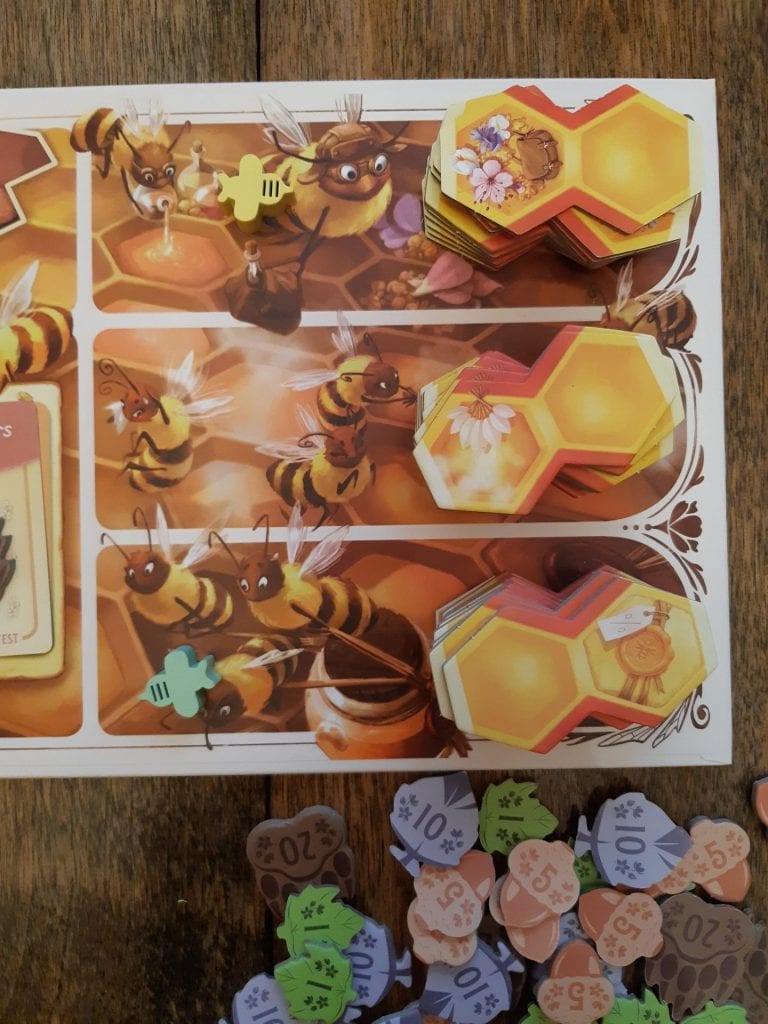 To explain end game conditions, you need to know a bit more about the Market. The Market sets the price for each resource (the four honeys and pollen). Every time a player sells a type of resource to the Market, the price of that resource will drop by one coin. When four of the five resources reach their lowest possible prices, the end of the game is triggered. End game is also triggered if two of the three order card piles are empty. Once either of these occur, the game continues until all players have had an equal number of turns. 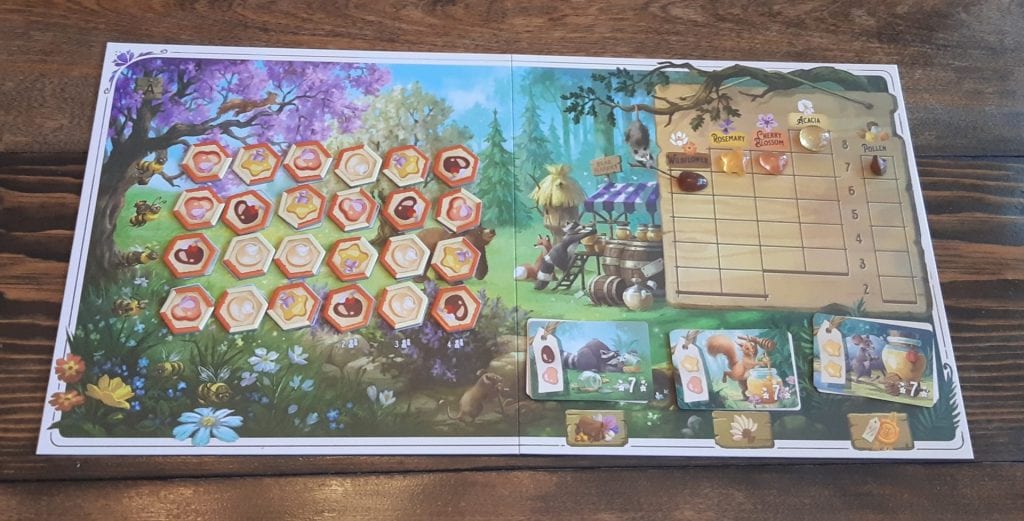 I quite like this game. If you want proof, all you have to do is spend 50 minutes of your precious time watching me do a full playthrough of Honey Buzz. But just in case you don’t want to do that, I can also give you the highlights here.

I started this review by mentioning the worker-beeples. That’s because they’re adorable. If you’ve read some of my other reviews, like Ducks in Tow or Silk, you know that I always appreciate when a game has custom shaped meeples. And these Beeples are no exception. Just look at how cute they are! 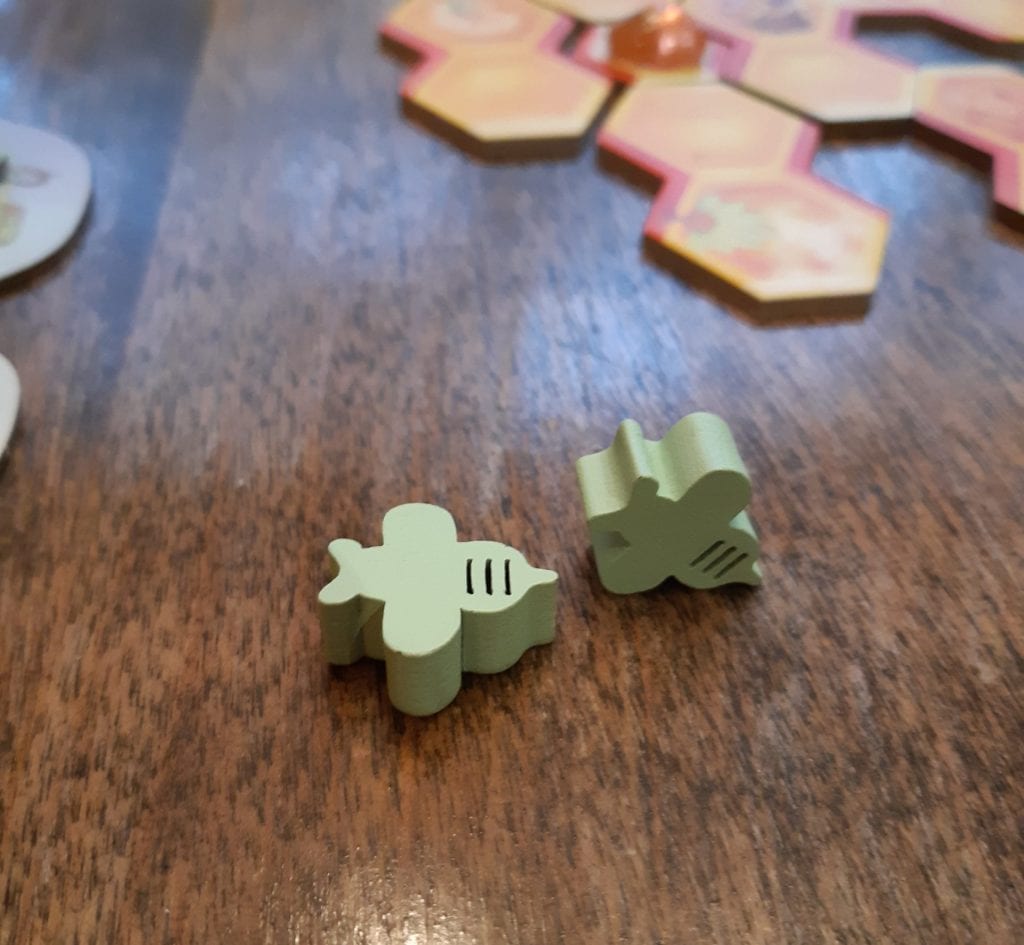 The rest of the components are also great. The artwork is interesting, the player colours are fun, and the honey is … appetizing? The tokens for honey honestly look like gummy candies. While I think this is fun, it’s definitely something you need to look out for if you have young kids. Even I, an adult who knows better, have been tempted by these tasty looking pieces. 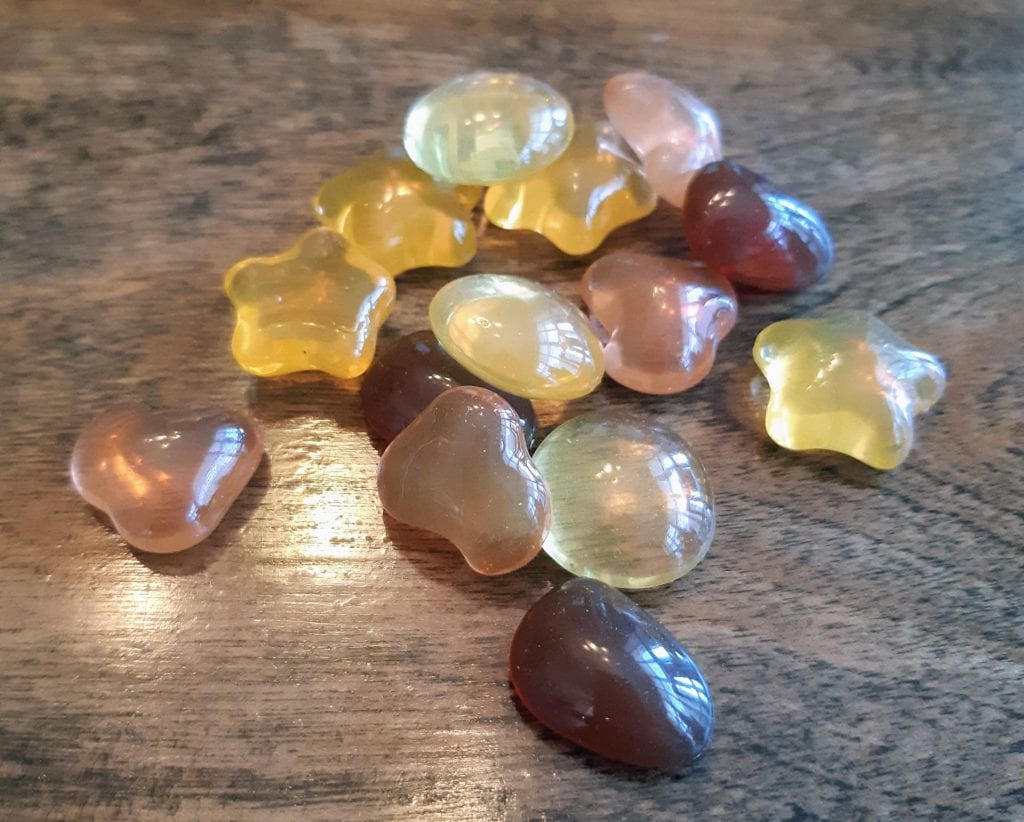 Now, I should state that I only played this game with two players. From reading the rules, I think it would scale well at three or four players, but I can’t confirm this. On the note of player count, it’s worth mentioning that Honey Buzz also has a solo variant.  This seems especially relevant these days. The variant uses a deck of cards (or dice if you have the Honey Pot expansion) to control two drone bees. The drone bees get in your way on the Hive Board and make pesky changes to the Woodland Board (where the Forage and Market actions take place). While I haven’t played the solo variant, my fellow reviewer Justin Bell has. Here’s what he has to say:

“Playing solo in Honey Buzz is really pleasant. It’s a great way to learn the game; while gaining a high score is fairly easy (I scored in the second-highest score bracket, “Honey Tycoon”, on my first playthrough), it allows for an easier way to understand the base mechanics while also making it easier to teach others in future plays. I wouldn’t buy this only to play solo, but it’s a great diversion and another excuse to put this on the table!”

At two players, this game is quite good. It’s a decent length game (45-60 minutes) that offers a pretty tight competition. What your opponent does really affects your game. For example, since all the orders are publicly available, if you have all the honey to fulfil an order but your opponent gets there first you may end up wondering “what the buzz should I do now”. Now, of course, you can sell honey at the Market, but you can only sell one type at a time. So if you were planning for an order with three types of honey, suddenly it will take three times as many Market actions to convert them into coins. 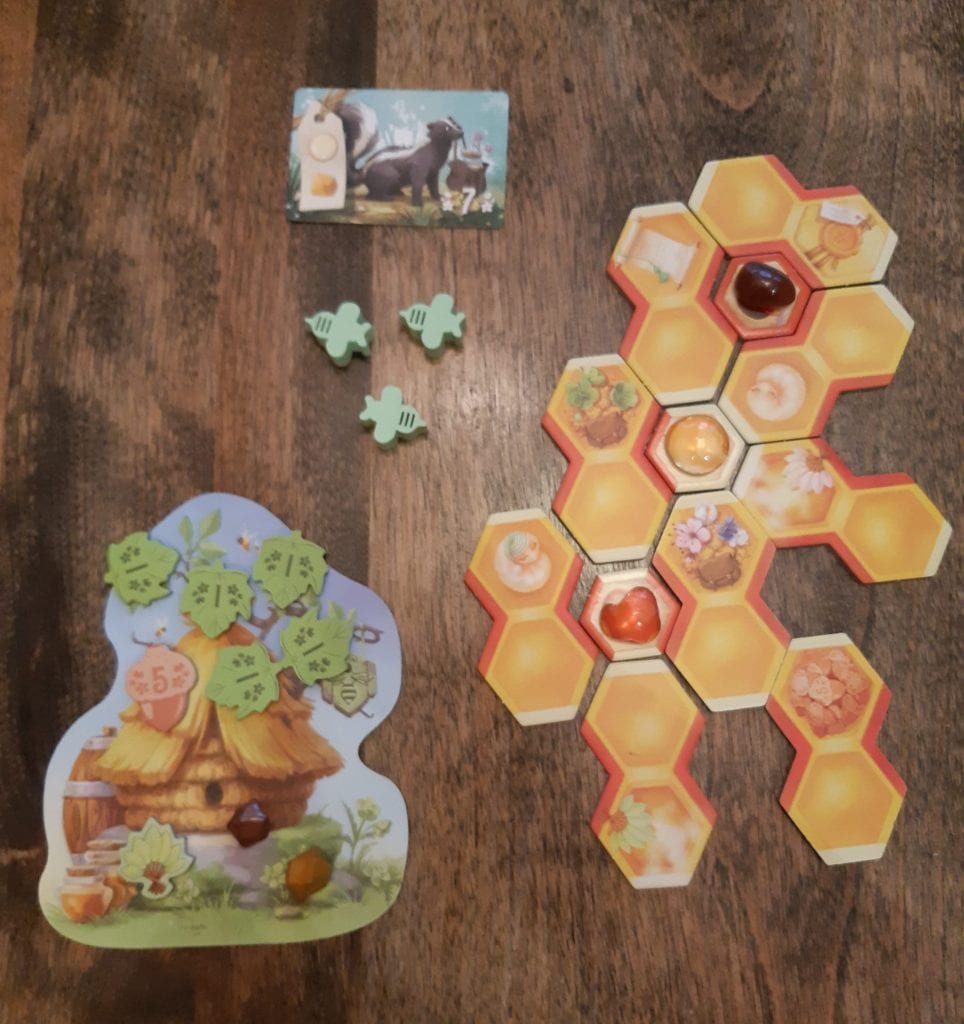 The Queen’s Contest cards are also quite an important race in a two player game. This is because the last player to complete a speed contest doesn’t receive any prize. So in a two player game you have to be first to get anything. In the games I played, often the player who won the first speed contest was also the first player. This player then also tended to be the winner. I don’t think this would always be the case. On that note, the designer of the game did take first player advantage into account, as the starting player begins the game with less coins and potentially less worker-beeples than the other players. Whether or not this is enough is something I’ll keep an eye out for in future games.

One aspect that may be difficult for some players is the spatial reasoning aspect. As I mentioned earlier, the way you place your tiles determines what type of nectar can be placed in the cell. In general, the more tiles it takes to make a cell, the higher value the honey that it produces. Without the handy player aid, these formations can be quite difficult to conceptualize. In addition to the player aid, the game helps players out with tile placement by only allowing yellow edges of tiles to touch each other. But even with these helpful tools, some players may still find it tricky to plan out how to place their tiles. And while I found this tile placement puzzle really fun and cool, I can see how some might find it frustrating. 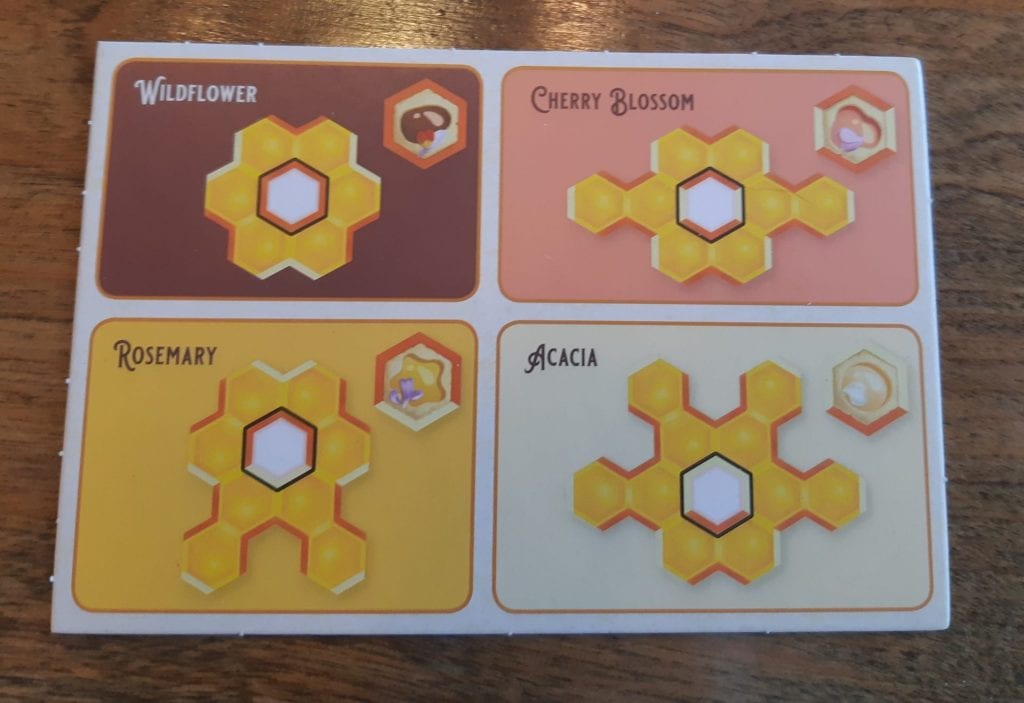 What I really like about Honey Buzz is how the actions work. It’s a worker placement game in that you are placing your worker-beeples to get tiles, but the actual actions you get from this might not be immediate. This can either be great allowing for super combos, or tortuous as you watch your opponent beat you to the action you want to take. This delayed action mechanic reminds me a bit of Tzolk’in, a worker placement game where the player’s actions happen when they remove their workers. This comparison is a compliment to Salomon’s design. I really enjoy when designers take a concept we are familiar with and find a new way to implement it.

So in conclusion, yes, Honey Buzz is, indeed, a sweet treat. Just be sure to have some snacks at the table so you don’t accidentally eat the pieces. 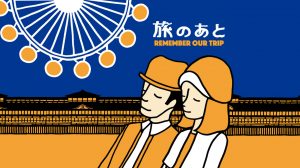 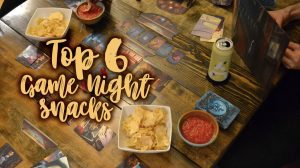 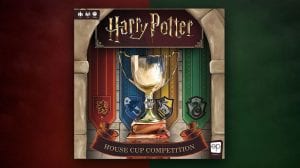 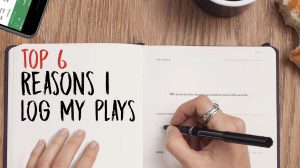