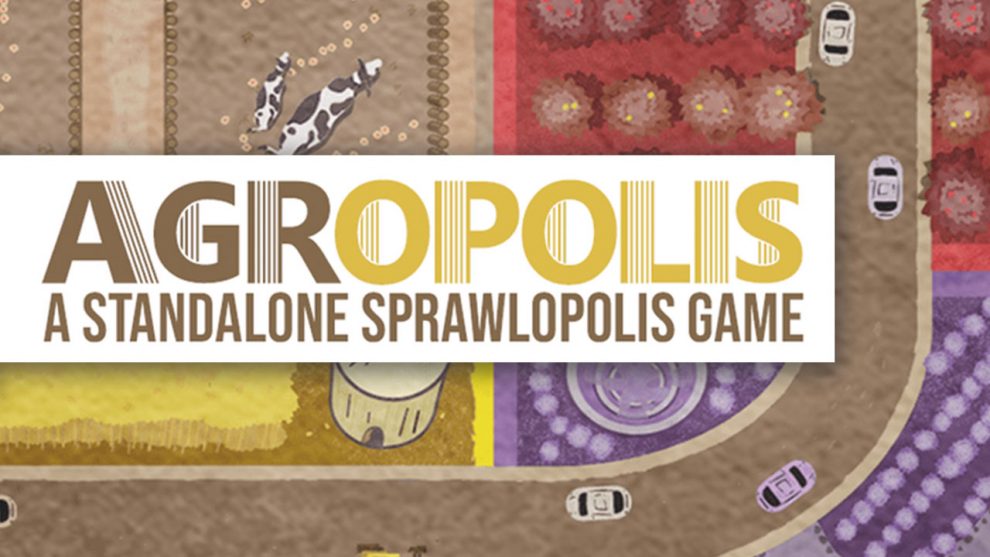 Ashley Gariepy
Add Comment
2018’s Sprawlopolis was a huge hit in Button Shy’s wallet series of games. Now they’re back on Kickstarter with its follow-up, Agropolis. Read our review to see how countryside living has been applied to the original design.

Agropolis, a new wallet game currently on Kickstarter from publisher Button Shy, is the standalone follow-up to their 2018 hit Sprawlopolis. While Sprawlopolis focused on city life and building various commercial, residential, park, and industrial areas, Agropolis is centered on the countryside and its cornfields, livestock, orchards, and vineyards. The gameplay in Agropolis is very similar to Sprawlopolis so if you’re already familiar with Sprawlopolis, skip ahead to where I detail the differences between the two games and how you can combine both for one big Sprawlagropolis game (at least that’s what I’m calling it).

Agropolis is a cooperative game — with only 18 cards — in which players work together to form a countryside by laying out cards with the goal of scoring points and beating the game’s target score. This target score varies from game to game depending on the scoring condition cards initially set up.

Each card in Agropolis is double-sided: on one side the card is divided into 4 blocks featuring one type of each zone (cornfield, orchard, livestock, and vineyard), on the other is a ‘scoring condition’.

As part of setup, 3 random cards are set off to the side, scoring condition side up (similar to Circle the Wagons, another Button Shy game). The blocks on the other side of these cards are ignored, just like the scoring conditions on the remaining 15 cards will be irrelevant during gameplay. Then the numbers in the upper lefthand corner of each card are added together to give players their ‘target score.’ In order to win the game, players must meet (or exceed) this target score.

The start player begins by choosing one card from their hand to be added to the countryside and revealing it. Throughout the game, players are encouraged to discuss which cards they have in their hand, but they’re not allowed to show their cards. Once a card has been revealed, it must be placed in the countryside.

After playing their card, the start player passes the remaining cards (and their proverbial start player status) to the next player in clockwise order then draws a card from the deck so that they have 1 card in hand. Play continues in this way until all 15 cards have been added to the countryside.

When adding a card to the countryside, the following placement rules must be observed:

Agropolis ends when all 15 cards have been placed in the countryside. Players then earn (or lose) points for:

If the players’ score meets or exceeds the target score, they win.

Agropolis’ solo play is identical to the cooperative game; you’re still trying to create the best scoring countryside by placing cards until you’ve played them all. Like the starting player, you always have a hand of 3 cards to work with; after you play a card, draw a card to replace it.

Differences between Sprawlopolis and Agropolis (and Combining the Two)

The gameplay rules for Agropolis are essentially the same as Sprawlopolis; the changes in Agropolis are primarily thematic ones — cornfields, orchards, vineyards, and livestock blocks instead of commercial, residential, park, and industrial ones. Agropolis, however, does introduce a new (optional) way to make the game more difficult: the ‘Feed Fee,’ which thematically represents the need to feed the hungry livestock in your countryside. Many of the scoring conditions depict a feedbag and a livestock symbol below the card’s number. Increase the value of the target score for every matching livestock symbol on the 3 scoring condition cards.

In all other ways, Agropolis’ gameplay is the same as Sprawlopolis’ — this is true for both the multiplayer and solo games.

If you already own Sprawlopolis, the Kickstarter for Agropolis includes a free 6-card Combo Pack to mix the country life with the city life.

In essence, the Sprawlagropolis game works similarly to the standalone versions. The decks for both Sprawlopolis and Agropolis are used as well as 2 cards from the Combo Pack deck. One random card is used from each deck to make up the 3 scoring conditions for the game and then 1 card from the Combo Pack is placed in the playing area as the game’s starting card. The remaining Combo Pack cards are not used; the remaining cards from Sprawlopolis and Agropolis form 2 draw decks — one with Sprawlopolis cards, the other with Agropolis’.

Each turn begins by drawing 1 card from each of the decks, choosing 1 to play, and discarding the other. Unlike the standard games, there is no passing of cards or hidden information in Sprawlagropolis; when playing with other players, the drawn cards are placed faceup on the table.

When the draw decks are depleted, the game ends. Players score points in the usual way for each of the 3 scoring condition cards and lose points for roads (regardless of whether they are “city” or “country” roads). Then players score points for their 2 largest zones of Sprawlopolis blocks (commercial, industrial, residential, parks) and their 2 largest zones of Agropolis blocks (orchards, livestock, vineyards, cornfields). In this way, players are still scoring for 4 block groups (2 from Sprawlopolis, 2 from Agropolis). The target score is determined in the same way as the standard game; if players meet or exceed it, they win.

Disclaimer: Because of a very tight review window, I only played Agropolis and Sprawlagropolis solo. I have played Sprawlopolis multiplayer many times and since the solo game is so similar to its multiplayer counterpart, I don’t feel my opinion of the game would change. Nonetheless, I wanted to be transparent.

I love Sprawlopolis. It’s my favourite solo game. It embodies everything I want from a solo gaming experience: few components, minimal setup, quick yet challenging gameplay, and little upkeep. While I still enjoy playing the game multiplayer, it doesn’t compare to how much I love the solo game. So when I first heard about Agropolis, I was very (very) excited. A new standalone version based on Sprawlopolis’ game design with a cute farming theme? What more could an Uwe-game-loving, Euro-er ask for?

When I received my pre-production copy of Agropolis, I will admit I was a little disappointed when I read the rules and found that there weren’t many differences in its gameplay apart from the Feed Fee and new scoring conditions. However, once I played the game, I felt the same joy and love come through as I feel for Sprawlopolis — and I’ll admit that Agropolis won me over. The more I played it (and Sprawlagropolis), the more I appreciated the new and different scoring conditions and I realized what Agropolis has to offer. Yes, the general gameplay is the same, but the different scoring conditions force you to play the game in new and interesting ways, focusing your energies on maximizing different conditions.

I think potential Agropolis backers could ask one of two questions: if I don’t own either game, which should I get, or if I already own Sprawlopolis, do I need Agropolis?

For the first question, I would say get the version with a theme that speaks to you because the gameplay is so similar: if you like city building opt for Sprawlopolis; for a love of farming life go for Agropolis. Each game’s design is so clean and clever with a ton of variety and replayability built into a small package thanks to the double-sided cards and unique scoring conditions. Like its predecessor, Agropolis is wonderful and frankly a must-have for anyone who enjoys games with challenging spatial puzzles. (And if the gameplay sounds intriguing to you, it’s certainly worth picking up both games to add to your collection. It will only be a small hit to your wallet.)

The answer to the second question is more personal because honestly I don’t think anyone needs to own any board game and Sprawlopolis and Agropolis are no exception. That said, if you are already a fan of Sprawlopolis, Agropolis and the Combo Pack add more variety to the game’s original design thanks to the different scoring conditions and the extra challenge of the Feed Fee (although I have a hard enough time winning as it is without increasing the game’s difficulty). For me, this is enough to justify owning both games; Agropolis expands upon Sprawlopolis’ already incredible game design and offers new content and material. Besides, I have an easier time encouraging Sprawlopolis lovers to also check out Agropolis when the game takes up so little space and is pretty inexpensive ($10).

If you haven’t looked into Sprawlopolis before, now is the perfect time to check out its follow-up, Agropolis, currently on Kickstarter. If you were already enamoured with Sprawlopolis’ clean and brilliant design, I think you’ll find there is room on your shelf (and in your heart) for Agropolis. 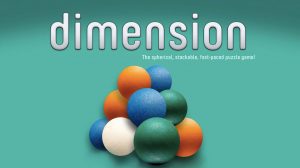 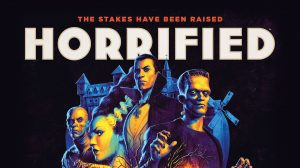 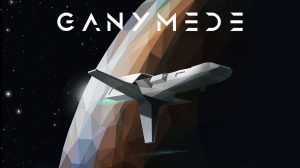