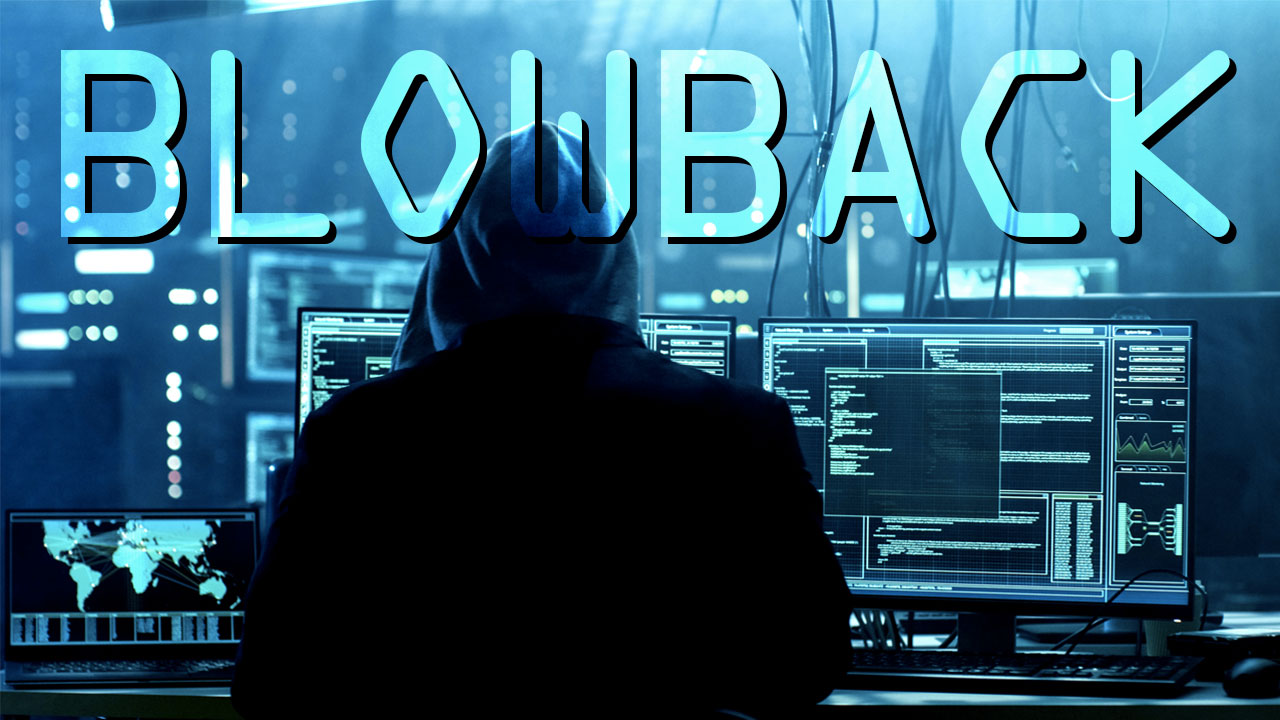 Five mysterious postcards arrive at your doorstep. But that’s not a problem for an elite detective like you, is it? Check out our review of Enigma Emporium’s Blowback.

It’s only been a year since your encounter with the shadowy organization known only as Ouroboros. A handful of coded postcards arrived at your door, hiding in their riddles a ciphered cry for help. Your clever decoding efforts helped an agent on the inside, taking one step forward to dismantling the Ouroboros. But is it really over? The envelope at your doorstep suggests otherwise…

Blowback, a new puzzle game from the folks at Enigma Emporium, offers a compelling sequel to 2018’s Wish You Were Here. Blowback is a direct sequel, but you don’t need to play the original to enjoy the twisting mysteries of the follow-up. Both games offer a similar core experience: a series of five beautiful postcards, all spun together with puzzles and codes. Since the games run on the same engine, you may want to check out our review of Wish You Were Here for another take.

Another Piece to the Puzzle

Enigma Emporium, the publisher of both Blowback and Wish You Were Here, occupies an interesting space in the puzzle world. Their works aren’t as narrative as the choose-your-own-adventure style mysteries like Sherlock Holmes: Consulting Detective. Compared to escape room games like the Exit or Unlock series, their work offers less direction and more sandbox investigation. At the same time, their postcards aren’t as deviously obtuse as larger initiatives like the Galactic Puzzle Hunt. Ultimately, Enigma Emporium does want everybody to get to the solution of their puzzles… but you’re gonna have to work for it.

Puzzles in Blowback are equal parts smart and subtle. At first glance, it may not even be obvious which elements of a card constitute a puzzle— is this just a scenic vista, or does the number of trees there tie into the position of the clouds? Is this a stylish font, or a clue buried in the way the t’s are crossed? The postcards are densely layered with pointers and possibilities. Fortunately, to keep you from going totally bonkers, every postcard is pretty much self-contained: puzzles don’t really cross over from one card to the next. That said, you could be looking at one card for a while unravelling its secrets.

Which is good, because these postcards are gorgeous. Beyond just clever graphic design, the developers of Blowback have worked to make every card a kind of artifact. At first glance, the postcards could easily be taken as real mementos, sent by a jet-setting friend. I’ve had Wish You Were Here displayed prominently on my fridge for the past five months. I suspect I’ll do the same for Blowback… the cards are just really pretty.

In fact, every piece of Blowback lives up to its predecessor. The puzzles, the design, and the challenge are all just as well-made as the game that came before. There’s even a fun little punchline at the end of Blowback that makes the ending feel all the more worth it… but I won’t spoil the surprise for you.

This part of the review is as much for my future self as it is for you, dear reader: Enigma Emporium’s products are probably best enjoyed in multiple sittings. For Blowback, I gathered my favourite couple of gamers — Kathleen and Ashley, fellow writers with Meeple Mountain — and we settled in for a night of puzzling. We gathered our supplies: laptops, pens, paper, and a generous supply of tea.

Something like four hours into unravelling the many knots of Blowback, we felt ourselves unravel a bit, too. See, these puzzles… they’re hard. We made a plan in advance that we would split the adventure out over a couple of nights, because you really do start to go a little bit crazy. Right before we called it a night, I found myself dancing to the repeated voice synthesizer of Google Translate. Unfortunately this may say more about me than it does about Blowback.

A couple days later, we reconvened to finish the puzzle feeling totally refreshed. I’m really glad we parcelled out the work the way we did. In spite of the strong drive to finish just one more puzzle before you close the books (or open the hints), it was a lot more satisfying when we took things at a reasonable pace. All I’m really saying here is that, in my experience, Enigma Emporium’s puzzles are better when you pace yourself.

Now that I’ve embarrassed myself with confessions of temporary insanity, I should probably wrap this review up: Blowback is a deviously clever collection of smart puzzles for curious people, and stands up exceptionally well next to its predecessor. I see a bright future for the folks at Enigma Emporium.

Blowback (Wish You Were Here, Part II) is now available on Kickstarter. A free copy of the game was provided for review purposes, but my thoughts are my own.

A Euro Gamer Meets a Genie

Silk Review – Out to Pasture

The Enigma Emporium Presents: Wish You Were Here Review

Protecting Your Game Collection: 4 Threats and How To Avoid Them