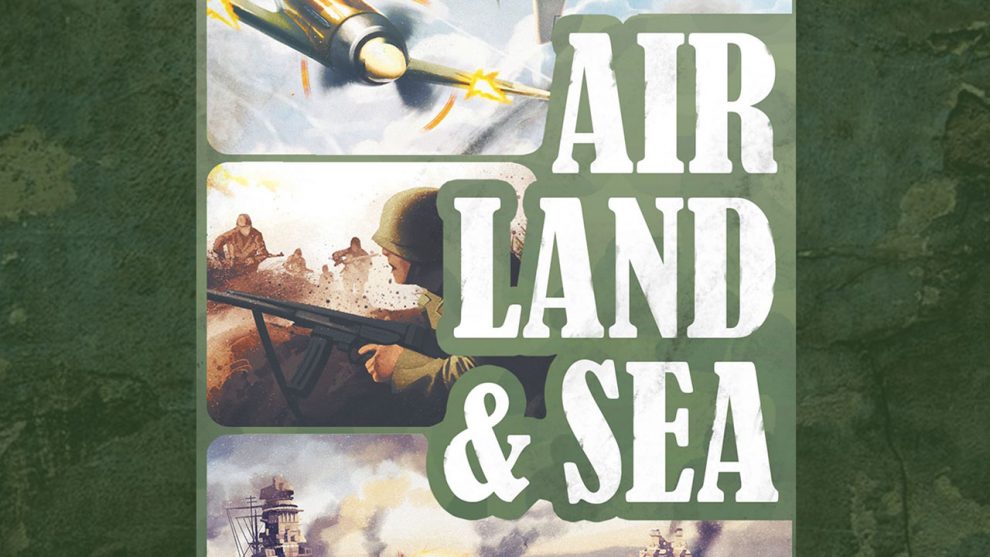 David McMillan @FeldFreak
1 Comment
Sun Tzu famously said: “Attack is the secret of defense; defense is the planning of an attack.” Find out how you can hone your warcraft in our review of Air, Land, & Sea.

Designed by Jon Perry and published by Arcane Wonders, Air, Land, & Sea (AL&S) pits two players against each other as they vie for control of two of the three different theaters of war. The game, divided into a series of rounds called ‘Battles’, consists of eighteen Battle cards with six cards for each theater (the titular Air, Land, and Sea). These are numbered from 1 to 6. In between the players are three Theater Boards: one each for Air, Land, and Sea. At the beginning of each round the players receive six cards apiece and will then take turns playing those cards to the different theaters following specific placement rules.

A card can only be played into the theater to which it belongs OR it can be placed face down into any theater of the player’s choice. Cards played face up provide strength equal to their printed value as well as access to their special abilities. Cards placed face down do not provide anything other than a strength of 2. Once the last player has placed their final card, each theater is scored. The player who has brought the most strength to bear in a theater wins for that theater and if one player has won at least two of them, they win the round and gain victory points. Once one of the players reaches a targeted amount, depending upon the game mode, they will win the game.

This is a high level overview of the game. If you’re just interested in what I think of the game, feel free to skip ahead to the Thoughts section. Otherwise, read on to learn how to play Air, Land, & Sea.

Setup for AL&S couldn’t be easier. First, the three Theater Boards are set between the players side by side (the order doesn’t matter). Next, shuffle the eighteen Battle cards together and deal out six to each player. These become the players’ hands. The remaining six are set aside in a face down pile. Shuffle the two Supreme Commander cards and deal one to each player face down. Then the players flip them face up to determine who is the first player and who is the second. Set the victory point chits off to the side for now and you are ready to begin playing.

Beginning with the first player, the players are going to take turns playing a single card from their hand into one of the different theaters. As mentioned previously, any card played face up must match the theater that it is being played into. A player can place any card face down into any theater of their choice, though. After placing their selected card, if it was played face up its unique ability triggers, providing there is one. Using these abilities to cleverly manipulate the cards on the battlefield is the meat and potatoes of AL&S.

With the exception of Maneuver (there’s one per theater type) which will flip a card in an adjacent theater, every card ability in the game is unique. I’m not going to provide an exhaustive list here, but in general these abilities will do things such as:

And there are other cards, too. With the exception of the 6s in each theater type which have no abilities at all, every other card in the game has one. Figuring out how to cleverly use these to your advantage is key to doing well. 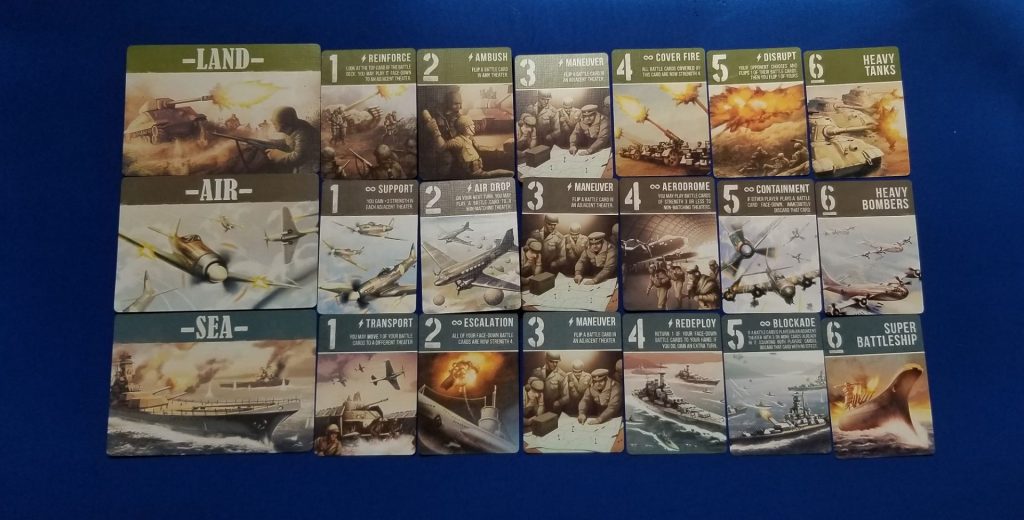 Once each player has played out their hand, each theater is counted up to determine the winner of that specific theater. If one player manages to win two of them, then they win the Battle and are awarded victory points. The amount earned depends on the game mode of which there are two: beginner and normal. In beginner mode, each Battle won earns one victory point and the first player to earn three wins the game.

Normal mode changes things up a bit. In normal mode each player is vying to be the first to accumulate twelve victory points. However, the total points earned per Battle depends on whether or not the losing player withdrew early and, if they did, how many cards were left in their hand when they withdrew. In normal mode, if you feel like you’re going to lose, you can tactically retreat. The more cards left in your hand when you retreat, the fewer victory points your opponent will earn. If you do slug it out until the end, though, whoever wins the Battle earns six points. 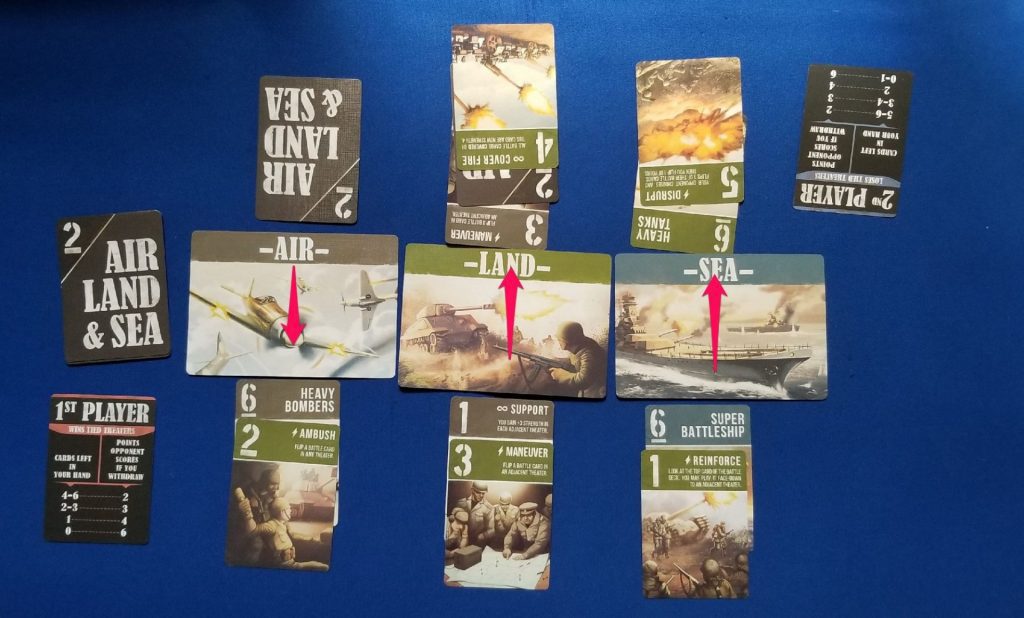 Regardless of the outcome of the Battle, if nobody has reached the target victory point value yet, the theater cards will change order with the card in the third position sliding into the first and the others sliding one position to the right. The eighteen cards are shuffled together, each player is dealt six cards, and a new Battle commences.

I love playing two player games with my wife. They’re typically fairly easy to set up, play quickly, and they don’t require a lot of table space. In today’s work-from-home world any game that I can get to the table during the day when our precocious and curious toddler is at daycare is a welcome sight. That’s why I was glad to review AL&S when it was offered to me. The problem, though, is the game’s theme. If you’re not a wargamer (which my wife and I are not) then a game about World War II probably isn’t going to be of much interest to you. And I found that this was true for us. Once I’d gotten the game, it sat there looking at us for a week or so before my guilty conscience convinced me to give it a try.

That was a week that I could have been playing Air, Land, & Sea.

While the theme didn’t grab me right away, the game play definitely did. In these few eighteen cards, Jon Perry has managed to cram a very clever cat and mouse game that keeps you guessing. I liken the sense of playing AL&S as Sherlock Holmes squaring off against the likes of Moriarty or Light Yagami and L trying to outwit one another in the anime Death Note. Each player is put into the position of trying to lure their opponent into a carefully laid trap while attempting to avoid falling into the other player’s trap themselves.

It all comes down to those face down cards. Is your opponent playing that card face down because they have nothing better to do with it or are they planning to flip it later on to gain some advantage? With only eighteen cards in the game, you can eliminate six possibilities right off the bat. Furthermore, you can also eliminate any card that’s already been played into their playing area, but that still leaves a lot of possibilities. So, is this a fake out or are they actually planning something? Should you overextend in one theater to answer this possible threat or focus your efforts on trying to instill paranoia and doubt in them? 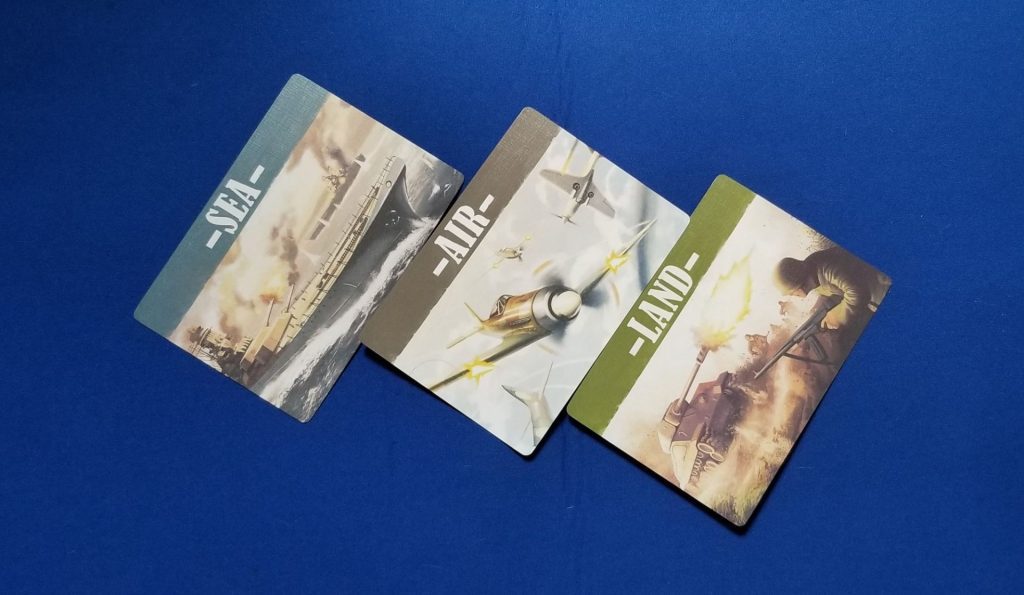 And all of this subterfuge and trickery comes in a small package that you can play during a work break. Each Battle only takes a couple of minutes but those few minutes are some of the most finely crafted minutes I have ever experienced in a game of this size. An entire game of AL&S usually only takes between fifteen to twenty minutes but it feels like I’ve played a much larger, much longer game than I actually played. This inevitably leads to another game which leads to another and…well, you get the picture.

Suffice to say, I didn’t expect to like AL&S initially, but I’ve been surprised with just how much I thoroughly enjoy it. Short play time. Big decisions. Small box. Small footprint. Easy set up and teach. And at a $15 to $20 price point, it’s easy on your wallet, too. What’s not to like about that? 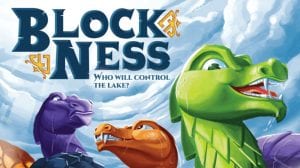 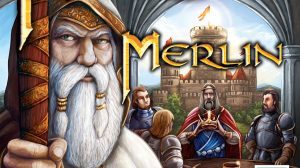 King Arthur’s exploits are legendary, but even legends fade away. Merlin asks the question: who will succeed the throne once King Arthur’s gone? It could be... 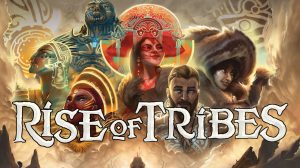 The world is your oyster. Your tribe needs your guidance to expand and thrive. Read our Rise of Tribes review and find out how to guide your tribe to greatness. 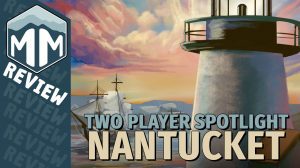