Andy Matthews @commadelimited
Add Comment
There are 195 countries in the world, here are some board games named after them.

Board games have been around for thousands of years, almost as long as the notion of “countries”, arbitrary geo-political regions “owned” by one group or another. Some of the games on this list are conflict simulations and directly relate to the country they depict, others are only related in name. But they all have something in common with each other, each of these games are named after a country. 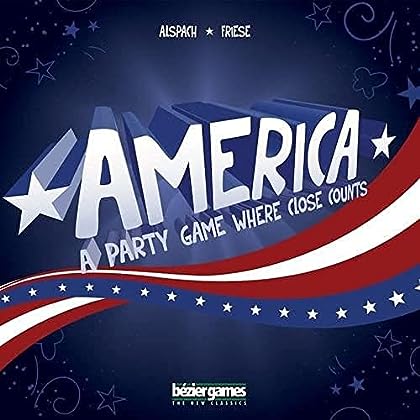 2016
America is the party trivia game for people who don’t like party games. You don’t have to be right, you just have to be close. Use your knowledge of popular culture, and a clever wit to earn points even when you don’t have the answers!
More articlesBuy a copy

2018
Springing from the mind of master game designer Martin Wallace, AuZtralia is a “train game” unlike any other. Cthulhu and his minions have settled in the outback of Australia and players must band together to defeat him once and for all. Gather resources, prepare your military strength, hope for the best, but plan for the worst.
Read our review More articlesBuy a copy

2006
Fiji is a set collection game from veteran designer Friedemann Friese. Set in 1777, players will trade with island natives, attempting to collect shrunken heads for museums back home. Make offerings of glass beads and trinkets to match various conditions each round to be the player with the most points.
More articles 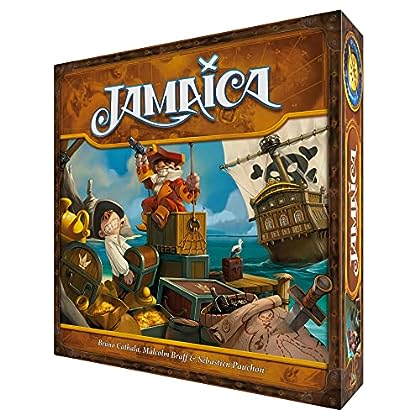 2007
Jamaica is a pirate themed racing board game with some of the best artwork and components around. Be the first pirate crew to complete the race around the island and earn the favor of the pirate governor Captain Henry Morgan himself.
More articlesBuy a copy

2019
Focusing on the events of World War I, between August 4th and August 27, 1914, Brave Little Belgium is a two player asymmetric war game which casts one player as the Germans (attempting to travel through Belgium as quickly as possible while destroying two key fortifications), and the other player as the Allies (who will try to stop the German player).
More articles

2019
A “heist game” you say? That’s right, Bahamas takes place in a plane with 4-8 criminals escaping from the perfect bank robbery. The problem is that the plane is going down and there aren’t enough parachutes. Lie, cheat, and steal your way into your share of the cash and one of the parachutes to come out ahead at the end of the game.
More articles 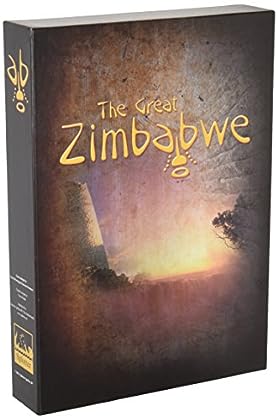 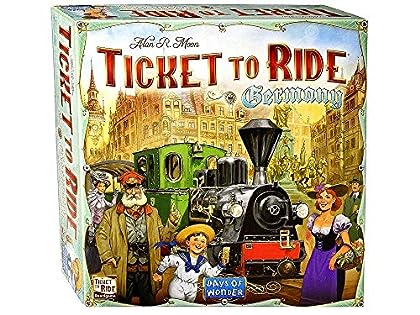 2007
Cuba was a lovely place before the Revolution. In Cuba, compete with other players to earn wealth and influence by buying and selling your goods, as well as making sure your delegates to Parliament are elected.
More articles

1999
Egypt is a light card game which simulates 3,000 years of history in one of the cradles of human civilization. Play the highest scoring hand each round to earn control of the country and score even more points.
More articles

2009
In superb meta form, Micronesia is a tile placement, civilization building, and area control game all rolled into a 45 minute play time. 3-4 players do their best to explore and settle the island chain, build new villages, and take actions based on the roles each player is assigned.
More articles

2013
Kenya is a light card game about gathering herds of like animals. Each player begins the game with a unique goal card which gives them direction for the game. As animal cards are played to the table, their special abilities are triggered which allows players to manipulate the herds to achieve their goals.
More articles

2016
For centuries, the Jemaa el-Fnaa market square in Marrakech has been home to some of the most skilled and talented artisans in the world. In Morocco players continue this tradition to claim stalls for water sellers, rug merchants, and food sellers, and send their workers out into the market to sell sell sell.
More articles

2011
Peer Sylvester, a Meeple Mountain favorite designer, asks players to act as merchants in the small port of Singapore. Expand into the city by constructing new buildings, and sending your workers out into the markets. Will you take advantage of black market spaces to rapidly expand your holdings, at the risk of being fined by the authorities?
More articles 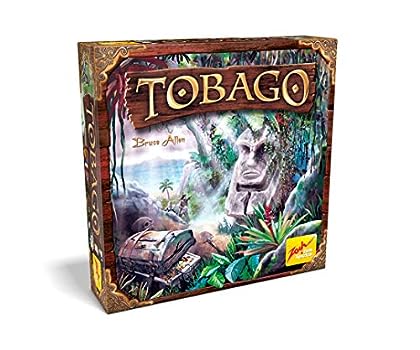 2009
Ready for a treasure hunt? In Tobago, players use their powers of deduction to find treasure locations on a modular board. Once the location is identified, they must race to be the first to secure the treasure and win the game.
More articlesBuy a copy

2022
Trinidad is set in the late 16th century and covers a 120 year period of growth and prosperity on the island. Players will send out multi-purpose workers to construct buildings, develop the harbor, and promote diplomacy with other countries.
More articles