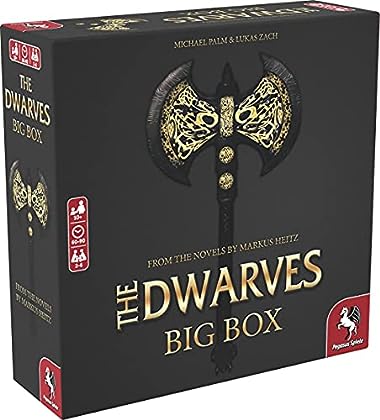 The Dwarves face the dark threat of Orcs, Trolls and Älfar. To defeat evil they have to join forces and coordinate their actions. Based on the series of novels by Markus Heitz, the cooperative game for 2 to 6 players aged 10 and up throws players into various scenarios, in which they have to spend their action points wisely each turn, to gather equipment, fulfill missions, use their special abilities, travel the country and fight back the ever-advancing menace before their land succumbs to darkness.

The Dwarves Big Box combines 2012’s award-winning base game, the large Saga Expansion, the New Heroes Expansion, the story expansions Combined Might and The Triumph of the Dwarves as well as the Älfar Expansion in one appealing, highly re-playable package.

The Rocketeer: Fate of the Future Game Review