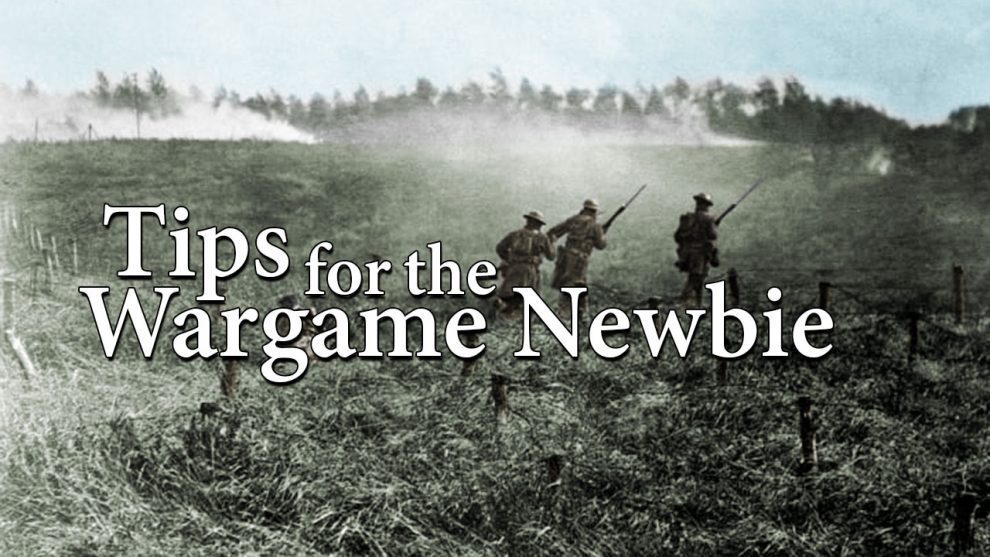 Dave Wood
8 Comments
You’re a gamer, but you’ve never tried playing a wargame. Do you dare? Find out more about this genre of gaming with Tips for the Wargame Newbie.

You finally decided to take the plunge and try wargaming. So, where do you start? After all, there are so many games out there from lots of different publishers, not to mention different types of wargames with different game mechanics. The sheer number of choices can be daunting to someone new to the hobby, even if you’re a board gamer looking to try wargames. Here are some tips for helping you make the transition from newbie to grognard.

I recommend you begin by deciding on the type of wargame you want to play. There are three general categories: hex and counter, block, and miniatures.

Hex and counter wargames use cardboard counters, also known as chits, to represent combat units. Examples include Holland ‘44, Poland Defiant, and Reluctant Enemies. These counters move on a map with a hexagonal grid that regulates the movement of those units. Some games use a point-to-point system to regulate movement on the map (e.g., Paths of Glory), while others use irregularly shaped areas (e.g., Breakout Normandy). Regardless, what hex and counter games have in common and what differentiates them from block wargames in particular, is that there is little or no hidden information. You see all units, yours and your opponent’s, which means they are usually solitaire friendly.

Holdfast, East Front, and Hammer of the Scots are good examples of block wargames. It is nearly impossible to play a block wargame solitaire. That’s because the units are represented by wooden blocks with the unit information (type, strength, movement, etc.) only visible on one side. The side facing your opponent is blank. This is great for creating the fog of war, but if you try to play both sides, then you circumvent the whole reason for playing a block wargame in the first place. Consequently, if you intend on playing solitaire as many wargamers do, then block wargames are probably not a good place to start. If, on the other hand, you have friends who are also interested in playing them, then go for it.

Miniatures are exactly that; rather than cardboard counters or wooden blocks that are abstract representations of combat units, the units are life-like miniatures of the real thing – miniature soldiers, tanks, ships, etc. Examples include Warhammer, Bolt Action, and Tide of Iron. The “map” is also made up of miniature terrain features (trees, hills, rivers, and so forth). These games tend to be on the tactical level because they can take up a lot of space and are also not conducive to solitaire play. They can be quite expensive too since you’ll need to purchase a good number of miniatures in order to play even the most basic game. Cardboard or wooden blocks are a lot cheaper to produce. On the plus side, miniatures just look cool.

How to Pick the Right War Game

Given the above, you may want to start with a hex and counter wargame. There are plenty of titles available, the entry cost is low, most have a reasonable size footprint, and many can be played solitaire.

I received my first wargame as a birthday gift from my father when I was a teenager. I wanted Third Reich because I saw it in a store and loved the box cover art. But back in the dark ages before the internet, your choices were limited to what you could find in brick and mortar stores. So instead my father purchased Panzer Leader. That was all that was on the shelf the day he went to the store. In retrospect, that was a better choice for a new wargamer given the relative scale and complexity of these two games (more on scale and complexity later).

Today, wargamers have plenty of online resources to help them make smarter decisions. BoardGameGeek and ConsimWorld are probably the two most well-known and used websites, and they are good places to begin your search for the right game. Start by choosing a setting or period that you find interesting. Is it World War II, the U.S. Civil War, the War for Independence, the Middle Ages, Greco-Roman times, a futuristic or fantasy setting, or some other era? Within that period, what war, campaign, operation, or battle most interests you? If you don’t find the topic of the game interesting, you will likely not get it to the table. Finally, ask yourself what scale you prefer. Scale refers to whether the game is at the tactical, operational or strategic level. As you go up in scale, the more abstract the game rules become.

For each possible game on your list, watch videos and read reviews. I typically look for unboxing videos to see what the components look like and what reviewers say about the quality of those components. A game should not only play well, it ought to look good on your gaming table and be made to last a lifetime. If you don’t find a game visually appealing, then chances are it won’t get to your table often. I also watch video reviews or read articles from someone who has played the game. There are a lot of great reviewers out there who perform an invaluable service to the wargaming community. Most don’t get paid. For them it is a labor of love and it shows. Try to watch or read reviews from different people because personal preference does impact what a reviewer may like and dislike. Some of my favorite reviewers are Marco Arnaudo, Grant and Alexander at The Player’s Aid, Stuka Joe, and The Gimpy Gamer.

If you find a game on a topic of interest that looks great and has good reviews, consider complexity, playing time, and solitaire suitability. If you’re new to the hobby, a highly complex “monster” game with hundreds of pieces and a playing time in the dozens of hours is not a good place to start. Most wargame publishers will rate their games on these factors. However, you should also see what gamers think and BoardGameGeek is a great resource for this. They provide an overall rating for each game based on gamer reviews along with the playing time, number of players, weight (i.e., complexity), and individual reviewer comments.

Finally, my last piece of advice on picking the right game is to find one that is part of a series of wargames. Many game designers will develop a game mechanic and rule set that can be applied to multiple campaigns, operations, or engagements. That means that if you like the first game, you can purchase others in the series with high confidence that you won’t be wasting your money. It also makes learning the other games easier.

How to Learn the Game

Speaking of learning, I would be remiss if I didn’t end with some tips on learning how to play a wargame for the first time. Quite frankly, some wargame rulebooks can be intimidating. The number of pages and density of text may be off-putting to a new player. Back in the 70s and 80s, rulebooks were mostly black and white with little or no illustrations. With the advent of desktop publishing technology, the industry has gotten a lot better. Today’s rulebooks are more colorful and have plenty of illustrations, and the games themselves often come with player aids to minimize the amount of searching through the rulebook.

When you get your game, start by laying out the components. Most rulebooks contain a section that explains the components (units, markers, map, player aids, etc.). Get acquainted with the bits and pieces before you get into the rules. Next, review the turn sequence – the order that events take place during the game. This will give you an idea of how it flows. Then scan the rules to grasp the major concepts. Don’t read the rules word-for-word, at least not yet. Wargame rules can often be very dense. That’s because they aim to be unambiguous and cover all possibilities. It’s better to get a feel for the overall concepts before reading through all the edge cases. Next set up the game. Don’t jump to the full campaign scenario, rather choose the introductory or learning scenario if there is one. Some games may include an extended example of play. If so, set that up and follow along with the example or find a playthrough video online and alternate between watching the video and pausing it to play along with your copy.

You will make mistakes, but that’s perfectly normal. After you’ve played solo a few times, go back and read the rules in more detail. If there are rules you find particularly confusing, chances are others have felt the same way. See if there are any rules errata or clarifications posted online either at the publisher’s website (sometimes referred to as “living rules”) or on BoardGameGeek. Most game designers and wargame enthusiasts are only too happy to answer questions.

Once you get into the hobby, you’ll learn that there are common rules and standard conventions used across most wargames. As such, the learning curve becomes easier the more wargames you play. Don’t forget to have fun in the process. This shouldn’t be like work. If need be, do what I do: watch a good documentary or a favorite movie about the historic event you’re playing to get in the mood. Then see if you can change history. 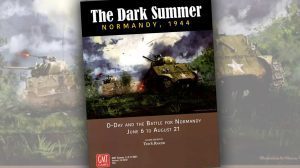 With many wargames covering the Normandy campaign of 1944, is there really anything new about GMT Game’s The Dark Summer that would make you want to add it to... 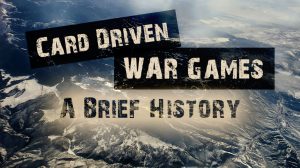 A Brief History of Card-Driven Wargames

Wargames are more than just hex and counter variety. Take a journey through time to see how cards have transformed the face of wargaming. 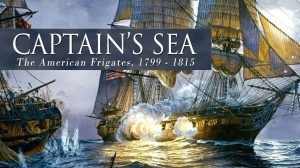