There are many reasons to love Mysterium. It’s beautiful, both mechanically and visually. It allows for up to seven players, but it easily works as a two-person adventure. The concept is interesting: the ghost gives the medium “visions” to show them how the ghost died. And it’s a relatively quick game since players have seven rounds to guess the who, the where, and the how of the murder, using only these visions to guide them.

I have played a lot of Mysterium over the years because I love the game so much. It’s quirky and fun to bust out in a group. I never get tired of the beautifully illustrated visions and I like seeing how different people approach the game, especially as the ghost. Do they hand out vision cards that are literal, with objects that resemble the card they are trying to describe? Or do they hand out cards that are closer in color and vibe to what they want me to pick? It’s all very subjective and there is no right way to play it. 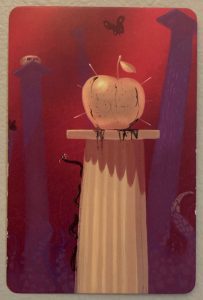 For instance, play this card during the “who” phase and you were telling the other person to pick the doctor, since an apple a day keeps the doctor away.

Mysterium is one of the first games my boyfriend Dan bought when we started dating. We would take it on trips to visit our families for holidays and to game nights with friends when I was just starting to meet people in Nashville. We would also play with just the two of us, unwinding after a long day of classes or work. We played so much that we started to break the game a little bit. Certain vision cards were becoming automatic tells.

Eventually we slowed down on playing Mysterium. Getting the expansions helped combat this, but with so many other board games to play, we rarely pulled it out in 2019.

However, on the first Saturday in July, Dan and I decided we would head out to brunch. We had just celebrated our four year dating anniversary, I was starting a new position at work, and it was the first Saturday we both had off in a few months.

Dan volunteered to be the ghost and I went about making myself a cup of tea. It took him a little longer to set up than normal, but once he was ready, we were off solving this crime.

I guessed the who easily. This is one of my favorite cards in the whole series. Along with gaming and cooking, I love gardening. The woman in the picture even dresses like I do and in a game that can sometimes skew grim, it’s a lovely card to see. 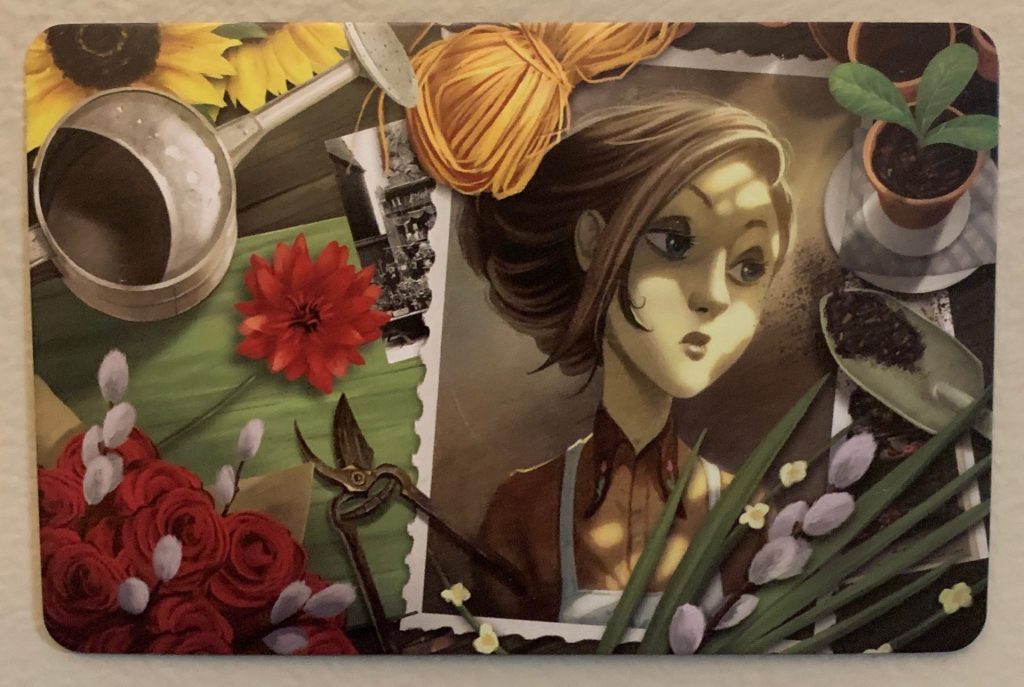 The where took me forever to guess. I wasted four turns trying to decipher the visions. They all seemed to have lakes or ponds in them — did that mean I should guess the bathroom? I was a little frustrated, but joyful when I finally got the correct card. 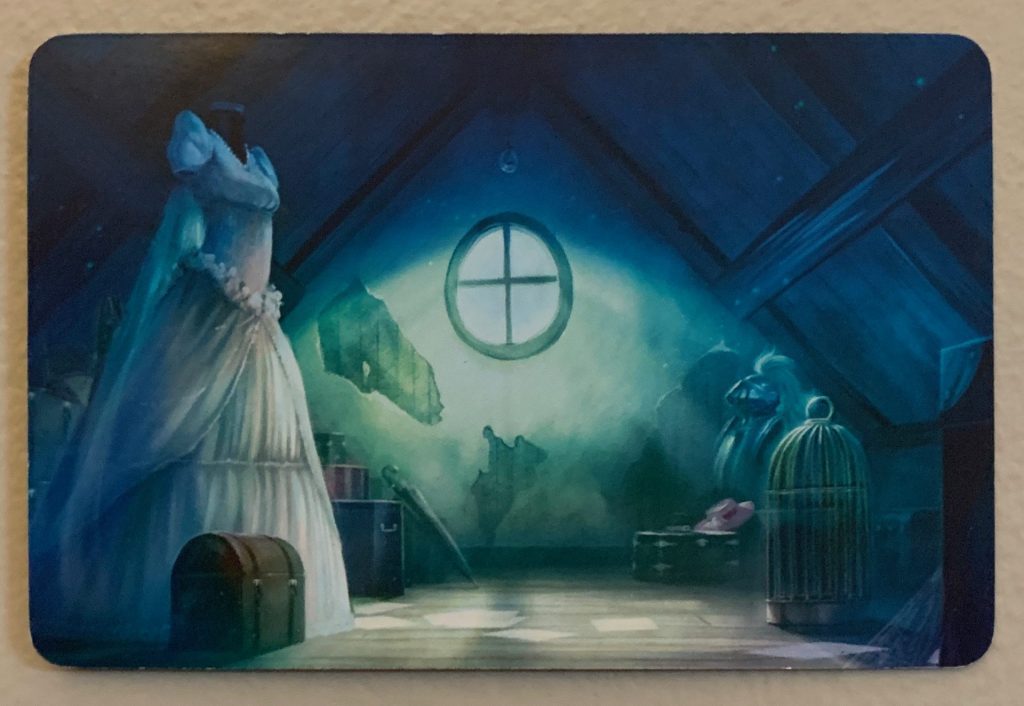 Now, I should have seen where this was headed, but I was focused. I only had two chances to guess the correct object before time ran out and we lost the game. Luckily when Dan laid out the vision cards, I was pretty certain it was between two possible objects: the block and the ball. I guessed the block and was wrong. “Okay, I think I know what it is now. Coming down to the wire on this one,” I said. 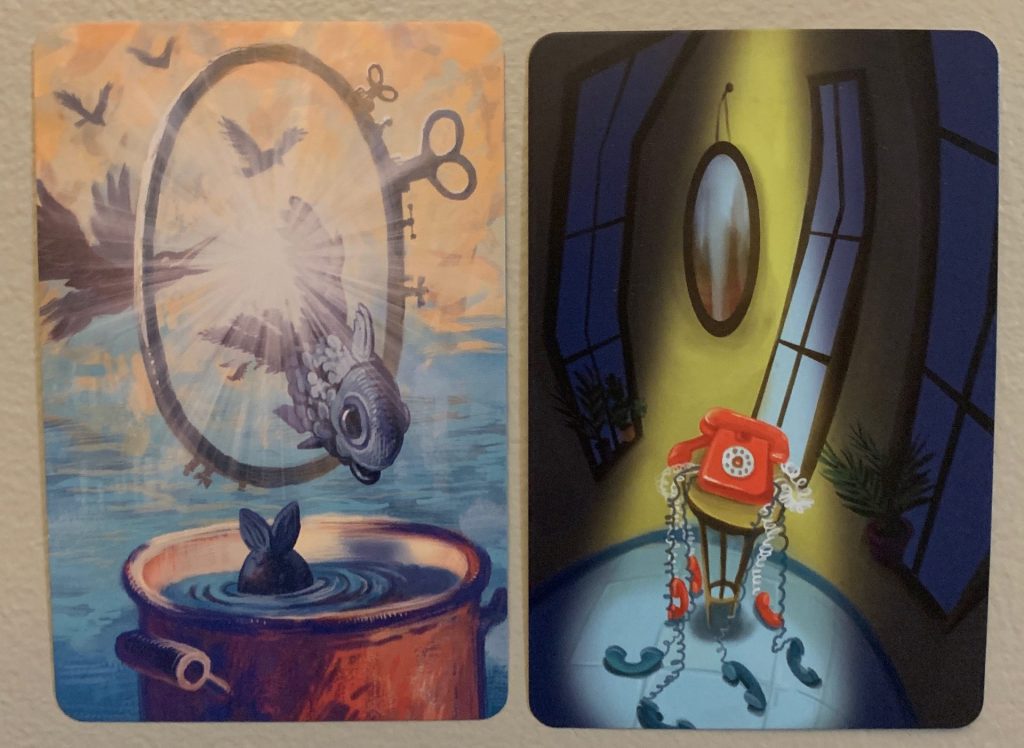 Dan gave me the cards pictured above and I triumphantly picked the ball. “Got it!” I said.

“Nope, that wasn’t it,” he said, pointing to the cards in front of me. “What does this look like? What sound does this make?”

“Oh, well that’s because I have it.” Dan slid out of his chair and got down on one knee.

Good people of the Internet, let me tell you I was so stunned and so genuinely shocked that I didn’t even register what had happened. My brain went from “Wait, that’s not how you play the game” to “oh holy crap well done” to “oh yes, a thousand times yes” in the span of a second. After calling our family members and texting a few friends, we did finally make our way to brunch to celebrate our engagement.

So, dear readers, it is easy to see why I love Mysterium so much. It was the perfect proposal for these two tabletop nerds. 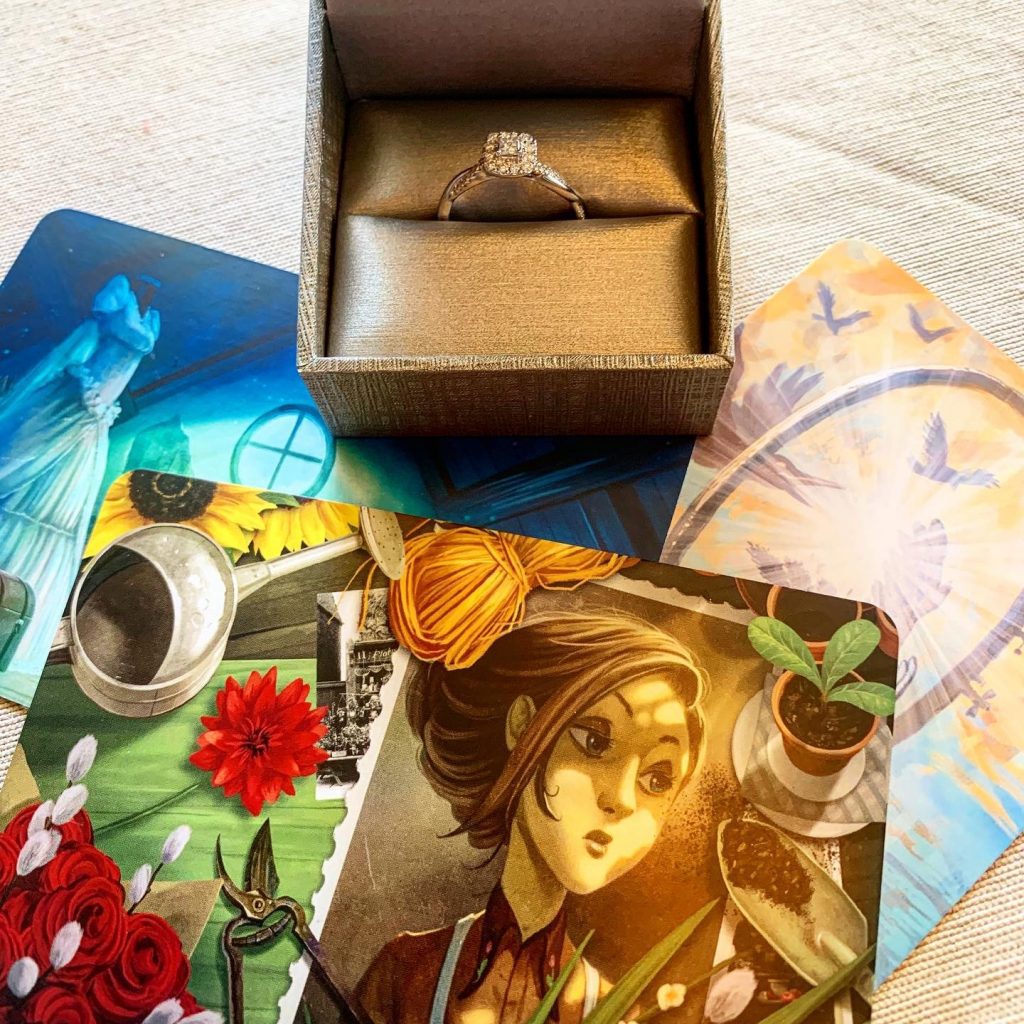