Tom Franklin @fivecatslairdfivecats
Add Comment
In First Take Fridays we offer hot takes on games that are new to us. This week we have FYFE, Scout, Namiji, Modern Art, and B-Movies. 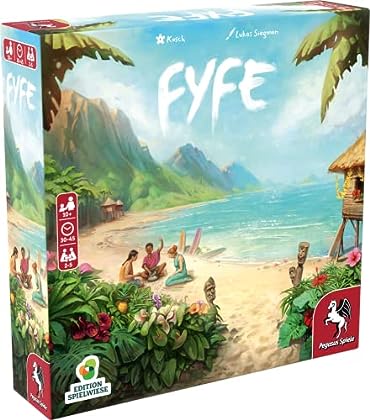 Get a copy from Amazon
In FYFE, you’re drawing tiles from a bag and playing them into your own personal scoring grid. The trick is: you’re the one dictating the scoring criteria and those decisions are largely driven by the random tiles you draw from the bag. This aspect reminds me a lot of Downtown Farmer’s Market (DFM) which I reviewed previously. The difference being: in DFM, you set your scoring criteria before the game even begins and the tiles are drafted from a lineup instead of randomly being drawn from a bag. Those differences aside, FYFE provides a similarly satisfying experience.

I knew next to nothing about this game before I dug into it, but I was pleased with how easy it was to learn and how challenging it was to play it. I am eagerly looking forward to the next game. Keep an eye out for my upcoming review!

SCOUT was nominated for the Spiel des Jahres this year and so anticipation going into my first play was quite high. You’re trying to earn the most points by playing sets of cards from your hand, beating the last played set using a set of rules similar to poker. But you not only have to one up the player who came before you, you have to do it without being able to rearrange the cards in your hand—that’s right, you keep the cards in your hand in the order in which they’re dealt. SCOUT is an easy game to play, but requires a decent amount of mental gymnastics. You have to think ahead as to how single cards removed from your hand can set you up for future moves. You can also “scout” (or steal) cards from the previously played set, with the understanding that you’re giving that player a point. All in all SCOUT is a solid game and one that should hit the table quite often. 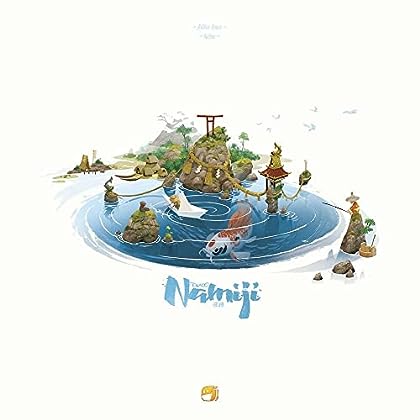 With Namiji, Antoine Bauza seems to have created the impossible—a game even more relaxed than Tokaido. At a glance, the two games are obviously cousins, but Namiji offers a few new twists. Fishing involves collecting tokens into a grid, trying to align them according to color and shape. Shrimping involves push-your-luck bag pulling, hoping to avoid the crabs. Rather than a Temple, the Offering is casting your paper boat to the sea to reduce the negative point value looming at the end. But don’t worry, you’ll still have the chance to paint a panoramic or two on this gentle sea.

Perhaps the most significant change, and the wellspring of extreme calm, is Namiji’s removal of money from the game’s equation. There are no prices on the fish in the sea, no worries about the ability to afford shrimp. At each of the game’s docks—the mirror to Tokaido’s Inns—rather than purchasing meals, players are given a special ability that remains for the rest of the game. Without the roadblock of coins, the tension on this sea comes from deciding which utterly available option is most appealing from moment to moment. It plays in half the time of the original, so it’s a breeze no matter how you look at it. 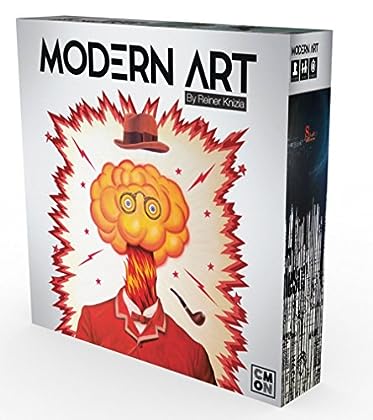 Get a copy from Amazon
I finally got Modern Art, one of Reiner Knizia’s great auction games, to the table and boy, was it worth the wait. In most auction games, you just need to keep track of your money for your own purchasing purposes, but in Modern Art, you’re paying the other players. Every painting you buy puts money in the pocket of one of your opponents. My group didn’t really think about that. Nobody played well. It was a disaster from start to finish. Boy, did we have fun. 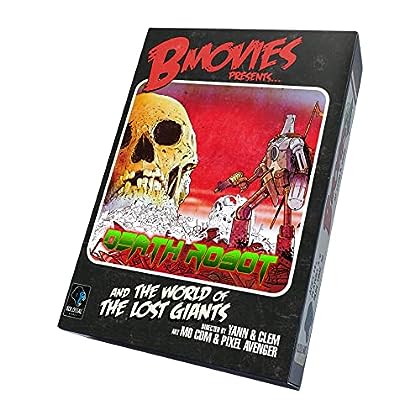 Get a copy from Amazon
Ever thought you could come up with the pitch for some really awful movies? Here’s your chance! In B Movies you’ll be dealt five cards, each with a word you’d expect to see in such pitches: Zombies; Cursed; Mutant; Octopus; Killer; Radioactive; Tornado, etc. You’ll choose up to four of these and deliver your movie pitch to your fellow players. (“After an underwater nuclear explosion goes horribly wrong, beach-goers on an island paradise are terrorized by The Radioactive Mutant Killer Octopus!”) Other players will vote to see if the ‘film gets made’ (i.e. you—and they—score points).

This is a game that fits solidly in my category of Stupid Fun. We definitely laughed more than we thought we would, and that makes it a winner in my book.