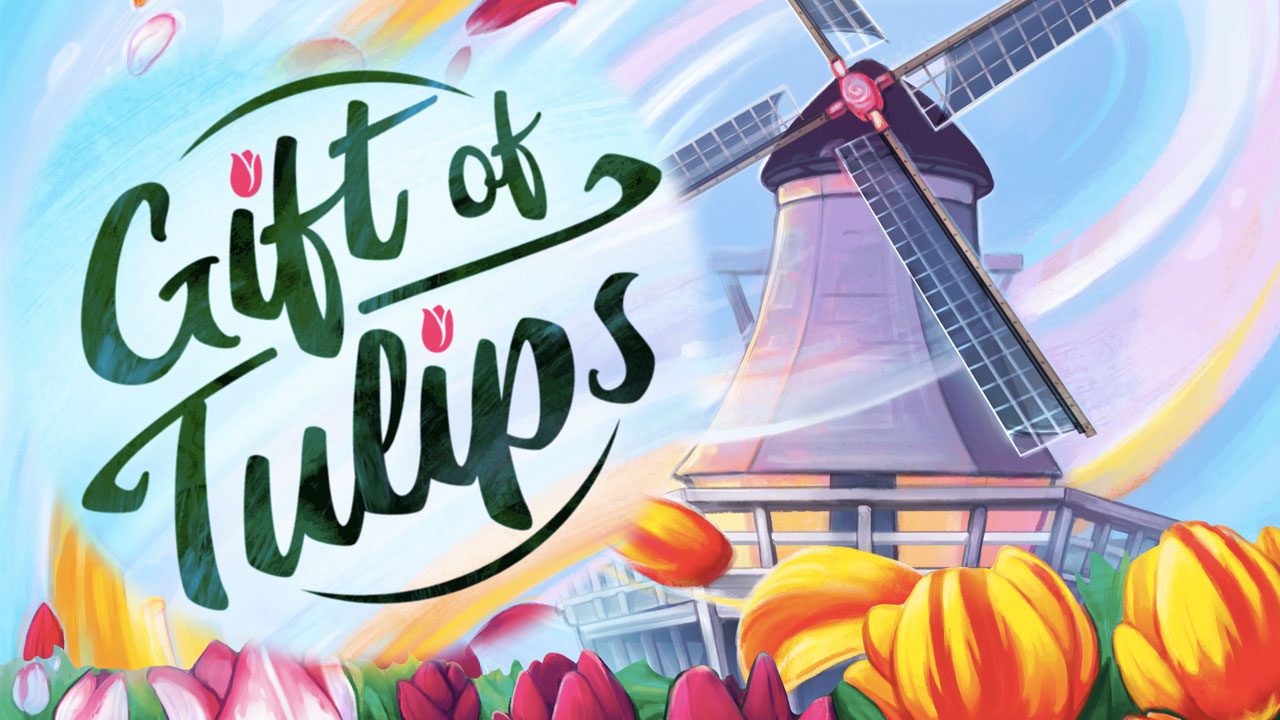 David McMillan @FeldFreak
Add Comment
Come join the tulip festival, but don’t be stingy with the flowers! Give the Gift of Tulips!

If you’re like me, when you think of a tulip you construct an imaginary scene in your head of a young Dutch girl, clad in her fanciest Volendam costume (complete with the peaked cap with the upswept wings and, of course, wooden clogs), holding a basket of tulips in her hand as she walks along the riverbank, windmills towering behind her. And while this may be a semi-accurate representation of a modern day tulip scene, it wasn’t always so. Tulips didn’t come to the Netherlands until the 1630s.

While tulips had probably been cultivated in Persia from the tenth century they did not come to the attention of the West until the sixteenth century when Western diplomats to the Ottoman court observed and reported on them. Soon thereafter a frenzied tulip exchange ensued with fortunes won and lost in the tulip trade. This insignificant flower quickly became a symbol of status and power. But it didn’t take long for that market bubble to burst. Building an economy on the back of a plant that’s freely available in the wild and can grow just about anywhere is never a good idea.

Today tulips are regarded less for their rarity and more for their beauty. And that is as it should be. This ubiquitous flower has become synonymous with The Netherlands and its people, and it’s an association they have done very little to dissuade. In fact, they embrace it. Each spring towns all across The Netherlands host their own tulip festivals to appreciate and honor this natural marvel.

Gift of Tulips, by new designer Sara Perry, takes place during one such festival. Each player is a tulip enthusiast trying to build up the most colorful bouquet while also gifting tulips to their friends. On their turns players will draw two cards and perform one of three possible actions with them: keep them for themselves, give them to someone else, or add them to the Festival. Keeping them earns the player end-of-game points based on each tulip type’s overall value. Giving them away earns immediate points based on the same. Adding tulips to the Festival will cause each tulip type’s value to fluctuate; the most prized tulip at the beginning of the game may become the least valued by the game’s end and vice versa. At the end of the round when the final card is drawn, the final scores are tallied and the player with the highest score wins.

If you’d like more specifics about the game play, then keep on reading. Otherwise, feel free to skip ahead to the Thoughts section to find out what I think of Gift of Tulips.

Gift of Tulips is composed of several sets of cards illustrated in an attractive delftware style – Tulip, Festival, Reference, Scoring, and Tulip Value Tracking cards – as well as a number of wooden cubes, one for each of the six player colors and one for each of the four tulip colors. To begin setup, you will create the Festival. Select the four appropriate place cards (based on player count) and arrange them in order from first place to second place, etc. Shuffle the deck of Tulip cards and place them face down, then draw a card. This card is placed beneath the first place Festival card. Draw a second card. If this value is higher than or equal to the value of the first card, then it takes over the first place spot, shifting the other card into second place. Otherwise, the second card drawn becomes the second place card.

Each player will receive a Scoring card and a Reference card. Then they’ll select a color and take the appropriate cube which is kept next to their Scoring card. Players are then dealt two cards from the Tulip card deck. They will select one to place face up in front of themselves into their “bouquet” (i.e. their playing area) and another to place face down above the Festival into the Secret Festival pile. (The importance of this will become clear in due time.) Finally, a starting player is selected by some means and you are ready to begin playing Gift of Tulips.

A player’s turn consists of drawing a card, performing one of the three available actions, then drawing a second and performing one of the other two. The first action, giving, is as simple as choosing an opponent to give the card to. The given card is added to their bouquet and then you score points equal to the Festival value plus the printed value of the card being given away. 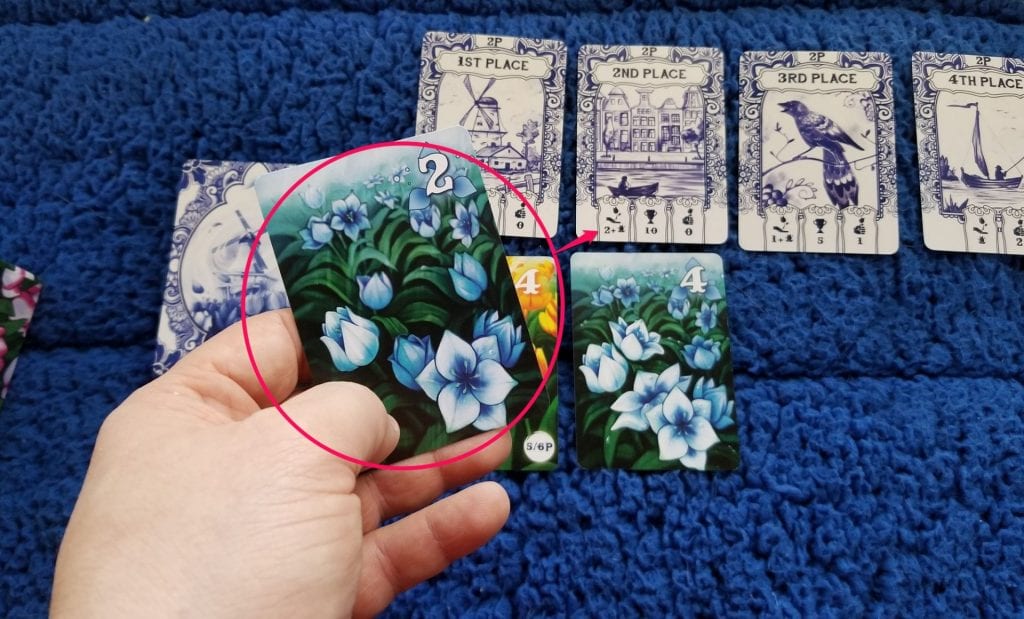 The circled Tulip card has a value of two. The player giving this card away would earn two points for the Festival value of the card (since it is in second place) plus the value of the card itself for a total of four points. The total award for giving is shown on each Festival card. 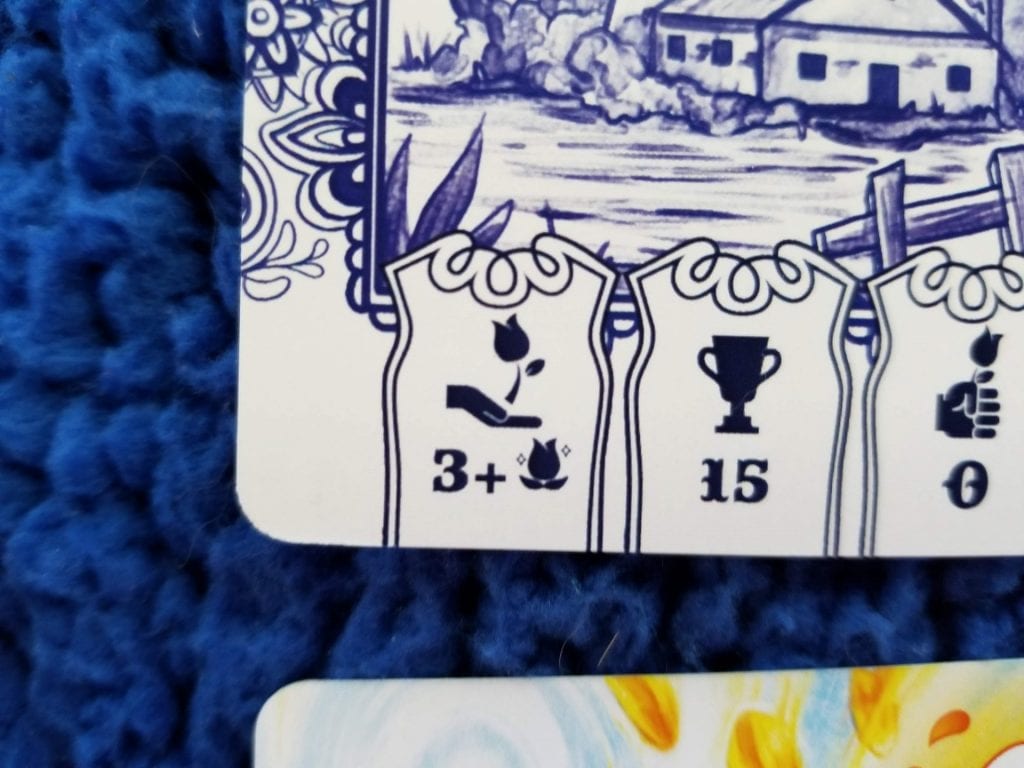 So, whichever Tulip card type is beneath the first place column would earn three points plus however many points the card is worth.

…Or Not to Give

A player may opt to add the card in their hand to their own bouquet. Depending on the Tulip card’s current ‘keep’ value (also shown on the Festival cards), the player may even score a point or two for doing so.

Now that you have an idea of how a Tulip card type’s position beneath the Festival cards can affect its in-game scoring opportunities, let’s talk about how you can manipulate this aspect. By adding a card to the Festival, you will cause the added card’s overall Tulip type value to change. If the Tulip type’s value becomes greater than or equal to the Tulip types to the left of it, then it shifts to the left until it reaches the first place position or encounters a value that is greater than its own. The other displaced types remain in order and shift to the right.

But this is only if the player elects to add their card face up to the Festival. Alternatively, they can add the card face down to the existing Secret Festival stack. This stack will remain hidden until final scoring.

Once the deck has run out and the last player has taken their turn, the game comes to a close. Shuffle the Secret Festival deck and draw 5 cards from it. As each card is revealed, shift the values and positions of the different Tulip types accordingly. Then, starting with first place, the player who has the greatest amount of the Tulip type in that column earns a certain number of points. The person with the second highest amount earns points followed by the person with the third. If there is a tie, the person who has the highest total value of the Tulip card type in question wins.

I’ll admit it: when I first sat down and started playing Gift of Tulips, I didn’t understand what the big deal was. In fact it was actually kind of boring. Draw a card. Place it down. Give it away. It didn’t seem to matter what I did. But as the game wore on, I noticed something interesting happening. People were standing. I was standing. We were all taking a long time to decide what to do with our cards. It came upon us so organically, so slowly that I hadn’t even noticed it was happening. This was my “ah ha!” moment. This was when I started to get it.

Gift of Tulips is a sneaky little game.

The game lures you into a sense of complacency with its artwork of placid fields of tulips and its simple rules system, but then you realize it’s not as simple as it seems. Take the act of giving, for example. Giving the right cards away at the right time can net you a ton of in-game points during the game, so it seems like a no-brainer that you should give as much and as often as possible.

But not so fast. If you give away all of your cards, the only cards you’ll have left for end-of-game scoring are going to be the ones that other people have given to you. And worse yet, your sharing spirit is actually setting up your opponents to win. So maybe being miserly is the best option.

Only hanging onto everything doesn’t work either. If you start stockpiling cards, your opponents will move to devalue them. Those end-of-game points for having the majority on each Festival card are huge. The only way to stockpile and guarantee some measure of success is to stack the Secret Festival deck with high-valued cards of the color you own the most of. But if you start doing this, everyone else will too.

Gift of Tulips is a game about tulips. It’s right there in the name. Emily Hancock’s artwork is lovely.

Gift of Tulips is a game about making choices. How does this play affect me? How does it help my competitors? What’s hiding in the Secret Festival pile? Should I give a card first before adding to the Festival or vice versa?

Gift of Tulips is a game about balance. If you can’t maintain a balance between in-game and end-of-game scoring, you won’t do well.

More than that, though, Gift of Tulips is a game about giving. Sara Perry’s intention was to design an interesting game that exemplified the generous nature of the Dutch people.

Mission accomplished. Gift of Tulips is truly a gift that keeps on giving. 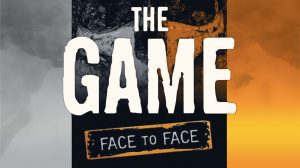 The Game for two players? Is it possible to capture the magic of the original in a head-to-head duel? Read our review of The Game: Face to Face to find out! 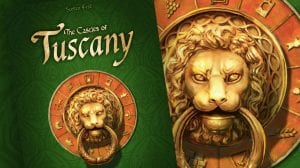 Focused on Feld: The Castles of Tuscany Game Review

If you've ever dreamed of developing the Italian countryside, you'll feel right at home in our review of The Castles of Tuscany from acclaimed designer Stefan... 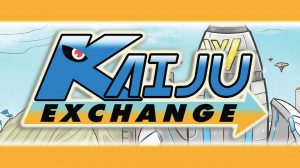 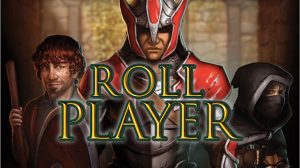 Roll Player takes the concept of creating a role-playing character and makes a game out of it. Read our review of Roll Player to find out how.