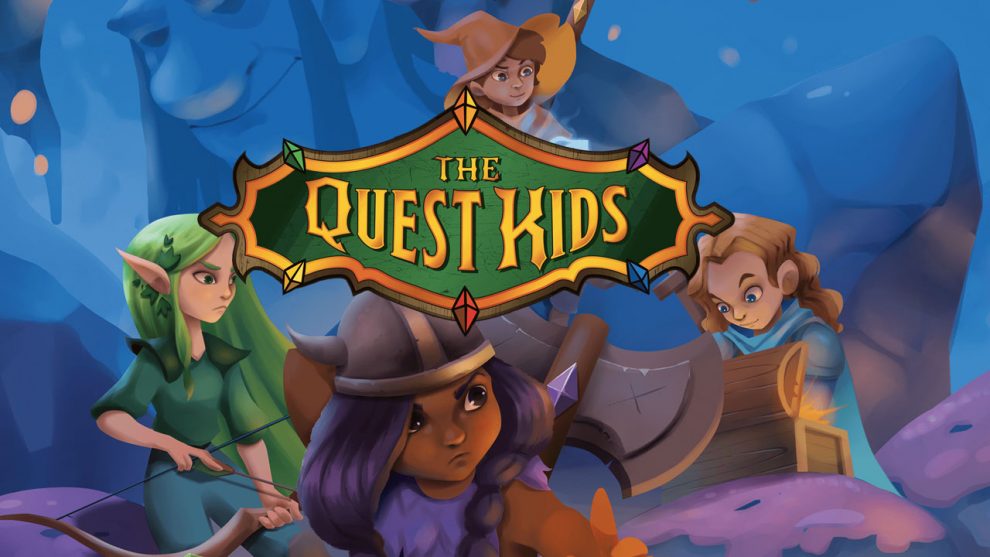 Justin Bell @justinbellsaysjustinbellsays
Add Comment
Join Justin as he dives into The Quest Kids and its campaign expansion from Treasure Falls Games!

Sometimes when you open a box, you just get that feeling that solid gold is inside.

And while my family spent time unboxing not one, not two, but three pieces of game content from Treasure Falls Games recently, my kids and I definitely found that solid gold I was hoping for.

Treasure Falls Games is the creator of The Quest Kids, a family-friendly “dungeon-crawling” board game for kids ages 5 and up. Alongside a new-ish series of stop-motion kid-friendly fantasy realm adventure videos on YouTube (also produced by Treasure Falls), the board game also has an available campaign expansion called The Trials of Tolk the Wise.

We spent the last couple of weeks diving into the deep end of the pool to find out if The Quest Kids is a fit for our family. Read on to learn more about our experiences!

An amazing game, AND it has coloring scoresheets?

The Quest Kids is nothing short of excellent.

2-4 young adventurers select one of the available characters (and thankfully, we have a nice mix of girls and boys, with a person of color thrown into the mix) and grab that character’s player board, giving each player their own personal board to enjoy their adventure. Each character has a molded 3”-tall standee which they can use to move around the variable card tile board and a few cards to begin their adventure, including some health cards, a quest card—essentially a personal goal card—to guide the first few turns, and one ability card in either Power, Wisdom or Magic.

The board setup features dungeon tiles (cards) in three colors: green (always good, easy loot), gray (better loot, but occasionally a bad guy) and red (best loot, hardest bad guys). After laying out dungeon tiles all over the 42 dungeon spaces, players move through the dungeon flipping and resolving them. This usually involves taking a bunch of treasure and/or ability cards, or attempting to scare monsters away using those ability cards.

A note about The Quest Kids and bad guys: my kids love it. Scaring away monsters does have a different feel to it, right? You are never killing monsters or even defeating them. You are just using your powers to scare them away, almost like the old 80s cartoons when GI Joe soldiers would spend time shooting laser guns at COBRA vehicles to blow them up, forcing COBRA to eject but safely retreat to their underground lairs to fight another day.

You don’t even have weapons in The Quest Kids, just the ability to use your powers to scare away monsters. I’m not sure dungeon crawling could be any more family-friendly than it is in this game!!

My favorite part of “fighting” bad guys in The Quest Kids comes in the form of the Kind Kid mechanic. Let’s say I’m faced with a bad guy (all of whom are drawn like they are maybe awkward high school kids or semi-friendly animals who look lost; very approachable for a “bad guy”) and I don’t have the right mix of ability cards to defeat them. In reverse player order, I can ask the other players at the table for one of their ability cards to help me out.

If those other players agree, they can give me up to one ability card, and in exchange, they get to draw a Kind Kid card. The Kind Kid deck features cards which give players extra ability cards, treasure tokens, points or health to use on future turns. One card even gives the owner an extra turn! Teamwork is encouraged even though the game’s scoring system is competitive, giving everyone a chance to win but also a chance to help and be a part of the success of the entire table.

The game ends around the time that all tiles have been explored and resolved. And then, the greatest scoring system in kid game history comes out in the form of COLORING ADDITION SHEETS that allow each young player to add up their score in stars in different sections, then carry over totals from section to section to ensure they know how to add up their small-ish scores (most of our games so far have ended up with 25-45 stars or so). My daughter has loved writing her name on each sheet, circling her character, then drawing all over the oversized scoresheet. 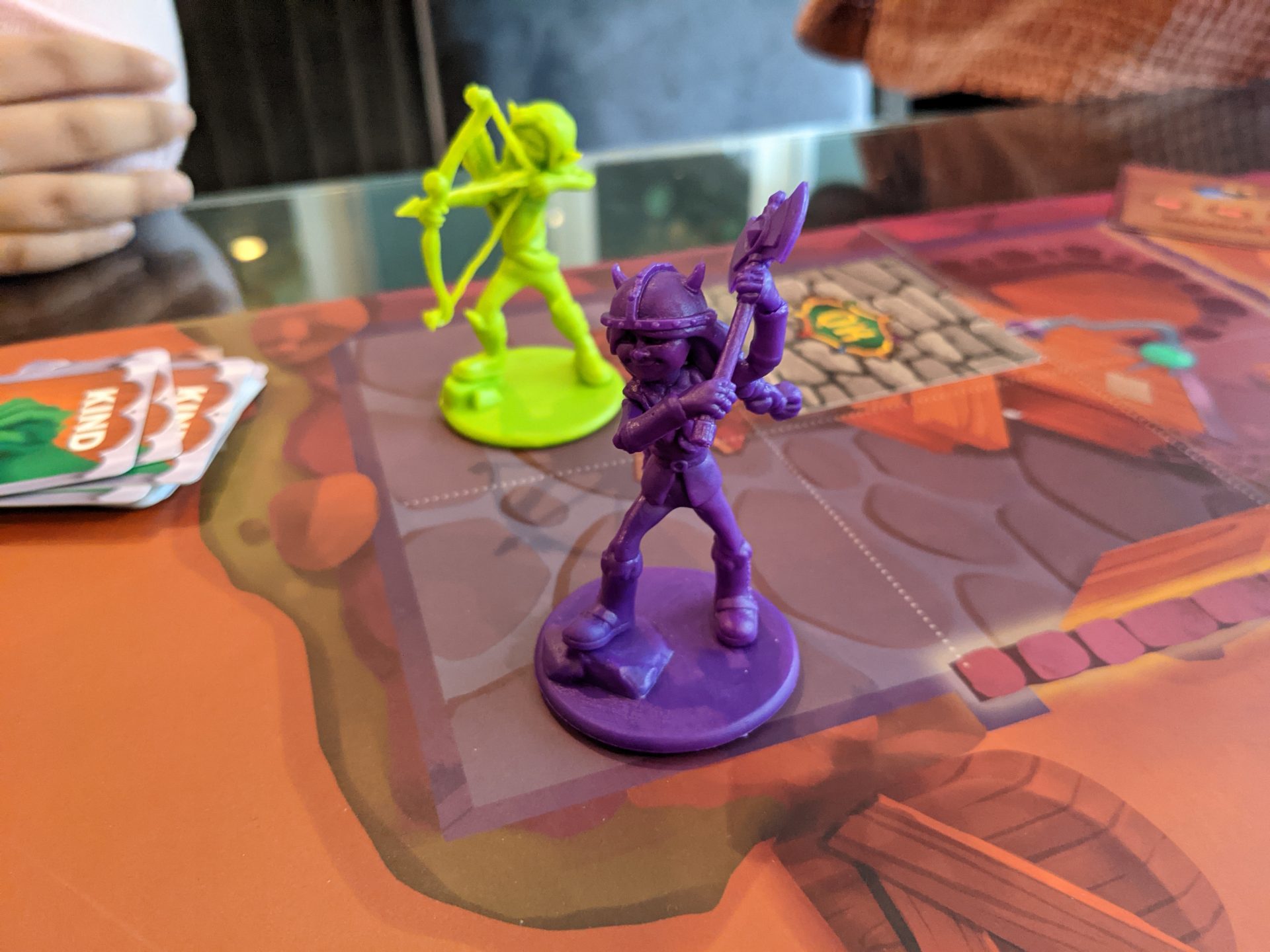 Even the neighbors approve!

I tried something new with The Quest Kids: I brought my review copy of the game to a friend’s house, another family in our COVID pod down the street. So we did a play with a third grader, a second grader, a first grader (my daughter) and the mother of the first two kids, while I observed.

They had a blast. I’m still shocked at how much they loved it—the flipping of the dungeon cards, the times when they found gems in the dungeon (these are similar to bad guys in how they are resolved with ability cards, except you get to take a sweet large plastic gem onto your player board), scaring away monsters, sharing—or occasionally NOT sharing—ability cards with their fellow players, and of course the end-game scoring sheets.

The Quest Kids is top notch. After four plays we decided to add in the campaign game content. Could this top the original game experience?

The Trials of Tolk the Wise—A Campaign Adventure

The Trials of Tolk the Wise brings the ongoing campaign elements of some of your favorite legacy games to The Quest Kids, without butchering the board with stickers or cards that have to be shredded when you complete a mission.

We’ve completed the first two quests in The Trials of Tolk the Wise, and without spoiling too much, we have enjoyed the expansion so far. Given what I shared above, you will not need this expansion in order to enjoy the excellent content of the base game, but if you have a child who can read without assistance, it’s fun to watch your children read new campaign cards which highlight new abilities, allies, player powers, or story elements because they can read all of the text on those cards. The world building in this game, at least so far, is quite strong.

If I had any issue with the first two quests (there are five total in the campaign expansion, and it’s fully reloadable, so you can play it again and again), there is a bit too much reading, which slows down gameplay. If you have a 6- or 7-year-old who is all about the action, reading cards for 5-10 minutes takes away from the fun.

That’s a minor point, though; as mentioned previously, I really enjoy how Treasure Falls has put together such an engaging package for young kids to learn about dungeon crawling in a friendly environment. The added elements and minor changes to the core game liven things up and give the game longer legs for months of additional playtime.

The games in the Quest Kids universe all really fit my family. Distinctive art and characters, easy-to-grasp and family-friendly gameplay, quick playtime and varied replayability are all important and Treasure Falls really hit it out of the park on all fronts here.

Allow me to be picky for a moment: The Quest Kids is a bit too easy. You will likely not even take damage in your game unless someone is unable to provide help using the Kind Kid mechanic. The upside here is that this means kids will always have a positive experience.

And, if that’s the main negative about this entire collection, you can do a lot worse in the family game category, trust me!

All in all, an incredible experience. The base game of The Quest Kids is my front runner for family game of the year! 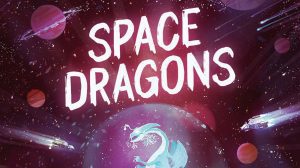 Join Justin for his review of the newest challenger to the trick-taking crown, Space Dragons, from Pegasus Spiele! 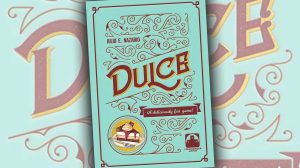 Justin enjoys dessert in his review of Dulce, from Stronghold Games! 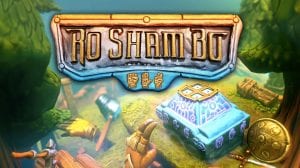 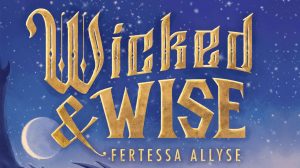 Fan of trick-taking games? Join us for a review of the upcoming game Wicked & Wise from Weird Giraffe Games!