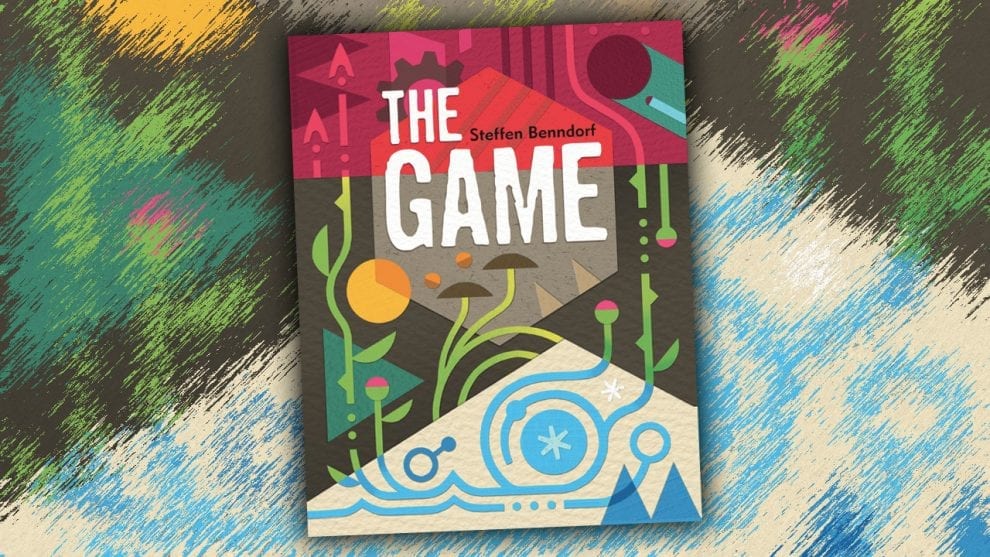 David McMillan @FeldFreak
Add Comment
Can you count from 1 to 100? How about in reverse? Good. You’ve got what it takes to play The Game. Read our review now!

Have you been a bad person recently and feel like you’re due for a little karmic retribution? Or perhaps you’re feeling a bit masochistic today? If so, do I have the perfect exercise for you. Go to Google and search for “the game”. Now go directly to Board Game Geek’s search engine and do the same. Come back when you’re done. Ridiculous, isn’t it? In case you skipped that little excursion, let me give you a break down: Google returns OVER 8 BILLION results. On BGG, you’ll have to go about 60 results down to find what you’re looking for.

What exactly are you searching for? The Game, by designer Steffen Benndorf, of course.

Having a game that is that hard to find doesn’t sound like a good way to set yourself apart from the rest of the pack. And it’s definitely not a descriptive title that tells you at a glance what you’ll be doing once you open the box. In fact, even the illustration on the box doesn’t help any. By all means, The Game should never have gained any traction or gotten off of the ground at all. I would be hard pressed to think of a worse way to market this creation.

However, despite its lackluster name and nondescript appearance, The Game managed to snag itself an official Spiel Des Jahres (SdJ) nomination in 2015. That’s an impressive feat considering the difficulties I’ve already mentioned.

So what is The Game? What makes it so special that the SdJ jury considered awarding it board gaming’s most prestigious accolade? Glad you asked.

The Game is a cooperative exercise in frustrated communication. The concept is simple. The players will be drawing numbered cards from a shared deck and then adding those cards to two different piles in numeric order: one ascends from 1 to 100. The other descends from 100 to 1. Lay out every card in the deck and you win. Fail to do so and you lose. That’s it. Sounds simple, right?

Well, not so fast.

You see, in The Game, you’re not allowed to discuss concrete numbers. You can only request things like asking the other players to avoid playing on a certain pile or advising that the players don’t jump too far ahead on a different one. It is this limited communication that gives The Game its pizazz. Without it, The Game would be a total flop because, let’s be honest, there’s nothing exciting about adding numbered cards to piles in numeric order.

What? You still think that sounds simple? Fine. Here are a couple more things to consider. First, on a player’s turn they MUST play two cards, but can play more if they so choose. Secondly, clever players can set themselves up to perform what The Game calls ‘the backwards trick’ – a way to rewind the deck a bit (or a lot if you’re lucky/well prepared). Here’s how the backwards trick works:

A player may play a lower valued card on top of the ascending deck, provided that card  is exactly 10 less than the current top card. The reverse is true on the descending deck. Now, imagine you’re holding the 40 and 50 cards in your hand and there’s currently a 60 on top of the ascending deck, but it isn’t your turn yet. There are 2 players ahead of you and if they play anything at all onto that ascending deck, they’re going to prevent you from rewinding the deck. Now, imagine trying to impart that knowledge to them without being able to tell them exactly what’s in your hand or what you’re planning. Now you’re beginning to see The Game for what it is: a deceptively clever bastard of a game. 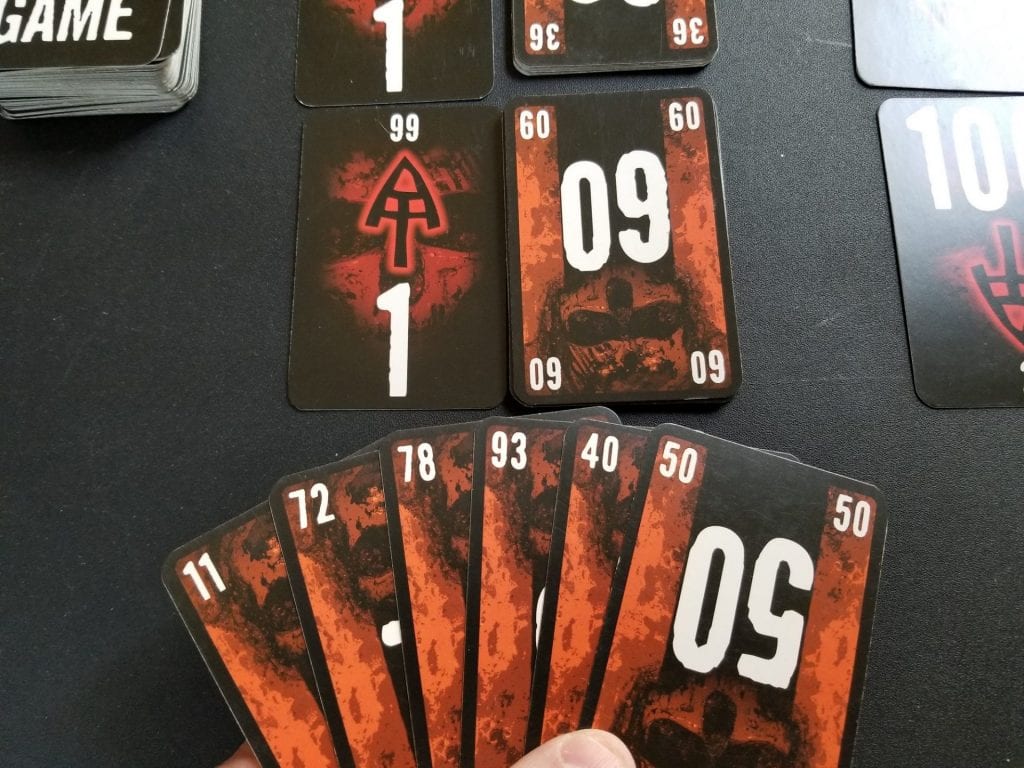 This is a game that toys with your emotions, constantly thrilling you with amazing card-tastic combos where you’re able to masterfully play every single card from your hand with a grand flourish—or sending you into soul-crushing despair as you watch the ability to play a similar card-tastic combo go up in flames as another player is forced to play a card that annihilates your plans. It’s a game of heartbreaking near misses as your group gets down to just 6 or 7 cards before everyone’s stuck with cards they can’t play and thrilling roller coaster highs as you manage to squeak out a win.

And that’s the best thing about The Game. When you win, you WIN. It feels like you’ve really accomplished something because The Game is not a game that you can just steamroll over. It’s freakin’ hard—but not so hard that the experience is unenjoyable. It plays so rapidfire fast that it’s almost guaranteed to be played multiple times in a row.

Other than its godawful title, I have nothing but praise for this little box of cards. It’s a purchase that I’ve never regretted making. I’m sure you’ll feel the same. 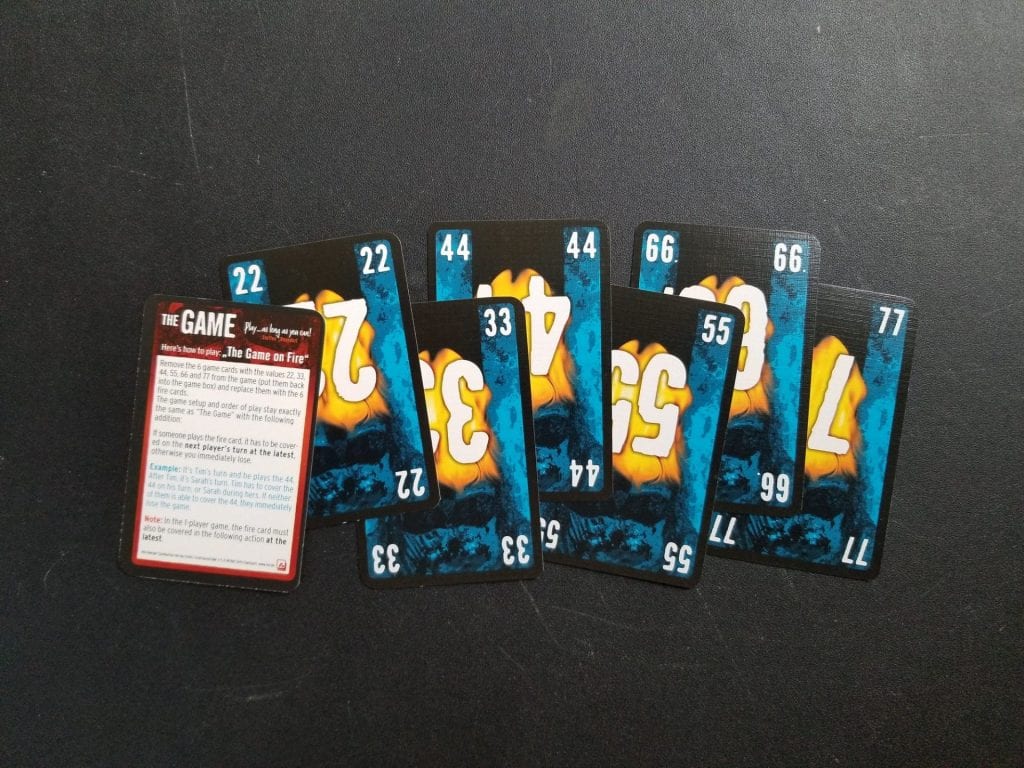 If you’ve played The Game before and have decided that you could use a little more pain in your life, then you should seek out The Game’s mini-expansion, The Game On Fire. The Game on Fire replaces the 22, 33, 44, 55, 66, and 77 cards with new cards. When these cards are played, they must be covered on the next player’s turn at the latest or else you instantly lose.

And if that’s still too easy for you, then we also recommend you give the 2018 SdJ nominee The Mind a try. It shares a lot of similarities with The Game, but it doesn’t just limit your communication. It eliminates it entirely. If you thought playing without saying a lot was hard, just try playing without saying anything at all. 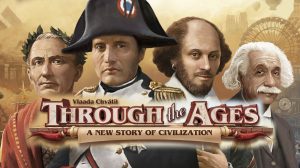 Through the Ages: A New Story of Civilization Game Review 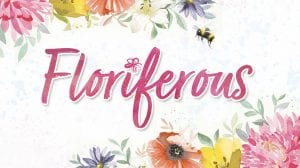 Flowers, Bees, Butterflies - the garden bursts with life and color. Join us as we review Floriferous, and take a nature walk. 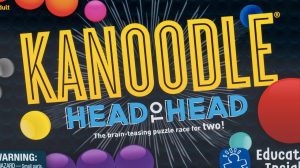 How quickly can you assemble a specific pattern from a collection of different shapes? Read our review of Kanoodle Head-to-Head and test your dexterity and...