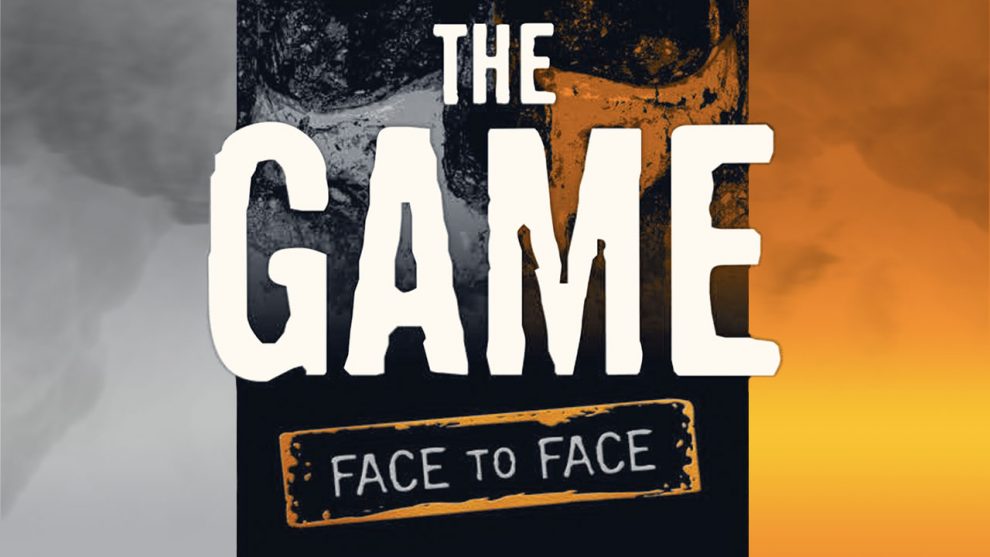 David McMillan @FeldFreak
Add Comment
The Game for two players? Is it possible to capture the magic of the original in a head-to-head duel? Read our review of The Game: Face to Face to find out!

2015’s The Game threw two to four people together and asked them to put a bunch of randomly drawn numbered cards in order using very limited communication—a feat that is much easier to describe than it is to actually pull off. Because of the challenging game play wrapped up in such an easy rules set, it easily snagged itself a Spiel des Jahres nomination.

In 2017, Steffen Benndorf returned (along with co-creator Reinhard Staupe) with a new offering: the subject of this review. Tailored for the two-player experience, The Game: Face to Face (easier to find in Google and Board Game Geek searches, but still a terrible name) promised to bring a new experience to the table while remaining true to its roots. Does it accomplish what it sets out to do?

In The Game: Face to Face, two players duke it out in a head-to-head battle with one of two goals in mind: be the first person to play out your entire deck of cards or stymie your opponent so that they have no legal card placements left. It’s a race to the finish or a race to be the last one standing.

The Game featured some cards–one numbered 1 to 100 with an arrow pointing up and another numbered 100 to 1 with an arrow pointing down–that the players were collectively playing cards to. The Game: Face to Face features something similar except, this time, each player has two row cards in their own color, one ascending from 1 to 60 and the other going in reverse from 60 to 1. Additionally, both have their own decks of numbered cards ranging from 2 to 59. 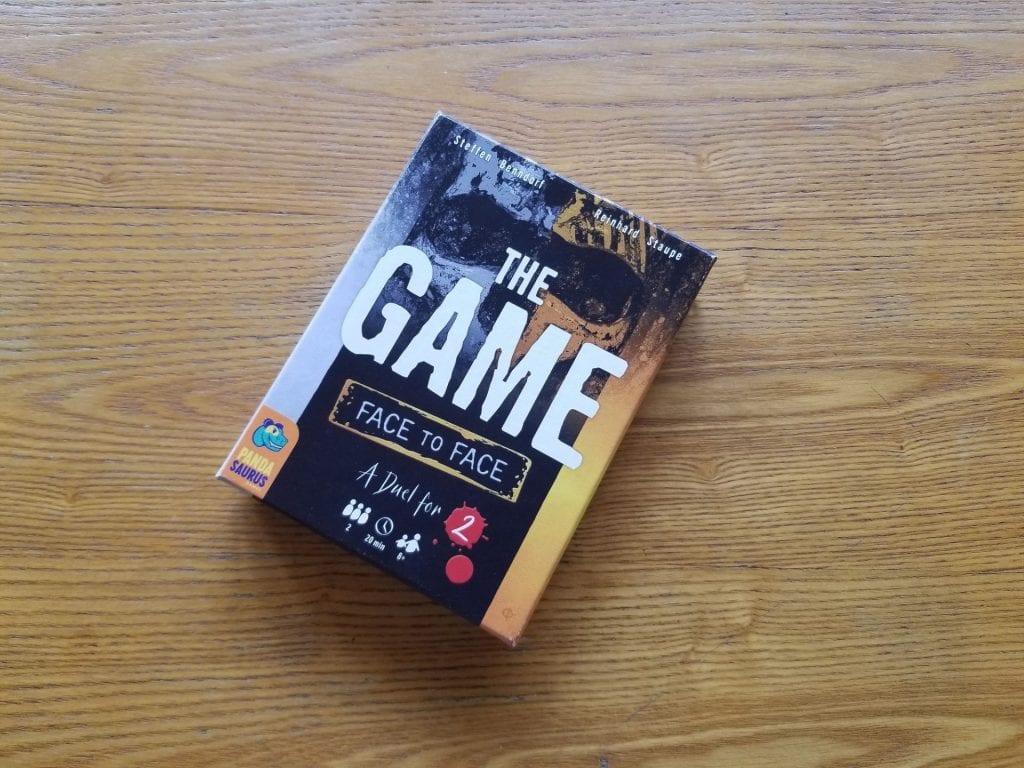 Each player will begin the game with a hand of cards drawn from the shuffled deck of numbered cards. On their turns, the players must play at least two cards from their hand. Playing the cards to their own tableau will allow them to draw two new cards to their hand when they’re done. However, playing a card into their opponent’s area will allow them to draw back up to their maximum hand size of six cards. This type of play continues back and forth until one of the players fulfills one of the end game conditions winning them the game.

This is a simplification, of course. There are some other minutiae (but not many) and if you’d like to learn about them, then continue reading. Otherwise feel free to skip ahead to the Thoughts section to see what I think about The Game: Face to Face.

During setup each player will have placed their row cards in front of them, shuffled the remaining cards to form a deck, and drawn six cards from the deck to form their opening hands. After choosing a start player, each player will take turns playing at least two cards from their hand. If a card is added to their own ascending pile, it must have a value greater than the card that is currently on top of the pile. The opposite is true for the descending pile.

This is no different than the placement rules for The Game. In fact, even the ‘backwards trick’ exists here. If you play out a card that is exactly 10 away from the card that is currently on top of the stack, you can reverse direction effectively rewinding the deck and buying you some much needed breathing space. 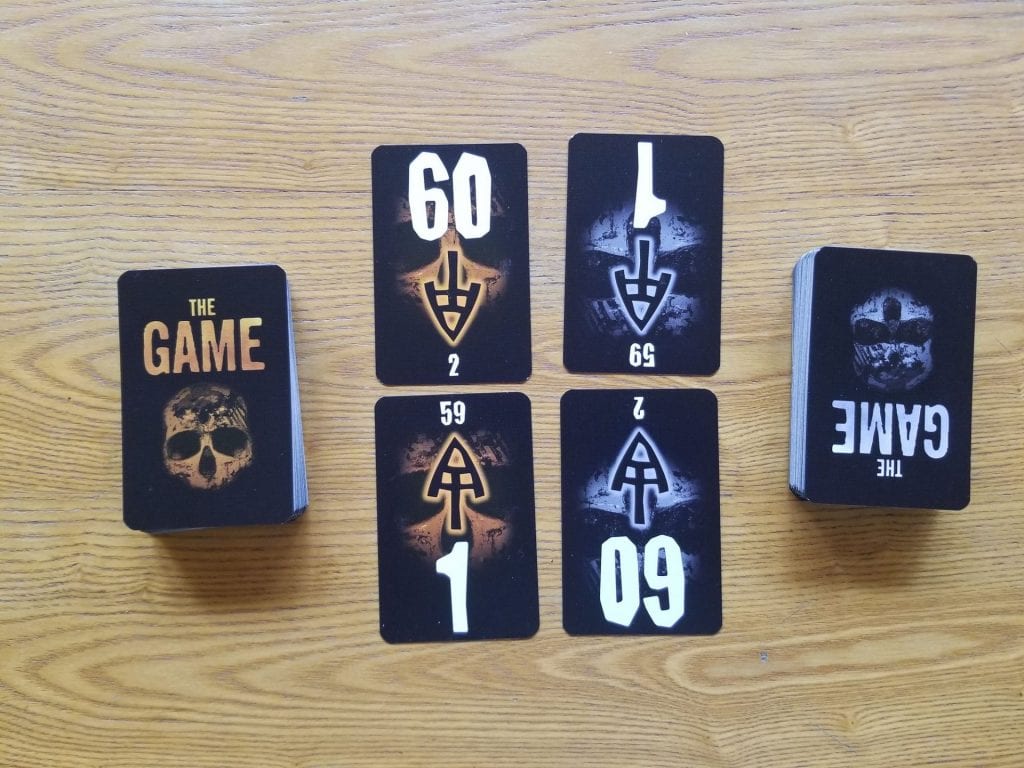 What sets The Game: Face to Face apart, though, is the “helping your adversary” aspect of the game. Once per turn, you are allowed to play exactly one card from your hand onto either of your opponent’s stacks. However, the card played MUST benefit them. That means that the card you play has to rewind one of their stacks.

The obvious benefit of doing this is that it allows you to get rid of a card from your hand. The other benefit is that playing to your opponent’s stacks will allow you to draw back up to six cards at the end of your turn. More cards in hand means more options available to you on the next turn. In The Game: Face to Face, the more options you have available to you, the better.

The Game: Face to Face is an exercise in weighing risk versus reward. As the game begins, you’ll find yourself with a plethora of options, even if they aren’t necessarily good ones. As the game progresses, however, and your stacks begin growing closer to their opposing ends (the ascending stack getting closer to 60, for example) the decision space becomes much tighter. You’re never going to want to jump too far ahead on a stack lest you find yourself stuck with a handful of cards that you can no longer play on a future turn, but sometimes you just won’t have a choice. This is where playing a card to your opponent’s stack that rewinds things for them pretty significantly begins to look like an attractive option. Even though it helps them tremendously, it keeps you in the game.

I like the way that the game ramps up the tension by forcing you to have to make these kinds of tough decisions. Do you really want to help your opponent? If so, how much? Should you hang onto these cards that are exactly 20 apart in the hopes that you draw the one that’s halfway between them, setting yourself up for a powerful backwards trick or get rid of them to free up room in your hand for other cards? When every card in your hand is utter garbage, how much of that garbage do you want to offload onto your stacks?

What makes things even more interesting is that your opponent is sitting there directly across from you wondering the exact same things. A large part of the game comes down to anticipating what your opponent is likely to do as much as it is trying to figure out what you’re going to do yourself. For instance, if your opponent has only been playing 2 cards at a time, chances are that the cards they’re holding in their hands are cards they have passed on one stack that would jump them up uncomfortably high on the other. Is now the right time to offload one of your cards onto one of their stacks or should you try to focus on your own tableau? Choose wrongly and you may unintentionally open up opportunities for them that they may not have had otherwise.

Then again, they could be conning you, trying to lure you into a false sense of complacency. Maybe they just want you to think they’re struggling so that you’ll play fewer cards out of misplaced caution giving them time to put together an amazing, hand-emptying turn. And, trust me, when you’re able to empty your entire hand in a single turn, it feels pretty amazing. Especially if at least one of those cards was played onto your opponent’s stack and you’re able to draw back up to full strength immediately afterwards.

Probably the best things about The Game: Face to Face, aside from the stellar game play, are its size and play time. This game is ultra-portable. It can be shoved into your pocket and, all set up, it uses very little table space. My wife and I regularly take it with us to restaurants, the perfect game to play while waiting for our food to arrive.

The Game: Face to Face’s convenient portability, rapid play time, and fantastic game play have made it a staple in our household. Try it out and you’ll see why it’ll become a staple in yours, too.

If you’re really into the The Game franchise, it’s also worth pointing out that Steffen Bendorf recently released another version: The Game: Quick & Easy. It takes the already easy rules set and simplifies it creating an entirely new while not altogether unfamiliar experience.

The Game: Face to Face details 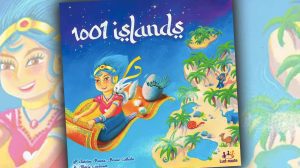 Enjoyed the 1001 Arabian nights? Come extend your stay in 1001 Islands! Check out our review. 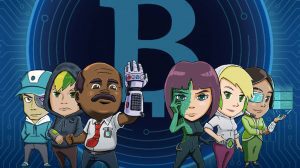 Bitcoin, dogecoin, mining rigs, blockchain… what does it all mean? And how are people making millions doing it? Check out our review of Cryptocurrency, Capital... 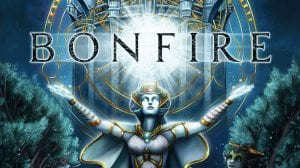 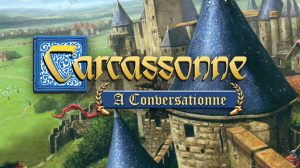