The bad guys have taken over the beautiful kingdom and it’s now in chaos. You have to save them — and quickly! Work together to guide the brave Knight as they roll through a turbulent adventure lined with twists, traps, baddies, and…dynamite?

Slide Quest is a cooperative board game for one to four players with each controlling a lever. That’s right, a lever. 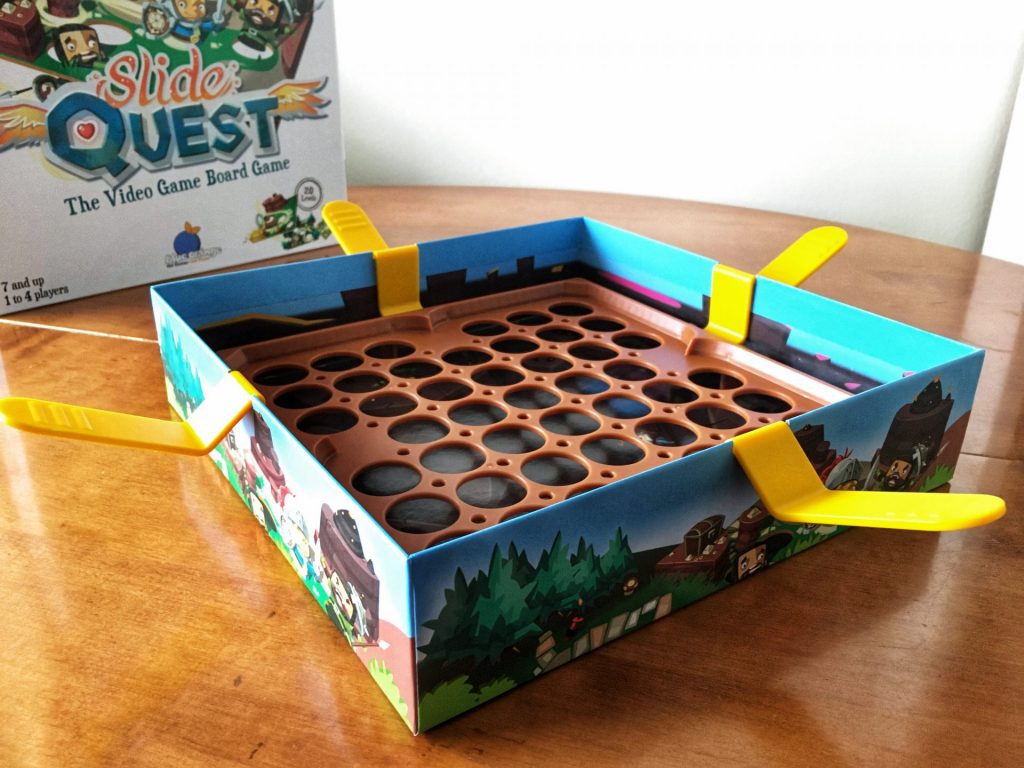 The base of the Slide Quest box creates the game, along with the board which rests on four levers.

The purpose of this video game-themed board game is to guide the Knight, with a marble for legs, through various “levels” (maps). The Knight’s mission changes depending on the level. If players successfully get the Knight through a World (a set of five levels) with at least one life remaining, they win the game. Beware, once the Knight loses all of their lives then it’s game over (…and there is no quick restart or Konami code in this one).

Since there are different maps in Slide Quest, setup depends on the level being played and could include things like barriers, boulders, arches, dynamite, Guards, and Villains. However, one thing is consistent: the Knight always begins a level on that level’s number.

There are two different ways to play Slide Quest: mini quest and grand quest. For the mini quest, players must complete all the levels in one of the four Worlds (The Coast, The Mountain, The Castle Grounds, or The Castle) to win the game. For a grand quest, the players must complete all twenty levels included in the game. The rulebook details how to save your progress if you have the courage to take on such a bold request, but not the stamina. 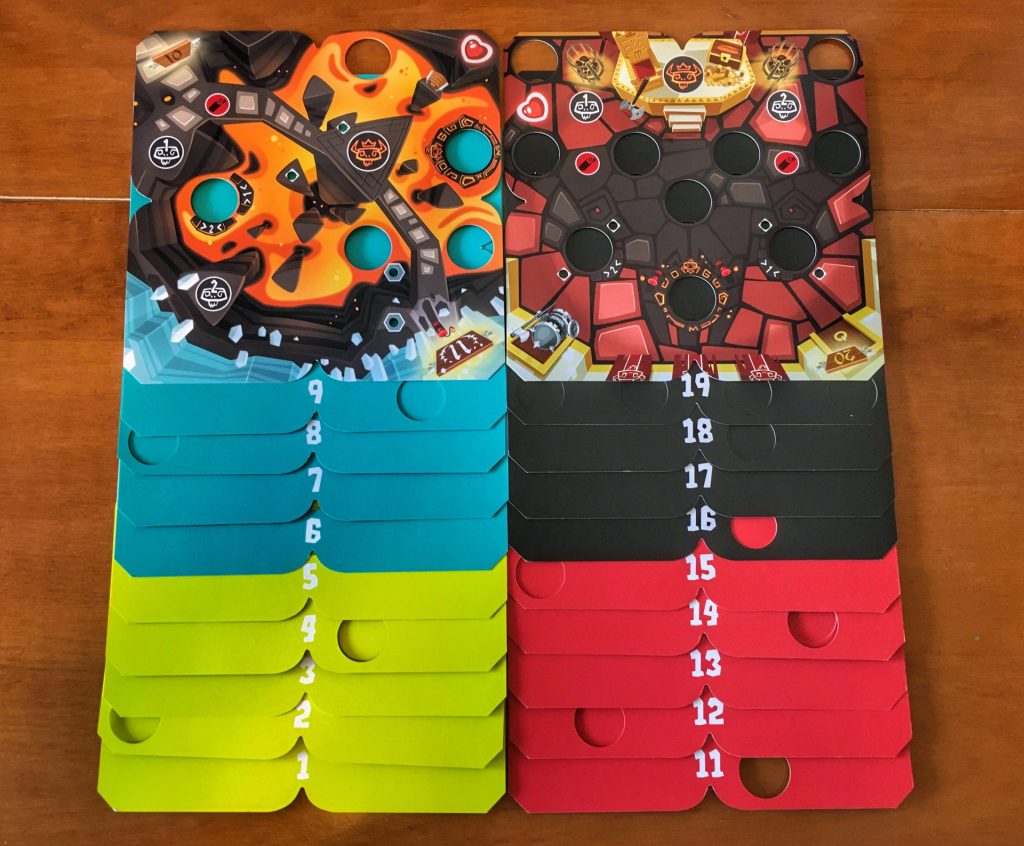 Each map is numbered and colour-coded to easily identify to which World it belongs. Levels are played in numerical order and increase in difficulty.

As I already mentioned, players each control a lever in the game. Depressing a lever makes the board inside the box rise, while letting it go makes it fall. As such, the little Knight rolls around the board accordingly. When playing with fewer than four players, some players will have to control two levers.

In Slide Quest, the Knight (and all players) face six different types of missions. The first two missions, Simple Paths and Paths with Dynamite, require the Knight to follow a path of light from the map’s start to its finish without falling into any traps. If a map has dynamite, it must remain standing for the Knight to progress to the next level. 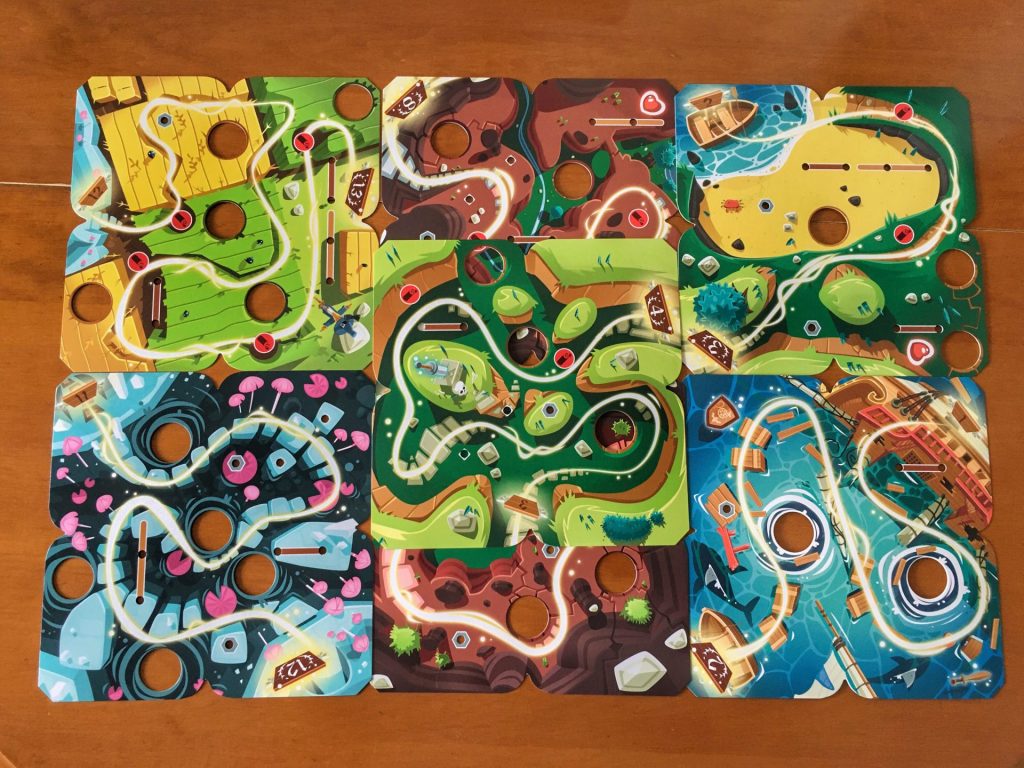 Maps with Simple Paths or Paths with Dynamite.

Maps with the Villain are like boss monster levels in a video game so each World ends with this kind of map. To succeed, and consequently win the game if you’re playing a mini quest, the Knight must push the Guards (numbered or not) into the traps and then push the boss monster (Villain) into its trap. 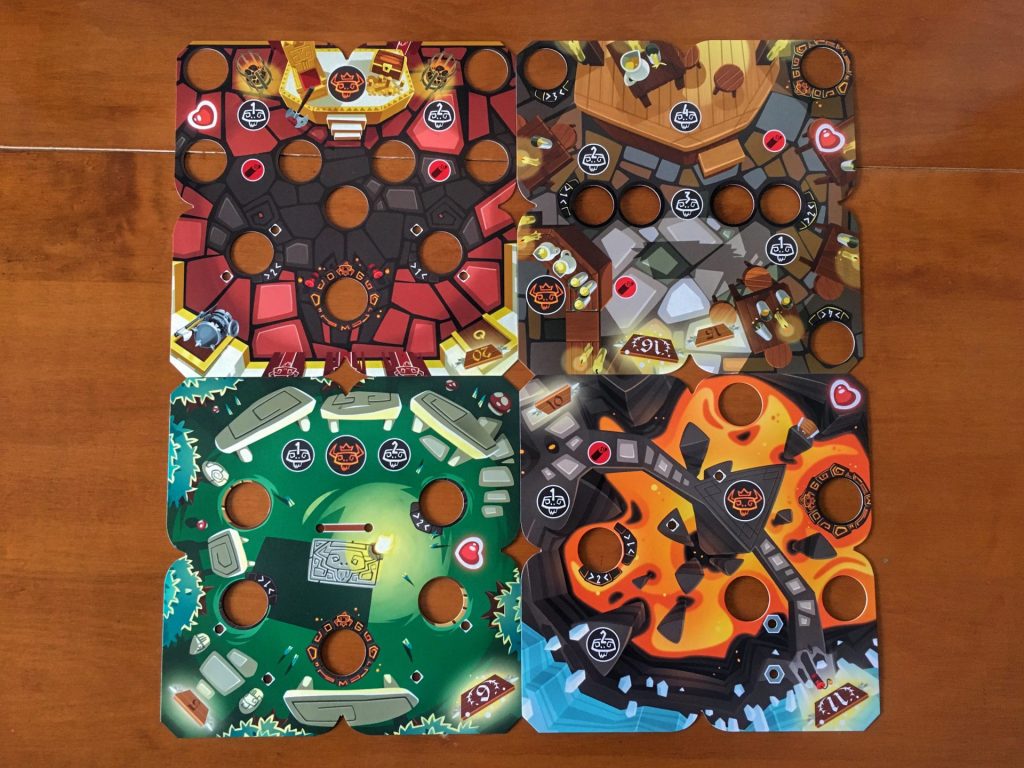 Finally there are two Explosive End missions, which require the Knight to use dynamite to finish map #10 and map #20.

Level 10 – To pass this level, you must push a stick of dynamite in front of the board marked with “11” to blow up the door.

Level 20 – To pass this level, get rid of the Guards and Villain as usual, then push all the sticks of dynamite in the hole after the Villain.

Lives (and How to Lose Them)

At the start of the game, players choose their difficulty and begin with a certain number of hearts. The chosen difficulty also determines the maximum number of extra hearts players could possibly gain throughout the game. However, it is much easier to lose a life than it is to gain one.

A life is lost when the Knight:

The Explosive End maps add another way to lose a life: if the level is not carried out perfectly and a mistake is made. In this case, the entire level and all its elements are reset.

The concept behind Slide Quest is silly: use levers to control a marble-butted knight that rolls around a map, trying to avoid holes and other obstacles. Once the different kinds of missions are added to the mix, the game becomes more strategic (yet is still pretty goofy). Nonetheless, I’ve found that the silly, fun nature that’s present at the beginning of the game transforms into a high level of stress very quickly. To me, this level of stress is comparable to what is felt in other cooperative games like The Mind or Magic Maze. In theory the design of these games is simple, but doing well in them is much more difficult.

However, unlike Magic Maze and The Mind, players are not restricted in how they communicate in Slide Quest—but it is very hard to do so clearly and effectively when you are under so much stress. Slide Quest’s stress-inducing gameplay and heavy reliance on communication is what I believe will make or break the game for someone. I, for one, love it, but that’s because I love real-time games and games that stress me out exactly the way Slide Quest does. Most of my friends, however, do not share my love.

As such, I ended up playing many of the levels solo, that is controlling all four levers by myself. What I noted was that the solo game was the easiest way to play Slide Quest; I never really found myself struggling tremendously, even if I was losing lives. The exception to this was Level 19, which gave me flashbacks to rolling in the clouds on a ball in Super Mario Galaxy.

Level 19 – This is a cleverly designed (and very difficult) level.

Rolling in the Clouds in Super Mario Galaxy

The more players you add to a game of Slide Quest, the more difficult your experience will be, regardless of the difficulty you choose at the beginning of the game. I attribute this to the communication pressure. In a solo game, the pressure to communicate is completely removed so your focus is just on the gameplay. You also have more control over the game and what happens in it since you are the only player using the levers. You don’t have to stress over whether you are communicating your ideas clearly to others, nor do you have to worry about responding appropriately when another player communicates with you. As you add more players, the pressure and stress increase and communication gets muddled.

And this is not the only instance of muddled communication: Slide Quest’s rulebook is not great. There are so many rules that are unclear and ambiguous, especially when you get into the game itself. Dear reader, if you’re thinking this is just a silly game and that the rules don’t really matter, please continue reading on. But, if you like your rulebooks to have all the answers like I do, click below to read some of the questions I still have after many plays of Slide Quest.

Questions I still have after playing Slide Quest
Here are a few questions to which I have yet to find an answer so I’ve had to house rule them (some are common and others are oddball exceptions that I encountered in my plays): 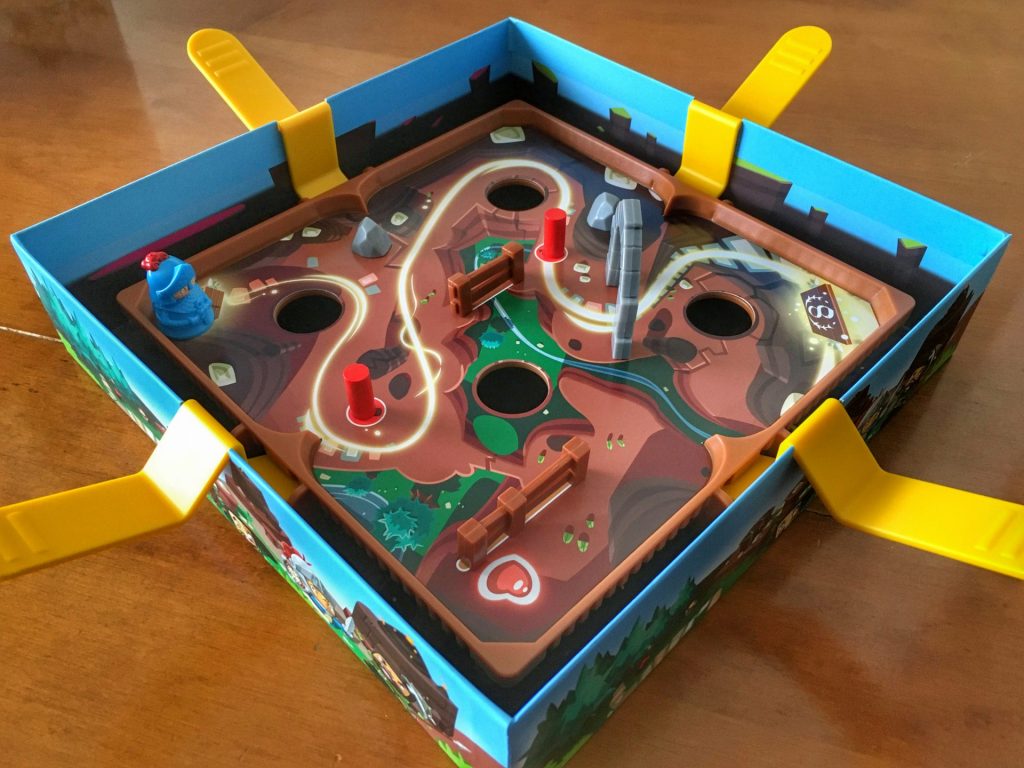 How is this heart off the path of light reached?

While Slide Quest can be a really fun game with the right group of people, it definitely won’t be for everyone simply because of how stressful it can be. I haven’t tried it yet, but I think the novelty of the game will really resonate with younger gamers. I believe that the joy and excitement they would bring to the table would reduce a lot of the stress of the game, leaving room for just the fun to emerge.

It’s easy for anyone to choose a popular video game soundtrack to play during their game of Slide Quest so I wanted to provide some less obvious, yet awesome choices.

While I have included songs to check out, I would recommend listening to Child of Light and DSVII from start to finish—they are meant to be a complete musical experience after all.

Songs to check out include: Dark Creatures, Metal Gleamed in the Twilight, and Hymn of Light.
More on Coeur de pirate: http://www.coeurdepirate.com/en/