Dexterity games have a unique place in the world of board gaming. Often derided as “for kids”, or only played during drunken evenings, they can sometimes be looked down upon. That’s a shame because dexterity games can offer some of the most fun your family and friends will ever have. Whether it’s stacking cards in Rhino Hero, re-engineering towers in The Climbers, or even helping a momma hen build her nest in Go Cuckoo!, you’re sure to have a good time.

New to the dexterity game scene, from Korea Board Games, Pile-up Rush is a timed game of stacking for two players. Stuffed into a small box, it offers big fun. 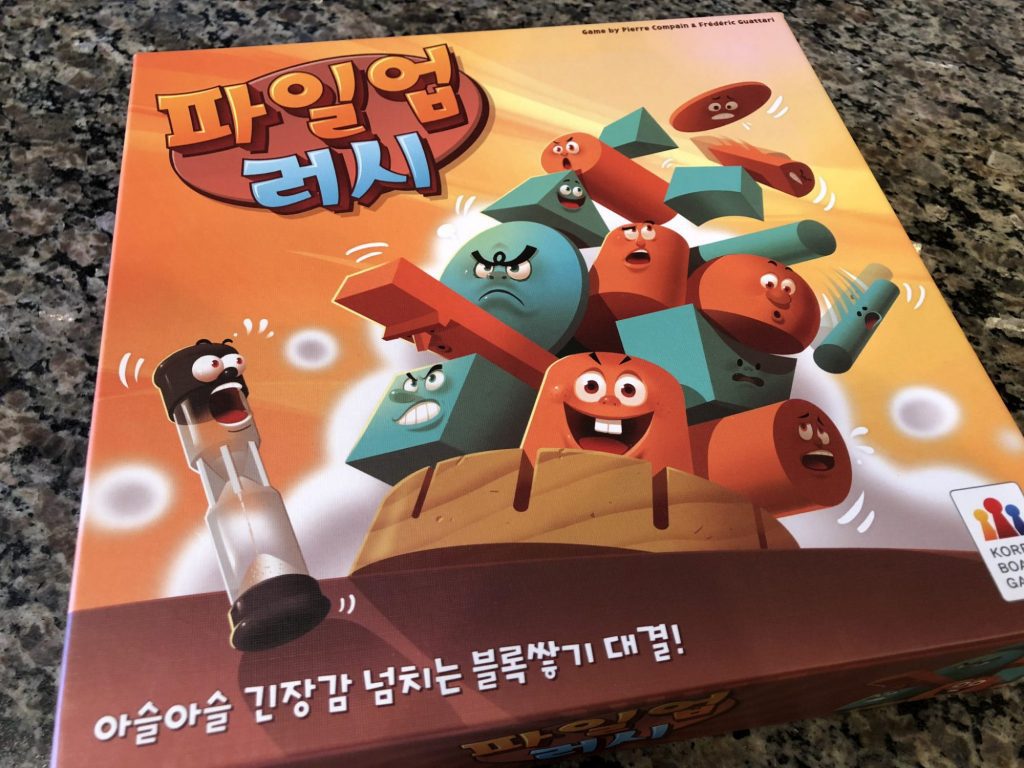 In Pile-up Rush each players gets an identical set of brightly colored wooden blocks of varying shapes and sizes. 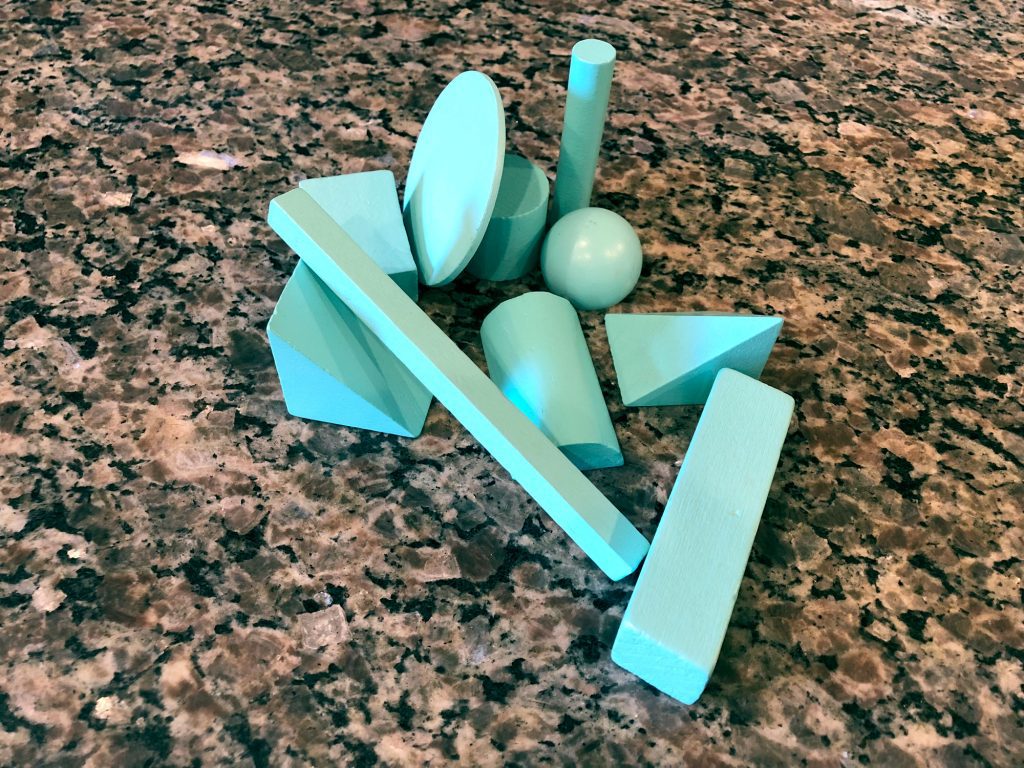 Each player is trying to stack their blocks onto a small wooden base before the sand in a timer runs out. 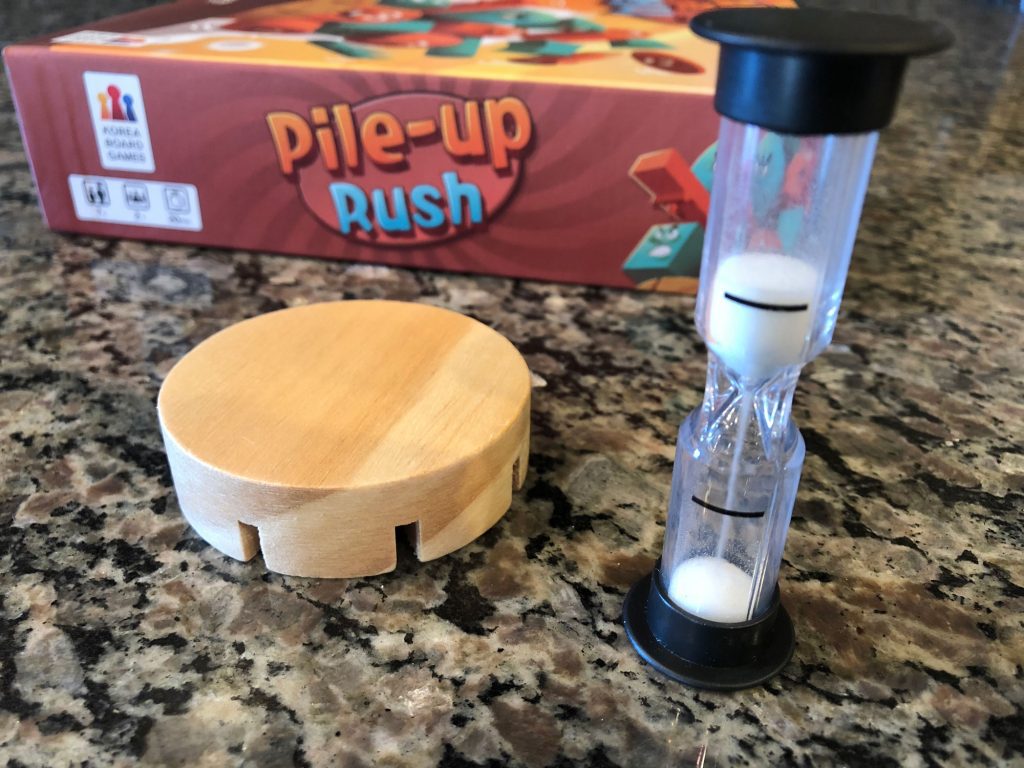 Placement rules are as follows: 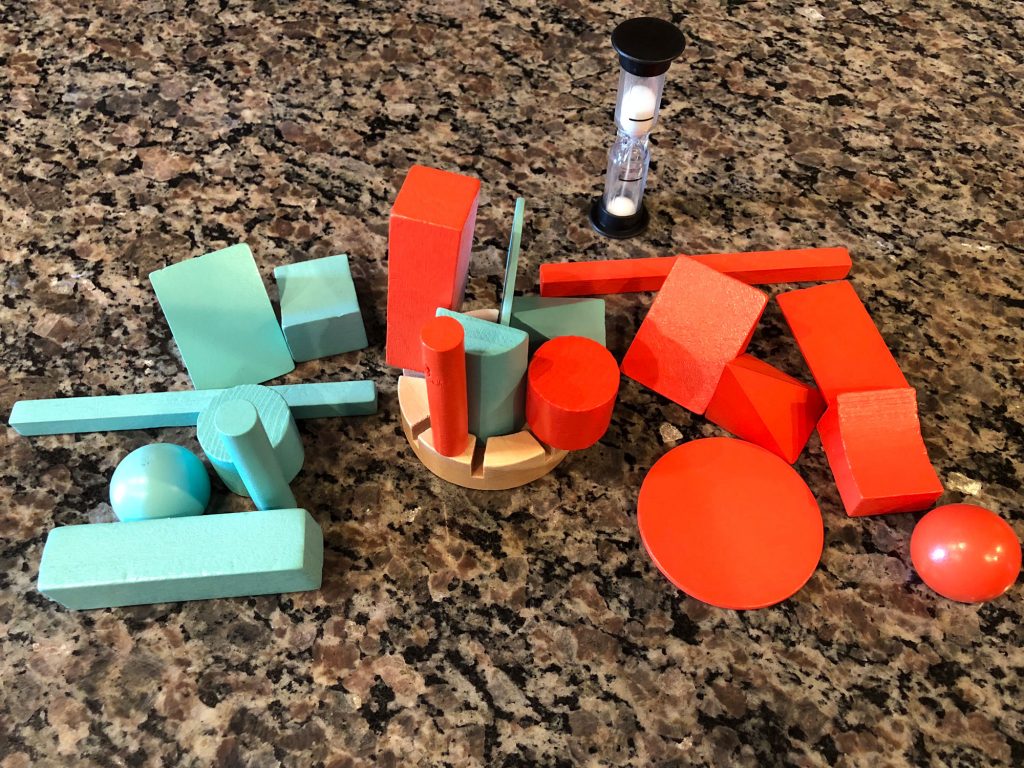 Players receive points for the following:

Each time you score a point you remove one block from your opponent. The first player to 4 points wins the game. 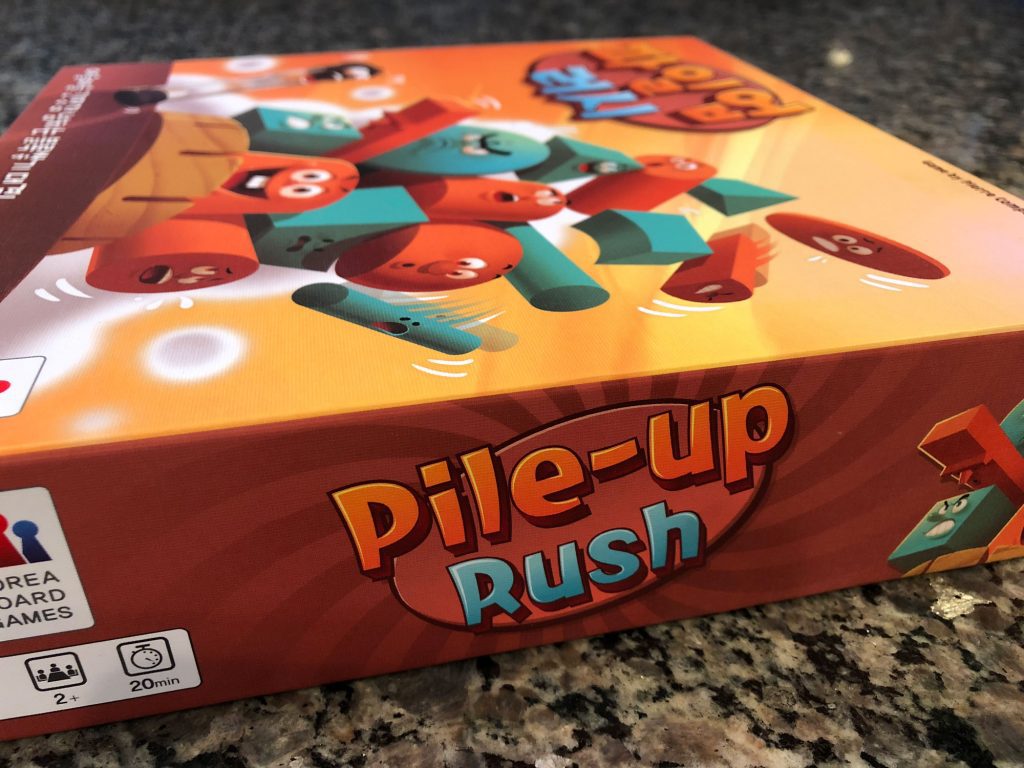 Pile-up Rush might sound simple, but the dizzying array of block types makes it fairly tricky, especially since you have to pay attention to the timer. Even more diabolical is that some blocks appear at first to be composed of right angles, but are actually slightly off-kilter. This means that you can’t even depend on being able to stand a block up straight as a support. The double sided base was a nice touch. It actually does make a difference in gameplay as the grooves in the “advanced side” offer additional support options for more tactical placement. 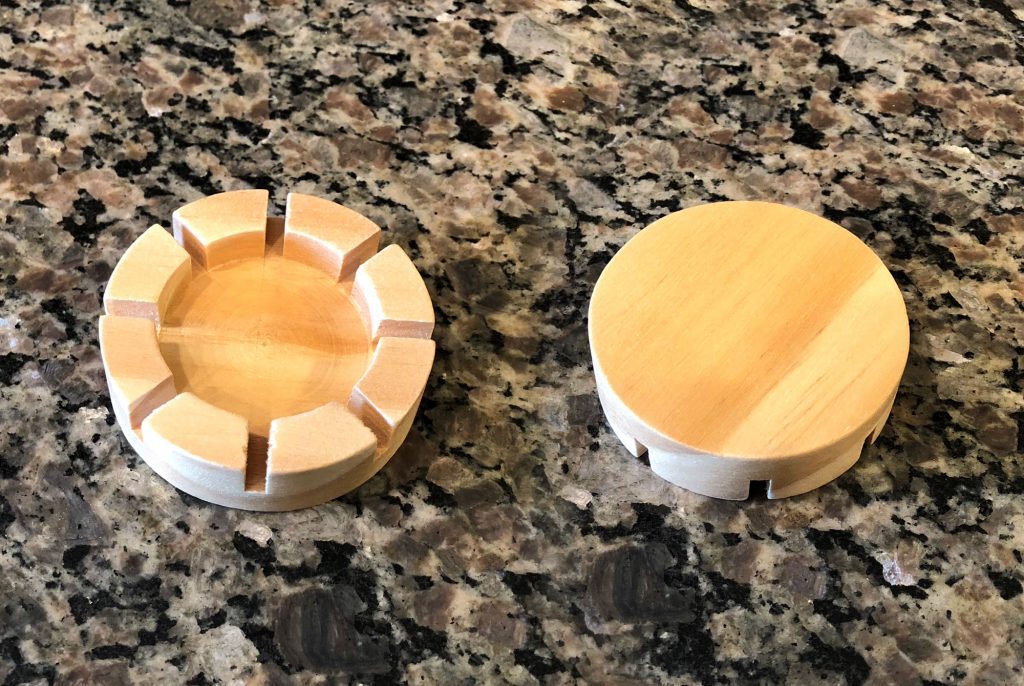 The packaging is a bit goofy but the gameplay is solid. After my first go around we realized we’d played the rules incorrectly but it was even better the second and third times. The English translation of the rulebook could stand to be tightened up, but it was sufficiently understandable.

I was surprised by this one, I have to admit. Dexterity games aren’t usually my thing, but Pile-up Rush is different. Because of the timed aspect of things it forces you to make quick decisions, which not only speeds the game along, but results in lots of laughs.  I’ve said that Pile-up Rush is for two players. While that’s my preferred way to play, you can also play in teams, with all the players on a team placing simultaneously.

If you can find Pile-up Rush in your local game store, or online, it’s certainly worth checking out. And if you’re looking for more dexterity games to try out, check out our Top 6 Dexterity Games for suggestions.