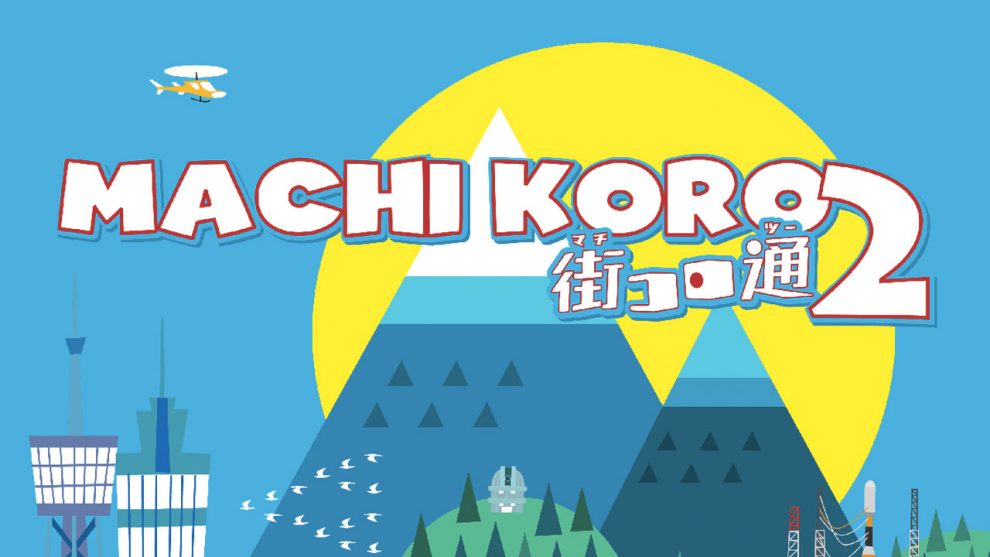 David McMillan @FeldFreak
3 Comments
Machi Koro's been rolling along for awhile now. Does reinventing the wheel ever pay off? Check out our review of Machi Koro 2 to find out the answer.

NOTE: Before I delve too far into this review, I am assuming that you are already familiar with the original Machi Koro and know how the game works. If you do not or just need a refresher, then I encourage you to check out Tyler Williams’s excellent review of Machi Koro 5th Anniversary Edition. Now, on to the review!

The original Machi Koro (MK1) is self-described as “a fast-paced game for 2-4 players.”

While I have enjoyed the game over the years, I take issue with that description. MK1 suffers from one major flaw and the end result is anything but “fast-paced”. The core of the game is built around the concept of rolling dice to earn money from the cards you’ve purchased in order to buy even more cards or construct the landmarks needed to win the game. This concept is contingent upon having money at your disposal when it comes time to buy the cards needed to build your engine. Much like the way that Catan only rewards you when the dice roll in your favor, MK1 only pays out if the whims of chance happen to align with whatever cards you’ve managed to acquire. If your numbers never roll, you are forever poor, and you lose the game.

Let’s call this the pauper problem; it is arguably MK1’s greatest weakness. This issue is further compounded when you add more players and multiple players encounter wasted turns one after another until someone finally manages to roll some dice that result in a payout of some kind. It not only adds a lot of unnecessary length to the game, it also leads to a lot of frustration that really diminishes what would otherwise be a pleasant experience.

It doesn’t stop there, though. MK1 has some other weaknesses. Chief among those is its lack of variability. At the start of the game, every single card is available for purchase, much like the setup for a game of Dominion. Unlike Dominion which has you choose a few card types from a larger pool of card types to play with each game, MK1 doesn’t have anything like this. It’s the exact same cards each and every game. Also, every player begins with the same four facedown landmark cards and face up starter Establishment cards. All of this inevitably leads to the game feeling stale after just a few plays. In keeping with the alliterative tone set with the pauper problem, we’ll call this the same-y situation.

In 2014, the Machi Koro: Harbor Expansion was released that addressed the same-y situation by changing the way that the starting display of cards was created during setup. This added some much needed variability and many players began using this style of setup for the base game. This expansion also added 2 new landmark types. In my opinion, this was a mistake. While it was something new, it also meant that players now had to complete 6 landmarks as opposed to the 4 they were previously tasked with constructing. The game was already long enough, but now it was even longer.

The other thing about MK1 that really gets my goat is the packaging. It is absurdly large for the size of the game and there is a ton of wasted space inside. Even if you were to purchase the expansion and add it to the box along with every promo you can find for the game, there is still way too much wasted space. I’ve groused about this type of thing in past reviews. As an avid collector of board games, my shelf space is at a premium. I cannot abide games that take up way more space than they actually require. It’s just a thoughtless, disrespectful move on a publisher’s part that does not take into account how their choices will affect their consumers.

At this point, you are probably asking yourself why I am harping on MK1 so much when I am supposed to be reviewing Machi Koro 2 (MK2). It is because MK2 is almost exactly the same as MK1 with a few key differences that set it apart from its predecessor, a few key differences that will answer the question of whether you need MK2 if you already own the first game or which one you should purchase if you own neither.

MK2 addresses the same-y situation right out of the gate before you even begin setting up the game. MK2 comes packaged with 20 unique Landmark cards and there’s not a single duplicate among them. A portion of these are arranged in their own row during setup and are available for purchase by any player during their turn with others being introduced as those are purchased by the players. This phase of the game is where most of the rest of the same-y situation solution is set.

Each card in the game belongs to a single group of cards: cards that are numbered 1-6, cards that are numbered 7-12, and Landmark cards. Each of these groups of cards is shuffled together and 5 will be revealed for each, stacking duplicates on top of one another, until 5 unique cards are displayed in each row. Then each player is given 5 money and afforded the opportunity to buy their starting cards over the course of 3 rounds. This means that each player will begin the game with up to 3 cards with a strong likelihood that those cards will be different from whichever cards their opponents have selected.

In MK1, the flow of every game almost always followed the exact same path: players would hoard coins until they could flip over the Train Station in order to be able to roll 2 dice at a time. MK2 gives you the ability to roll 1 or 2 dice right from the start.

Collectively, these small changes add some much needed variability to the game and also open up the player’s options significantly. Before the very first die has even been rolled, you’re already strategizing. The lower numbers are probably more attainable right out of the gate. But they’re also the most popular and the most likely to benefit other players when they get rolled during your turn. The higher numbers are most likely to be of greater benefit to you with higher payouts and less competition, but also less likely to get rolled.

The only strategy I ever adhered to in MK1 was “get the largest spread of numbers that I can and hope for the best”. For the most part, that’s the same strategy used in MK2, but it’s refreshing to have even these few extra strategic decisions to make along the way.

As previously mentioned, one of the most frustrating aspects of MK1 was being broke and having to wait around for a random roll of the dice to infuse you with some cash. In MK2, if you’re about to enter into a build phase and you haven’t got any coins, you will receive a free coin from the bank. One whole dollar may not seem like much, but it’s a game changer.

There is rarely a time where there is not a one dollar card in the lineup. Even if it isn’t a great option, it’s a sight better than the no option at all you’d be presented with in MK1. Nobody’s forcing you to spend that coin, though. You could always save it for your next turn and hope that your fortunes have improved between now and then. These small, seemingly insignificant decision points make for a richer, more enjoyable experience overall because having some control over your destiny versus having no control over it is always the better option.

For fans of the original Machi Koro, Machi Koro 2 will feel like a welcome upgrade, but only if they don’t already own MK1. There’s just not enough difference between the two for me to be able to tell you that if you already own one, then you must own the other. However, if you own neither, then MK2 is, hands-down, the way to go. It stands head and shoulders over its predecessor in all regards except one. Just like its predecessor, it comes packaged in an annoyingly large box filled to the brim with wasted space and that just drives me crazy. 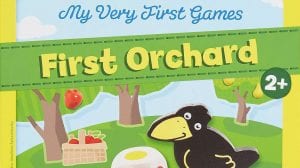 There’s a hungry crow after your fruit! Check out our review of First Orchard before he gets his greedy little beak on it! 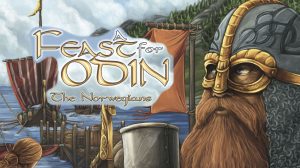 Ave Uwe: A Feast For Odin: The Norwegians Game Review

The Norwegians expansion for Uwe Rosenberg’s phenomenal game A Feast For Odin makes several changes to the game you've come to know and love. Read our review... 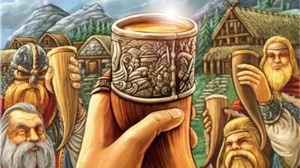 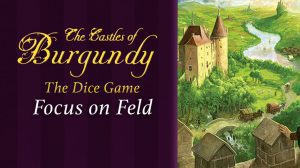 Focused on Feld: The Castles of Burgundy (The Dice Game) Game Review

What happens when a designer turns one of their most well known works into a dice game? Find out in our review of The Castles of Burgundy (The Dice Game)!