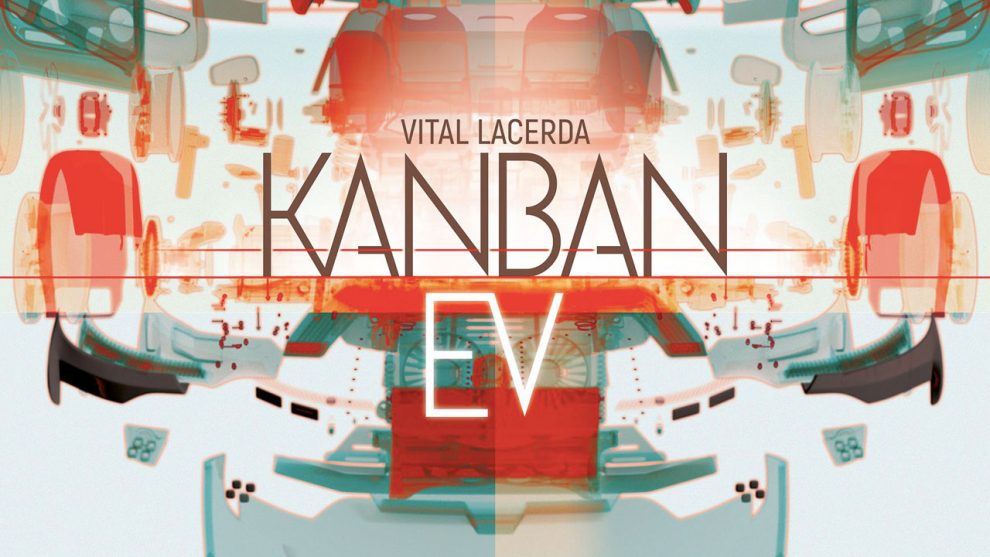 Justin Bell @justinbellsaysjustinbellsays
Add Comment
Justin continues to work through the Vital Lacerda catalog with his review of Kanban EV from Eagle-Gryphon Games!

There I was, staring at the board, again.

During my fourth game of Kanban EV, the 2020 brain-burner from Vital Lacerda (On Mars, Vinhos Deluxe Edition, Lisboa), I was staring at the ridiculous visual explosion of a game board trying to figure out what action to take to score points, push cars out onto the test track, impress my boss, and think about how much bragging I would need to do in my next weekly staff meeting.

Kanban EV is an update of Lacerda’s 2014 game Kanban: Driver’s Edition, which was already well regarded. Kanban EV updates some of the base game’s rules and gives the IP a fantastic visual makeover thanks to artwork from everyone’s favorite visual artist, Ian O’Toole. And like other Eagle-Gryphon Games releases, the updated game’s components push the game into luxury territory, with a retail price to match.

I’ve never played the original Kanban, but I love Lacerda games and I love cars. Kanban EV might be the most difficult short game I have ever played, full of crunch without any bloat. If this game was a car, the aerodynamics of Kanban EV would be something to behold. 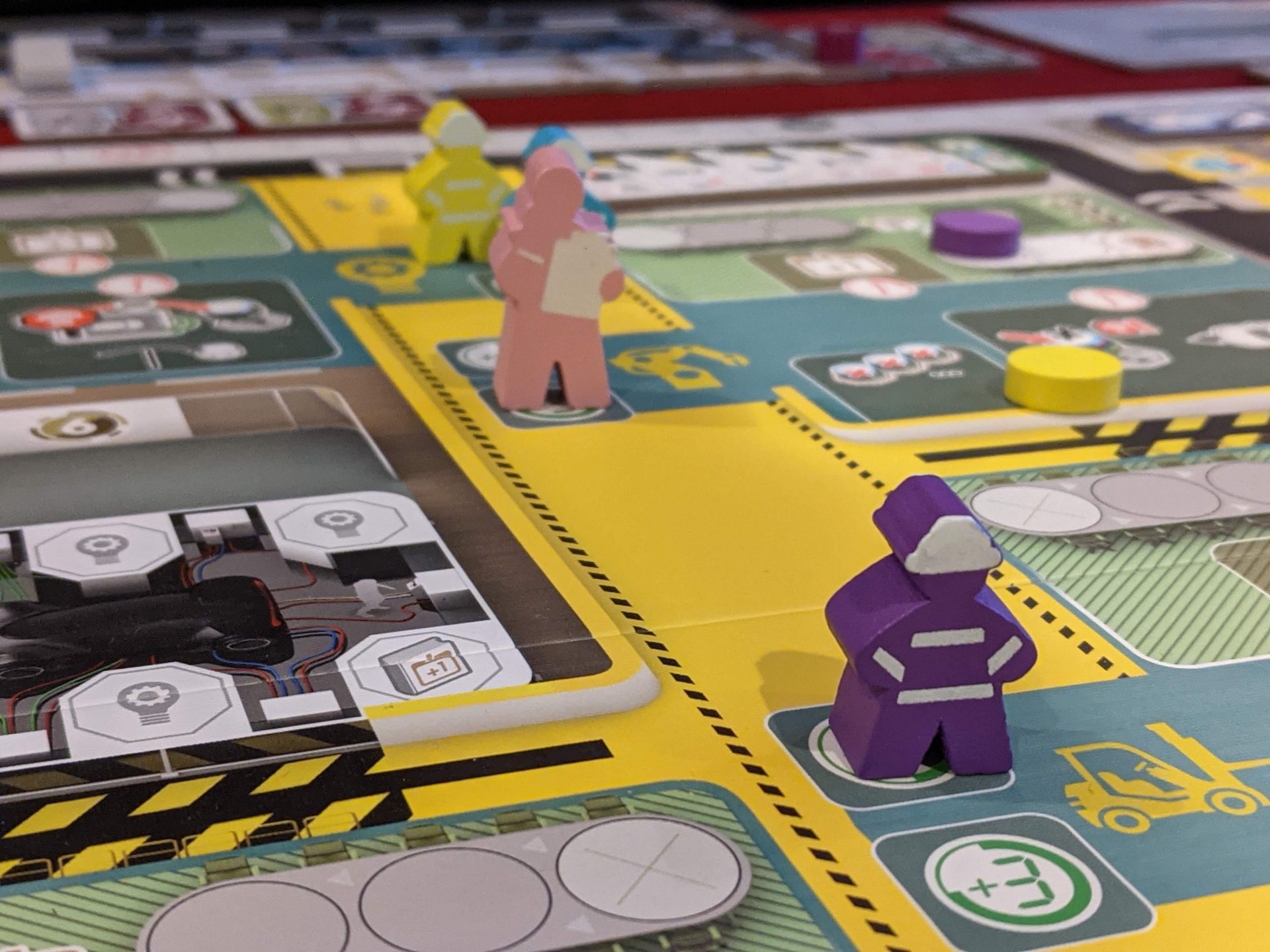 Here Are The Rules: Good Luck!

Many of the reviews here at Meeple Mountain feature at least a broad overview of the rules of a game. With Kanban EV—a game featuring a 24-page rulebook and a 36-minute teach video done by the guy who helped write the rulebook, Paul Grogan—that’s a tall order.

So, here is an overview of the rules for Kanban EV: good luck.

The term “kanban” is based on the idea of efficiency in assembly processes inside of a factory, specifically Toyota. This was the first major car manufacturer credited with lean, or “just-in-time”, manufacturing. Have just enough parts on hand, and exactly the right number of people, to maximize efficiency, minimize costs, and push great products out the door.

Players take on the roles of new workers at a car factory managed by someone named Sandra, who from what I can tell is the worst boss to work for, like, EVER. (Truly. Ever.)

Over the course of just a few weeks, you’ll have to run a mix of departments at the factory like a pro or face the wrath of your new boss. At the end of each week, there will be end-of-week scoring based on the work you’ve done to place cars into your team’s garage for testing. And every so often, Sandra will call for a meeting where all players can make an impression on Sandra by bragging about their accomplishments.

Like other Lacerda games, the theme of Kanban EV is so tightly woven into the gameplay that my appreciation for its gameplay starts with why everything makes so much sense. 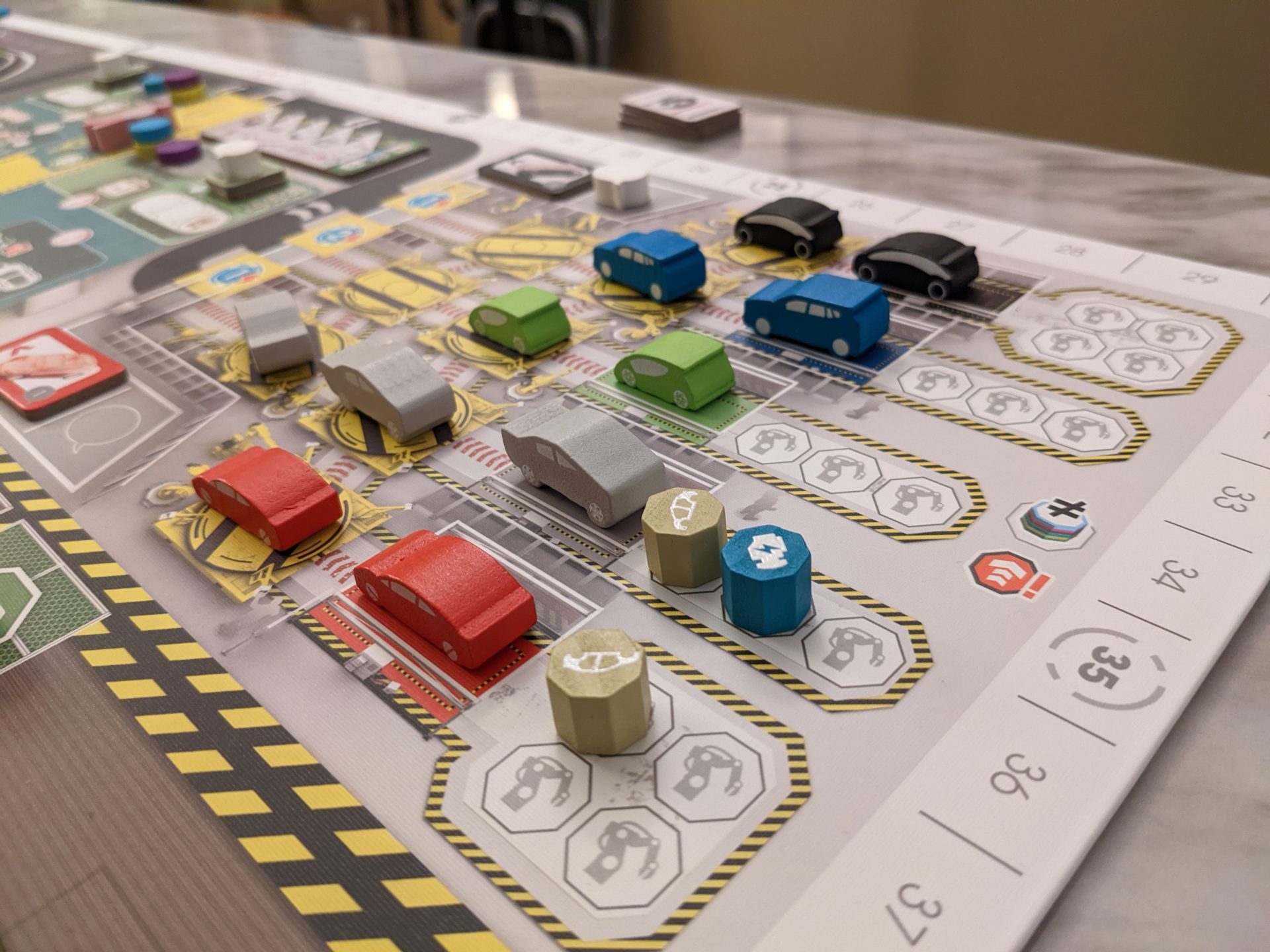 These Hours Are Rough

The core gameplay of Kanban EV is tied to action points, known in the game as Shifts. Everything costs a shift, and you’ll have somewhere between 1-4 shifts each turn to get as much as you can done in a work day. (The union boss in this game needs to work harder or these hours will spiral out of control!!)

Your options are many. You will need to pick designs for new electric vehicles (EVs), and ideally those designs will be the same ones Sandra is extra motivated to tout to her own leadership team. You’ll need to order car parts which can be used to push vehicles into assembly and out onto the test track.

From the track, you’ll have the chance to add cars to your team’s garage, where they can test the car against a design you grabbed earlier in the game. You can also go to administration, where you can take actions in any other part of the factory, at a lower shift yield than if you had gone to that department normally.

Every department in Kanban EV requires training. Certifications are available everywhere. You don’t have to be great at everything; heck, you don’t even have to be certified in anything. But if you are last on the training track in each of the game’s 5 departments, your boss is going to hammer you. Hard.

How hard? Players move between departments to select a single worker placement/action space (known as “workstations”) and do that department’s action up to a certain number of shifts. Sandra, the boss, is placed on the first empty workstation in a department she was not in on the previous turn, moving from the top of the board’s actions towards her desk in Administration at the bottom of the board. She then evaluates all players based on their level of training in the department where she is. 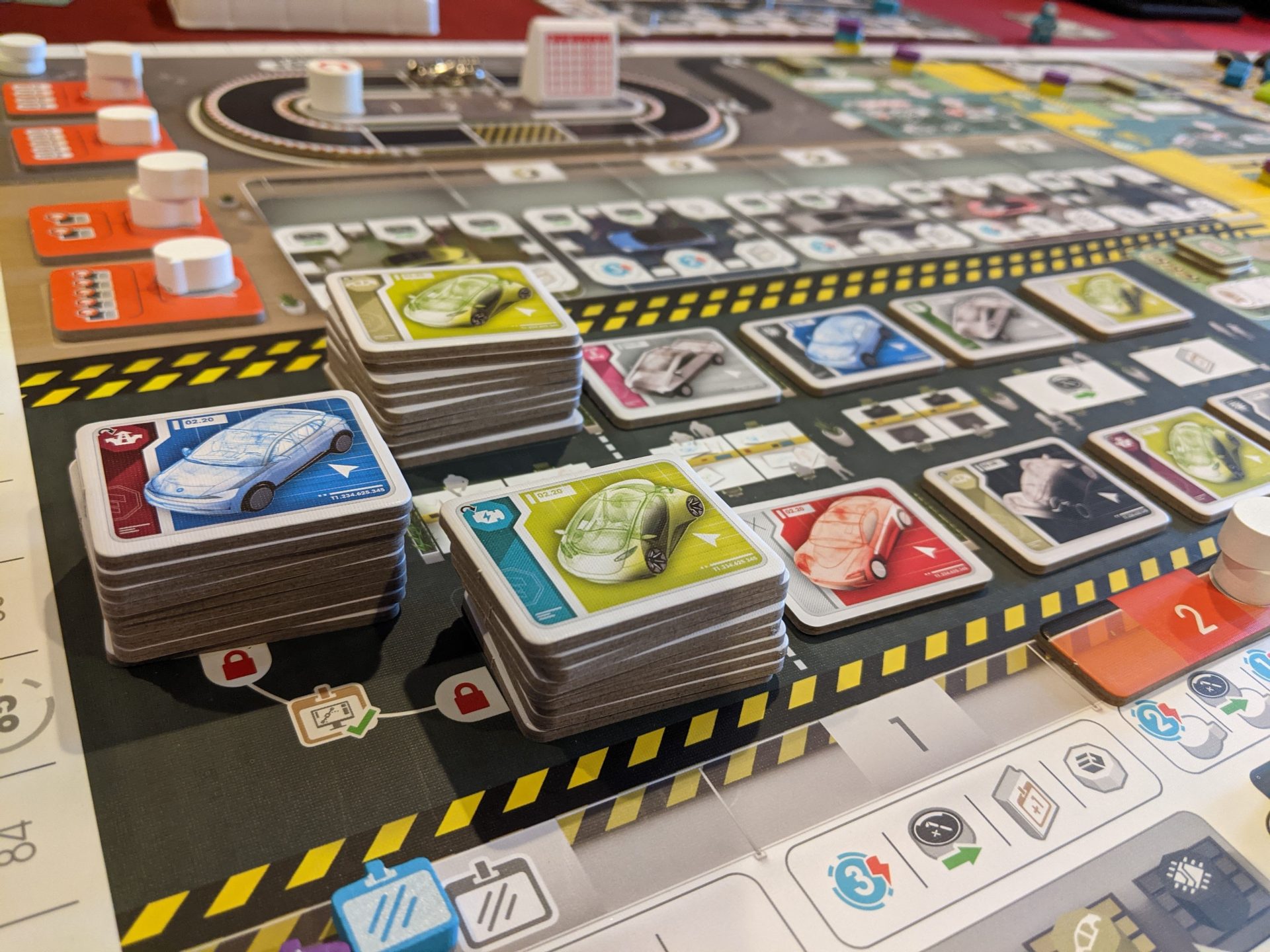 In the game’s normal playmode, this means the player in last place on the training track in Sandra’s current department will be penalized by losing a certain number of points. In your first couple of games, you might be shocked to see how often you will get hammered if you can’t successfully plot where Sandra is going to land each round.

This leads to the game’s biggest hurdle: it requires a level of advance planning that I would argue trumps every other game Lacerda has designed. You’ve got to really plan for what’s in store. Of course there are public goals that shift each game, so that gives you something to aim for. You’ll need car designs that match the kinds of cars that hit the test track, but then pushing the right kinds of cars out ensures you can snatch cars the second they become available.

Each department only has 2 workstations, so when picking a new spot for your next turn, you’ve got to navigate what other players will do, and what you want to do, and to do it well enough for Sandra to not reach into your pocket to take away some of your hard-earned points. Of course it is a Lacerda game, so you’ve already got to maximize each and every turn or you are hosed. Kanban EV is incredibly daunting even for a player who is great at playing heavy strategy games.

Kanban EV is a real challenge. And it has really grown on me. 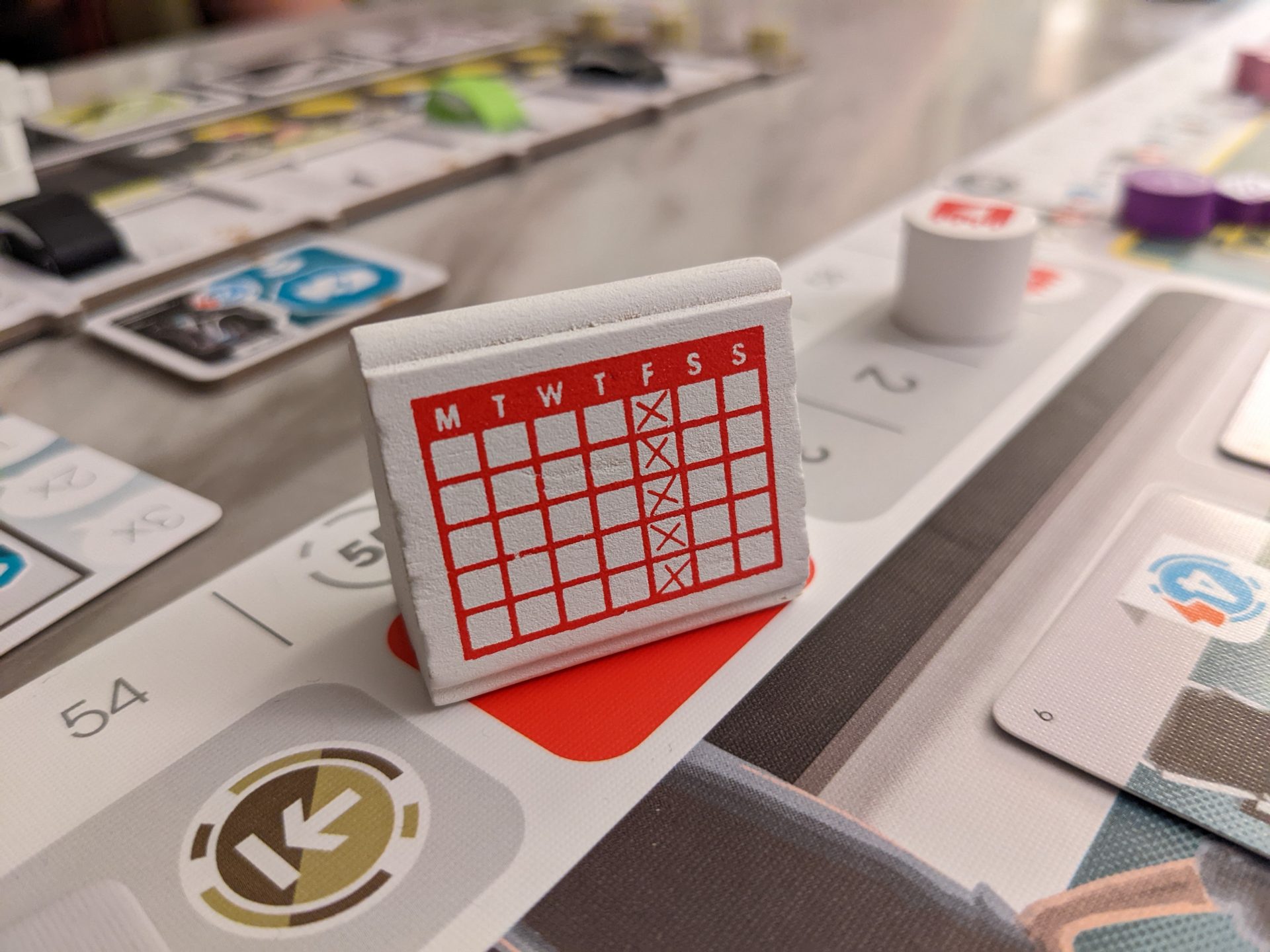 Play It to Play It Again

I didn’t love Kanban EV on my first play. In fact, I really thought it was not for me.

There are so many things happening in this game, and with a game that features so many rules, it’s a challenge to even finish your first game of Kanban EV getting everything right.

But slowly, I came to appreciate what is here. I love On Mars (my favorite of Lacerda’s games), but I also love Vinhos Deluxe Edition—the 2016 version only—for being such an accessible, highly thematic, and thrilling mid-weight adventure.

Kanban EV has reached an interesting place for me. It’s hard. Really hard. But it rewarded a significant investment thanks to a tall order: the game has to be played a few times to really understand all of the levers it is trying to pull.

Even though On Mars is a heavier game, I understood how everything fit on my first play. Kanban EV is harder to visualize, even up close. When should you push out cars? You certainly want to be armed with lots of car designs, but what if you can’t grab matching cars and you are short on car parts? And how the heck do you plan around Sandra’s movements based on the player count?

But then you play it for the third time, and things start to come into focus. You really come to appreciate that you want to have as many Speech Tokens as you can when meetings are about to begin. Everything you do should align with that game’s goals, but it doesn’t hurt to put as many high-value cars into your garage as possible. Pushing cars out will score points, but aligning car production with snatching the right cars off of the track is just as vital.

One other thing: Kanban EV gives you On Mars-level decisions (crunchy) with Vinhos Deluxe Edition-level play times (quick). It is shocking how fast a game of Kanban EV goes even the first time you play. By the third game, I was doing 3-player games in about an hour.

I’ve been polling friends, and I would love to hear from our readers about this; I think Kanban EV is the heaviest “short” game I have ever played. Ridiculous weight. Real crunch. No significant downtime, and once you’ve had your first meeting, the game is probably 30-40% done. When you are finished with your second meeting (meetings trigger when the pace car on the test track reaches a striped space) and finished your second end-of-week scoring (triggered when Sandra visits her office), you are one round away from triggering the end of the game. 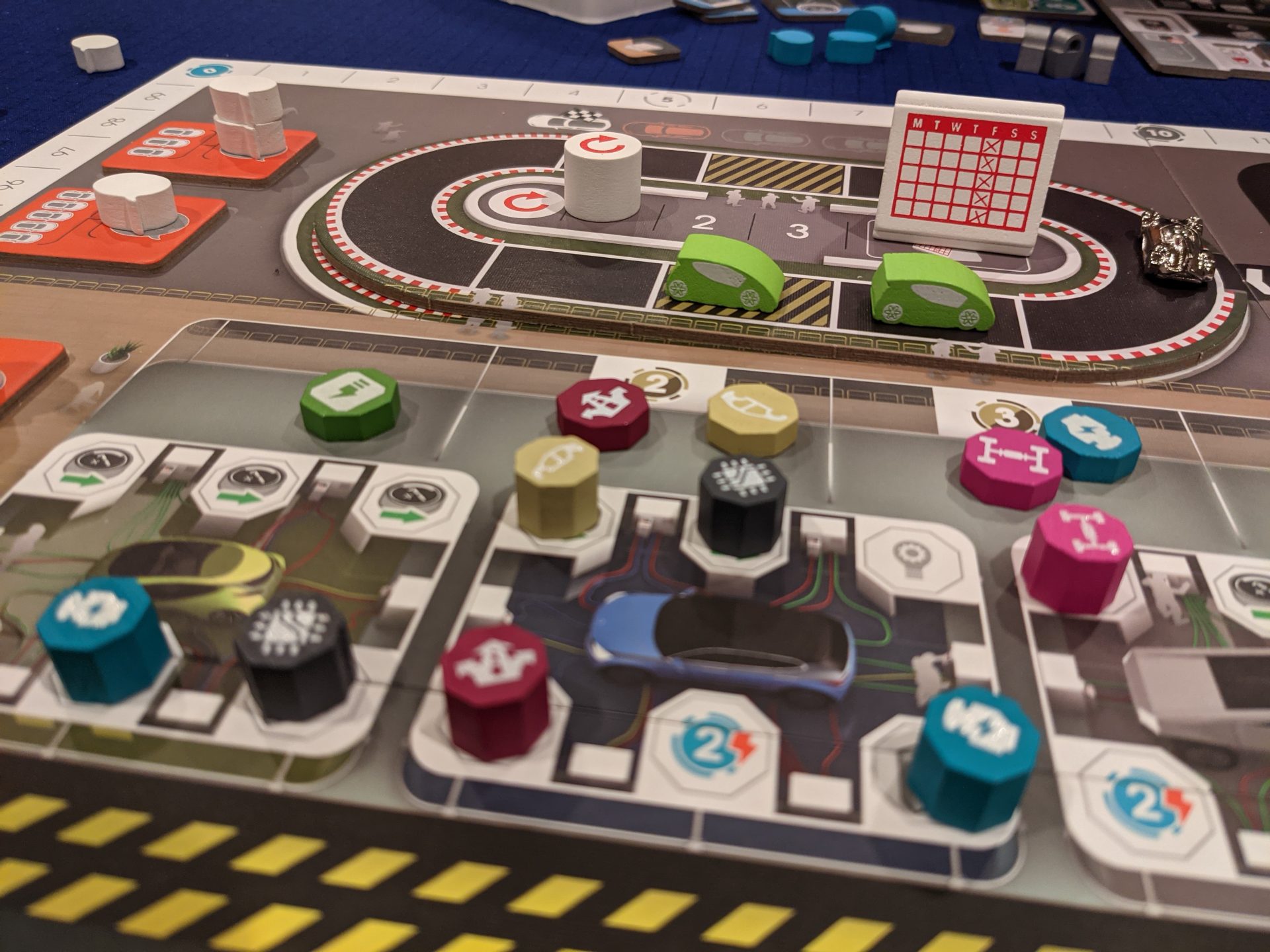 Kanban EV is a winner. It’s really grown on me since my first play and now that I’m 5 plays in, I can see it staying in my collection for a long time.

Setup is undoubtedly a pain, in line with every other Lacerda game I own. (Painful, and long, for sure, but putting those chunky pieces on the table never seems to faze me.) The teach? Oh my goodness. I don’t even let people play this game unless they watch the Gaming Rules! teach video because I’ll never be able to teach a game better than the guy who literally wrote the English rulebook.

But those are really the only negatives.

There’s an expansion that came with the Kickstarter version of the game, “SpeedCharger”, which I have still never played. (I’ll wait until I get bored with the base game, which I expect to be…never.) And there’s a solo mode designed by Mr. Solo, David Turczi, and even though I have only played it once, it has a chance to finally solve the one hole all Lacerda games have, which is that the solo variant is usually pretty weak.

In Kanban EV, the solo is actually decent. I won’t go so far as to say great, and it seems like the game didn’t need to be any harder out of the box. Turczi has you covered with 9 additional difficulty levels to make solo plays harder each time, and the game mostly does things that make sense, which I liked. It’s just hard to get psyched to play such a heavy game solo.; Human players make the whole experience significantly better.

This is a great game. Kanban EV has earned a seat at the table! 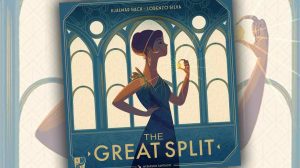 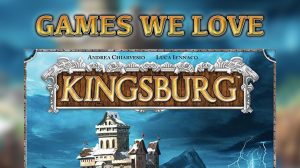 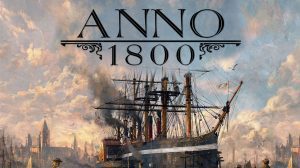 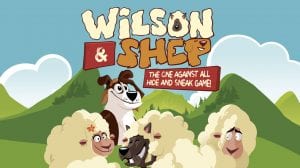