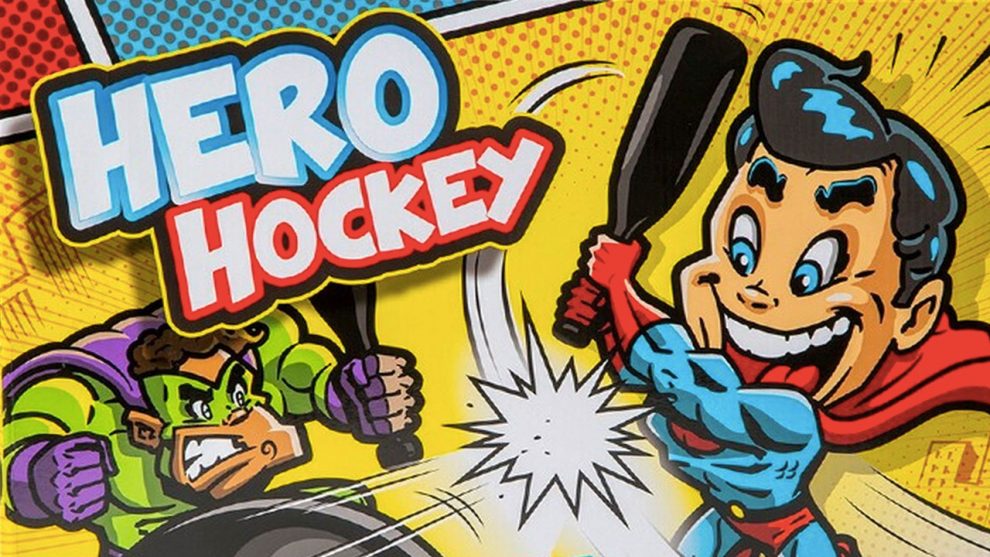 My boy burst into tears.

“MAMA!!!” he screamed at my wife, in full view of my daughter and I. “NO ONE WILL PLAY HERO HOCKEY WITH ME!”

One hour after setting up the new family dexterity game Hero Hockey by Asmodee, everyone in my household had played the game at least twice with my now-despondent, teary-eyed 5-year-old son. And he was annnnngry!

“Listen, son,” began my wife, negotiating with sadness in a way neither my daughter nor I was willing to do. “Let’s play again tomorrow. Mama’s tired!”

I’ll give Hero Hockey this much: my son absolutely loves it. If you point at the box and ask what Hero Hockey is, his eyes light up like your neighbor’s house holiday light show and he will excitedly help unpack the box to play.

And that’s important to note here; even though no one else in my family enjoyed it as much as he did, Hero Hockey is a keeper mainly to ensure that my son doesn’t lose his mind when he finds out we donated our review copy to Goodwill. 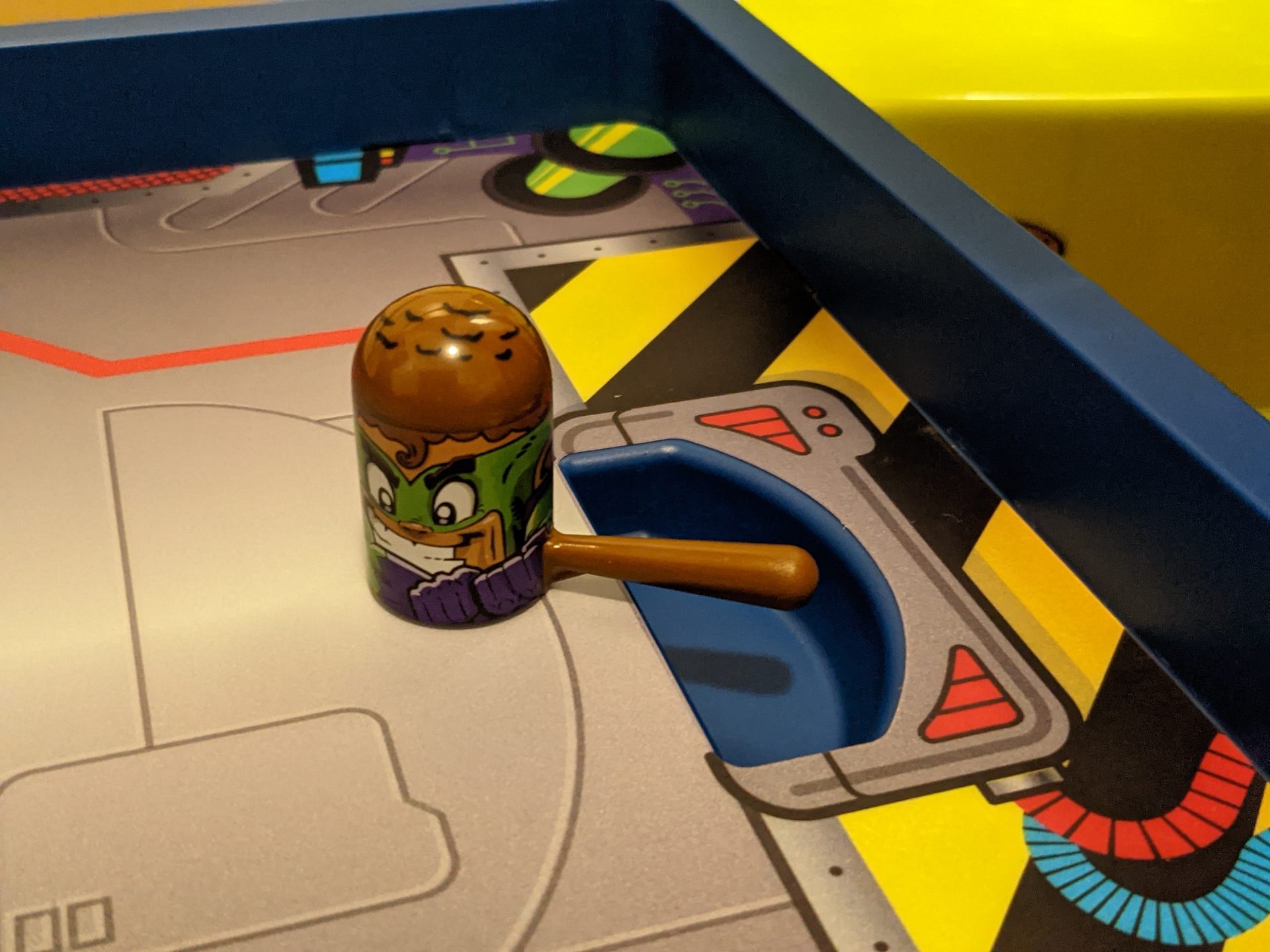 Seriously, Here Are All of the Rules

In Hero Hockey, players will choose one of the two unnamed hero avatars in the game (my kids are currently going with “Superman“ and “Green Lantern“, even though neither hero looks like them) and go head-to-head to score goals in a small, tabletop hockey arena. The first player to score 6 points wins; points include goals and any errors, like a technicality where a hero falls into a goal.

Seriously, those are all of the rules! There are 2 heroes included in the game. Each hero is split into 2 pieces: the top half is a magnetized character with a plastic extension used to bounce the puck into the opponent’s goal. This first piece sits on top of the plastic arena. The bottom half of your avatar is the other half of a magnetized stick which sits under the game board, basically serving as your controller to move your pawn around the arena without burdening the pace of play on top of the board.

Is Hero Hockey Really That Simple?

It really is. A game of Hero Hockey takes somewhere between 2-5 minutes, and we played the game a dozen times or more on the weekend it arrived at my house. (It even temporarily owned our kitchen table, so that rounds could be played in-between other chores.)

Simple? Yes. But Hero Hockey is sadly not very good.

Hero Hockey just doesn’t have that fun factor that many other family and/or dexterity games have here at the Bell Compound. Ice Cool? Oh my goodness; not only has that game gotten 30+ plays with the whole family—and many more with just the kids—but every time we whip out Ice Cool, we get really excited to play it.

Klask? That tabletop hockey game is easily the closest popular comparison to Hero Hockey, but having played both, I would play Klask 10 times out of 10 over Hero Hockey.

I polled my daughter and my wife to talk through why Hero Hockey doesn’t work, because all three of us were struggling to determine who would draw the “short straw” to play it again with my son (remember, he absolutely loves this game).

My daughter thinks that controlling the heroes is difficult, which I agree with. The magnetized halves of each hero don’t stay together very well during a frantic exchange when you are trying to score, leading to lots of technicality scores (another way to score points is when the other player loses control of their hero, which we house ruled and eliminated after it began to happen to all four of us game after game.)

While it is tough for my kids to control the heroes, adult hands struggle even more with the magnet controls; watching my wife and I guide those things is a comedy! 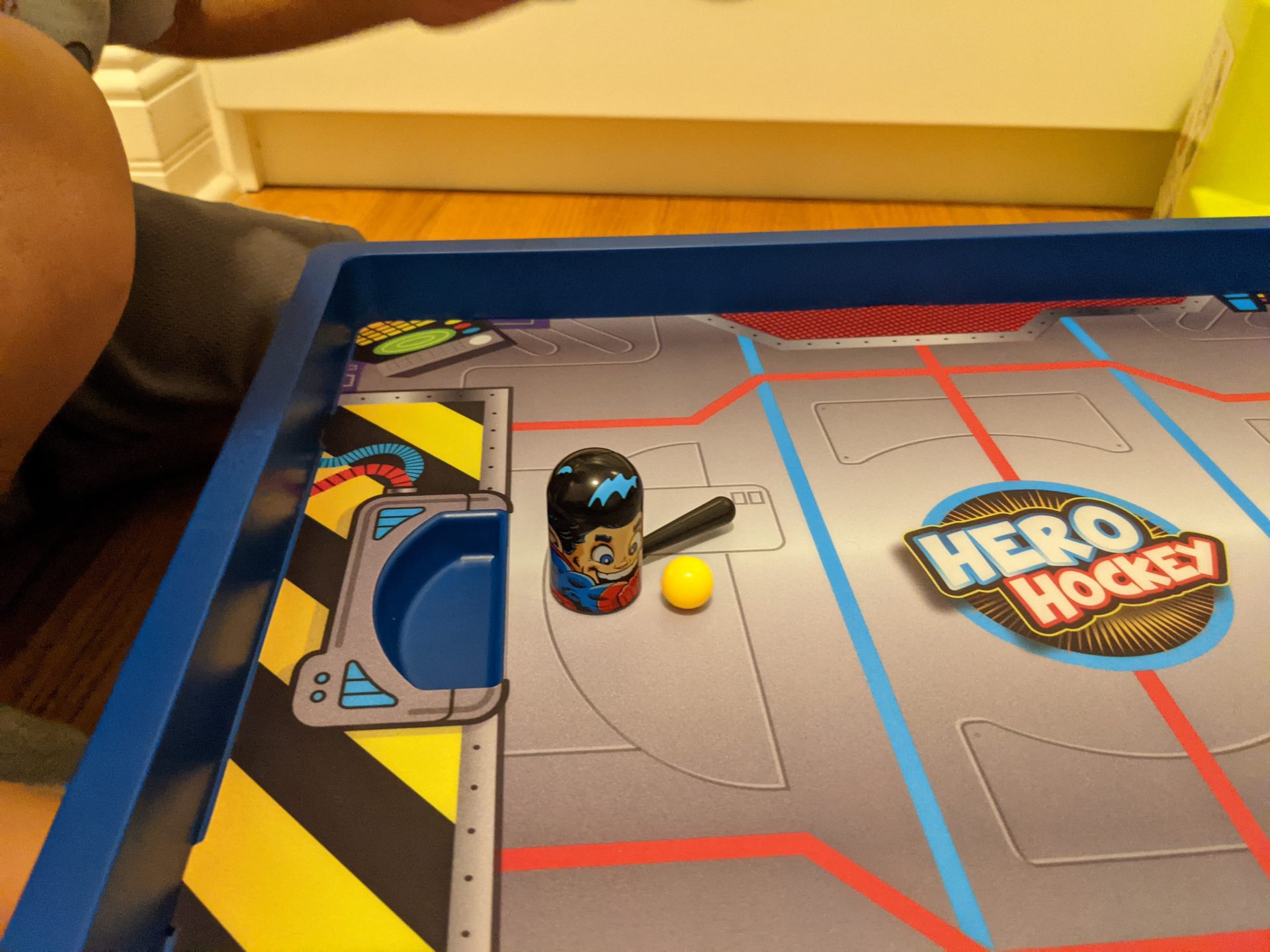 My daughter—who, for perspective, is only 7 years old but has begun to pick up minor nuances in the game Troyes when she watches me play on BGA–was also the first person in the family to call out a shocking miss with the components of Hero Hockey:

“Daddy, why does my hero have a bat instead of a hockey stick? And why is there no puck?”

Why DOES each hero have a bat as the plastic swing arm instead of a hockey stick to score goals in a game called Hero Hockey??? The bat at least lays flat in the arena so it is close to being a hockey stick, but I think more care could have been given to make the bat look more, well, stick-ish.

And why does the game use a ball instead of a puck? A plastic, thin, miniature poker chip would have worked just fine as a puck; instead, we have a ball (and only 2 balls are included, meaning because I have kids we have already lost one of them) that rolls very easily around the board. Each game, players will score once or twice because they just watched the ball roll around, sort of like scoring goals on an unbalanced foosball table.

Both good questions, but only questions Asmodee and the design team at Oy Marektoy can answer! (One more question, which is a little troubling: why does one of the “heroes” look like a villain? On the box cover, one of the characters clearly looks like the Riddler with a cape on. Maybe he is an anti-hero?)

My wife thinks that Hero Hockey is actually too fast; certainly, you could house rule the scoring to play to 10 or more, but the score track printed on the table only goes to 6. But she is right, the game IS too fast; it’s way too easy to score once you figure out the best angles for scoring. She also believes Hero Hockey doesn’t fare well as an adults-only option, which I tend to agree with; playing with the kids is fun, but a true family game would work better as something to be played amongst any two people willing to play.

Personally, I struggled with Hero Hockey for a few reasons. The plastic housing and the sheet on top of the arena floor are fine, perfectly fine, nothing below code or extraordinary…fine. There are only 2 heroes in the box. For the $30 MSRP I was expecting more, maybe some choices to bring some variety to the proceedings. Different plastic arena overlays to keep the board fresh? A goalie? (As it is, your hero plays double-duty as your only offensive and defensive player.)

I’m surprised there is not a chute on the board to insert a ball into the arena at mid-court after a goal is scored. Because it’s a ball and you are going to drop it close to your hero, that player always has a slight, brief advantage after the ball re-enters play.

I also wish there was a branded tie-in to make the characters more memorable; Asmodee has the Marvel license, so why not extend that into Hero Hockey and give me Spider-Man versus Captain Marvel?

Heroes in Name Only

My son loves Hero Hockey. The rest of my household does not. This doesn’t make Hero Hockey a bad game on its own, but it does mean it will fall behind every other game on the increasingly crowded family game shelf in our basement.

If you are looking for an entry point into tabletop hockey games, Klask is a better place to start that journey. Hero Hockey does a couple of things fine, but it doesn’t have the staying power that other dexterity games have delivered in recent years. 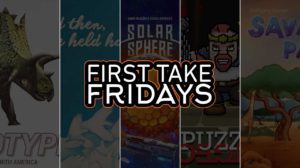 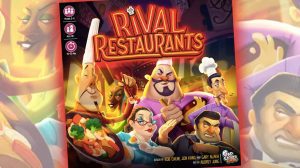 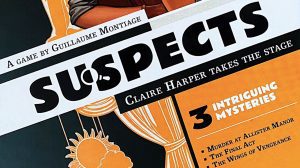 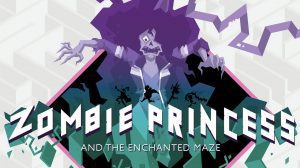 Justin reviews Zombie Princess and the Enchanted Maze to find out if zombie acrylics are worth the price of admission!