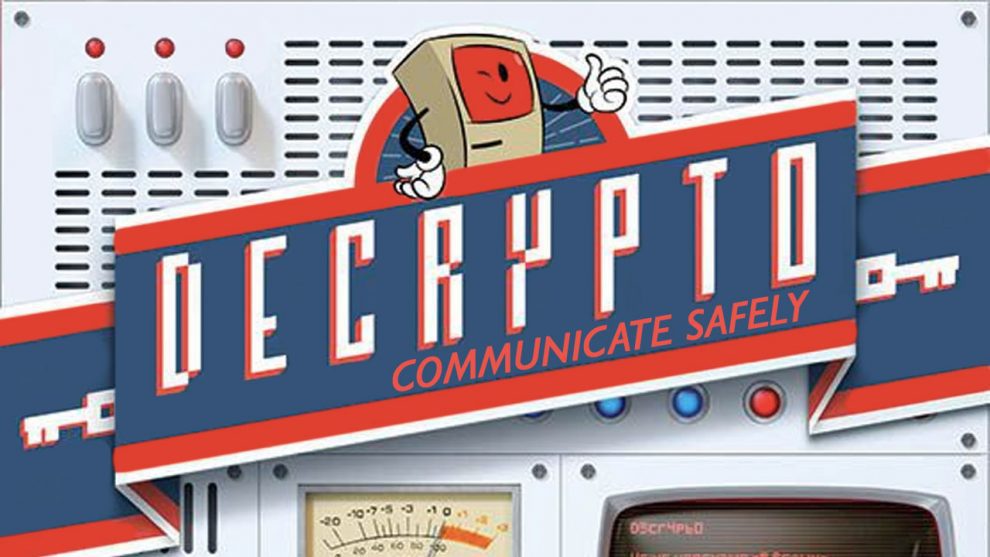 Scott Pepper boardgamepepper
1 Comment
Two teams race against the clock to decipher clues to determine a 3-digit number. Check out our Decrypto review to find out more.

I am by no means a party person, but I’ve come here to play a party game and tell the tale. Usually, my preferred idea of a game night involves multiple boards, tableaus, spreadsheets, and a good 4 hours which may or may not end long-standing friendships. But every so often, a casual game will rise above your typical Cards Against Humanity and Codenames (yes, I’m looking at you with a side-eye, Codenames) fare. Decrypto, cracking its way into your local FLGS April 19th from the good folks at Le Scorpion Masque (and Iello Games), has solved the puzzle of how to get me to enjoy a short, focused party game. 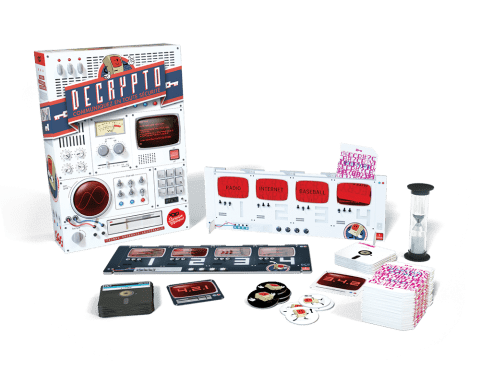 So ends the extent of my cryptography related puns. Let’s talk about the game! 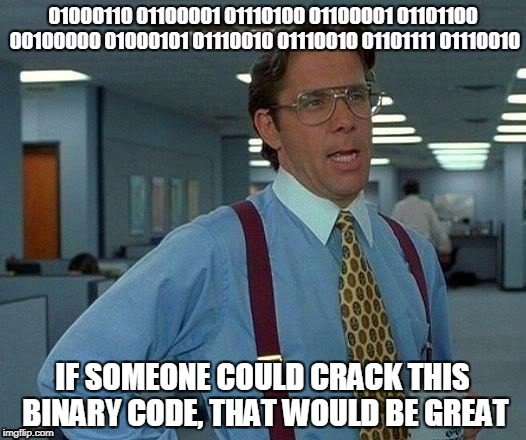 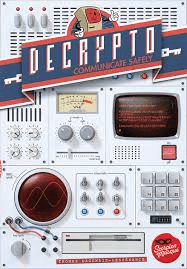 Decrypto is a simple code-cracking team game in which each group tries  to discern a 3 digit code by interpreting messages posed by teammates while at the same time trying to figure out the opposing team’s codes.

Each team is given a code screen (pictured below) and 4 cards numbered 1 through 4 with a single word printed on their faces. The corresponding words are hidden from the opposing team, visible only to teammates. One player will take a card with the 3 digit code (a combination of the 4 numbers on the code screen); they will need to give their teammates a coded message so they can figure out what the 3 digit number may be. If you get it right, you get the satisfaction of not receiving the Miscommunication token of utter failure and despair. With me so far? Great! 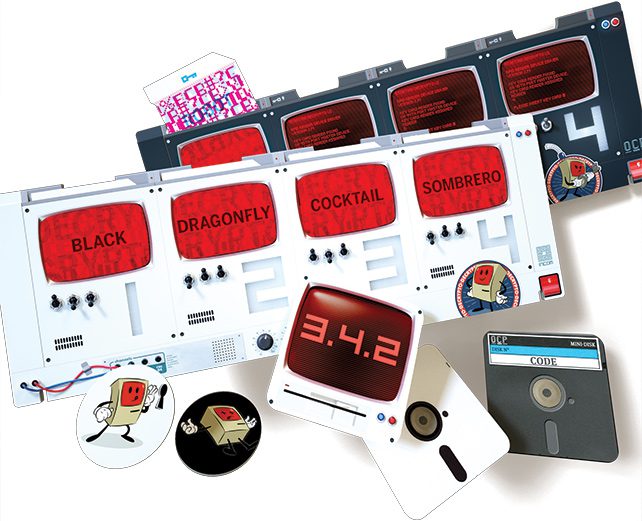 At the beginning of the round, a player from  each team picks a card with the 3 digit code and gives clues to help their teammates figure out the number before the non-proverbial and completely literal sand timer runs out. As long as it’s not the actual word, and not something previously used to describe the keyword, anything goes when trying to get your team to guess.

This isn’t unlike a myriad of games to come before: Scattergories, Pictionary, Apples to Apples even; the fun being you have to get your team to guess the code in the order of the words you’re throwing at them. If you have ‘dream’, ‘flower’, ‘car’, and ‘country’ (mapped to numbers 1-4 respectively) you could say something like ‘Kia’, ‘daffodil’, ‘Mexico’ in order to have your team guess 324. If you get it right, you move on to the opposing team and listen carefully! Note that you never reveal your keywords to the opposing team for the duration of the game.

If your team gets it wrong, you get a Miscommunication token. If you get 2 of these, the game is over and the opposing team wins. If you get it right, you move on to the next team. What really separates this from your every day party game is that once you move to the next round, each team then gives clues so the opposing team may try to guess. In this case, Team A will listen to a player from Team B who is giving the 3 word clues so you try to guess what their code may be. In the first rounds, this is tricky as you have limited information as to what their respective keywords are.

Depending on how conservative they are with the words they use, this may make attempting to crack their code more difficult. This can be especially true if you have a team who can communicate really effectively with incredibly obscure clues. If the opposing team is able to determine the other team’s code, they get an Intercept token. If either team accumulates two of these tokens, the game is also over.

Re-reading the overview a few times, I thought “Huh, you know that is a little confusing sounding.” And this is my only gripe with this game. Once you get into the flow of the game, it’s fast and fun and has a great rhythm to it. However, teaching the rhythm of Decrypto is a bit more complicated than I would prefer in a casual game like this. To simplify:

Like I said, it’s a little wonky at first, but once you get going the game really takes off. The creativity of using both the most obscure yet informative word to lead your team to the clue is where the fun of Decrypto really resides. 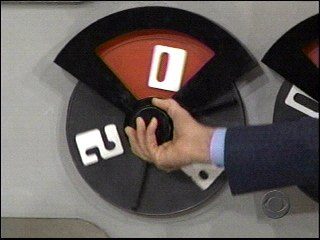 Not only is the game fun, I really appreciate the aesthetic of the components. They have a retro/old-school feel, replete with cards that look like diskettes from the mid 80s and a safe cracker vibe that, upon first look, made me think about this game from the Price is Right:

The cards are all well crafted; and what’s more, the number of keywords included allows for multiple plays of the game and you’ll never see the same words twice. After five games in, we never had a single repeat. While I’m sure words are bound to come up more than once, it’s likely it wouldn’t be the same combination as before. 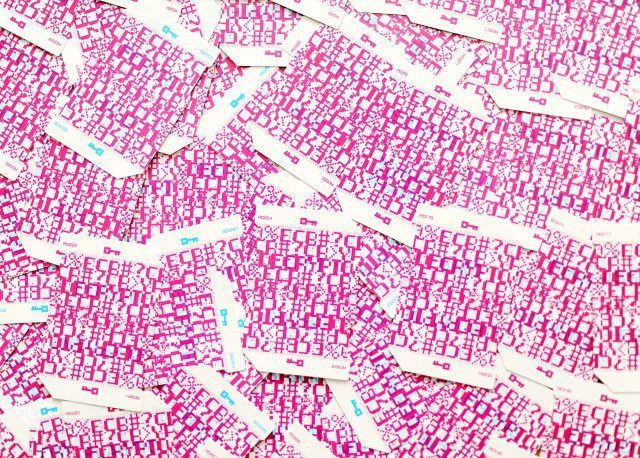 If you’re looking for a fun and smart game for a group of 4-8 folks, this is a game I would highly recommend. Aside from the initial odd flow of the game, you’ll quickly get past that and into the back and forth that makes Decrypto such a treat to play. It gets you thinking fast and looking for ways to describe words you’d probably never have thought of before. When it hits the streets next month, I highly recommend picking up a copy and including this in your regular game nights. Before my next marathon session of Twilight Imperium, it might behoove us to start off with a quick 30 minutes of Decrypto.

If you think of a good crypto pun, please insert it here as a good start to thinking the way this game requires you to think. 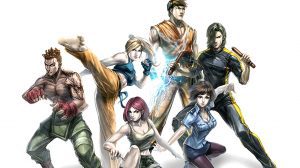 Join us as we review Street Masters: Rise of the Kingdom, a throwback to the time when the arcade was the center of the universe and quarters were the best... 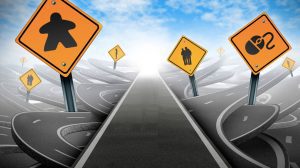 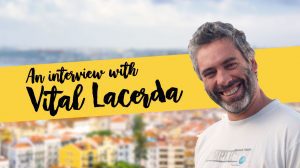 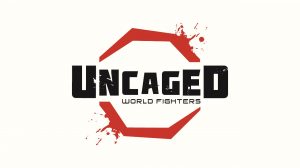