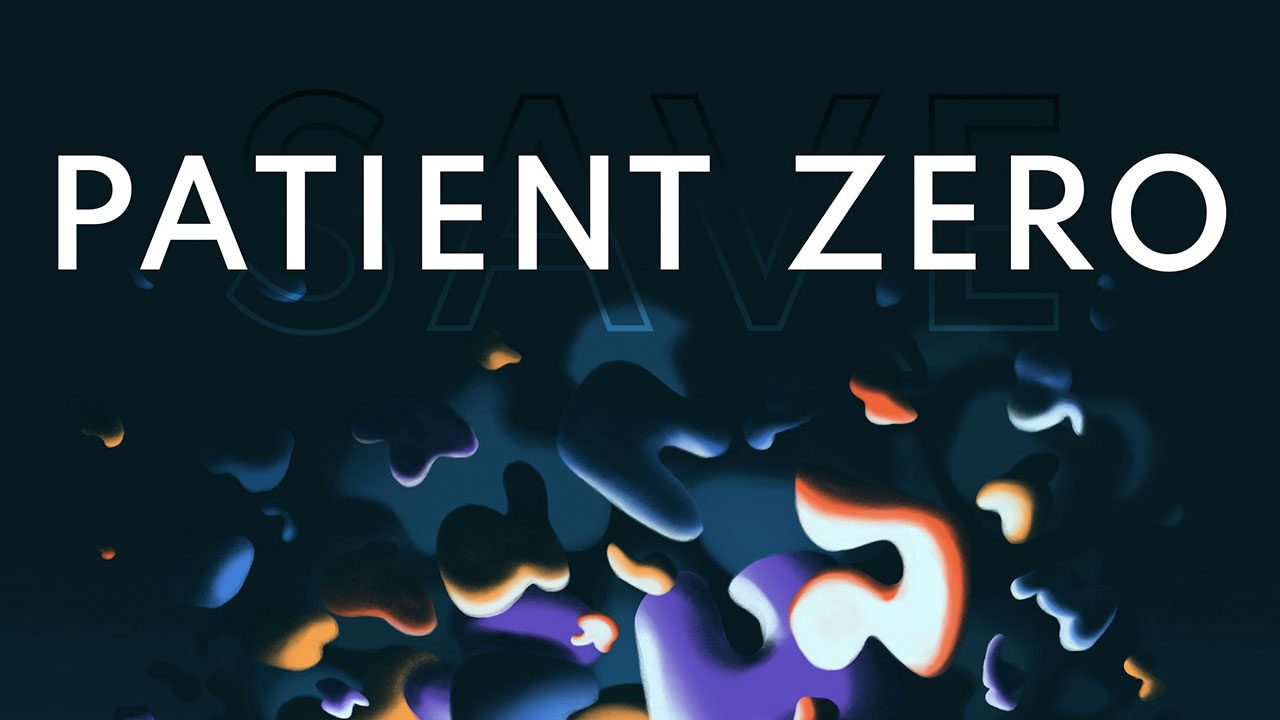 Scott Pepper boardgamepepper
Add Comment
Save Patient Zero is a unique coop game where two teams race to find an antidote for a new pathogen. Created before COVID, it's even more relevant now. Check out our review of this sciences based party game.

Have you ever had a great idea for something and then not long after it materializes in some form or another? That great book idea, a catchy song, that t-shirt idea that’s been rattling around your head. It’s part of the collective consciousness, and it’s impossible to escape or genuinely be upset about. It happens. Same goes with game ideas, however instead of someone else taking the idea and bringing it to fruition, the world goes and gets itself a worldwide pandemic.

This is the case with Save Patient Zero. A unique team-based game where two teams race to find an antidote for a new pathogen identified in the titular Patient Zero. Coming to Kickstarter today, the designers of this game were kind enough to provide a prototype copy of the game with a note pointing out that design began for this well before the world was afflicted with COVID-19. It’s a thoughtful gesture, and ultimately the theme does not come across as gratuitous nor insensitive in this day and age. 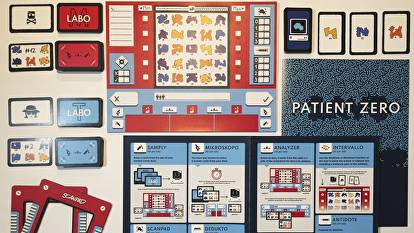 Save Patient Zero is a deceptively simple game which splits players into two teams, along with 1 other player designated as “Savvy”, the Lab Computer (acting as sort of the game master who facilitates some of the gameplay mechanics). Each team has their own lab material (Labo-T and Labo-M) and whomever is playing Savvy randomly picks 3 cards that are in the Molecule deck (used as the randomized goal for that particular game). The remainder of the game is dedicated to each team using the materials available to narrow down the molecules that appear on the Worksheet associated with their lab to narrow down to the 3 picked by Savvy.

Playing through the game with a group of 5 people (which seemed to be the ideal, 2 members on each team and 1 as the Lab Computer), took 6 rounds to get to the final result. It plays very much like a party game, using deduction and sometimes bluffing to get to victory. Gameplay is primarily achieved by the use of Tool Cards and subsequently Sample Cards.

Tools of the Trade 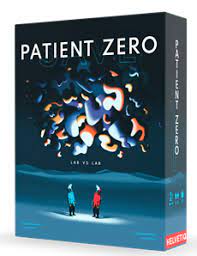 At the beginning of every round, both teams pick a Tool card and place it near Savvy. Whichever team picks a card first gets to play first, which significantly impacts the flow of the game. Both cards are placed face down and revealed at the same time, but whomever chooses first plays first. This brings me to an issue with the game itself.

There’s no strategy in picking first given you have no way of knowing what Tool will be drawn, and going first may in fact hinder you (or ultimately may be a boon) It’s a random chance that more often than not felt unnecessary. Ultimately, it felt there would be better game tension if both players selected their cards and whomever put their card face down first would go first. That being said, it did not detrimentally impact the game play, just added a level of random chance that didn’t seem to benefit the game.

Conversely, the variety of tools did make for interesting variations as each had a fairly different game mechanic. Some would prompt you to draw from the Sample deck and give them to Savvy who would place them in appropriate locations based on specific conditions (e.g. cards having matching molecules) while others would provide one lab with a number of Molecule cards (none of which are the ones for the antidote) hidden from the other, so it’s another way to potentially bluff or misdirect the other team.

Once both labs have completed their Tool for the round, they can move to the next round. This is done until one team plays the Antidote card and is able to find the 3 molecules. It’s a pretty decent timer mechanism, however there are a few things that potentially could make it a bit of a bane. Each lab has a similar deck of 18 Tool Cards and there are a few Antidote cards in each deck. Randomization creates the possible conditions where one team may never get the correct molecules or Antidote card before the other team could potentially get all 3 and the Antidote card in the first couple hands.

While it’s an outlier, it is a possibility. The game itself is a lot of fun, but the realization this could occur significantly limits the longevity of the game. We felt this could be alleviated by increasing the number of Tools cards, or reduce the number of Antidote cards in each deck. There are Variants in the game manual that account for some of these conditions, so I do think this is something they’ve come across. 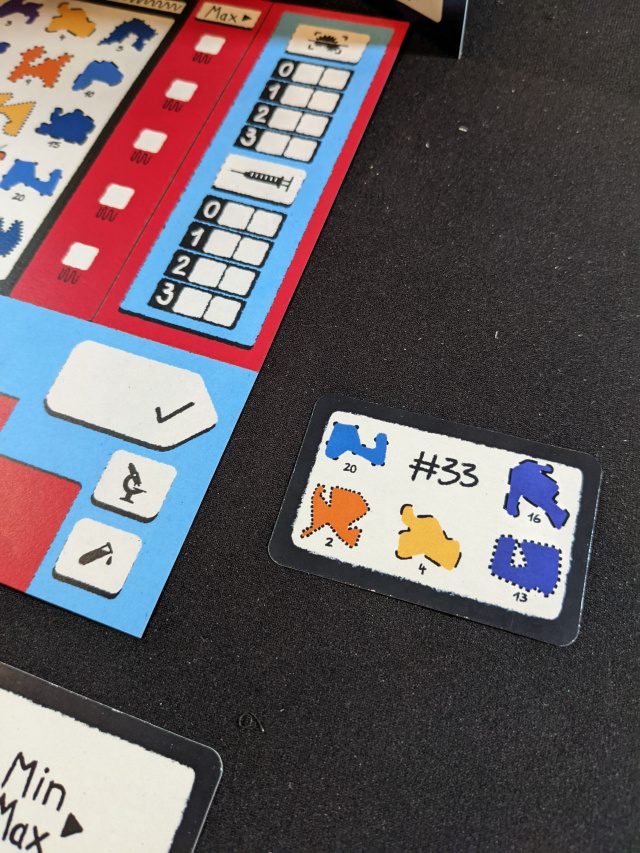 The game manual and video rules they’ve made available clearly explain how to play the game, and it’s not so complex that you couldn’t get a group to play after reviewing the rules for just a few moments. The components were just prototypes, but were colorful and clear. The icons for each of the Tool cards didn’t click at first, at least for me, but after a couple of rounds it becomes pretty obvious what they are and what they represent (i.e. a fedora and sunglass wearing agent for the Spy Tool).

Save Patient Zero is a fun party game that can be finished in 30 minutes and prompts the group to use co-operation, brain power, and deflection. That’s practically a scientific achievement right there! 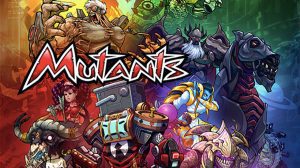 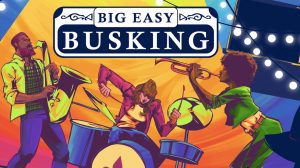 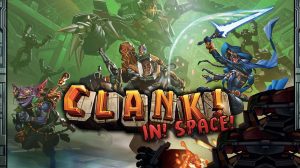 More adventures in the Clank! universe! Read our review of Clank! In! Space! and test your wits and nerve against all the enemies Lord Eradikus can throw your... 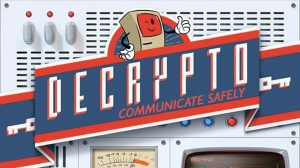