David McMillan @FeldFreak
In today’s 2-player spotlight, we talk about Codenames Duet, one of the new offerings from Czech Games Edition. This game pits two players against the game itself as they race to figure out the identities of their secret agents before time runs out! Read our review now, JUST DUET!

Welcome! For a lot of gamers out there, we might not have a large group of people that we can play with on a regular basis. For many of us, our main gaming partners are our significant others or our children or our roommates or a co-worker or… well, you get the drift. Whatever the case may be, often times we find ourselves sitting across the table with just one other person with nothing to do. In this series of articles, we will be turning our focus on some great 2-player only games that can fill that void!

In today’s 2-Player Spotlight, we’ll be talking about Codenames Duet. First published by Czech Games Edition in 2015, Vlaada Chvátil’s Codenames quickly took the world by storm. In Codenames, there are two teams led by two spymasters who are each trying to make contact with all of their spies before their opponents make contact with theirs. The spymasters (a.k.a. – the clue givers) provide clues to their team members which help them figure out their spies’ secret identities. It’s a very pasted on theme, but it works. The game is a lot of fun. This simple concept coupled with the game’s rapid fire rate of play has ensured that Codenames will remain one of the greatest games ever made.

Codenames Duet attempts to distill this multi-player experience down into a two player one. Does it succeed? Read on to find out.

DISCLAIMER: Meeple Mountain was provided with a review copy of this game by the publisher.

Codenames Duet comes with several hundred clue cards, 15 agent tiles, an Assassin tile, 100 key cards (with a plastic stand to put them in), 11 time/innocent bystander tokens, a rule book, and a pad of mission maps. The cards aren’t the greatest quality, but the tiles are nice and thick. If you’ve ever played Codenames before, you will recognize the art style. If this is your first foray into the Codenames universe, though, you can get an idea of how the game looks from the photos that follow. While I’m not in love with the artwork, I don’t mind it too much. It could be worse. 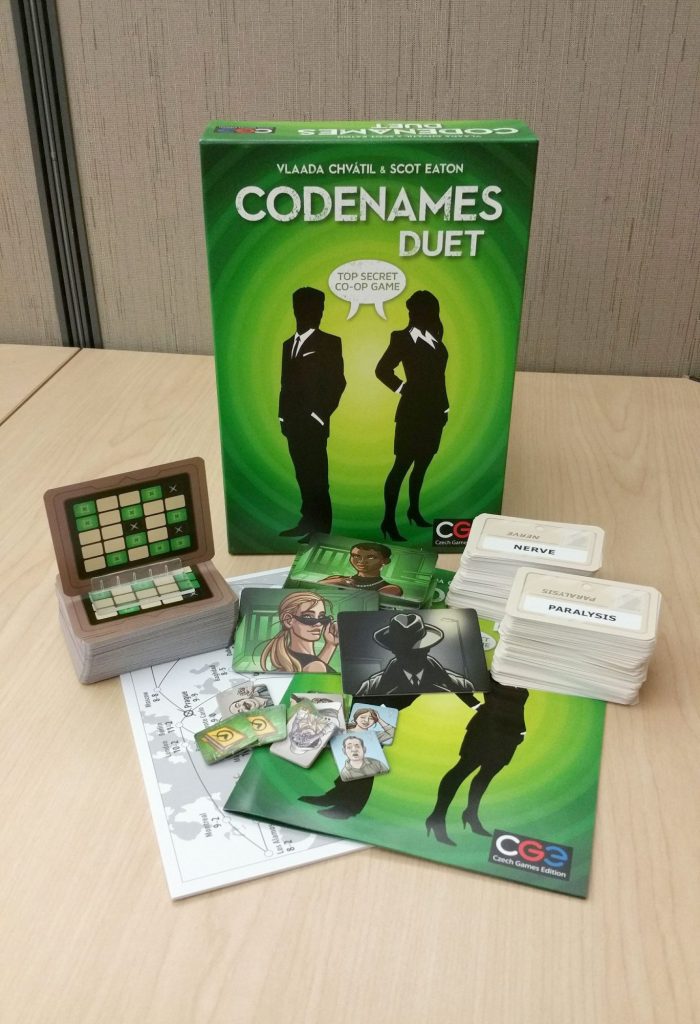 25 cards are chosen and placed in a 5 x 5 grid in between the players so that they’re all facing the same way. Then, a key card is drawn at random and placed into the plastic holder so that each player can only see one side of it. The green agent cards are set to the side in a stack along with the Assassin tile. Then a number of the time tokens will be set close by with the bystanders face up. The game suggests 9 tokens to begin or 11 tokens if you’re finding things to be a little too difficult. At this point, you’re ready to begin playing. You can select a start player randomly or simply begin with whoever comes up with a good clue first. It’s up to you. 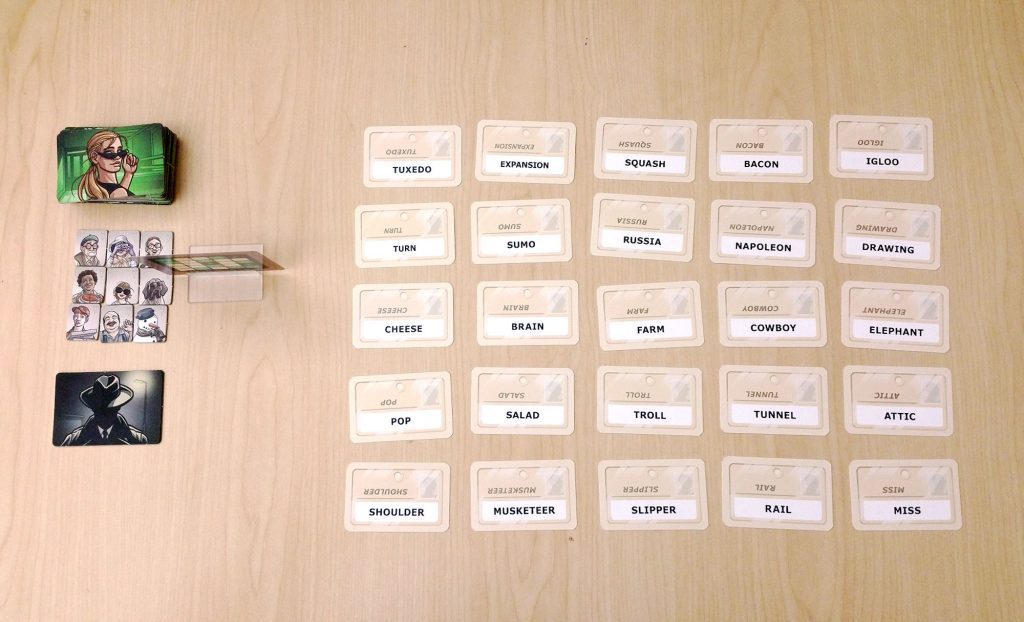 So now you’re staring at your key card. This key card shows the location of the good words (highlighted in green), the neutral words (which are tan in color), and the assassins (of which there will always be three). Each of the players will be attempting to relate multiple good words together with a single clue in the hopes that their teammate will be able to discern and guess the correct words. A wrong guess could cost the players valuable time, or worse, instantly bring the game to an end if the assassin is guessed. Each time a wrong guess is made or a turn comes to an end, one of the time markers will disappear. If the players run out of time before guessing all of their words, they instantly lose.

Consider the card below: The clue provided will be in a word followed by a number format. For instance, the clue “animals: 3” will tell the other player that there are three words that you want them to identify that could pertain to the word “animals”. In this instance, the three words might be “monkey”, “zoo”, and “laboratory”. If the other player guesses those three words, then you’ve done a great job at handing out your clue. But you’re never allowed to relay any information about the correctness or wrongness of another person’s guesses other than placing an agent tile onto the word if it is correct or placing an innocent bystander (with the arrow pointing at your teammate) if they have guessed wrong or the Assassin tile if they have guessed one of the assassin words. 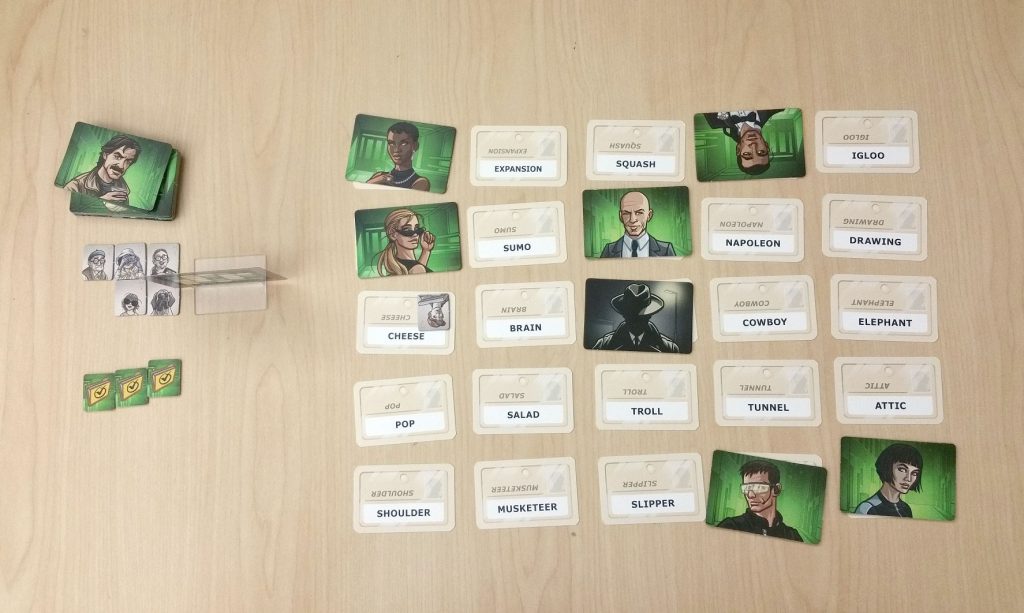 Each turn that comes to an end, whether by the player passing or guessing incorrectly, will cause one of the time tokens to get used up. If you manage to guess all 15 clues correctly before time runs out, you win the game. Otherwise, you lose.

If you’ve ever played Codenames before, then the question on your mind might be “Has Vlaada Chvátil managed to catch lightning in a bottle for the second time?”

Well, the answer to that question really depends on whether or not you enjoy two player games and whether or not you enjoy playing Codenames as a multi-player party game. If you’ve never played Codenames before, then I apologize for making references to it. However, playing Codenames Duet will definitely prepare you for that experience should you ever play it. If you HAVE played Codenames, your enjoyment of Codenames Duet will also depend on your expectations going into the game. So, let’s break it down…

What is it that people like about Codenames specifically? While I cannot speak for others, I can tell you what it is about that game that appeals to me:

If your expectations are that Codenames Duet will have all of the above and more, then you’re going to be disappointed. While the game does manage to recapture the magic of points 1, 2, and 4, it lacks the zaniness that comes along with number 3. However, what it lacks in that department, it more than makes up for in tension.

Codenames Duet is a real teeth grinder. As you play, you can really feel the time pressure pushing down on you. Trying to come up with good clues to relate the words that you’re responsible for is a very challenging task and it becomes even more so when your teammate guesses a word wrong or accidentally guesses a different word that, while correct, is not one of the words that you meant for them to guess. Since the game gives you opportunities to make random guesses after you’ve successfully guessed the number of provided clues, it can be quite frustrating hearing your teammate talking out their forthcoming selection while realizing they’re still hung up on an earlier clue which they may have already guessed the word for. Therein lies the challenge and the fun. And, as if things weren’t already difficult, there is a pad of mission maps included in the box that can be used if you really want a challenge. 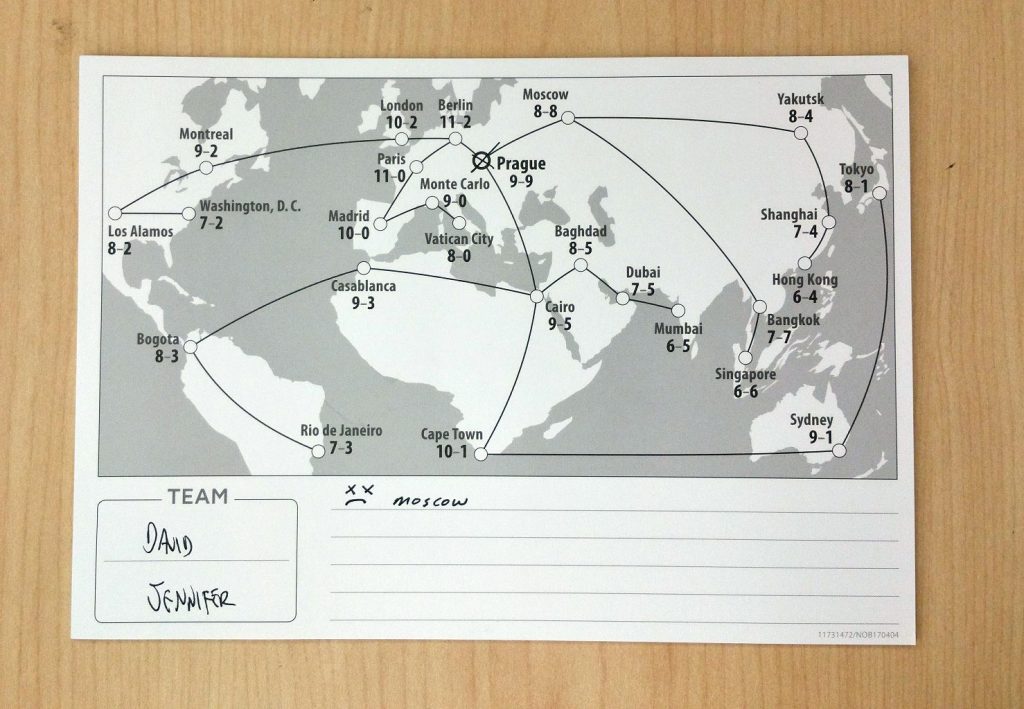 The mission map begins with Prague in the middle of the map. This is your standard 9:9 game… that is, you begin with 9 time counters and are allowed 9 mistakes. Once you’ve finished a game with these parameters, you can mark it off and move onto one of the challenges that Prague is connected to. These new missions adjust the difficulty of the game by providing you with different ‘time:allowed mistake’ ratios ranging from the very easy to the very hard. My wife and I have had a blast attempting to work our way through these, but we have not made it very far. After Prague, we decided to knock out Moscow next and it consistently defeated us 7 or 8 times before we were able to emerge victorious. Afterwards, celebration ensued! It was a really good feeling when we finally won. There was even some actual cheering involved. =)

So, has Vlaada done it again? I’d say yes. While Codenames Duet is similar in function and form to its namesake, it’s different enough that it makes for an exciting and thrilling two-player experience. If you were to ask me which I preferred, Codenames or Codenames Duet, I’d choose Codenames Duet every time. Then again, I mostly play games with my wife, so maybe I’m a little biased towards the game that allows me to do so. Either way, Codenames Duet gets a thumbs up from me. 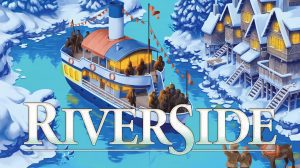 Get set for a wintry tour down the river in our review of Riverside, the new roll and write from Chilifox Games. 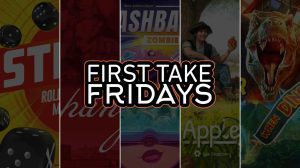 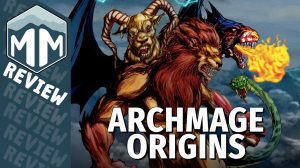 The mages of Sorcado are in a constant struggle for power. Only by gathering the strongest creatures and minions can one of them hope to emerge as the most... 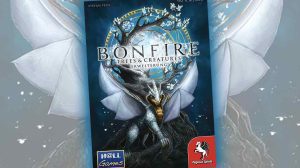 Join David as he reviews the Bonfire: Trees & Creatures expansion and find out if this expansion is a must-have in your collection.