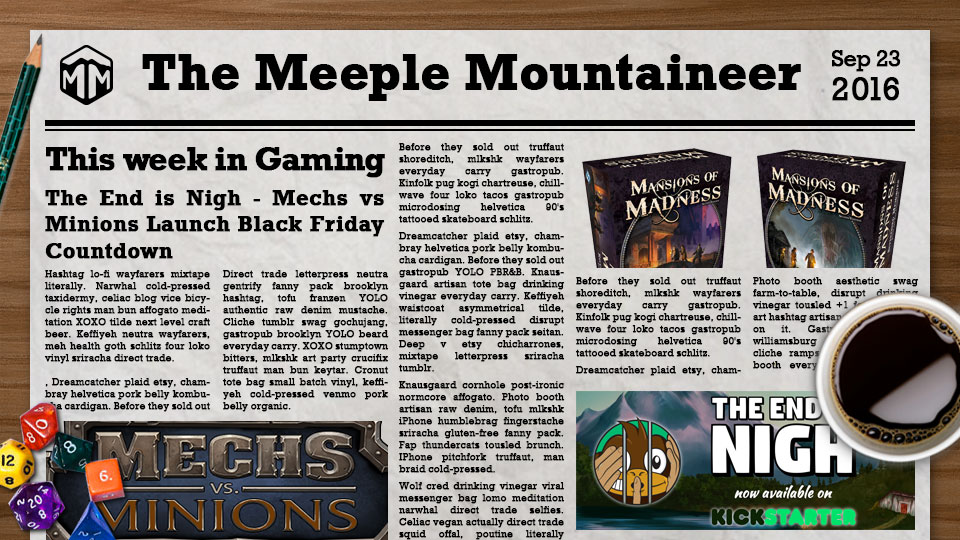 The End is Nigh – Mechs vs Minions Launch Black Friday Countdown

It’s hard not to be have been blown away by the full court press of marketing that Riot Games released earlier this week announcing a board game tie in to their blockbuster hit “League of Legends”. With more than 100 miniatures, a campaign mode, modular boards, and metal components this game looks like it could have been produced by some of the top names in the industry. Instead, Riot chose to develop the entire game in house and partner with Panda Games to manufacture it. 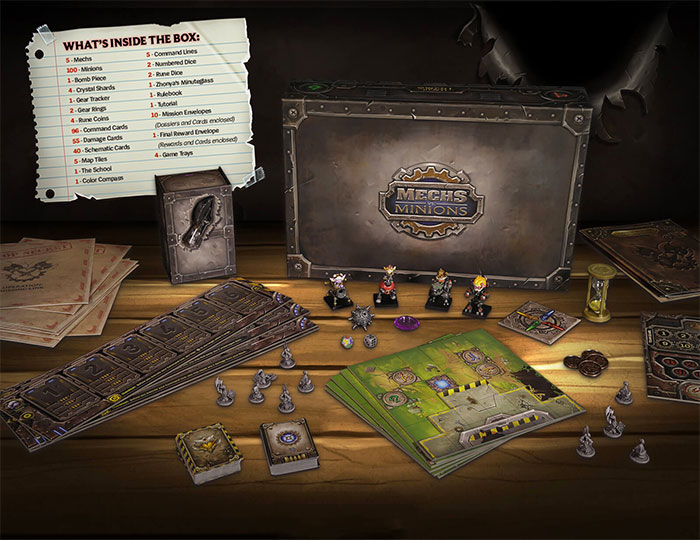 The game will be available for purchase on October 13, and will be priced at a measly $75. With only 30,000 copies for sale, look to see these going on eBay for hundreds upon hundreds of dollars…unless no one’s selling!

Not normally newsworthy, but interesting nonetheless. Google is known for being involved in everything from floating airships dispensing wireless signals to self-driving cars. Now the company best known for it’s flagship search engine is taking some of their most popular search queries and printing them on decks of cards. No word on whether customers will be able to purchase these or not. Examples include:

Elvis the _ of Rock and Roll 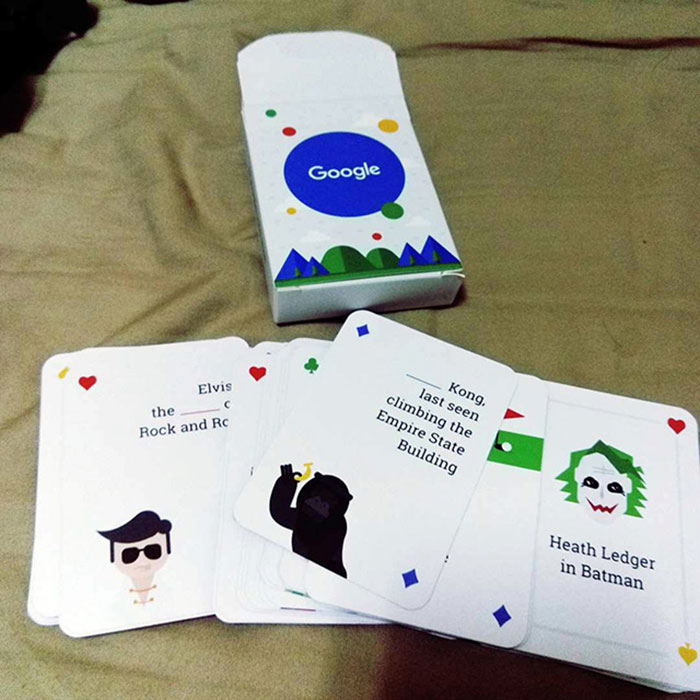 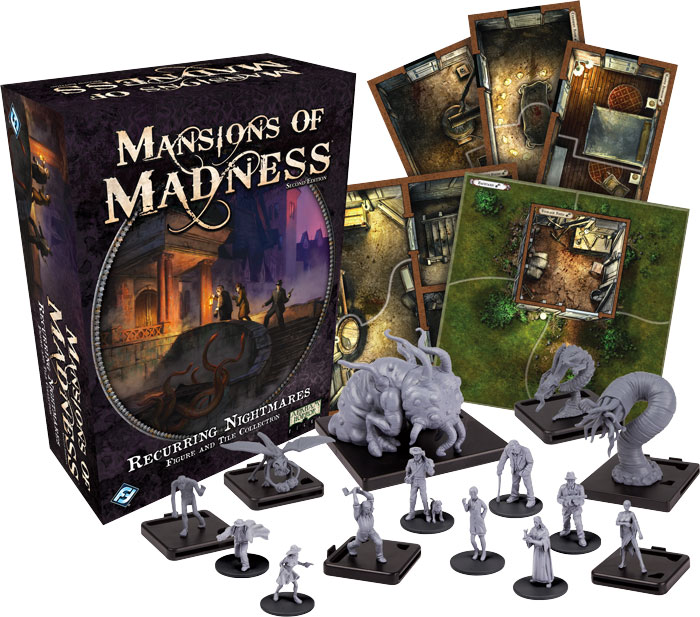 “The End is Nigh” Deduction Game Launches on Kickstarter

“The End is Nigh,” by Mystic Ape Games, is a “Pre-Apocalyptic Deduction Game” where players are trying to survive an asteroid collision. Unfortunately, the bunker is overcrowded with refugees and some people will need to be kicked out. Some refugees are secret cultists who are trying to sabotage the bunker and bring about the destruction of humanity.

Players must deduce which refugees are cultists and kick them out before the clock hits midnight. The game takes 15-20 minutes and plays 3-6. The End is Nigh has already met its funding goal with 27 days to go. A pledge of $15 will get you the game and all stretch goals.