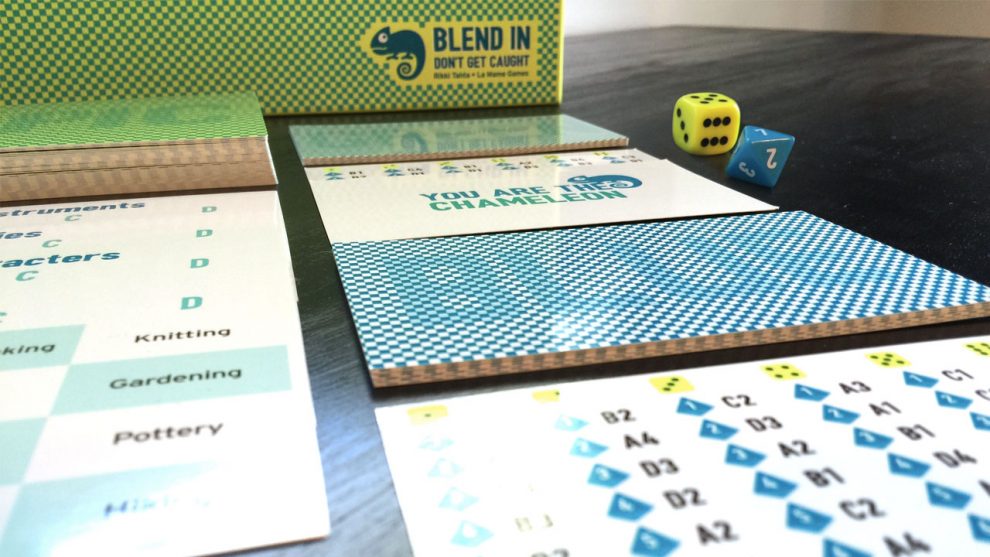 Andy Matthews @commadelimited
There are lots of social deduction games on the market, so what does The Chameleon have that others don't? Smarts, sexiness, and streamlined gameplay for starters. Wanna know what we think? Read our review of The Chameleon...before it disappears.

After a long day at work sometimes you just want to relax with a drink, some good friends, and a great game. Lately my choices have leaned towards the heavier side of things but I’m determined to mix it up a bit more.

Many people who see themselves as “gamers” avoid party games which is unfortunate. Pound for pound a party game will get you laughing and enjoying yourself more quickly and easily than any game of Power Grid or Russian Railroads. Now that’s not to say one is better than the other, but there’s certainly no denying that the goal of most party games is to get you laughing with a bunch of people.

Tell Me About The Chameleon

Included in the box are blue and green sets of “code cards”, a tall stack of “topic cards”, and 2 really cool dice. 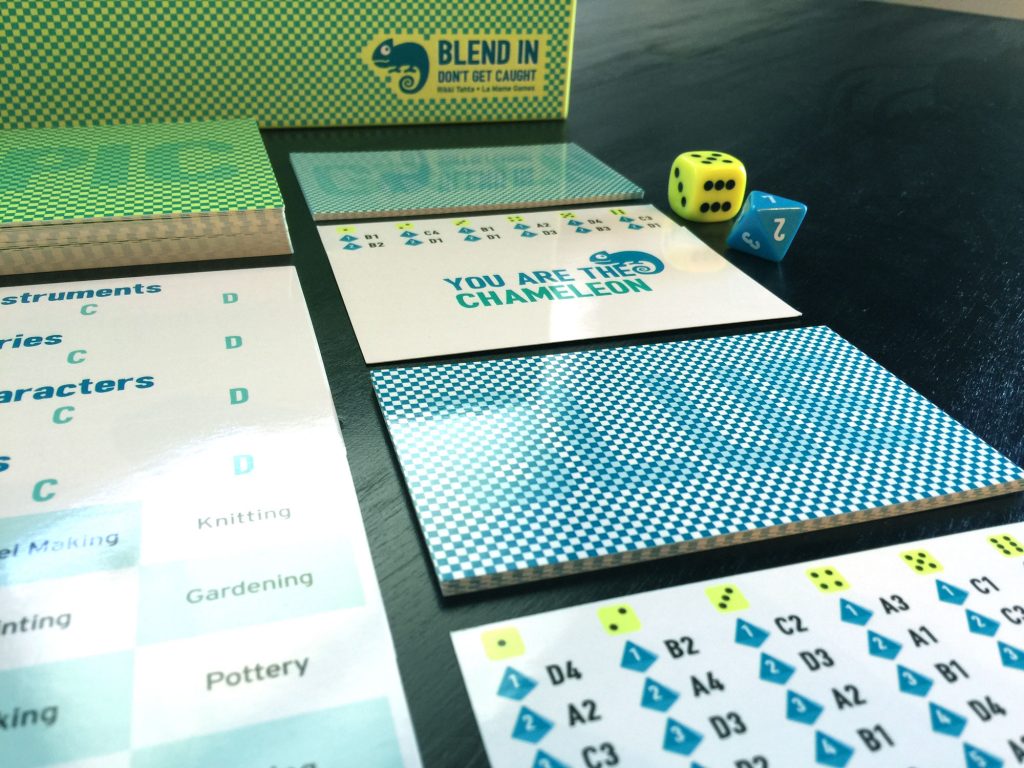 Each of the “code card” sets includes one chameleon card 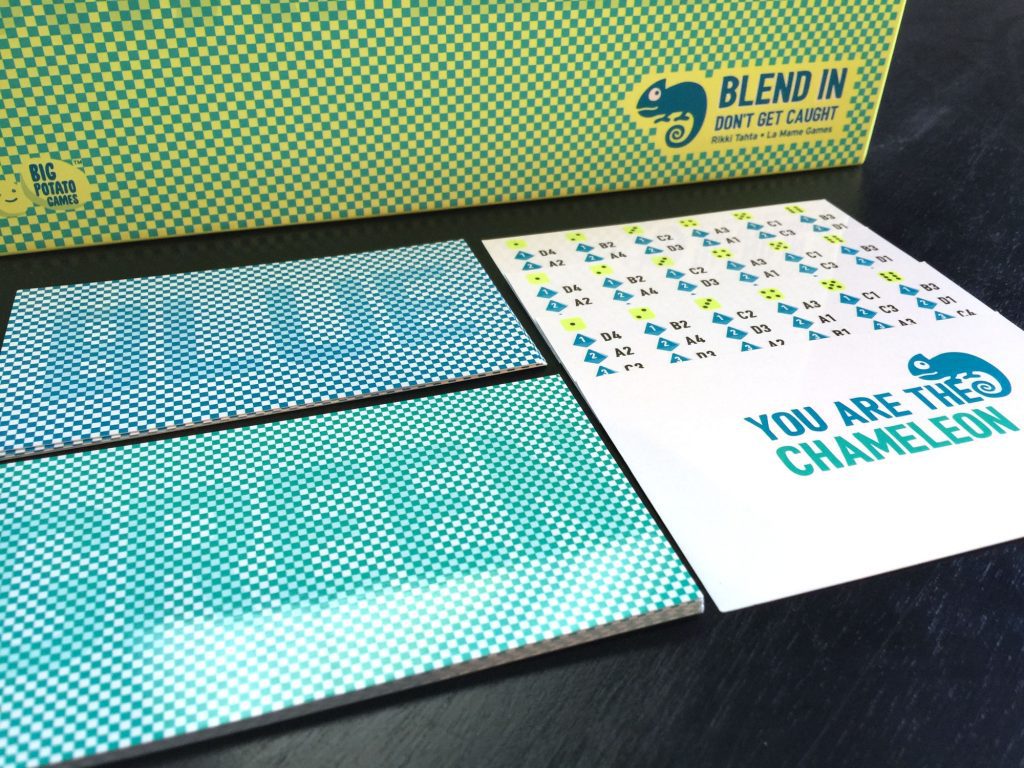 and 7 cards which display coordinates referencing to spaces on the topic cards: 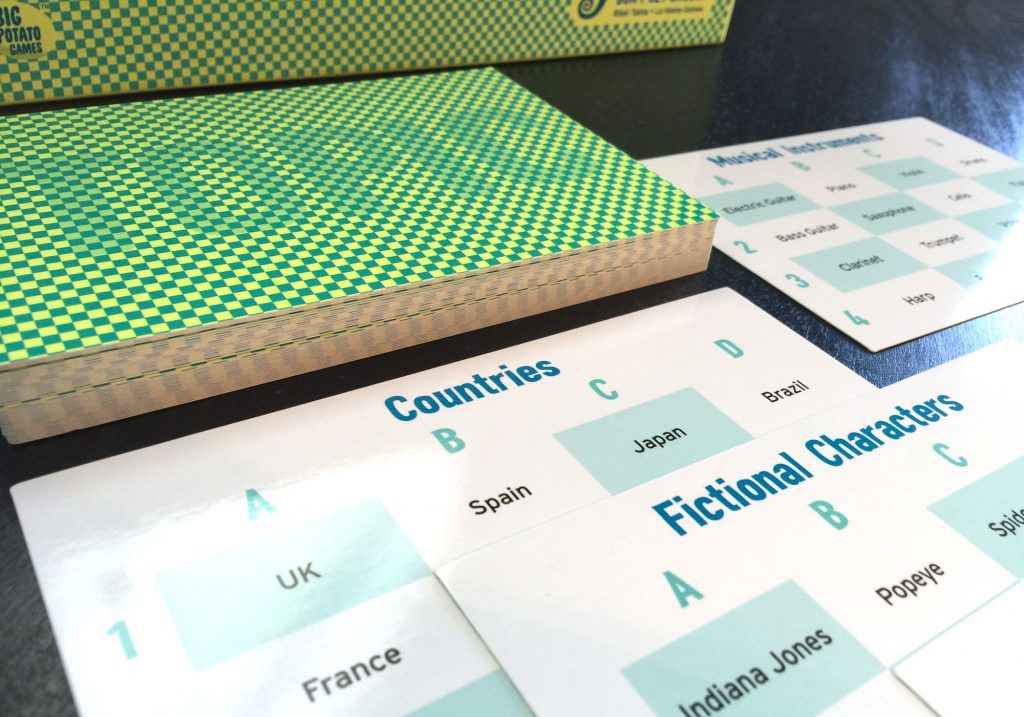 You can play a round of The Chameleon in almost less time than it takes to set up the game. Take a number of cards from one of the code cards stack equal to the number of players, making sure to include the Chameleon card from that stack. Shuffle the cards really well, then pass out one card to each player. Pick a first player using whatever method you choose and begin.

Select a topic card for the round, turn it face up in the middle of the table, then roll both dice. Players who have code cards will be able to determine what the secret word is for that round, while the Chameleon will be left befuddled.

And that’s the game. Play it as many times as you like, drink some beers (or iced tea, sodas, etc.) and just laugh with your friends.

So what do I think about The Chameleon?

I think The Chameleon is great! Everyone I’ve played it with loves it, and wants to keep playing. It’s fun, light, easy to teach, and with the combination of the grid of words on the topic cards, and the matrix of choices on the clue cards you could play for a long time before running out of content.

That’s not to say the game is perfect by any means. It feels very similar to Spyfall and other “hidden player” type games. Unsurprising I suppose, but still something to call out.

The graphic design, art, and color choices are top notch and eye-catching, but the front cover could have had just a bit more legibility on the game title. If you catch the box lid in the right light it’s easy to read, but hit it face on and you’ll be left staring at the cover like it was a magic eye picture. 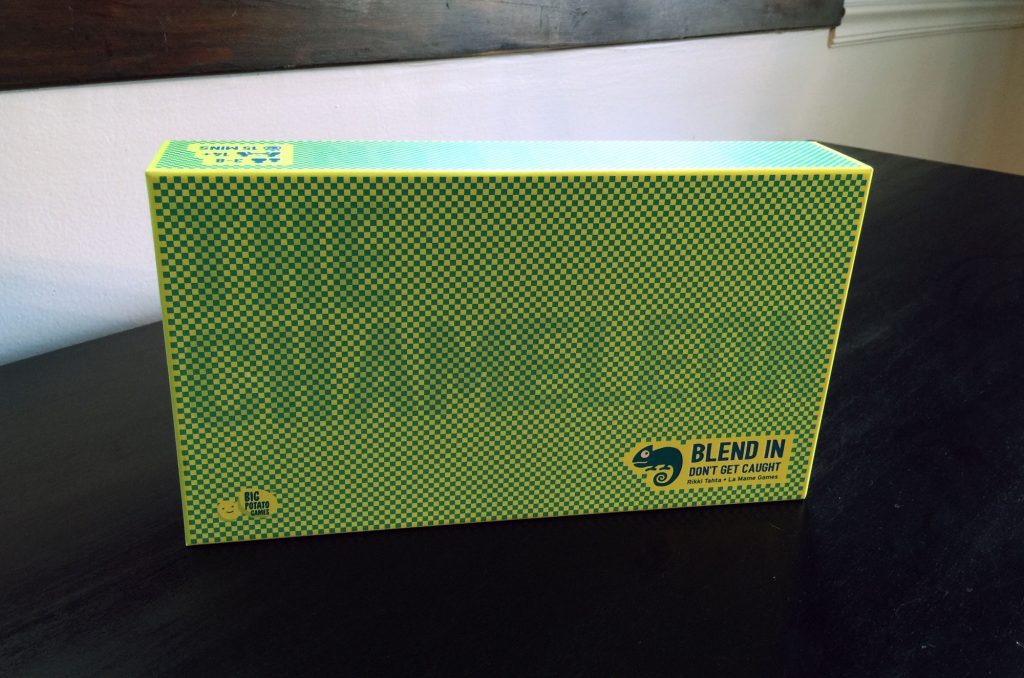 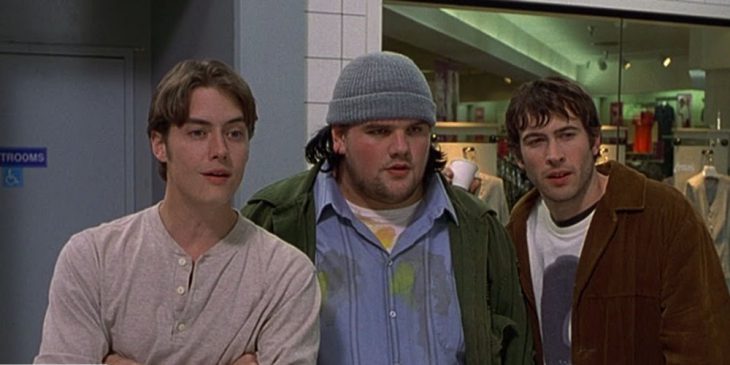 The components are great quality and your group will love rolling those giant dice. Kudos for using an 8 sided dice by the way, how often do you see those in board games? If someone seems to be getting too good feel free to swap out the code card stacks. The grid on the back is different between blue and green so that one player in your group can’t try to memorize the positions. Dammit Jerry cut it out!

All in all, The Chameleon is a hit for my groups, and one I’ll happily bring out to play. It just goes to show you that sometimes blending in is the best strategy! 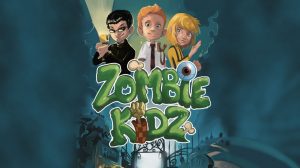 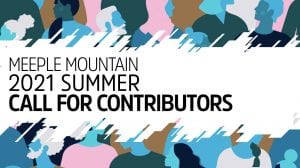 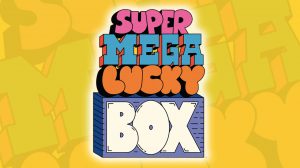 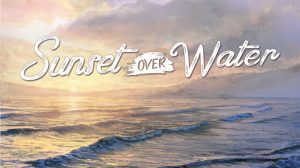 If you're a fan of hiking in the wilderness, or painting, or beautiful paintings then Sunset Over Water might just be the perfect game for you. Read our review...