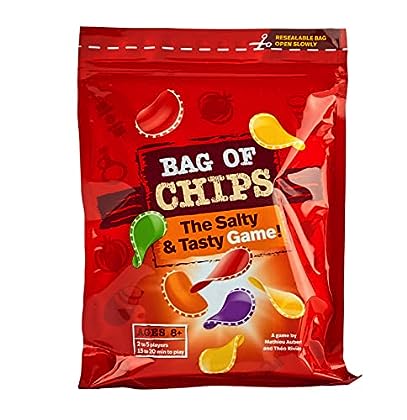 Bag of Chips is a party game in which you will face crucial choices to score as many points as possible at the end of each round. Be careful, though, because if you're too greedy, you will lose a lot!

Buy Bag of Chips on Amazon

Feeling peckish? Got hunger that needs assuaging? Then get ready to dig into this Bag of Chips. Read our review to find out if this snack really satisfies.