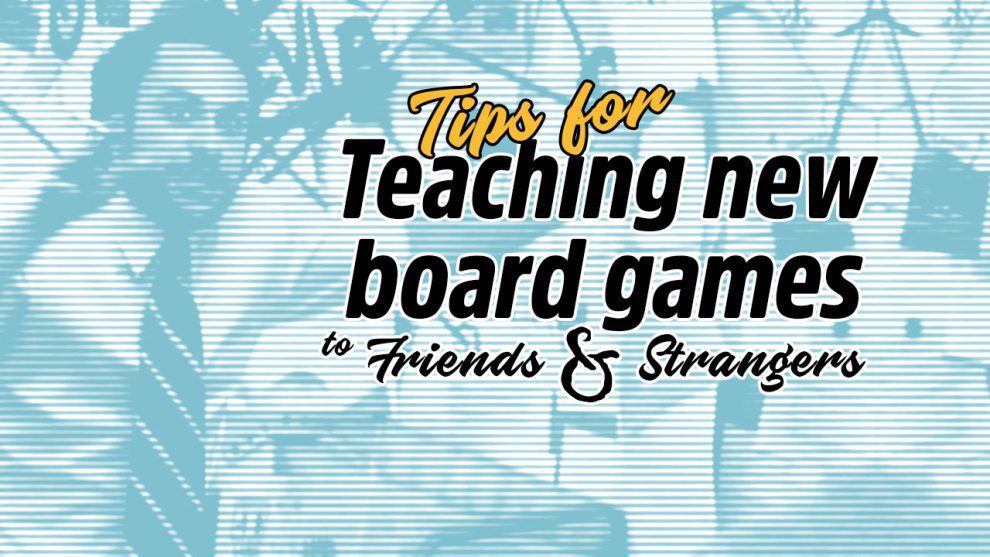 Mark Iradian
Add Comment
Complicated board games can be hard to teach to new players. In today's article, we give the groundwork for educating your future players.

Board games for the past few years have been slowly gaining mainstream acceptance to the point where celebrities and social media influences will proudly display their shelves filled with board games.

These are all good signs but board games are still considered a geeky hobby and there is a good reason for it: Many board games have weird and complicated rules to both outsiders and hobbyists. One simply has to look at games like Black Angel, Gaia Project, A Feast for Odin, or Great Western Trail to see my point.

At the risk of being accused of using anecdotal evidence, my observations for the past few years lead me to believe that most people don’t know how to teach games. It can be something simple as a poorly structured explanation or constantly fumbling with the rulebook. Understanding how to teach is important because it is the dullest part of a board game night and it leaves the first impression. You never get a second chance to make a first impression.

I’ve been teaching board games for over ten years which means that I have been very successful with my teaching but I also choked several times leading to a disastrous night. To save yourself the potential embarrassment, we are going to dive into general guidelines on how to teach board games.

Understand everything before you get to the game night. You are not only an ambassador for this game, but you are also a scholar. Besides the rules, you should know how to answer edge cases, common questions, or even potential misprints. This isn’t hard to research due to this age of social media where How-To-Play videos are easily available on YouTube and rules questions are a simple Google search away that will likely lead to a BoardGameGeek thread.

I’m only suggesting this iron-clad approach because if you have trouble answering questions or explaining the game, it will lead to one particular thought that everyone will have on the table.

If the owner of the game doesn’t know how to play, what chance do I have?

Likewise, another way to prep is to do some dummy games, especially if you are a kinetic learner. Rehearsing is another important tool to help prepare yourself for the inevitable teaching. You need to structure a rules outline in your head to guide you through the explanation and this isn’t something that can be done by improv. The more confident you sound explaining the game, the better the night will be, and that confidence is only done by proper preparation.

Getting into the Theme

Before you dive into the boring bits of a board game explanation, you need to soften the minds of the other players. The best way to do this is by involving them and you are going to do that by explaining the theme of the game.

This explanation must include the “who, what, why” to give context to your rules explanation. A good introduction to the theme will also get the players excited, therefore more attentive, to your upcoming lecture. 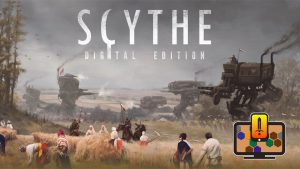 To give a good example, I will use Scythe.

Welcome to the 1920s. We are fallen leaders trying to claw our way back to power after the great war. To acquire power, you need money, and whoever has the most money at the end of the game wins.

This giant map represents the city-state simply known as The Factory. It is here where we will start our campaign. The figure on your home base represents you while the two wooden people represent your followers who will extract the resources from the land to upgrade your faction. One of these upgrades are these plastic mechs. These mechs will not only assist in moving your resources and workers around but will also be used to attack or defend when needed.

You may notice that when I was describing the theme, I have used the word “you” quite a bit. The reason for this is to get the players emotionally invested. Professional salespeople use this all the time to get their clients interested in a product or service. People pay attention when you involve them.

Another point is the spotlight on the mechs. Mechs are a huge part of Scythe and I wanted to highlight the importance of these pieces in my theme explanation. This gives a hook for the players to pay closer attention when I will eventually explain how these mechs work. I only know that these pieces are important because I went through the preparations and read the rulebook thoroughly. Prep work is everything.

Now we get the most important yet dull part of teaching the game: Explaining the rules. Unfortunately, I don’t have any generic system in place for teaching games because, as you can probably tell, board games can be vastly different from one another. Because of this, you have to tailor your approach to every single game. It’s annoying at first but once you get the hang of it, your experience will spill into other games in your collection. What I can provide are ideas to work with.

First, get into a storyteller persona. I don’t mean to go for descriptive language to explain the game. You still want to keep it technical, but the flow should be similar to a story. Start with simple concepts such as the components the players are looking at then slowly inch your way towards the difficult stuff. Like a good story, the premise is simple but as the plot progresses, things become more complex. The roadmap of your explanation should be the same thing.

I would also recommend telling your players to hold off any questions until the end. From my experience, if your explanation is good, any questions that might arise will likely be answered later on as you get into more detail.

Speaking of details, don’t drown your players. You don’t need to explain every mundane mechanic. If you did a good job explaining the core concepts of the game, their knowledge should bleed into other aspects of the game.

Another issue I see with rules explanation is overburdening the players with tactics or strategies. You want to highlight key mechanics that are a major factor in winning the game (e.g. the mechs in Scythe) but don’t let your biases cloud the player’s minds. Let them discover what the game can offer. One of the joys of board gaming is learning new things and simply telling the players what to do is robbing them of that experience. Allow the players to fail or succeed on their own merits.

Otherwise, you might want to perform a dummy round for your new players. Think of it as a safety net for them to make sure that everyone is on the same page. This would also be the perfect time for players to ask several questions as they go through the motions of their turn.

If your game has cards in the player’s hand, play the entire round face up. Besides going through the available options for a player’s turn, you also want to discuss why you are doing a particular action. The takeaway the players should get from this shouldn’t just be the understanding of the rules, but the context of the rules as well.

After a dummy round, ask if there are questions and answer them as you normally would, and reset the game.

We finally made it. Your friends have gone through the lecture and are now playing the game. The job isn’t done yet.

Your role in this beginner game is to be the mediator to make sure everyone is playing properly and to answer any questions or give your opinion on a particular tactic. If this a game involving cards in hands and a player has a question about a card, take a quick peek and explain it thoroughly to them. However you plan on teaching the game, the one rule you should always follow is not to play the game for them. Let them learn.

Now I am going to rant about something that will likely rub people the wrong way and possibly seem contradicting.

I have always hated the unspoken rule of “If you win, you have failed as a teacher”

You should respect the player’s maturity enough that they know winning isn’t everything and won’t storm off if they lost the game. It is expected for the player who owns and plays the game frequently to beat everyone at the table. The idea that you can only have fun if you win is extremely silly especially if you have something like four or five players since that implies only one out of five people will have fun.

This also gives the other players agency in their own game as they prod and probe the mechanics to see what works and what doesn’t. If the game is to their liking, they would want to try again and do something different despite if they won or not. Let the players swim through the mechanics instead of telling them about it.

With that out of the way, I would also recommend that you don’t pull some guaranteed strategy for you to win. It isn’t just for the egos of the new players, but it’s also very boring when are you facing off against opponents who don’t even know how to respond to your tactics.

Instead, challenge yourself by trying something different that forces you to go outside of your comfort zone. Did a friend beat you last game? Do their strategy and figure out their weaknesses. This can be a learning game for you, too. 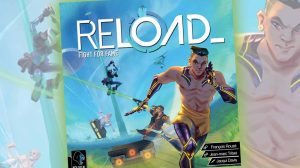 It's no secret that board games like to follow video game trends, and Reload wants a piece of the Battle Royale pie. Can it take a slice? Find out in our... 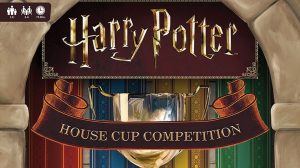 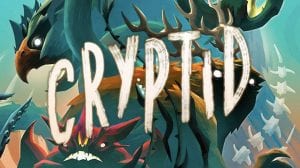 As a gateway game, I found this to be far more enjoyable than many other gateway games that often get put on this ridiculous pedestal. 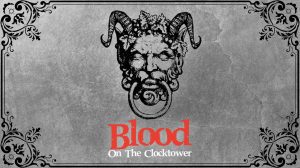