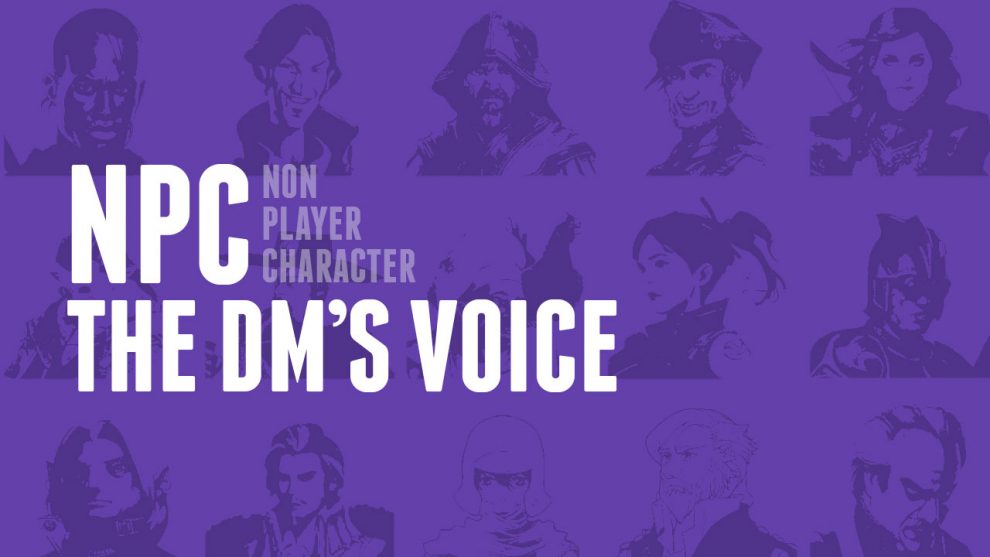 KM Riley @thespirit_riley
Add Comment
Non player characters, or NPCs, are the way that a DM communicates to their characters in game. Get some tips from veteran DM KM Riley on how she manages these critical elements of her worlds.

Players, I have bad news: you’re not the center of the universe in your DM’s game. There’s a bigger picture—an ever-changing world—and while your characters are the catalysts, there are many things happening behind the scenes. All of that is represented in the environment, storytelling, and oh yeah, the NPCs, or non-player characters.

I’m passionate about D&D, well…pen and paper RPGs in general. It’s not just kill, loot, level, repeat. These games encompass living, breathing worlds. More specifically, I cherish every interaction I spend with an NPC, because even if it seems mundane, there’s a point to it.

NPCs are, in many ways, the tools used by DMs to convey intentions, story or otherwise. As a DM I’ll always have that item-request NPC ready, but sometimes a small, insightful line like: “I, too, used these items when I was adventuring,” might trigger an entire exposition and questline, often unintentionally. Players want to know more, and it starts with NPC potential. It goes to show that they serve many purposes, beyond a villain, shopkeep, or quest giver. Better still this is the masterful veil where I, as a DM, get to know more about my players’ characters. It’s development on the most basic level.

It’s important to back an NPC’s potential with will power. They shouldn’t always be pushed around, persuaded, or intimidated. They make saves, they have reasons, they think. They’re more than just pawns. I often like to introduce characters that have a very real say on what’s going on in the world—they’ll answer questions, entertain a player’s whims, even become the boundary to rein in situations. Still, there’s an extent to their push and pull. NPCs have names, feelings, alignments, and a reason for being. Even if that reason was made on the spot because the players needed a tour guide. Bring them to life.

NPCs, like your DMs, have their limits. If you’re giving an NPC a hard time, blurring that line of roleplay, it stands to reason that NPC will remember your actions. We DMs will remember. I’m not talking about player-DM vengeance. I’m referring to reactions based on previous interactions, both good and bad. It’s acting accordingly, and not just for the sake of the game.

Examples? The list is endless. If characters take a job from the Assassin’s Guild, having done everything to earn their trust, only to turn on them…guess what? They’ll put those player characters on their hit list just as fast. It simply makes sense.

If characters decide to blow all their resources to rescue that NPC without any indication they needed to—DMs reward that. At least I do. I’ll turn that high-level NPC that wasn’t meant to live into an ally, all because the players willed it. I’m continually fascinated by player decisions, and most of it through character interaction.

To iterate a bit more, NPCs are your DMs in-game response feature. Be careful what you say. No, that’s not this article’s life lesson, even if I admit there’s some startling relationships. This is an RPG reminder, and I’m the first to confess I’ve let slip some statements that have nearly killed my party. “I’m gonna steal that ship!” might sound like a brag to your friends nearby, but not in front of guards. They’ll act accordingly, and players will live with those repercussions.

I’m not trying to discourage what your character would or wouldn’t do. That shouldn’t change. I am, however, indicating that some NPCs are smarter than players like to give them credit for, because they’re the extension of your DM.

Now that you’re a little more cognizant of an NPC’s true nature, let’s talk about how to make one that isn’t an omnipresent reminder of your DM’s itchy TPK fingers. Characters are my favorite part of any story, both in games and books. Yes, some are utterly boring stand-ins for that health potion players have to buy, the “needed” NPC to fulfill a player want, but they don’t have to be. If you’re unsure that players care, start by giving a “needed” NPC  a scar that might encourage questions, or a nickname that leaves players wondering. If players prod, hook them with something they can pursue, or reward them with an interesting bit of information. Build layer after layer, and they’ll flush out the character for you.

Then there are the ever-undervalued guides, or the tagalongs. These are the NPCs I like to wrap hidden lore beneath because, more often than not, they have the most interesting interactions with players. They’re “in the thick of it” as you might say. Some go through the ringer, everything from trap tester to first character down. I like to have these moments break NPCs down, changing what they were supposed to be and molding them into something new. Those developments aren’t always what the players expected, but they certainly contributed to a guide’s absolute mental breakdown and siding with the villain. Presumably, there are only so many near-death experiences an NPC can take.

What about those NPCs that did make it though? The ones made of stronger stuff. I remember distinctly introducing a character to my players with an interesting backstory complicated by secrets. He was there to give a quest and ultimately move the story forward. All he wanted in return was to die in peace, removing the curse on him. Morbid, I know. To my surprise, my players completely turned the situation around, removing the curse and ultimately saving his life. He turned into an ally, a deeply complicated character that’s intricately involved in the world, going far beyond their initial bet of saving him and learning more. They gave him a reason to stick around, and a reason for this DM to reward them with information and assets that benefited them. Just as my players grow, NPCs like this can grow alongside them.

While we’re at it, let’s take a brief stop over at the villain corner. Since they tend to have more prominent roles, they’re often more…complicated, or set in their ways. I’ll be honest, they’re generally made to be the unbreakable force of evil that propels your game forward. That, like all things, isn’t set in stone. Again, those players that defy expectations, even a villain’s, might be surprised when they shake a cultists’ faith. It’s not necessarily black and white, good or evil. When in doubt, perhaps wonder: what got them there? The rest is a topic for a later day. 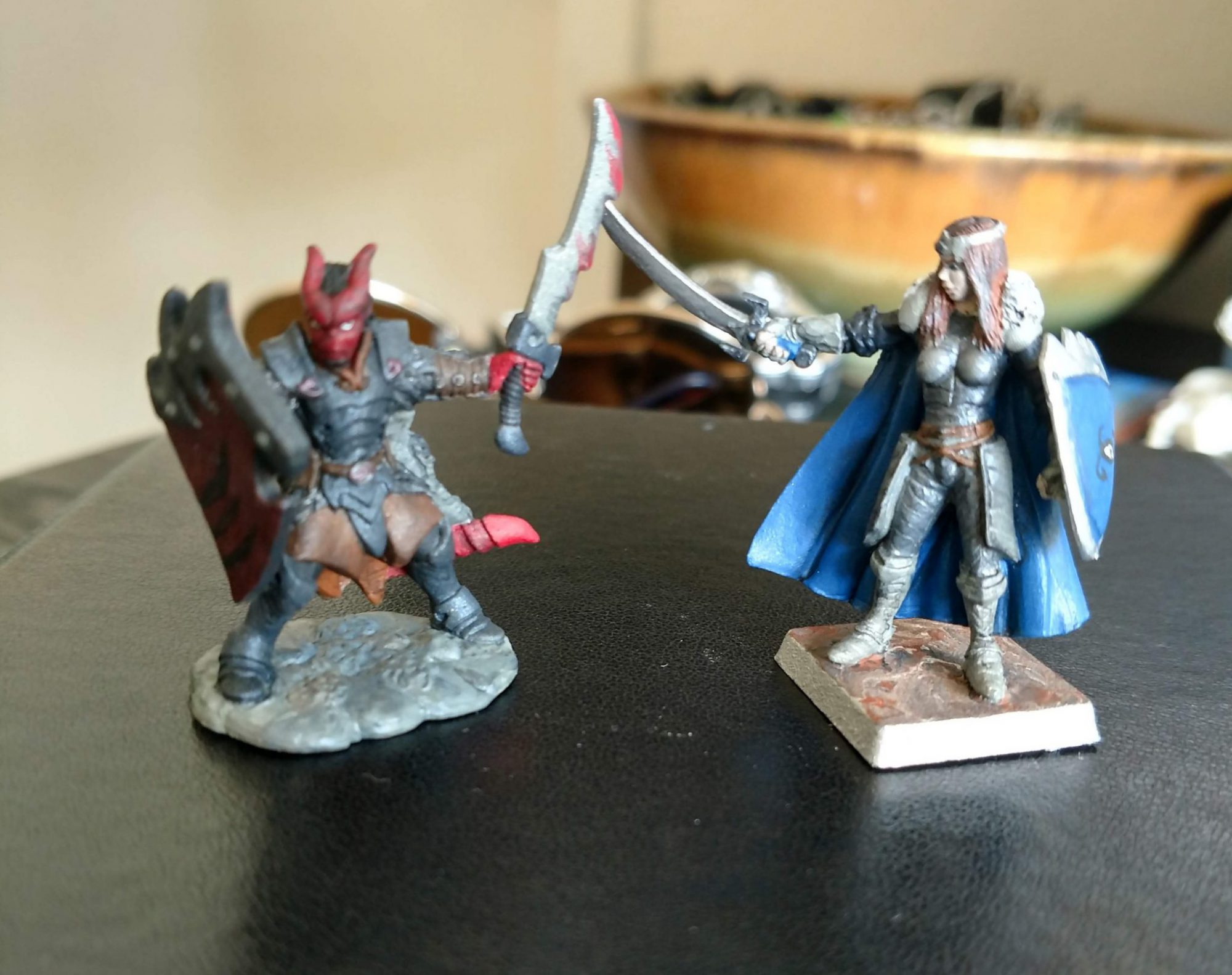 As I wean off my reflection turned rant I want to end with a few takeaways. NPCs are there to help or hinder the game. Sometimes it’s intentional, but most of the time it’s in response to interactions, or lack thereof. Also, no, you don’t have to be the group “talker” to get through to them.

NPCs don’t have to be boring! Think about it. When you’re at the coffee shop, that barista has a name, life, and dream just like you. It stands to reason any random villager in your world will as well. DMs, have that hook ready, and players, look deeper. 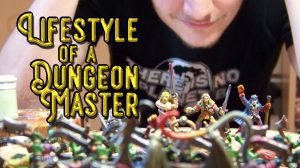 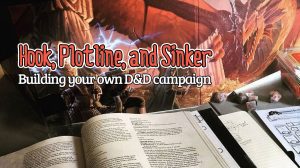 Hook, Plotline, and Sinker – Building your own D&D campaign

Learn how to craft worlds that your Dungeons & Dragons players will never forget. After all, it's all about the plot. 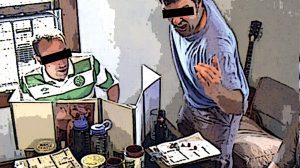 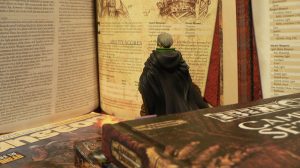