D&D and world building go hand-in-hand. Running your own campaign involves everything from flushing out realms to creating dungeons; but where do you start and how? Let’s take a broad look and talk maps.

As I mentioned in my in my last article, Hook, Plotline, and Sinker, creating your own world is satisfying and easier than you think. Some of my favorite aspects of homebrew involve shaping the world your players adventure in. That means mapping out the places they’ve been, belong to, or want to visit. The notion of a realm’s map might seem overwhelming, but in reality, it creates itself. 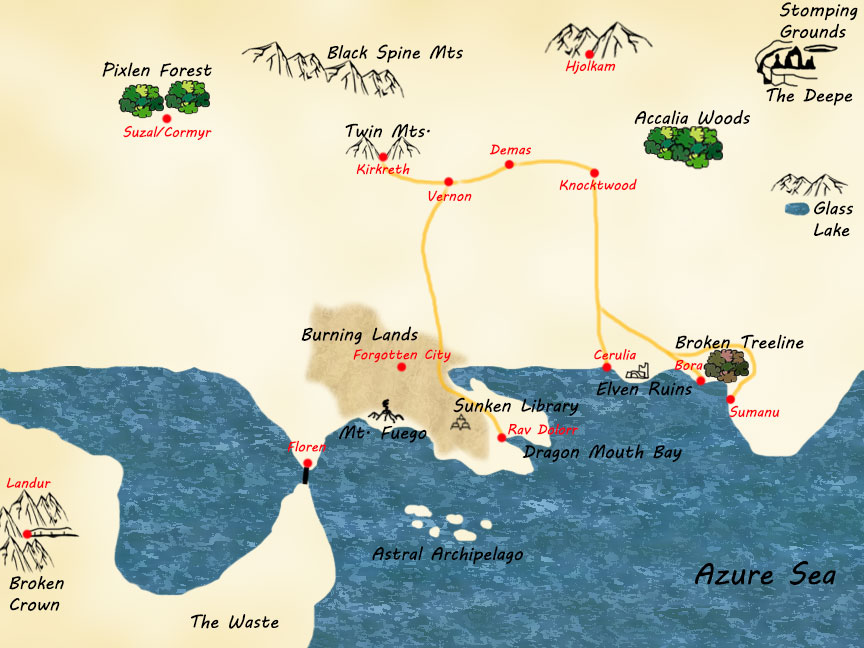 No, let’s take a gander at the image example above. It’s a work in progress from one of my current campaigns. When my players got started, there was a single point in that realm: Kirkreth, near the top of the map. At the time, I didn’t plan for anything more. As we progressed, questions and exploration filled out neighboring cities or future goals.

I asked one of my players, “Well, where are you from?” He answered with: “Knocktwood.” That’s a new point on the map.

Q&A in the form of roleplaying. They might ask NPCs, “Where does the werewolf live?” To be given information like: “It’s over in The Accalia Woods.” That’s another place.

As you go, you might get hit with inspiration to create a mountain range, or a desert region, offering new options to throw on there. I personally like to keep a TIFF of the image so I can constantly expand or squeeze in new places, layering on titles to new areas. Still, sometimes nothing beats a hand drawn map of where you’ve been and where you’re going. I keep one on the side as we play, mostly for quick adjustments or reference. There’s no wrong way to do it. It’s world building at the most basic level.

If building a map seems taxing, then stick with a world index. Jot down names of places, and bullet point associations with them. Be sure you have a trail you can refer back to,. It makes your world that much more realistic. Think of it as the group’s guide—not everyone has perfect players who create their own.

When players are traveling around, try to make each place, city, or landmark feel unique. It’s what makes those markers on your map have meaning. What makes the northern cities different from the southern? Is there a climate situation to be aware of as you move from one end of the continent to the other? Do cities along the coast thrive on commercial fishing? Maybe you have unappealing villages studded throughout a valley, and one is plagued by raids on a monthly basis. Let it call to the players. Try to keep that in the back of your mind as you add pieces to your bigger picture.

The thing is, this shouldn’t feel overwhelming. Don’t overthink world building. You don’t have to start with a fully formed universe, your world can unfold all by itself. Let your player’s imagination do half the work for you.

One day, you’ll look back on your campaign and the world you explored with pride, pointing to different places like pins on a map. What’s more, it will have been all your own. 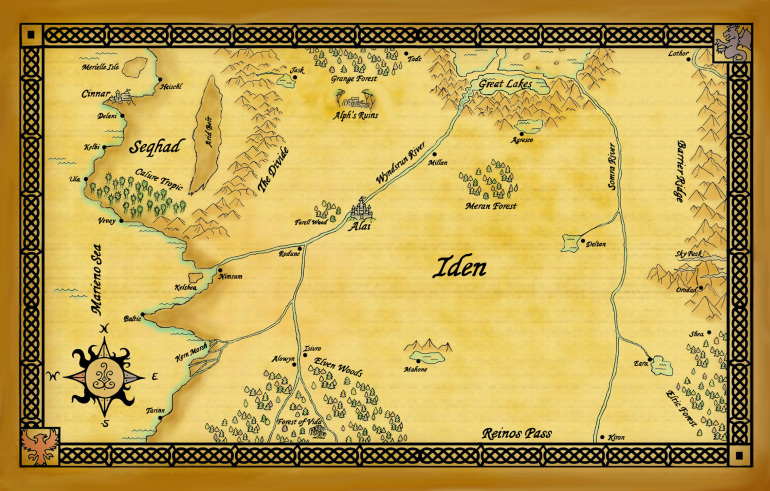 To make a quick suggestion, not everything you craft has to derive purely from your imagination. We live on a planet brimming with inspiration. If you’re looking for a region to explore, start a Pinterest board and search for a category: mountains, forests, or highlands. You’ll be surprised at what you find, and how you can shape it to your needs. Better yet, pull up a module and blend it. It needn’t be a carbon copy of the Sahara–your realm, your rules. Though to be fair, most players expect a desert to be warm and a tundra to be cold. Let your discretion do the thinking.

Dungeons at a Glance

We can’t talk about world building without a brief look at what makes up half the fun in D&D. Dungeons. It’s not a particularly easy art to craft your own, and it’s something I know I struggle with. How do I get through them? With the wisdom of better DMs before me.

Unlike worlds, Dungeons should be fully formed before your players explore. While a world is vast, ever-changing and largely unexplored at the beginning, Dungeons were crafted as fixed structures. A trap might surprise the player, but it’s always been there. A city can be wiped from a map, but at the time of unraveling, nothing is really shifting around in a Dungeon.

The crafting part, however, is similar to what we covered above. Build from one notion first. For me, getting started begins with a theme. Thinking big, then crafting small (which in reality, can be whatever scale you please). Is the group heading to a mountain? If so, what’s within? Are we talking about a temple, or a crypt? Once I figure that out, I build rooms.

Again, I start with an aspect. Is this a library or kitchen? What’s fascinating about said library? Are the books enchanted? I break it down, but that doesn’t mean I complicate it. Once that’s done, I do dimensions, and I find it’s helpful to draw them out on dotted paper. If you don’t own a notebook, I encourage it, if only because it’s fun to connect the dots and make shapes. Ahem, back to dungeons as a whole.

When you have all those pieces–your room parts–you can put them together to shape your dungeon, laying it out as one whole. Look back at it, wander through it in your head. Does it come together like you imagined? If not, rearrange the puzzle and try again until you like the design you’ve created.

If you’re struggling, or if you just don’t have the time (it happens to all of us), there are dozens of amazing generators out there. Google and browse, you’ll stumble across one you like. I’ve seen everything from entire dungeons, to specific obstacles based on theme. Chances are, you’ll find what you need.

We won’t go into puzzles, traps, or encounters now. They’re another topic entirely, but hey, those generators will do the basics for you. For now, determined homebrew DMs, remember: start with one idea, and expand from there. It’s what grounds me so I don’t get ahead of myself.

My goal was just to help you world builders get started. So, let’s go over some basic takeaways. Your realm doesn’t have to be pre-made. Start with one point, possible connections, and let your players’ imaginations inspire your own. They will push the story, and in turn, the world with it. You can mark those points on the map as you go, flushing out traits as they relate to the region.

Dungeons. Take a concept, and build it piece by piece. This should be fully formed before your players enter, otherwise there’s no telling what might happen. You don’t want them to feel lost in a place which should have been crafted long before they arrived. Even if you take it room by room, put that together and you have a home. Well, dungeon, but you know what I mean.

That’s about it. Get out there and craft, fellow cartographers! 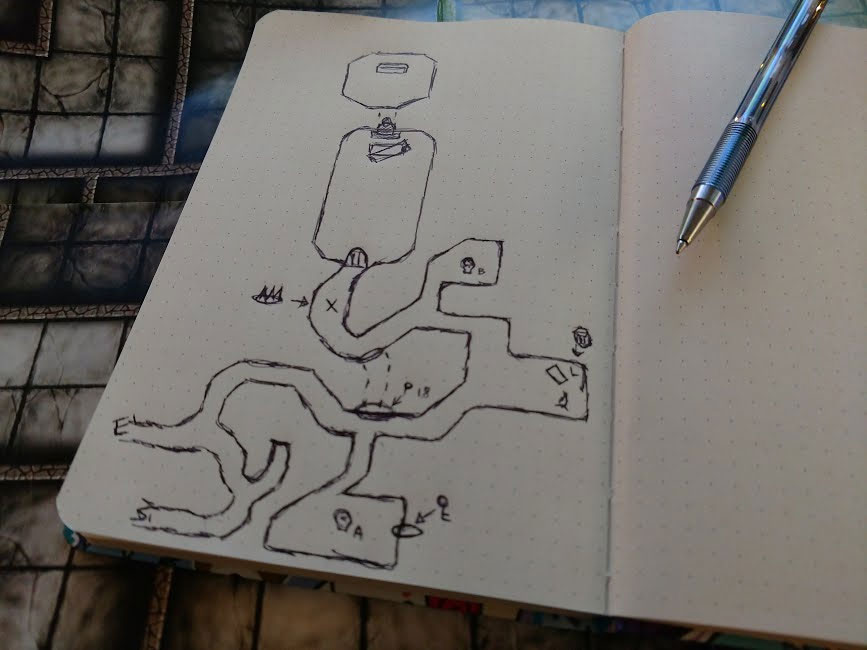 Got maps to brag about? Show me on Twitter: @thespirit_riley.