David McMillan @FeldFreak
Add Comment
In First Take Fridays we offer hot takes on games that are new to us. This week we have Ahoy, No Mercy, Paint the Roses, The Border, and Bonfire: Trees & Creatures.

Ahoy and the Leder Games hype train arrived at a friend’s house recently; given that this is the same studio that gave us Root, Vast, and Oath, I had to give Ahoy a spin. Ahoy is a pirate game, with two games built into its mechanics: an area control game which is always present no matter the player count, and a pick-up-and-deliver game, if there are 3-4 players.

I had the chance to play the pick-up-and-deliver variant as a smuggler tasked with going to islands, picking up cargo (cards), and taking those cards to different islands. It wasn’t very interesting, and I was surprised at how much luck played into the card draw as Ahoy’s multi-use cards appeared in its three-card market from turn to turn. Like every other Leder production, the artwork, player boards, iconography, and “feel” were all fantastic.

But a bit like Fort, the gameplay fell a little flat for me. That said, the area control version of the game looked interesting, although I’m not sure it looked interesting enough for me to play the game again. Playtime was relatively quick and the game is light for an experienced gamer, so it has quite a bit going for it. I’m just not sure where I land on it yet.

A push-your-luck card game where you’re turning over the top card from the deck. You keep all the cards you turn over with different numbers (1-10) and you can steal cards of the same number from another player. You end your turn by drawing a repeated number (at which time you go bust and discard all the cards in front of you) or hold, leaving your cards vulnerable to being stolen by another player. Any cards left in front of you at the start of your next turn get scored at face value at the end of the game.

A short, simple Knizia card game that was more fun than I thought it would be. 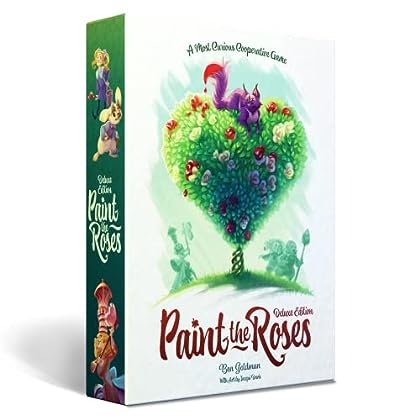 I won’t say much about this cooperative deduction game, since Tom Franklin has an upcoming review of it in the works already, but I’ll tell you this much: I sat down to play it for the first time and ended up playing three games in a row. I thought about it the next two days until I got to play again. I love it. Absolutely love it. The only reason I gave onboarding a 4 is because it is surprisingly difficult at first to fully wrap your mind around how clues work.

The Border is a simple roll and write in which players try to surround 9 different areas on their board with contiguous lines of colored hexes. Some groups have only 2 of the same color, while other areas have up to 5. The active player rolls the dice and keeps any dice they can use to fill in a complete group of the same color, anywhere on their board. Any leftover dice can be used by all the other players to fill in a single block of a color that is next to a previously marked off space. The first person to surround each space gets the “high” point value, while all other players who surround that space later in the game get the “lower” value. The Border is easy to learn and breezy to play, and of course depends a lot on luck. This would be a great way to open or close a game night. 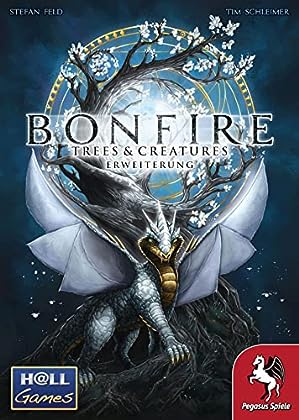 After a long wait, I finally got the Bonfire expansion to the table. This expansion adds three modules to the game as well as components to add a fifth player.

The first module, Trees, adds the ability to place trees alongside your path tiles as you’re moving your Guardians along the paths. The trees offer a variety of benefits—some immediate, some long-lasting, and some provide end-of-game scoring opportunities. The second module, Creatures, gives each player a unique Creature tile at the start of the game that provides a permanent benefit for that player (like being able to score Elder cards at the end of the game as opposed to immediately). The third module, Events, adds an Event card to the game that will be changed out each time the first player places a new Fate tile into their display. This card will provide some positive benefit for all of the players for as long as it’s active.

Let me tell you, I really dig this expansion. It is to Bonfire as The Norwegians is to A Feast For Odin: an expansion so easy to incorporate, and so enjoyable, that I can’t see any reason to ever NOT play with it.

Watch for my upcoming review.