Bob Pazehoski, Jr. @bobpazjr
Add Comment
In First Take Fridays we offer hot takes on games that are new to us. This week we have San Francisco, Wu Wei: Journey of the Changing Path, Flamecraft, Top Ten Quiz, and SPECTRE: The Board Game

San Francisco is a sort of combination tile layer and auction game. The tension in the design lies mostly in the interactions in the market. When you take a selection of project cards, you also take a contract. The more contracts you have, the more projects have to be in any one column before you’re allowed to take them. If you have two contracts, for example, you can’t take the cards from a column with two or fewer projects. If this description sounds a little dry, that’s because the game is a little dry too. So far, I wouldn’t consider this one of designer Reiner Knizia’s better titles, but I will say that in three plays so far, I’ve enjoyed it more each time. 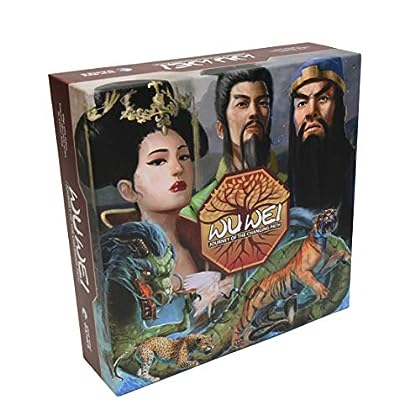 I knew even while reading the most overproduced rulebook in our nation’s great history that Wu Wei was not going to be a winner. Unfortunately, I was right.

Playing as apprentices tasked with training at various sites (tiles) around a large map before becoming an apprentice-master and racing back to the center tile, Wu Wei first appears that it will be an interesting challenge to race from point to point to “train” with each master, a die placed in a random tile intersection during setup. But the game features almost no drama, plus powers that make it even easier to visit other points as you collect cards from each master.

The production is completely over the top and the gameplay rang hollow with our group. Despite only lasting 35 minutes (on the basic level; the game features three levels of difficulty), the game began to drag after just 15 minutes as our four-player group went through the motions of moving around the map. The path doesn’t seem to change much at all in Wu Wei.

In August of 2021 the campaign for Flamecraft launched, and for a glorious month it was the darling—going on to raise over $2 million USD from nearly 30,000 backers. I just got my copy and I’m thrilled to say that my deluxe version was worth the wait. Gorgeous, charming and whimsical artwork, wonderful components, and solid family-weight gameplay with combo chains galore. I played my first game with my two youngest sons (aged 9 and 11) and they loved it (and so did I). If you’re on the fence about Flamecraft, I’m here to tell you that you should hop down and go find yourself a copy.

A party game in the same vein as Family Feud. Teams each select a captain who then takes a look at the Top Ten card for that round. Captains then bid on how many items they think their team will guess correctly, with the highest bid playing first. That team has two minutes to give their captain suggestions for correct answers, with the captain choosing the ones they think are on the list. The other captain counts out the correct answers. If the first team guesses incorrectly, the other team has 10 seconds to come up with any missing answer from the list to steal the points.

I’m not a big fan of party games, so this one was just OK for me. I would probably like to just read out the questions to a group of people and have them guess, much like playing Trivial Pursuit without the scoring. 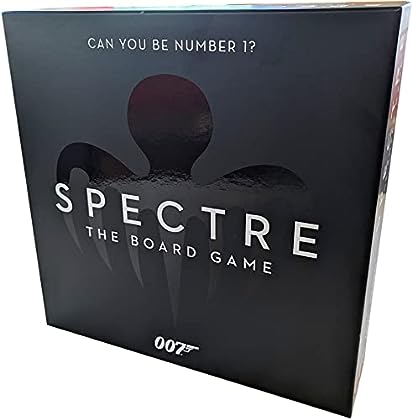 There’s no feeling quite like sitting down to a game—having read through the entire rulebook—only to realize that you still have no idea what’s going on. Unfortunately, such is the inevitable starting point for anyone who opens Spectre: The Board Game without doing a fair amount of research first. It’s not that the information isn’t in there. Ok, maybe it’s true for some features, but organization is the bigger problem. The book just isn’t all that helpful until after you’ve played the game, which makes even less sense now that I’ve said it.

In Spectre, players take the role of Bond villains aiming to become No. 1 in the evil organization. By placing agents around the world to gather resources, players unlock their schemes and chase semi-cooperative mission objectives, all the while hoping against hope that 007 won’t show up to ruin their plan to climb the Spectre ladder. This reversal that makes Bond the antagonist is a brilliant turn, and the villainous pursuit is quite enjoyable at many points. But the character choices are questionable, the game length miscalculated, and the mechanics so convoluted they feel like, well, a Bond villain’s overwrought plan. Wait, maybe this game is more fitting than I thought. In the end, my own stubborn insistence on understanding will bring me back more than the game itself.