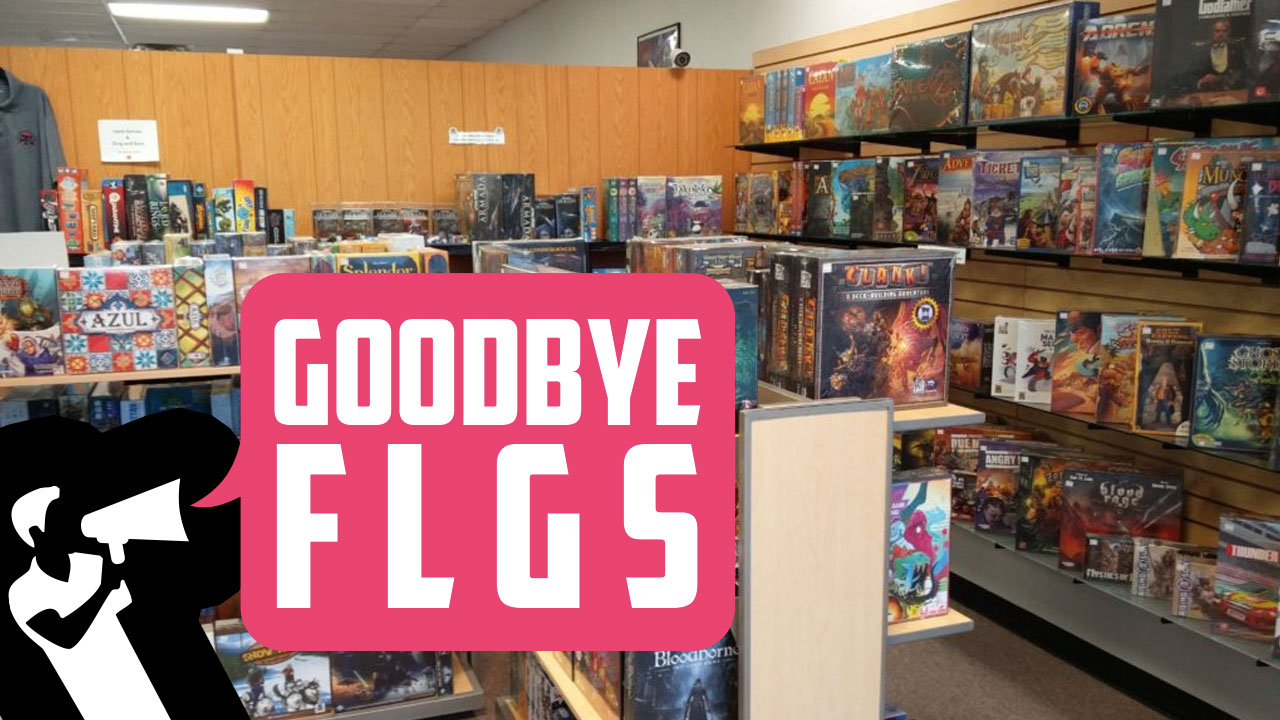 COVID has provided many lessons...and in Justin's opinion, one of those lessons is that shopping at your friendly local game store is a thing of the past.

I’ve been in the hobby for about 12 years. My gateway game was The Settlers of Catan (like many others), but on the night that changed my gaming life forever, I actually played Catan’s Cities & Knights expansion, not just base Catan.

I loved it. I played at a friend’s house in Chicago while traveling, and I could see why others thought that Cities & Knights was the right addition to help counter a player who had taken a substantial lead. I loved rolling dice, I loved the moment each time someone rolled a seven and robbed someone else at the table, and I loved all the over-the-table trading talk as we each tried to acquire the resources we each needed to win.

When I returned home to the Washington, DC area, I knew I had to own a copy of the game. Searching for game and hobby stores in the late aughts wasn’t easy, but I found a couple of spots that fit: one was a comic book store, and one was a store that felt like it specialized in crafts and miniatures but also sold gateway-style games (and at the time, I don’t remember them being called “gateway games” anyway).

At each store I visited, I ran to the aisle that had games like Catan and then saw the prices:

Exorbitant. Ridiculous, even. $60 for a board game? This can’t be right. I remember that the base game had little wooden pieces, sticks for roads basically, with cards that were fine but nothing that would warrant that kind of price.

But in the late aughts, there was no Game Nerdz, no Tabletop Merchant, no hot deals on the internet (at least, that I knew about). And at this point, you couldn’t go just anywhere to find games like Race for the Galaxy, released in 2007; it was very hard to find physical locations that sold some of these games.

Fast forward to the present day, and we are presented with a different kind of problem: most friendly local game stores (or FLGS, for short) still believe it really IS that hard to find games, and charge prices that are ridiculously out of line because consumers have discovered something called…the internet.

The shopping experience, in the old days

I’m in my mid-40s; I grew up going to stores and holding products in my hand as I weighed the decision to buy them. As a long-time console gamer I have lots of memories of waiting outside of my local GameStop to buy the newest Call of Duty, or new console, or whatever hot item was coming out soon. I have dozens of stories I can share about experiences where I waited outside to see a movie on opening day, or to get tickets to a concert, or to buy almost anything at a Best Buy on Black Friday to get a doorbuster deal.

So, when it comes to board games, I like to go to the store and buy them—or at least, I did. Walking into a local store, browsing the products, flipping the boxes over to read the description on the back and see the pieces (oh, the info on how many bits and pieces! Yes, I want to know how many cards are in the box! Yes, I want to see how many meeples I’m going to get!). I love it.

And I really love talking to the staff, to discover new games that are recommended based on what other games I like to play. Like any good steward of the hobby, many of the stores I have visited featured staff who recommended games which are still in my collection today; for a while, I was sure it would be cool to work in an FLGS, at least until I learned that you don’t always have time to play games all day.

The best stores I have visited have a mix of retail space and tables for play in the evenings or on weekends, be it theme nights for something like Magic: The Gathering or One Night Werewolf or just open gaming. That way, I can count on my store for more than just games— community building, particularly in a new city, is vital for gamers to connect and talk shop while debating the quality of whatever games are hot at the moment.

But as I got older, I often wondered: how do these places make money? They certainly don’t make money on me when I drop in with my own games and play with friends at their tables; they don’t (usually) sell concessions, and many of them don’t have a walk-in fee. Even if they do charge a walk-in fee (at $5 or maybe $10 per visit), that’s still only a few hundred dollars once a week at most places I’ve visited for open gaming.

In speaking with other friends who love games, I am surprised how often I hear that they buy many, if not most of their games, in two places: at their FLGS, and at conventions. (This was true five years ago, but that has changed, which we will get to in a moment.) And to double down on this point, these same friends did not seem to mind that they were paying as much as the manufacturer’s suggested retail price (or MSRP, for short) for each game, sometimes more.

(A quick note about conventions: I truly believe the practice of charging $5-$15 more than the list price of a game at conventions is not only insulting, but predatory. After my first Gen Con, where I bought six games and then found four of them on each publisher’s website THE WEEK AFTERWARDS for less than what I paid, I decided I would never buy a game at a convention again. I will happily give you money, but to charge $70 for a $55 game with one or two promo cards at a convention means I can get it shipped to my house and not carry it around a convention hall for less than I paid in Indy!!)

A few years ago at a game night in Chicago, my gaming group began to debate the worth of supporting our respective FLGS community.  While my vote was to only buy games on the ‘net, I certainly see the side that supports keeping stores like this in business. It’s great to have places to physically hold games in your hands. In some stores, demo copies are around to try out new games. The knowledge many staffers have about the hobby is often worth seeking out before making a buying decision.

Right up until COVID, I really tried to balance where I spent my money. As someone who buys 12-15 new games per year, plus a few on the secondary market, I would still buy a few games at my FLGS each year. I would spread my online purchases across a few different sites: Amazon, plus sites like CoolStuffInc or other places where I could find a deal. And while I don’t buy games from major publishers at conventions any more, I will buy from retailers at conventions who are selling older games at a discount because I know those prices are a savings over what I can find elsewhere.

Then COVID hit. And, not only did I really dig into reading more review sites like Meeple Mountain, but I also really invested in price shopping games before making buying decisions, and it’s now more clear than ever:

The internet has won…in a landslide.

The data and the final decision

Sometimes, I would visit my FLGS only to look at new games, then go online to see how much cheaper they would be elsewhere. The results weren’t shocking; they simply cemented the point that I can’t in good conscience support a store that charges 20-30% more than what I would pay online.

You could play this game forever, right? We are talking markups so consistent that I would be able to buy a few extra games with all of the money I save. (Or buy my two kids something nice for themselves every so often. But let’s focus on me for the moment.)

At many online retailers, shipping is pretty fair ($5-$7), or outright free if you buy on Amazon or hit a minimum buying threshold on many sites like CSI or Game Nerdz. So, for about $55, I can get Terraforming Mars delivered to my house for less than I would pay to drive to the FLGS, pay for parking, buy the game (and those prices above are BEFORE taxes), and drive back home.

There was a sale on the up-and-coming online retailer Tabletop Merchant in late March of this year that featured games by Vital Lacerda for 35-45% off of the already-low Tabletop Merchant prices. This meant you could get a copy of Vinhos Deluxe for just $63. I’ve seen Vinhos Deluxe go for double that price on many sites over the years. These types of flash sales happen all the time now.

It’s a tough racket to be in the brick-and-mortar business of running a game store nowadays, especially during COVID. I can only imagine. But the economics are clear; I can only imagine the hit stores must be taking as each week’s hot new titles arrive and take all of a buyer’s budget before they even go to browse the wares at a physical store. While many publishers offer retailer discounts through crowdsourcing platforms, I can’t tell if it will be enough to drive traffic to physical stores over time.

It’s tough, but not tough for the consumer. To all the stores I’ve supported over the years, goodbye. We had a good run. I’ll still show up for game nights at a board game café here and there, and if I find a store with a reliable used game selection, I could see myself returning to local game stores occasionally, if there are any left in the next five years. But in terms of buying games, the internet owns me!!