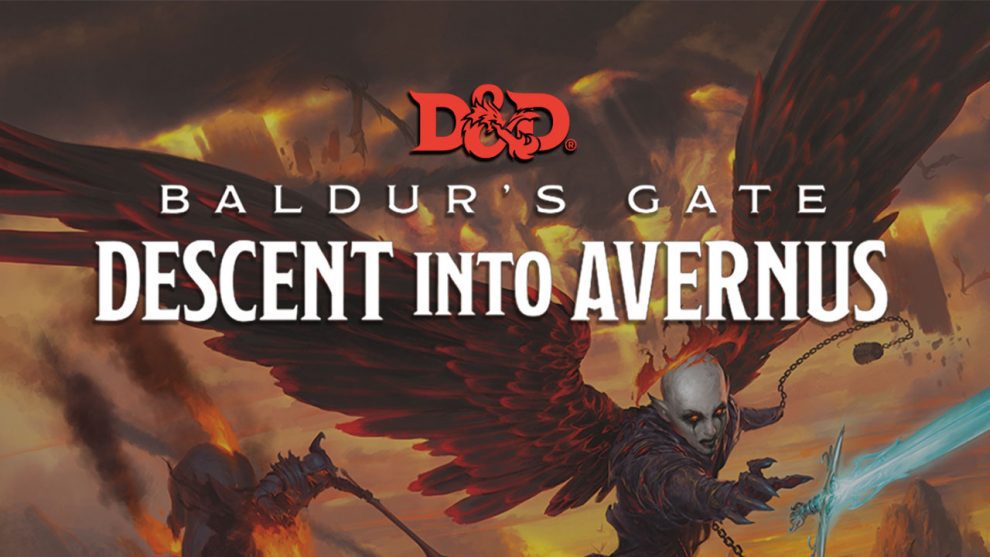 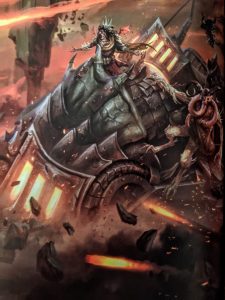 Baldur’s Gate: Descent into Avernus is a full campaign book for Dungeons & Dragons, 5th Edition. As the name suggests the campaign revolves around Baldur’s Gate and…well…Avernus. Longtime fans of D&D and video games may recognize the name Baldur’s Gate as the troubled city in the Forgotten Realms campaign setting, but you may not be familiar with Avernus.

Avernus is the first layer of the Nine Hells. Hell in the D&D cosmology is divided into nine layers similar to the Hell of Dante’s Inferno. In D&D, the first layer is not Limbo, a place for those whowere good but had not been accepted into Heaven. That’s somewhere else! In this version of Hell, Avernus is a blasted, horrific landscape on the front lines of the Blood War, a never-ending conflict between the devils of Hell and the demons of the Abyss (there’s a difference!). In the wastes left by the Blood War’s battles, vile warlords carved out their own territory. These warlords roam the desolate world in infernal warmachines seeking out soul coins. This currency, made from the souls of the damned, fuels their nightmarish vehicles.

Warlords driving twisted machines across an apocalyptic landscape in search of fuel – sound familiar? You’ve got it, this is Mad Max in Hell!

To Hell and Back Again 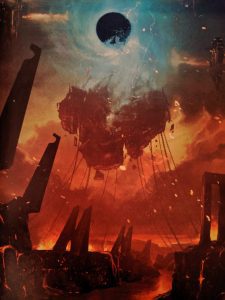 The storyline revolves around the city of Elturel (Baldur’s Gate’s more pious neighbor) recently pulled into Avernus through a pact made with Zariel, the fallen angel who rules Avernus. Elturel’s fall causes a chain reaction of events that will lead to Baldur’s Gate falling into Avernus also if the heroes are unable to stop Zariel and possibly bring Elturel back to Faerȗn (the world of the Forgotten Realms).

How the players choose to stop Zariel (or not) is ultimately up to them and the events that take place over the course of the campaign. One of the most obvious strengths of this campaign is that there is not a single path to victory but a web of encounters that may shape the characters and their outlook on the current situation in Avernus. Zariel’s fall and subsequent rule has caused ripples through the plane. The adventurers could meet the demon lords she has defeated; archdevils that want to unseat her; Tiamat, Queen of the Dragons and her Champion, Arkhan the Cruel who want to be free of Avernus; and even those who remember Zariel in her true angelic form. The road to victory could be paved with alliances, pacts, redemption or a bit of all three! But that road to victory will also lead to consequences. Should Zariel find redeemed (or defeat), who fills the vacuum? Does the Blood War tide shift? That too is up to the choices that you make.

Adventures in the Grimdark

In addition to the story, there is a plethora of supplemental content. The adventure scatters many new creatures and monsters throughout along with 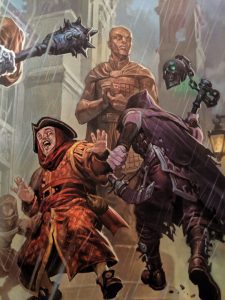 stats for quite a few notable beings of legend (Tiamat has a Challenge Rating of 30!). It includes new magic items – a few story-specific but most usable anywhere. The Gazetteer chapter on Baldur’s Gate lays the groundwork for those who want to have further adventures in one of the most dangerous cities in the Forgotten Realms.

There is also a section that deals with the long-term effects that Avernus has on mortals and what extended adventuring in the Nine Hells looks like. For those who want to slide further into this grimdark world there are variants of the standard Backgrounds from the Player’s Handbook with features that provide a small advantage in Baldur’s Gate and Dark Secrets shared by the adventurers that could mean trouble if others found out the truth. Finally, there are a couple of fun flavor appendices. The first covers making infernal pacts and their consequences. The second shows how to build your own infernal war machine so you can go full Fury Road!

The D&D team caps the book off with fiendishly epic artwork (I especially enjoyed the concept art explaining the scale of Zariel’s flying fortress as compared to Chris Perkins!), a double-sided map of Baldur’s Gate and Avernus, and even a quick reference chart of the Infernal alphabet. 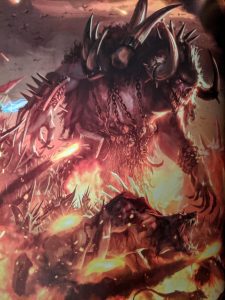 For groups who want to delve into the subject matter, Descent into Avernus is an epic exploration of the nature of evil, madness, and possible redemption in the face of it all. There is also material here if you just want to skirt that darkness in Baldur’s Gate. If neither of these sound like your group’s cup of tea, you might look at another campaign first. The book does not go directly into graphic detail. But, in the end, it is Hell. DMs are free to get as detailed as their players are comfortable.

The final word on the subject matter comes on the first page of the book in the Disclaimer:

“This adventure is a work of fiction aimed at providing you and your friends with many hours of fantastic entertainment. Although devils and the Nine Hells play prominent roles in this story, the evil they represent is meant to be fought and overcome, Wizards of the Coast fully endorses the kicking of evil’s butt. Let darkness fall and light prevail. We strongly advise that you not play this adventure backward, lest Asmodeus appear in a puff of smoke to talk politics, as archfiends are wont to do.”

As someone who grew up in The South during the Satanic Panic, that last bit makes me chuckle. 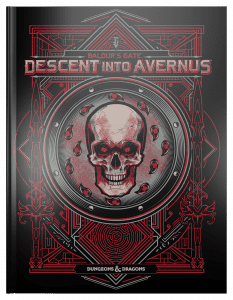 For longtime followers of the greater Dungeons & Dragons lore and lovers of Planescape, the update to the current state of the Blood War will please and intrigue. Several big names from past editions appear along with some serious power shifts. I found myself wanting to know more about their stories. Additionally, newer fans who may have found their way to D&D through Critical Role and other streaming games will find that certain events from those games are now canonical.

I had one complaint, I wanted to see more of Baldur’s Gate. It seems that they wanted to follow the Waterdeep: Dragon Heist model of using a location and descriptor. But, it’s just not quite as strong in this case. The Baldur’s Gate portion merely sets the stage but it isn’t even the city that is pulled into Avernus. Fans of the video game may recognize Bhaal’s symbol on both covers. This calls back to the cover of the original game. But Bhaal isn’t a major part of this story; only his followers are in it and they play a small part. Hopefully, we see a second product like Dungeon of the Mad Mage that will delve more into Bhaal and Baldur’s Gate.

That being said, the campaign that is laid out here is well worth the price. It is extensive and well crafted. It is a fantastic addition to any D&D collection. One might even say it’s a hell of a bargain!

Baldur’s Gate: Descent Into Avernus can be found at your local game store, D&D Beyond, Roll20, Fantasy Grounds, or online at retailers like Amazon. 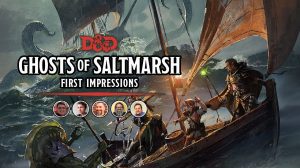 Check out our first impressions of Ghosts of Salt Marsh, the latest collection of adventures from Wizards of the Coast. It’s out today and our Meeple Mountain... 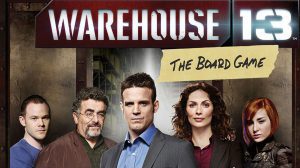 Warehouse 13: The Board Game Review

Get your Tesla guns and Farnsworth communicators ready as we dig in and review Warehouse 13: The Board Game! 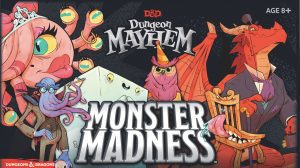 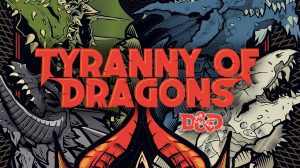