Podcasts: the radio of the streaming generation. Just like a DVR lets you watch your favorite shows on your own time, podcasting has revitalized the audio edu-tainment arena. There are hundreds and thousands of podcasts about any topic you could ever dream of. All it takes is a microphone and a computer, and you can produce your own audio content rivaling modern AM/FM radio. Given the dramatic life in popularity of tabletop and board gaming, it’s no surprise that board game podcasts are on the rise. Here are some of our favorites, and why we enjoy them. 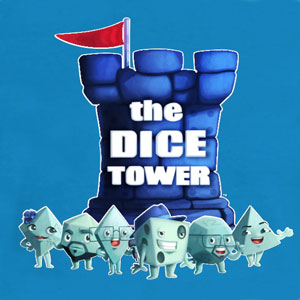 Love em or hate em, there’s no denying that The Dice Tower has one of the most powerful voices in the board gaming hobby, and this is their flagship podcast. Although it’s gone through some changes over the years, Tom Vasel and Eric Summerer have carved out their place in the industry, providing gameplay reviews, the ubiquitous Top 10 lists, expertly narrated gaming tales, and those clever, eye-rolling board game puns in the closing credits.(“Zombie body storage provided by Carcass Zone”).

Dice Tower is one of the oldest gaming podcasts around, to the tune of 500+ episodes and going strong. Recently, they’ve brought on Suzanne Sheldon and Mandi Hutchinson, frequent Dice Tower video contributors, as biweekly hosts. Suzanne and Mandi provide a refreshing change of pace, adding diversity, both in thought and demographic. All in all, The Dice Tower provides a fun, light-hearted discussion about board games, and especially, the people who play them. 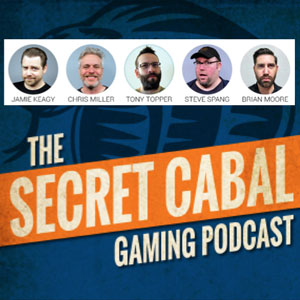 The Secret Cabal, headed by Jamie and his band of miscreants Tony, Chris, Steve, and Brian, boasts some of the longest podcast episodes, more often than not a result of the group’s untamed, witty banter. This podcast is special not just for it’s top-notch production value, but because it genuinely feels like you’re just hanging out with friends, having fun talking about games, life in general, and anything else that comes up. From news and final words of wisdom with Tony T, to Steve’s amazingly terrible jokes, to their recurring “Short Topic Extravaganza” where they answer listener mail, Secret Cabal is a romp from start to finish. You can tell that these guys know how to have a good time and not take themselves too seriously, while simultaneously providing solid gaming insights and in-depth reviews. Not to mention, they know how to throw a great party. 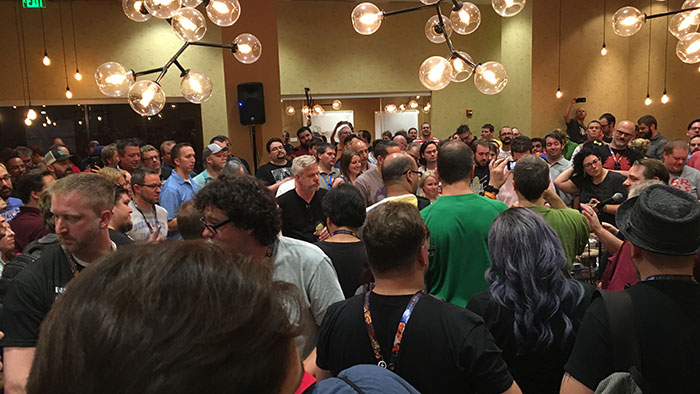 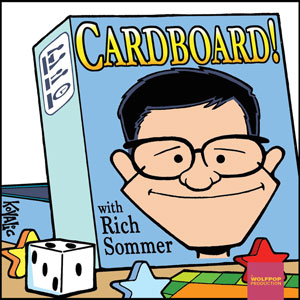 Rich Sommer, an actor known for his roles on Mad Men, The Devil Wears Prada, as well as some excellent voice acting in games like L.A. Noire and Firewatch, is a board-game enthusiast who hosts a live call-in show, a la Larry King. Listeners can call in live and talk about whatever is on their mind, though it’s generally board-game related. This one’s sometimes a little tricky to keep up with because there is no set release schedule. Rich just does a show whenever he feels like it. Sure, a live call-in show may be a novelty, but it’s one that works. His love for board gaming, as well as his skill as a conversationalist and interviewer, is on full display. That is, whenever he actually has a show. If you want to participate, follow him on social media for notifications when the channel goes live. 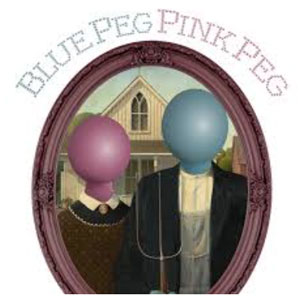 Blue Peg Pink Peg is a delightful gaming podcast with hosts Patrick, Robb, and Christina. Taking its name from the classic Game of Life, this podcast initially started as two couples exploring board games, relationships, and the interaction between the two. It has since morphed into its current lineup of three avid gamers, with predominantly different gaming tastes. Some highlights include Robb’s seemingly random, but tangentially related episode trivia, Patrick’s expertly curated musical cues and bumper music, and the rare-but-rewarding Christina rap. BPPP often tactfully ventures into the arena of the personal, while maintaining their focus on board games and the overall joy that they can bring to our lives. Add in regular mini-reviews and deep-dive reviews and the combination is an enjoyable show that keeps us coming back time and again. 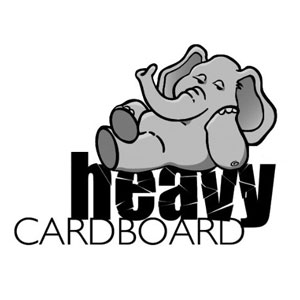 There isn’t a lot of content geared towards fans of the heavier end of the hobby. As recently as a few years ago, you’d be hard-pressed to find a review of Splotter Spellen’s Indonesia, an in-depth discussion around 18XX games, or anyone who even knew what The Climbers was. Heavy Cardboard is a home for people who like those brain-burning, often rules-heavy, thinky games. Heavy Cardboard host Edward is an excellent content producer and curator, discovering new games that heavy gamers will find appealing. He has a gift for describing rules-heavy games in a way that is accessible and engaging, often inspiring us to open up our eyes (and our wallets) to seek out, play, and purchase games that are often as challenging as they are enjoyable.

This Game is Broken 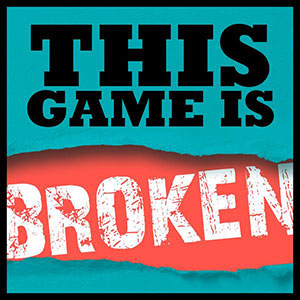 New to the scene, having only put out a few episodes, is the decidedly ridiculous but infectiously entertaining This Game is Broken podcast. Dan Hughes serves as the show’s host, where “a bunch of idiots are given a bunch of idiotic things to do,” pitting two teams of board game content producers against each other in a “Whose Line is it Anyway”-style panel game show.

You may recognize contestants Dave Luza, Matthew Jude, and the Brothers Murph from their frequent appearances on The Dice Tower’s Board Game Breakfast. Games range from “The Young and the Meeple,” where contestants have to improvise scenes soap opera-style taking place within a board game universe, to “Stronghold,” where they must, in the vein of famed board game salesman Steven Buonocore, work in a pitch for a game into an otherwise non-gaming conversation. For example, one team was given the discussion topic “The Music of ABBA” and had to work in Survive: Escape from Atlantis.

Like the show “Whose Line Is It Anyway?”, host Dan arbitrarily awards the teams points based on their impromptu performances. This Game is Broken is an absolute riot. For any gamers out there looking for a silly, inane, and all-around good time, This Game is Broken is the comedy romp that you never knew you needed.

There are loads of other great board game media podcast creators out there, and we’d be remiss if we didn’t list some honorable mentions.

The Five By – five hosts give quick, rapid-fire game reviews

D6 Generation – podcast about both board games and tabletop RPG’s.

How about you? What are some of your favorite podcasts? Let us know in the comments below.