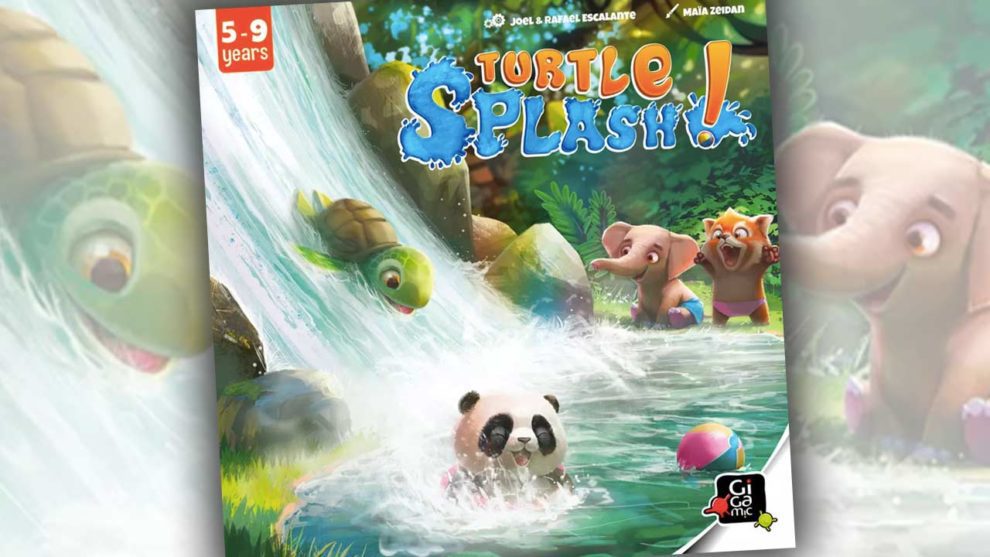 As a child, I had a copy of Art Memo, a memory game from the Austrian publisher Piatnik. Each tile, a chunky and rounded square of cardboard, featured an excised portion of a great painting. At the time, I didn’t know a Rembrandt from a Rothko, but I would spend hours laying them out in various face-down arrangements and trying to find matches.

Most of the time I spent with Art Memo was time I spent alone. I’m sure my mom played with me, but I remember it as a solo activity. That likely suited my mom just fine. Memory games are not that interesting for adults. They can still be a challenge, what with our rapidly depleting reserves of neural plasticity, but they aren’t stimulating. They certainly aren’t fun. Turtle Splash!, from designers Joel & Rafael Escalante and publisher Gigamic, changes that. This is a memory game you’ll be happy to play any time.

The elevator pitch is terrific: Turtle Splash! is a memory game combined with a dexterity game. The full explanation isn’t much longer. A set of twelve tiles, each showing an adorable animal illustrated by Maïa Zeidan, are facedown on the table. Each player has a unique card with those same animals in three rows of four. Your goal is to advance three beach ball tokens from the left side of each of those rows across to the right. The beach balls advance when you flip over the tile featuring the next animal in that row. My headcanon is that they are passing the ball to their friends. 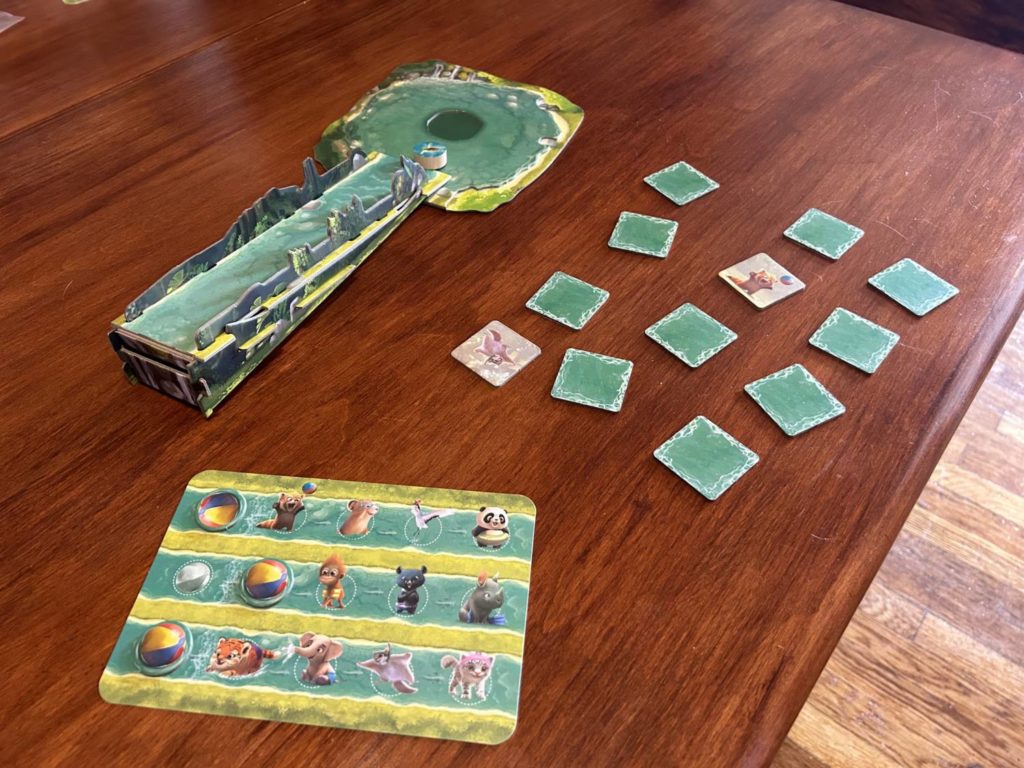 That’s the memory game. Where’s the dexterity? The centerpiece of Turtle Splash! is a waterfall—a hefty cardboard ramp—that ends in a donut-shaped swimming hole. Every turn, the active player flicks the turtle token down the falls, towards the center of the board. They flip over anywhere between one and three tokens, depending on how close the turtle gets to the center. In the likely event that you don’t flip over anything useful, you receive a life preserver, which will allow you to flip over an additional animal token next turn.

The rules are designed to make the game less frustrating for kiddos, but they have the bonus effect of keeping things moving along for adults. If you send the turtle flying down the ramp and off the board, you still flip over a tile. It wasn’t something you needed? Next turn, you’ll flip over at least two, no matter what happens.

There’s ample room for attenuating the difficulty, which gives Turtle Splash! range and longevity. If your child is a little younger, maybe they start halfway down the ramp. If your child is a little older, maybe the turtle has to end up somewhere on the board to flip over any tiles. If your child is having a hard time with losing, maybe you let everyone have the same number of turns and share victories, instead of ending the game the moment someone wins. (Meeple Mountain’s Ly-ann Tan also has some great suggestions for helping young’uns get used to winning and losing.) Maybe you remove the side bumpers from the ramp. Maybe you only have one beach ball token, and it has to make its way across all three rows in order. 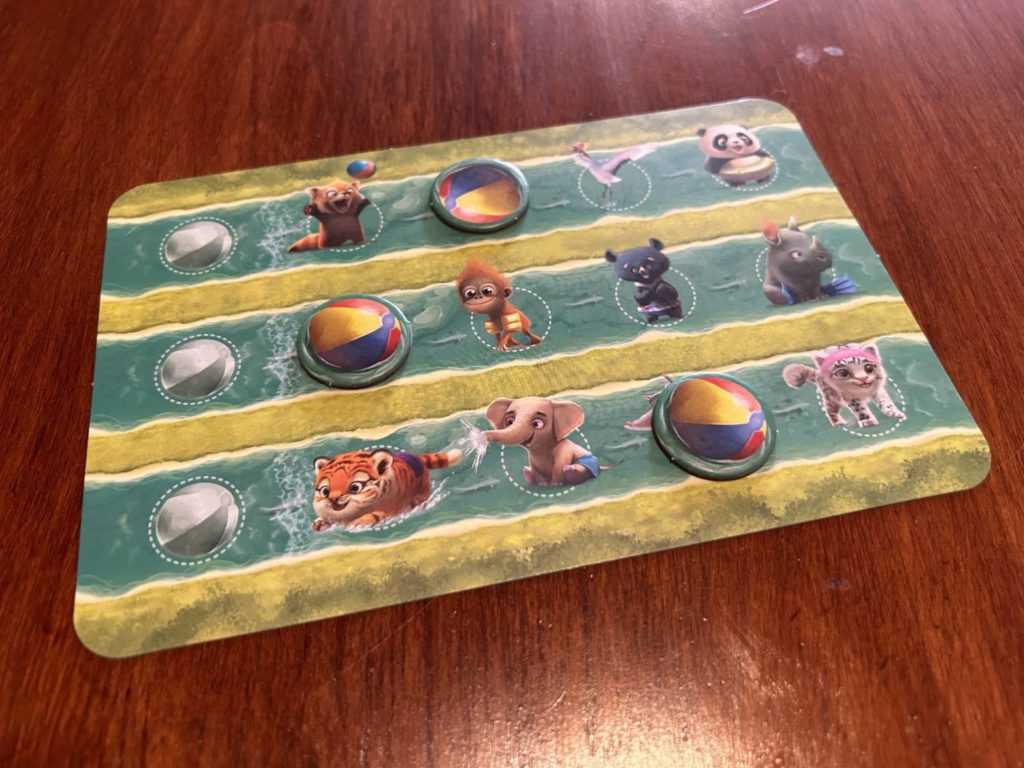 Once your kids go to bed, you’ve got even more options. While I’m not going to play Turtle Splash! with adults regularly, the potential for this design as a drinking game is significant. I prefer drinking games that penalize the people who are doing well. It has a leveling effect. The better you’re doing, the more you drink, the worse you’ll do. Turtle Splash! is based around short-term memory and physical dexterity. It’s perfect.

I have had nothing but good experiences with Turtle Splash!. Coworkers have come looking for it when they needed a game for the after school program. Kids are drawn to the look of this thing, with its adorable animals and giant aquamarine ramp. The rules take a matter of moments to explain. I’ve seen six and seven year olds get surprisingly good at nailing the bullseye after only a few rounds. It’s a great addition to a family-focused collection. 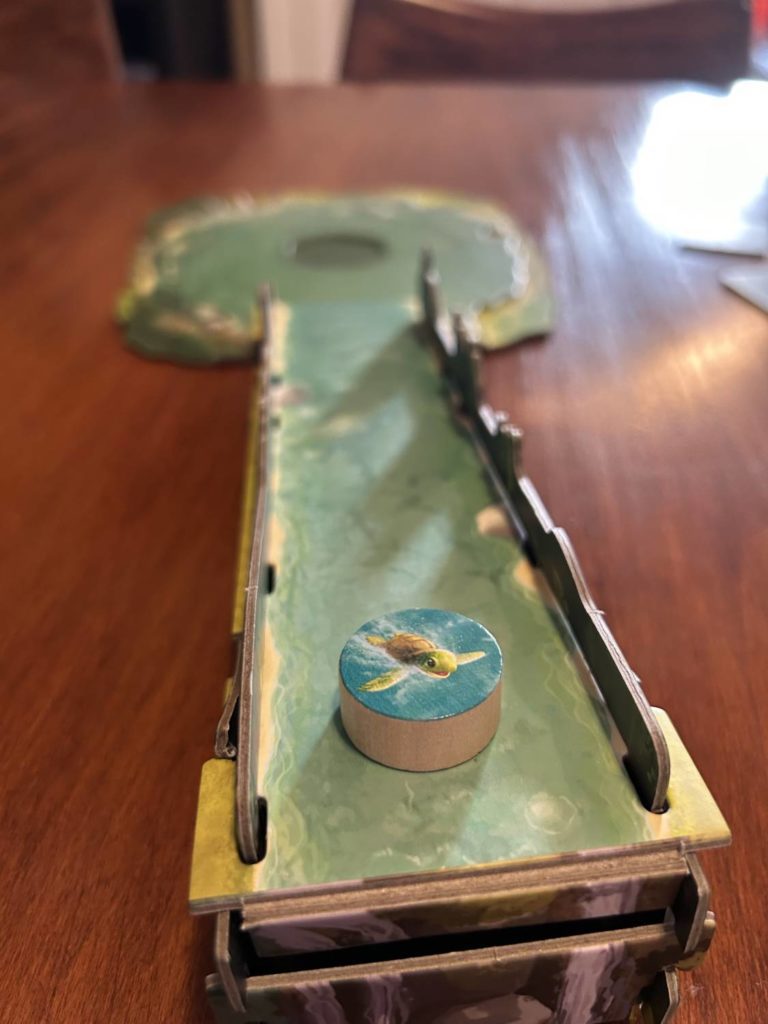 After a recent game with three six-to-seven year olds wrapped up, two of the kids moved on. The last child, though, stuck around for a bit. He kept resetting the token and taking shots, before flipping over the corresponding number of tiles. Turtle Splash! solves Art Memo’s problem of making memory games fun for everyone, but, just as crucially, it’s still something a six year old will want to spend hours with on their own. 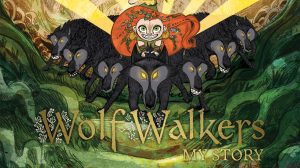 Andrew's review of WolfWalkers: My Story from Value Add Games, a tableau builder that's sharper than it looks. 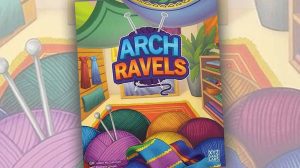 ArchRavels isn’t the most exciting game Andrew Lynch has ever played, but it may have a place at your table. 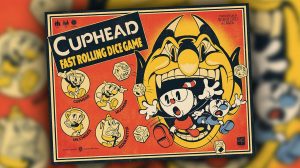 Cuphead is one of Andrew's favorite video games. Can the new dice adaptation from The OP live up to the source material? 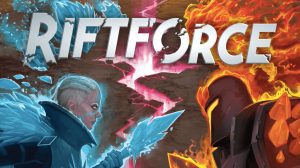