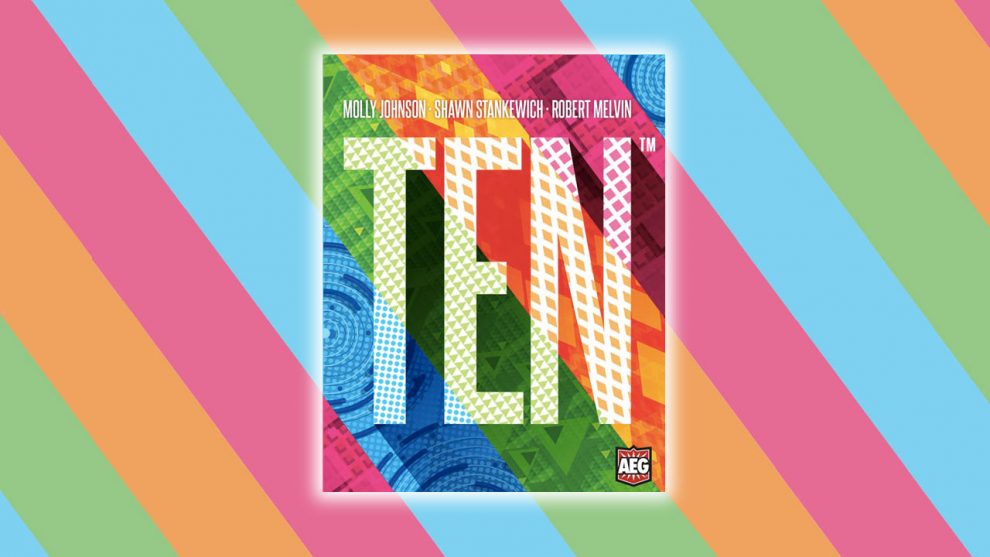 If the only card games you’ve played start with the standard 52 card deck, or games like UNO, then you’re really missing out. There’s an entire world of card games with non-standard decks. Games like 6 Nimmt (also known as Take 5), PUSH, Point Salad, or hundreds more worth checking out. Their defining characteristic is that they all have a custom deck of cards (and possibly assorted other components like the tokens in The Crew). The deck could contain 30 or 40 cards (No Thanks), or over 100 (The Game), and the game may be centered around set collection, trick taking, bluffing, press your luck, card shedding, or even a rummy variant.

Light card games are some of my favorite games to play. Pound for pound they pack the biggest punch as they’re usually easy to teach, quick to play, and take up less space than a paperback book. So when I heard about TEN from AEG (Meeples & Monsters, Sheepy Time), and the Flatout Games team (Calico, Cascadia, Point Salad), I knew I had to give it a go—and I sure am glad I did. Keep reading and I’ll tell you why. 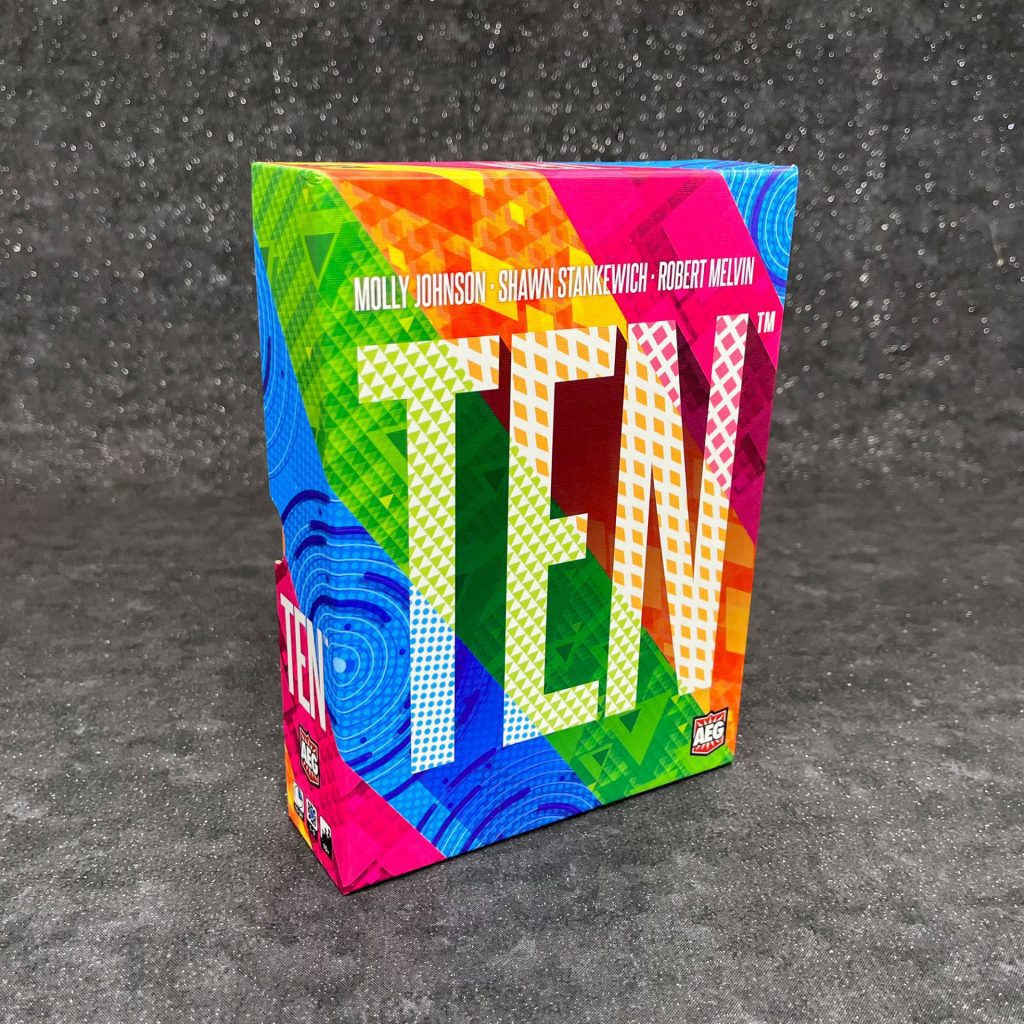 TEN mixes press your luck and set collection with a dash of auctioning thrown in for good measure. The goal is to earn the most points by collecting sets of numbered cards in four different colors. You’ll flip over cards from a shared draw pile, bid on wild cards, and maybe even buy extra cards at the end of a successful turn. At the end of the game you earn 1 point for each card in your longest sequential run in each color, plus an additional 1 point bonus if you have a run of 1-9. So if you’ve got 2-3-4 in orange, you’d earn 3 points, or if you have 1-9 in blue you’d earn 10 points. 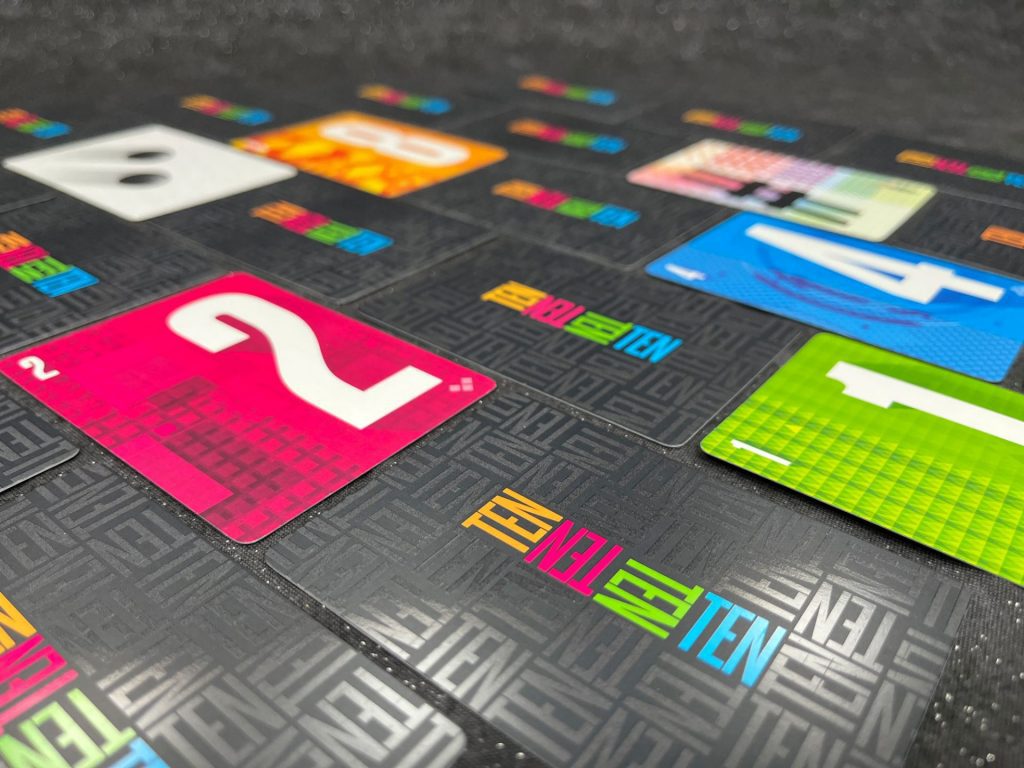 But let’s run through a sample turn and you’ll see how easy it is to play TEN.

TEN – Anatomy of a Turn

When I teach people to play TEN I like to give them a quick 30 second overview of the game and then jump straight into a turn. Because the rules are so simple, I find that people pick it up more easily this way.

The deck contains 3 different types of cards.  Depending on player count there will be multiples of some cards: 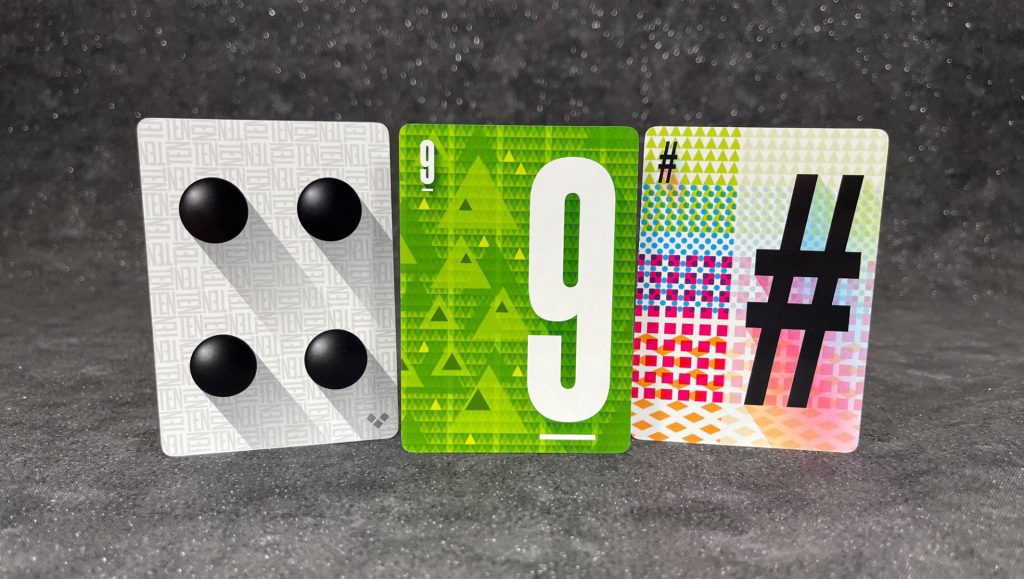 Starting with the deck in front of you, turn over the top card. You can continue to turn over cards until 1 of 3 things happen.

There’s only two ways to bust:

Note: No player can have more than 10 black currency tokens, however there is no limit to the number of white bust tokens you can have.

If you choose to stop, select one of the following options:

You Draw a Wild Card

If you flip over a wild card, play immediately stops and you auction off the card. Beginning with the player to your left each player has one chance to bid on that card using their currency tokens or any card currently in front of them (each card has a value of 1); you get the final bid. Once the auction is over, play continues.

The game ends immediately after the draw pile is emptied. Players tally up their scores and the player with the most points wins.

TEN has a lot to like. The artwork is vibrant and colorful, with a gorgeous geometric pattern printed on the cards in a glossy varnish, and each card is ever so slightly different. In fact the cards are meant to overlap each other in your player area, forming a mural of sorts. 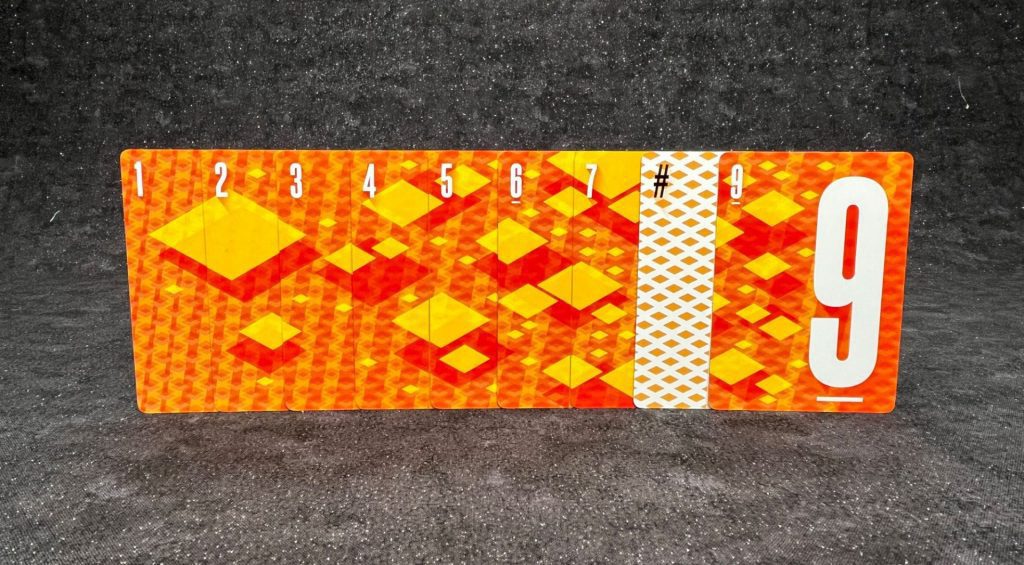 This artwork has a second purpose, it acts as a way for colorblind players to feel more comfortable with the deck. In my Point Salad review (also from Flatout Games) I took the time to mock up a display of the cards to mimic what colorblind folks see. Here’s one for TEN; as you can see it’s a huge difference. 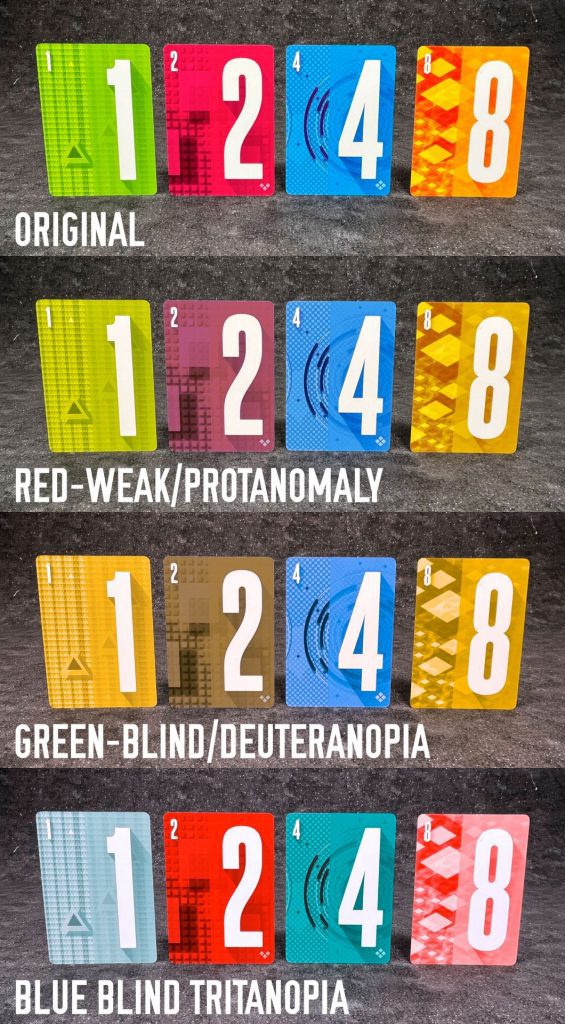 Press your luck games are a bit of an achilles heel for me. I really enjoy playing them, but I usually go just a bit too hard and wind up busting. In some games this would be the kiss of death: not only do you not get cards you also don’t get currency. But in TEN the designers added the bust token as a way to soothe the burn. And since bust tokens don’t count towards your currency limit you can build up a bit of a reserve for future market runs.

Update – The Flatout Games team clarified that you do not receive an additional ten points for a complete run, only a single additional bonus point. What a huge difference, and I’m embarrassed that I missed that in the rules.

I’ve liked everything from Flatout Games so far, and TEN maintains the streak. It’s not perfect, but it’s a solid card game with plenty of fun packed in that multi-colored box. In fact you could say that I’d be conTENt to play it anytime someone asked me to. 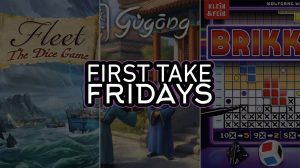 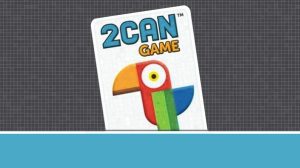 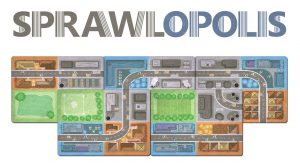 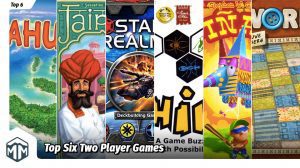 Gaming with a large group is fun, but nothing beats the head to head action of a good two player game. Let's take a look at our top 6 two player games to see...