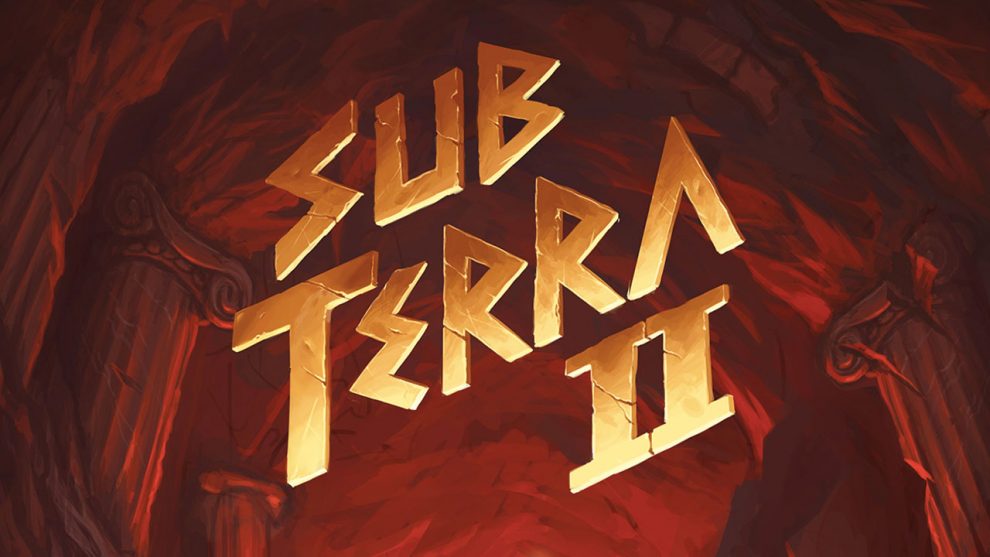 Tom Franklin @fivecatslairdfivecats
Add Comment
Read our review of Sub Terra II to find out more about a co-op game where you lay tiles to explore a volcano in search of an ancient relic, and then have to escape before fiery lava burns you alive!

Put on your best snap brim fedora and head into the heart of an angry volcano!  Lava pits, spikes, and arrow traps lie between you and the three keys needed to enter the Sanctum Chamber.    Of course, there are dead ends and portals where Guardians who have sworn to protect the artifact may arise and attack throughout your time underground. There you will unlock the precious golden artifact you’ve come to claim and then try to make it out alive before the flowing lava kills you.

Players begin by choosing one of the ten explorers, each of whom have their own special abilities, as well as their associated health tokens and any special tiles or markers their character possesses.

To set up the game, the entrance tile to the volcano along with the two side wing tiles are placed on the table, giving Explorers a way into Mount Arima and providing five unexplored passageways into the darkness.

The Volcano Tracker is placed to the side, Volcano side up, and an indicator is placed on the number of rounds your group chooses to challenge themselves with.  The fewer rounds, the harder the game. At the end of each round you move up the tracker. When it reaches zero, the volcano erupts and the lava starts coming your way.

All 30 Temple Tiles are placed in a bag and mixed up.  The two Danger Dice and a standard D6 are placed within easy reach of all players.

Your first goal is to gain enough information to locate the Sanctum tile.  This happens by drawing and laying out all of the Temple tiles onto the board.

When drawing a tile you can expect one of several types of tile —most of them bad.  There are tiles with traps, tiles with cave-ins that need to be cleared, and Guardian portals where Guardians appear.  Out of thirty tiles, only three aren’t dangerous.

Each Explorer gets two actions per turn.  Action choices include adding a new tile to the board, moving, digging out a cave-in, healing, picking up or dropping items, or fighting Guardians.  As well, each character has special actions they alone can perform. I love the cooperative approach to puzzle solving. For instance, the Sapper can blow up walls, opening up dead ends; the Sniper can shoot Guardians up to three tiles away; the Foreman can shore up ruin tiles; the Rogue can’t be hurt by traps; the Healer can heal someone up to two tiles away, etc.

You may also choose to Exert yourself and take a third action.  However, you risk losing a health point by doing so, thanks to the Danger Die you must roll at the end of your turn.

Yeah, the Danger Dice.  Sub Terra II would be so much easier to play if it wasn’t for those danged Danger Dice.

In the early rounds of the game, each Explorer ends their turn by rolling one of those dice.  There are six potentially bad outcomes of those rolls: cleared ruin tiles can collapse; lava pools can erupt; traps can activate; if you’ve Exerted yourself you can take an extra health point of damage; and Guardians can either move or appear at the nearest portal to your Explorer.

Players are considered active as long as they have at least one health point.  When their health runs out, they are Downed. The good part of being Downed is that Guardians, arrows, and spikes can no longer hurt you.  The bad part is that all you can do is crawl, moving one tile to another on your turn. And you still have to roll the Danger Die at the end of your turn.

When you’ve placed all the Temple tiles on the board, the Sanctum tile is added to an open point farthest away from the starting tile.  Each Explorer holding a Key must get to the Sanctum and enter their Key. Then one Explorer claims the Artifact and begins the escape.

In true Indiana Jones fashion, once the Artifact is claimed, things get a whole lot worse.

From here on out you end each turn by rolling both Danger Dice, thus doubling the bad things that can happen to your party.  You also double your movement up the Volcano Track.

Now, at the end of each round, all connecting tiles are flipped over as the lava flows towards the Explorers.  If you roll Lava on either of the Danger Dice, the eruption continues by causing the next connecting set of tiles to flip over to their lava sides.  Any player caught on a lava tile immediately dies and is removed from the game.

Players win if the one carrying the Artifact escapes through the starting point entrance.  Bonus points are scored for each additional member of the party who also escapes.

Thoughts on the Game

I’ve played Sub Terra II as a solo game (playing four characters), as a two-player game (each taking two characters) and as a three-player game.  I never felt that I was going to easily win or lose a game. In fact, the one game we lost (badly) was one I thought we had a really good chance at winning.  Between arrows and newly appearing Guardians, we all went down surprisingly quickly. No matter how well the game appears to be going, you’re always only a few bad tiles or rolls of the Danger Dice away from

The Explorers aren’t quite the same as you might expect from a standard D&D party, but the roles, while similar, are well-suited for the game.  Characters each have individual powers that are well-balanced for the game.

The random Danger Die rolls mean that, at times, there are no Guardians on the board at all and/or no one takes any damage.  At other times, all five Guardians are on the board when traps or lava pits are triggered, causing shared looks of, “Uh oh…” to go around the board.

The artwork throughout is quite good.  Each tile has two sides: a cavern side and a lava side. When the lava starts flowing and tiles are flipped over in rapid succession, the fiery colors bring the feel of surging lava all too well.

I was also very pleased to see a strong, positive portrayal of the female Explorers.  I find both stereotyped or hyper-sexualized portrayal of women in board gaming to be not only inappropriate but annoyingly frustrating.  The team behind Inside the Box Board Games have presented a diverse mix of ten Explorers: five male, five female. Both men and women are dressed in clothing appropriate to their profession/skills — and those skills are divided evenly between men and women.  I’m hoping one day this will not even be a point to mention. Until then, thank you for presenting a game with strong, capable female characters who have no problems taking on the game themselves.

Sub Terra II is a solid, enjoyable co-op game that I’ve had fun with playing solo as well as with others.  The tile-laying aspect means every maze through the volcano will be different and the hazards on most of the tiles means every turn is a new risk.  The designers did a fine job of balancing character abilities with the host of bad things that can happen as you’re playing. Even when I’ve lost I have felt I lost fairly, giving full respect to the game.  If you’re a fan of co-ops or just want to feel like Indy trying to beat the lava rushing after you, Sub Terra II is well worth your time. 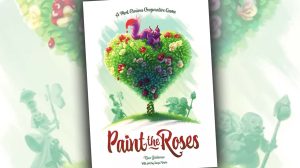 Deduce the Red Queen’s whims to avoid losing—both your head and the game. 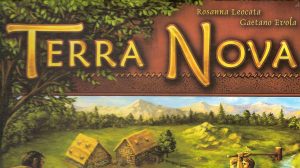 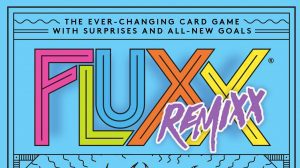 With a game like Fluxx, you don’t just revamp the original game, you Remixx it! Read our review of Fluxx Remixx by Looney Labs. 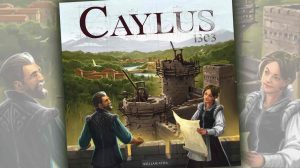 Build a castle and the surrounding town, all in the name of gaining Prestige in this  streamlined, updated successor to the original Caylus.