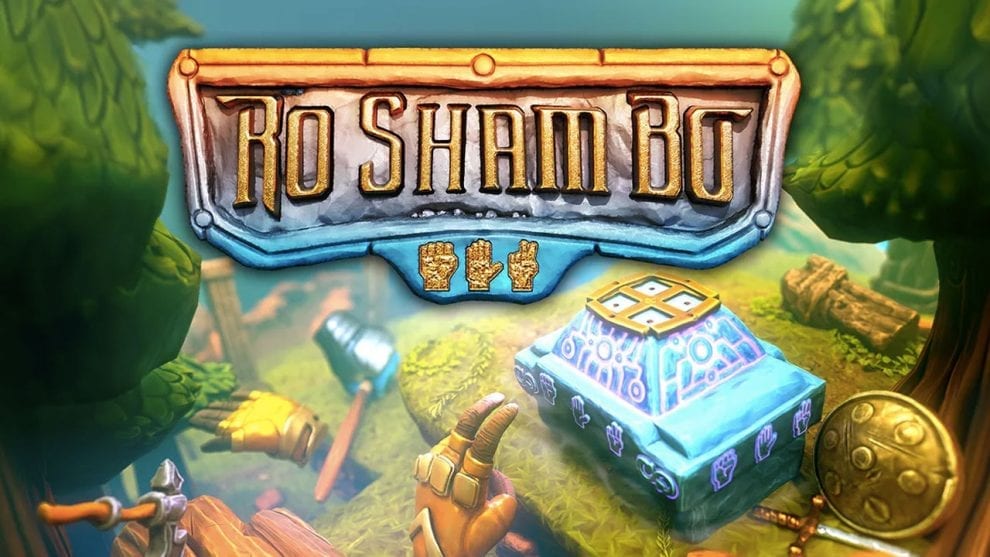 Justin Bell @justinbellsaysjustinbellsays
Add Comment
Justin’s review of Ro Sham Bo asks the eternal question: what if Rock, Paper, Scissors was turned into a board game?

One of the great privileges of writing board game reviews—trumped only by the incredible daily chatter about board games with a staff of writers who obviously love board games!—is occasionally previewing upcoming, unreleased games.

And my kids love taking part in the unboxing of a new game, even when it is a prototype. If “Ryan’s World” on YouTube has taught us anything, it’s that unboxing new toys is always a blast.

When the upcoming game Ro Sham Bo, designed by Alexis and Edgar Guevara and published by Pearly Pigeon Games, arrived at my house a few weeks ago, my kids were in love. The general components—cards, small 6×6 grid board, a half-dozen or so chips—are fine, even in prototype form.

The playing pieces? They are…hands, colored either red or blue, cut off at the wrist, in the shape of someone doing either a rock, paper or scissors hand gesture. My kids loved it! Watching them add these pieces to their other toy collections for a few minutes—my son playing with some of the hands next to his construction vehicles, my daughter sitting some of them next to her stuffed animals—was pretty cool.

But Ro Sham Bo isn’t meant as an addition to the toy box. It’s a strategic two-player game, played on what looks like a chessboard, aimed at adults, using classic Rock, Paper, Scissors rules with a twist. Does it work?

First, Let’s Get This Out of the Way

We should first establish how the classic Rock, Paper, Scissors—also known as “Roshambo” or, more correctly, “Rochambeau” for the name of a French nobleman who may, but likely did not, create a friendly game to settle arguments—is played.

In a typical game of Rock, Paper, Scissors, two players stand facing each other, with each extending one hand forward in a closed fist. Each player, in unison, counts aloud to three while flexing their extended fist on each count. On the third count, each player “reveals” their choice:

The winner? Depends on what was flashed:

If both players flash the same symbol, you play again, and again, until one person beats the other.

At work events, we use Rock, Paper, Scissors (RPS from this point forward) as a nice way to shake up breaks. By doing a 20- or 30-person RPS tournament, it’s fun to get people all fired up over something as silly as whether you can successfully navigate a gauntlet of luck-based hand gestures.

So, my expectation of Ro Sham Bo, the board game? I hoped that this feeling would successfully transfer into a fun, quick experience where I’d be able to flash a rock sign to beat my wife’s scissors move every time.

That’s not exactly what happened.

It’s the game you know, only on a chessboard

Ro Sham Bo has an interesting take on the classic RPS game. I will at least give it that.

A small board is placed between the players, with their six playing pieces (two rock, two paper, and two scissors tokens) placed on their side of a 6×6 square grid. Each player is given two standard six-sided dice, but also, the choice of two types of Artifact cards: a blue Passive card, which gives the owner an ongoing ability, or a red Immediate card, which are one-time-use cards that can be burned based on the game situation.

After making that choice of a starting card, turns in Ro Sham Bo are fast. You roll your two dice to determine where a random Artifact token will be placed on the board, to give players an opportunity to pick up the Artifact and select more cards. Then you get two movement points to move around the board, which can be split between your six playing pieces. And finally, once per turn, if you’re adjacent to an opponent’s token you may attack it to try and remove one piece from the board.

Attacks are where I was expecting Ro Sham Bo to be interesting—and it is, but not for the positives I was expecting. When you play RPS, you know that if you use a gesture of paper to counter your opponent’s rock, you will win. Not so fast! In Ro Sham Bo you just get to roll one additional die if you have the RPS advantage. So, if a rock is fighting a paper, the player owning paper rolls two dice instead of one. Whoever rolls the higher total wins, removing the defeated piece from the board.

In the third game my wife and I played recently, we had multiple attack situations where the person with fewer dice WON these matchups on a straight dice roll. And that’s before you add in the powers of each one of the Artifact cards. Essentially, every rule in Ro Sham Bo can be countered with a card. Many cards allow you to re-roll your dice, or add one to your attack or defense/counter power, or switch dice altogether with your opponent after they have rolled. Some cards even allow you to lose a battle, then take a different piece off the board instead of the one that was actually defeated in a battle.

I’m all for the chaos that games like this can bring. But it’s not quite right to call Ro Sham Bo a strategy game…it’s a dice chucker, plain and simple. With a single paper pawn, my wife defeated one of my rock, paper AND scissors pawns before losing to an evenly-matched paper pawn. And she didn’t really try to even outmaneuver my other playing pieces; she seemed to play this most recent game with the assumption that I would make moves towards her side of the board, while collecting Artifacts to have some options during combat.

And that almost worked!

Ro Sham Bo, then, sits in an interesting place. It’s a 20-to-30-minute dice chucker (which is my game group’s name for a game that relies almost exclusively on lucky dice rolls) that isn’t quite a strategy game, but is unique because of how it tries to spin a concept you probably know with a deck of very swingy cards.

It’s the basis for every review I write: ultimately, is the game fun?

Ro Sham Bo tries to do something interesting by providing a chess-like experience for a non-chess player loosely connected to a game everyone knows. The player tokens are interesting, although I’ll admit it’s a little strange to move a hand balled up into a fist around a board, and the card art (on my prototype cards) was unique, to say the least.

But Ro Sham Bo is not a game I would expect to get back to my table. As a two-player experience, it doesn’t have a unique flavor, mechanic, or fun factor that trumps other games in our collection. For those with a taste for chaos in the form of a dice-rolling game, Ro Sham Bo might fit, but be sure you are playing with a partner who enjoys chaos as much as you do! 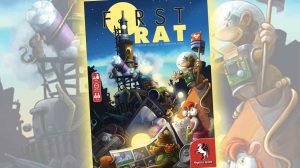 Take rats to space in Justin’s review of First Rat from Pegasus Spiele! 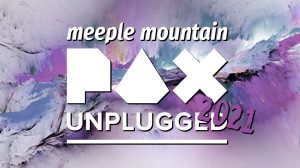 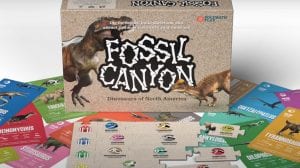 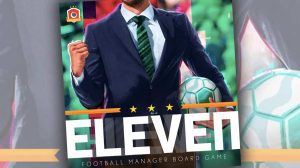