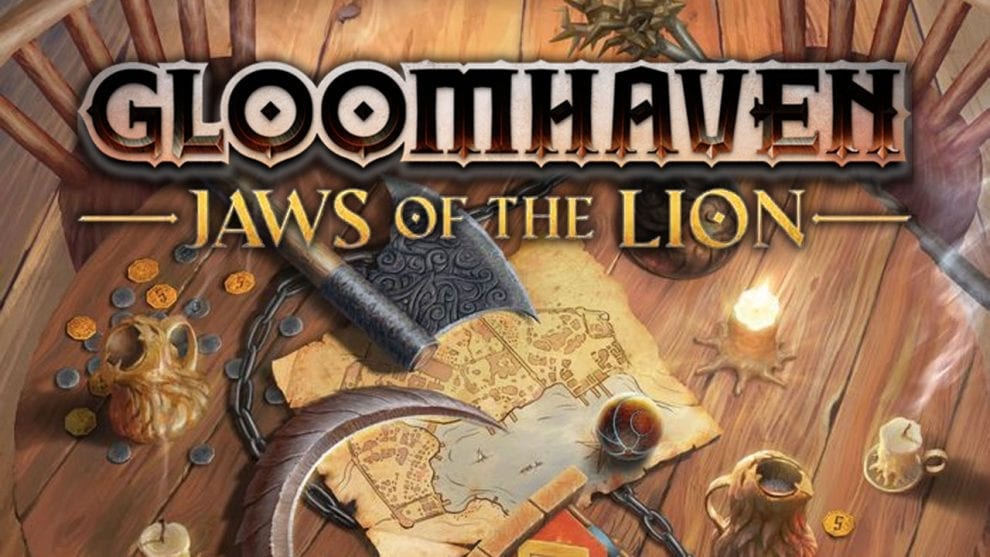 Jesse Fletcher @boardgamebard
Add Comment
Looking for a smaller, stand-alone sequel to the massively successful Gloomhaven? Read our review of Gloomhaven: Jaws of the Lion to see if it lives up to its predecessor.

Gloomhaven is a game that was released in 2017 to immediate acclaim. It quickly shot up to the #1 spot in the Board Game Geek rankings, and has held the top spot ever since. Gloomhaven is a massive game with an enormous amount of content. Playing through the entire campaign easily takes over 100 hours of gameplay.

Full Disclosure: Gloomhaven is one of my all-time favorite games, and I have put in nearly 150 plays across three different campaigns. There is still content that I have yet to unlock and I can’t wait to play it again.

When I heard about Gloomhaven: Jaws of the Lion, purportedly a smaller, entry-level version, I was both excited and skeptical. For everything that I can say about Gloomhaven, there is nothing “entry” about it. Its learning curve is as steep as its price point: both at least double what you’d expect for such a popular board game.

So, does Gloomhaven: Jaws of the Lion live up to its promise? Is it the culinary prix fixe to its big brother’s smorgasbord? Can it be appreciated equally by both long-time Gloomhaven residents and casual tourists?

At its core, the gameplay is the same. I’m not going to get too much into gameplay here. For a full breakdown of how to play the base game, check out our review of Gloomhaven. The intricacies of cardplay, movement, combat, and status effects are ultimately the same. You’ll still curse the combat modifier deck for pulling a null on your best attack. You’ll still breathe a sigh of relief whenever the AI draws a slow initiative card allowing you to bravely run away……er…..tactfully retreat and live to fight another round. Most of all, you’ll still be faced with the same type of agonizing, yet satisfying decisions that make the core game shine: What cards do I take into the scenario? When do I decide to do a short rest? Do I have enough cards left to temporarily abandon the party for that shiny gold coin? (The correct answer is always. Always get the coin.)

For those hoping that Gloomhaven: Jaws of the Lion is less of a mean monster than its predecessor, they’ll be sorely disappointed. While like its forebear, it does have the option to adjust the difficulty level, playing on “normal mode” will still challenge you and often punch you in the face. I consider myself a pretty experienced Gloomer and I’m still only winning about two-thirds of the time. Mind you, those wins have usually been by the skin of my teeth, and in some cases were second attempts at scenarios I’d already failed once.

While this is technically a prequel to the events in Gloomhaven, Jaws of the Lion is set in the same universe and the concept is the same. A loosely affiliated band of mercenaries (calling themselves the titular ‘Jaws of the Lion’) go out on missions, kill the baddies, then come back to town to buy items, level up, and draw event cards. There is a similar overarching storyline with a barebones narrative that ostensibly exists just to steer you from one scenario to the next. The meat of the game is still the tactical puzzle provided by each specific scenario.

The Lion Bares its Teeth

Remember how I said that the gameplay was the same? Well, that’s technically true, with one Inox-sized caveat. Gloomhaven: Jaws of the Lion comes with a built-in tutorial that expertly introduces you to the game. The Learn-to-Play guide walks you through the first few scenarios step-by-step, slowly introducing new mechanics into the game so that by game 5, you’re playing the full game. Whereas Gloomhaven immediately threw you into the deep end of an Olympic-sized pool with a built-in riptide, Jaws of the Lion gently walks you down the stairs on the shallow end with water wings on, teaches you how to dog-paddle, eventually removing the floaties until you’re looking back and saying “Look at me, Mama. I’m swimming!”

The tutorial accomplishes this not only with some well-edited rulebook text, but literally with different cards. In Gloomhaven, you’re given a bunch of Level 1 cards to choose from, told to pick a hand, then summarily pushed out the door straight into combat. Jaws of the Lion, alternatively, starts everyone off with 8  “Level A” cards for the first scenario. These cards have extremely basic actions on them, with highlighted instructional text. As you move through scenarios, those will get swapped out with “Level B” cards, which then finally graduate to the standard but more complex “Level 1” and “Level X” cards. You won’t face the dreaded “I can’t decide which cards to take” pre-scenario dilemma until you’ve properly learned the card concepts.

Even the enemy AI is slimmed down initially. For your first game, you’ll only face one type of monster that always does the same actions each turn, with the same initiative number. Monsters will grow in complexity as your characters do, until you’ve got a full AI deck ready to thwart your well-laid plans. The way that Jaws of the Lion steps you up from newbie to regular is truly an impressive feat.

This one is also technically both a difference and a similarity. Gloomhaven: Jaws of the Lion introduces four new character classes to the universe. Like the classes in the original, each of them has a different style of play. Even experienced players will find a new challenge in how to maximize each characters’ strengths and pull off those oh-so-satisfying combos.

(Shout out to the designer here: including the Gloomhaven: Forgotten Circles expansion, this now makes 16 different classes included in the Gloomverse that each have a different style of play. None of them feels quite the same, and each one provides a unique experience. Isaac Childress is truly a mad scientist of character design.)

Owners of Gloomhaven will be happy to know that not only are the character classes new and interesting, they are also backwards-compatible with the original game. Jaws of the Lion even includes specific instructions on how to incorporate its game elements in with the original game. My inner tactician is already salivating about creating a dynamite combo of the original Cragheart with the new Demolitionist. Both of them primarily excel at making stuff then blowing it up.

This is probably the biggest and most important difference between the two. Getting into Gloomhaven, while exceedingly rewarding, is a tough ask. Jaws of the Lion lightens the load in a few ways:

Gloomhaven: Jaws of the Lion

Earlier I asked the question of whether Gloomhaven: Jaws of the Lion does what it claims to do. Is it an entry-level version of Gloomhaven that is accessible for new players? The short answer is, sort of?

Gloomhaven: Jaws of the Lion is a fantastic game that can be appreciated by fans of the original or newcomers to the universe. Gloomhaven: Jaws of the Lion is every bit as good as the original. The storybook format is fantastic, the character classes engaging, and the scenarios challenging. It can proudly stand next to its big brother and share in the well-deserved acclaim.

While the tutorial system is great for gradually introducing players to a complex game, it’s still an unquestionably complex game. Players will still have to check the rulebook often to remember all the intricacies. “What does poison do again?” “Which character does the monster focus on?” “When can I use the elements in the room?” Questions like these will still take a good amount of games before the answers get locked into your group’s collective memory centers.

Additionally, a 12-15 scenario campaign (plus all the included side-quests, if desired) while decidedly less than the massive amount included in the original game, is still a lot to ask. As with most campaign games, you’ll want to play with the same group each time. Committing to that many game sessions may prove difficult, even if you’re doing more than one scenario in a session.

Here’s what it boils down to:

Is it a good game for new gamers?

Maybe, if they are ready to commit to regular gaming. Likely no, if they only play games occasionally or prefer games with less complexity.

Is it good for experienced gamers with regular game groups who are new to Gloomhaven?

Yes. It’s a great introduction to the interesting fantasy world and its unique combination of dungeon-crawler and Euro-style gameplay.

Is it worth picking up for Gloomhaven veterans?

Definitely yes, a no-brainer. More Gloomhaven = good Gloomhaven, particularly given its backwards compatibility with the base game.

Whether to boldly step into the ring to try your hand at taming the lion, or simply sit back at a safe distance, watching the foray through your sophisticatedly spiffy set of eagle-eye goggles is ultimately up to you. Here’s hoping that I’ve at least given you enough to sink your teeth into.

Gloomhaven: Jaws of the Lion details 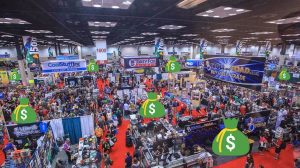 For board gamers, Gen Con is a magical place, with new releases and old favorites lining the halls. Read on into this article to discover some of the games... 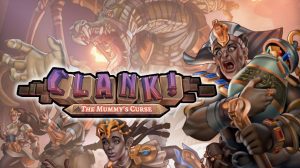 If you’ve played Clank! , and are looking for even more dangerous dungeon-crawling, deck-building fun, check out our reviews of the two expansions Clank!:... 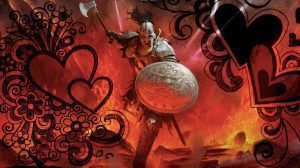 Playing the next new game is great, but sometimes it’s nice to play something familiar, a game you know you love. Join us in today’s “Games We Love” as we look... 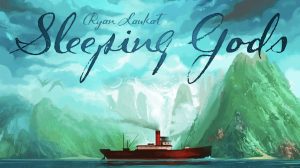