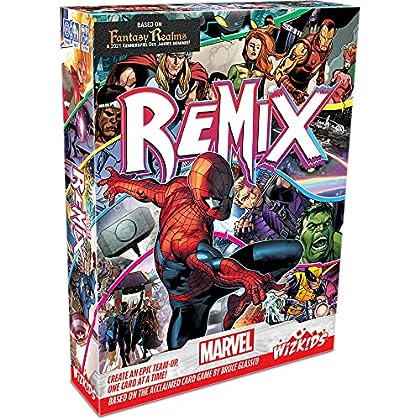 In Marvel: Remix, players build a team of heroes and allies to take on infamous villains. They are dealt a hand of seven cards that will contain characters, items, or locations from throughout the Marvel Universe. Then, players go about can arming their characters with powerful equipment or maneuvers and use their cards to pull off epic combos. The player that has the most points at the end of the game wins.

The game box comes with 61 Remix cards, 18 Villain cards, a score pad, and a rulebook. This game is for two to six players, ages 12 and up, and plays in 20 minutes.