The planet is in a climate crisis. For decades governments have ignored it. Now it’s up to a group of city mayors to sort it.

Carbon City Zero: World Edition is a race against the clock, where players juggle their common goal (of collective survival) with local priorities. And that’s just the start of it. From how people get from A to B, to what powers their cup of tea, every decision is a climate decision. These mayors have their work cut out for them - will they avoid climate chaos?

Carbon City Zero: World Edition is a revised second edition of the climate action game Carbon City Zero. This edition is a collaborative deck-building game for 1-4 people in which players develop a sustainable city by greening transport, transforming industries, getting citizens on board, and showing world leaders how it’s done. Each player starts with an identical deck, buying additional cards from a shared marketplace to create a more sustainable city. But you need to negotiate, working together with cities around the world. Balancing the need to generate income with reducing carbon, players can follow numerous paths to victory, but collaboration is key. You’ll need to bring together governments, industries, and the public. And if you can’t bring carbon levels to zero before it’s too late - we all lose. The stakes couldn’t be higher.

The game also comes with the original rules for competitive and solo play.

In the collaborative and solo modes players win if they can bring the carbon level to zero in eight rounds or less, while in competitive games it's a race to zero - first there wins! 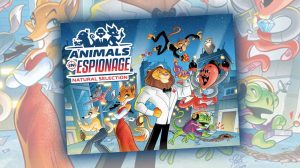 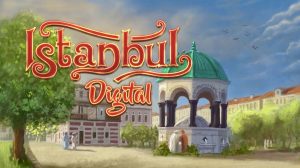 Istanbul is a modern classic of board gaming and is now available in the app store. Read our Istanbul: Digital Edition review to find out how the digital... 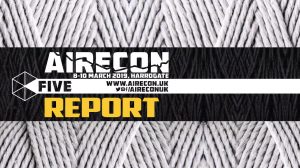 Six Impressions from a day spent at AireCon 5 - read on for thoughts on games, inclusion, gaming communities and cats. 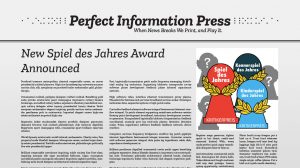 The Spiel des Jahres, the board game industry’s most esteemed award body, has announced a new category for this year’s awards: The SdJ Reviewer Prize. The new...