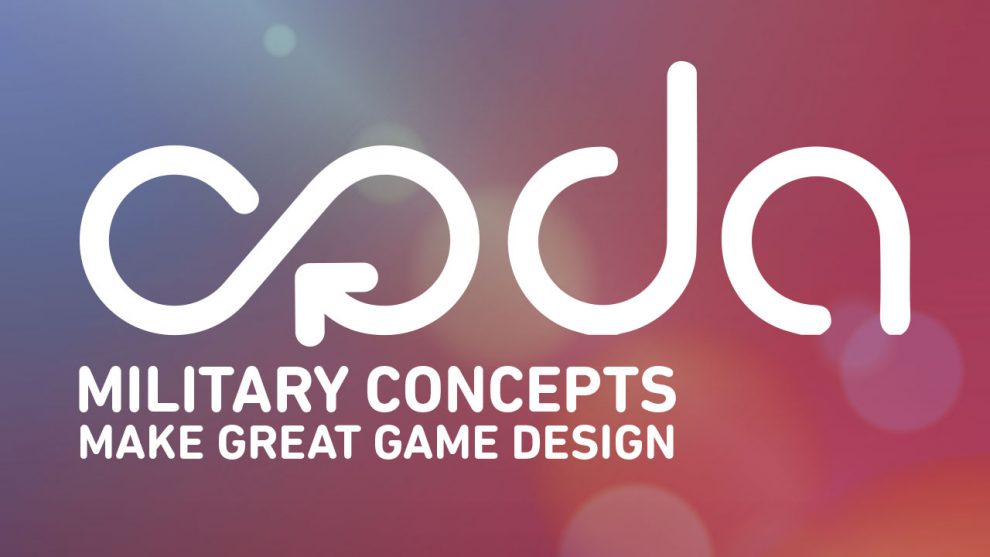 Gary Chavez
6 Comments
The OODA Loop is a military concept most often used for wartime operations. However, it also works as a great game design tool. Gary explains how to use it to make a good game design even better.

Game design tools are few and far between. If you’re like me, your game design process is basically coming up with ideas, noting where things don’t work the way you want them to, then banging your head against the wall until you come up with solutions. That’s why I’m glad I remembered the OODA Loop.

The OODA loop is a military concept I was introduced to during my time in the Air Force. It also turns out to be a surprisingly useful game design tool that you can apply to almost all games regardless of mechanics, audience, or theme. For me, the OODA Loop is most useful when I get to the point in game design when I feel that I’ve got something good and I ask, “now how do I make it even better?” 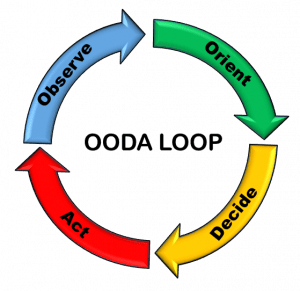 OODA is an acronym for Observe, Orient, Decide and Act. It’s basically a breakdown of the decision-making process. The next few paragraphs will describe the elements of the OODA Loop and how they relate to a player’s thoughts and actions. This background knowledge will show how you can use the OODA Loop as a framework to address some key design questions and improve the overall design of your game.

US Air Force Colonel John Boyd originally created the OODA Loop concept to describe air to air combat but it later evolved into a model of the decision-making process. In addition to the military, this versatile concept is also used in business, law enforcement, and martial arts. Several books have been written highlighting military and non-military applications of Boyd’s work, such as The Blind Strategist: John Boyd and the American Art of War and Certain to Win: The Strategy of John Boyd, Applied to Business.

Each step of the OODA Loop has a specific purpose. Players also exhibit specific behaviors in each step. Since every player goes through an OODA Loop whenever they take their turn or perform an action, it’s also a great place to start when you’re trying to improve gameplay. Let’s look at an example of the OODA Loop in action during a game, and then we’ll see how the process can be applied to game design. 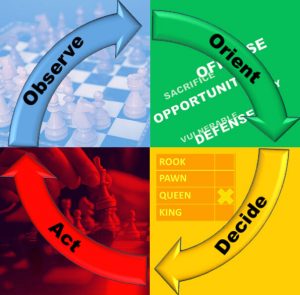 The OODA Loop applied to Chess. Observe: seeing the position of pieces on the board; Orient: giving meaning to the chess pieces; Decide: choosing which piece to move; Act: moving the piece

Observe is the step in which the player is looking at and gathering data from the game. They are looking at things such as:

In this step, the player has not yet evaluated the data. Observing is simply the gathering of raw data.

Orient is the step in which the player assigns meaning to the data gathered from the Observe step. They are assessing things like:

Orient is the step in which a player uses their experience and knowledge to assess the state of the game. While all the players are observing the same gameplay, each is coming up with different conclusions about the direction of gameplay and the possible opportunities to re-direct gameplay for their own benefit.

Decide is the step in which the player lists their courses of action and decides which to take. The following actions are typical at this step:

The Decide step is the second spot when a player’s individuality enters gameplay. In this case, the player decides how to respond to the assessed state of gameplay. Players may arrive at similar lists of courses of action but they won’t necessarily choose the same one. Bold players may choose a high-risk action while cautious players may choose a low risk-action.

Step 4. Act – Changing the State of the Game

Act is the step in which the player puts their planned course of action into motion. They are doing things like:

The Act step is when the player changes the state of the game. Often, players change the state of the game in a way that benefits themselves or challenges the other players. In addition to taking the chosen course of action, the player may be required to take additional actions such as replacing played cards, collecting resources, etcetera.

Using the OODA Loop as a Game Design Tool

Whenever I’m trying to improve a game design, I think about the game with respect to the OODA Loop. I break down the loop into its four parts and ask myself the key design questions listed below. Since the OODA Loop is such a vital part of gameplay, I’ve found improving it is an efficient way to yield many game improving ideas.

Key Design Question: How do I provide information to the player in an intuitive manner when they need it?

Key Design Question: How do I minimize the steepness of my game’s learning curve?

Understanding how to improve your game through the Orient step means understanding the steepness of your game’s learning curve. The learning curve of your game is not only dependent on your mechanics but the language and iconography. Give careful thought to whether your game is unnecessarily complicated. You should strive to minimize the steepness of the learning curve as much as possible. Using common terminology and concepts is a good way to relate already well-established game mechanics. However, you can also use theme, art, and graphic design to help make new or innovative mechanics easier to understand. A good design makes the current state of the game clear to the players. A better design allows players to easily understand the direction of gameplay and what opportunities they have.

Key Design Question: How do I make my game’s choices and consequences easy to understand?

The key to this improvement is analyzing how well the players understand their gameplay options. Having vague or confusing choices and consequences diminishes gameplay. Improving this step means clarifying primary choices to the player. The term “primary choices” means those choices every player typically faces on every turn rather than choices that are situation specific. You should use theme, mechanics, art, and graphic design to highlight choices and consequences. Furthermore, the scale of consequences should match the scale of the decisions. You don’t want simple actions resulting in drastic consequences. For example, you don’t want a single card to cause someone to win or lose a game.

Key Design Question: What barriers do I need to remove so players can do what they want to do?

The crucial aspect of this improvement is understanding how well your game allows players to put their decisions into motion. A player must be able to link actions with decisions. Having obstacles between actions and decisions detracts from gameplay. Furthermore, you should minimize actions that don’t change the game state such as the spending of resources to keep a certain ability. Actions that don’t move the game forward detract from gameplay especially if a player is required to take several of these actions during a turn.

In terms of game design, the OODA Loop is the mechanism by which a player’s experience, knowledge, and strategy becomes in-game actions. It’s the bridge that connects a player’s individuality with gameplay. Improving the OODA Loop means strengthening the connection between the player and the game experience. 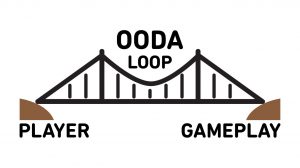 The OODA Loop is the bridge between player individuality and gameplay

I use the OODA Loop often when I’m trying to improve my own game design process or when I’m providing feedback to other designers. The OODA Loop allows me to see a game from the perspective of a player, understand what they need to enjoy the game, and brainstorm solutions. In my experience, players want to have fun. Our job as game designers is to create the best systems that help them achieve this goal. I really hope learning about the OODA Loop helps you as much as it has helped me. 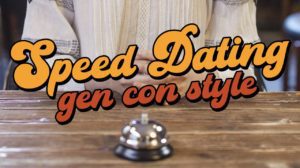 Gen Con Speed Dating has been a convention tradition for years but few have heard of it. Board game designer, Gary Chavez, gives a first hand account of this... 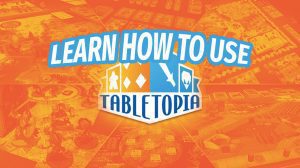 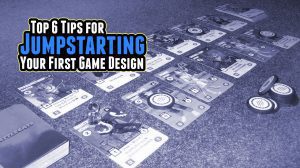 Bringing your game idea into reality may seem like a daunting task but it’s much easier than you think, especially with the right tools. Read about what simple... 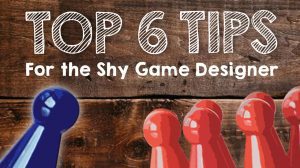 You’ve made a great game but now it’s time to show people how great it is. Even if you’re an introverted game designer, here are some simple things you can do...