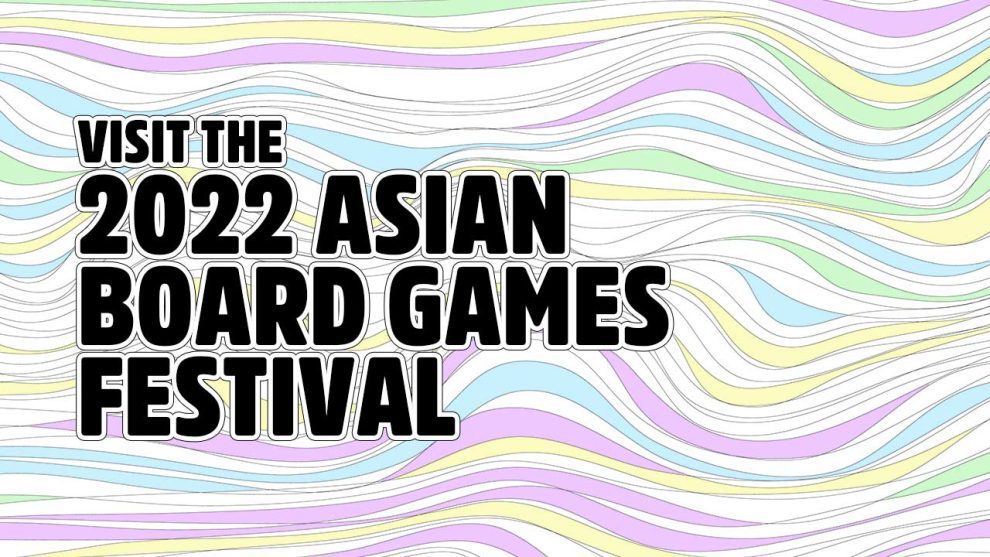 In the lead up in September and all through October, it seemed all I saw, read and heard amongst the board gamers on social media was, Essen, Essen, Essen. Even though Essen Spiel ran in 2021, because many countries still had travel restrictions in place, coverage seemed a little muted. But 2022, oh my! This was the year of Revenge Travelling. The Singapore board gaming community is a tight knit group, so I knew plenty of folk who would be headed East and everyone was asking if I would join them.

Alas, my pocket was poorer after we had purchased a new home. There was no time, no money and no childcare to make a glorious week of board gaming come true. So throughout the month, I boiled at the board game gods for their impeccable timing whilst I blew out my renovation budget, under a cloud of dust and the sounds of children running through the half-finished hallway.

So when I got wind of the 2022 Asian Board Game Festival happening right here in Singapore, I was all over it. I was going to live my best life for two days – whilst everyone recovered from board gaming fatigue. Forty tables of the best and latest games from Asian publishers were open to all and sundry.

Instead of waiting for an opportunity to visit publishers in Hong Kong, India, Japan, Korea, Malaysia, Philippines, Taiwan, Thailand and Vietnam, I would play my way through Asia!

I aimed to wrangle childcare for a day, meet up with young and old friends, make new ones, and head to the tables on my own all through Saturday. Then, since the festival was aimed at families, it would be open and welcoming to my seven and eight year old too, when I took them on Sunday. The plan was to finally introduce my girls to an actual active board gaming community beyond the walls of our home.

Did I say it was my first of such board game events? So, I did not know quite what to expect. But arriving at the venue, I was filled with a sense of gratitude and thankfulness that gatherings were allowed for an event this size. It meant that life was normalizing and large scale public events were par for the course. And thanks to that, I could meet my favorite designers and publishers in-person, making a bunch of new friends who share the joy, if not intrigue, of all things board games.

Making my way toward registration, I had to navigate around tables, across the atriums of not one but two levels in the mall!  I had arrived an hour after opening and already most of the open tables were full. As I registered and picked up my Play Passport, my heart swelled with pride to see all the great games from the Asian board game community on display. I was obviously beyond excited to see and play more of the Modern Asian Board games I had written about before.

A bit about the Play Passport: Essentially, it’s a way to keep track of which publishers’ games you’ve played. You get a publisher’s stamp on the country they are representing and exchange them for free games, promo codes and lucky draw entries.

After waiting around for an open table, I caught sight of a game closing off at the EmperorS4 table. I made a beeline for it and kicked off the day of marathon gaming, with World Exchangers. The flip and write mechanics are one of my favorite formats, so it was a great place to start and a lot of fun learning about EmperorS4 from players and volunteers hosting the game.

As I was wrapping up my first game, a couple of folk from our regular board gaming night showed up. We made our way across the floor to an open table hosted by WiseBox games, a publisher from Thailand, before finding our way to the Taiwan Board Game Design tables hosted by none other than Smoox Chen himself. Having reviewed Three Little Wolves by TBD, I was very excited to learn more about the team behind these quick-playing, puzzley, family fillers that my kids adore. We got to play Vegetable Stock, an open drafting, commodity speculation game that plays in a lightning-fast six rounds. Then we were introduced to Taiwan Night Market, a new game that is coming to market soon. It was thrilling to be able to see and play games that had not yet been released. By this time I was having so much fun, I almost forgot to grab a bite for lunch!

The rest of the afternoon was spent standing around tables, eyeing our opportunities to take a seat at a new game, almost like eagles waiting to swoop in on a kill. Fortunately, most of the games on display at the festival were light, family fillers, so there were quick turnovers. You just had to be in line to be next. The downtime wasn’t too bad either. It made for lots of quick chats with the people behind my favorite Asian board game publishers like Playte, Gotta2, Homosapiens Lab, and NHG as well as learning of new smaller publishers of games I hadn’t yet had the opportunity to play, like Centlus. But now I did! I spent a whole day at the festival and played about twelve games in all!

When the festival closed for the day, we gathered a few new friends and acquaintances, including Steve Ng from Mercat Games, an offshoot of Capital Gains Studio, to grab dinner and listen to some live music at Timbre+ before heading home.

The second day had a different agenda. I put aside my solo board gamer persona and wore my parent hat instead. My little gamers have quite different personalities so I wondered how they would take to the festival. My older is a social butterfly, more gung-ho and willing to try new things. The younger one is more introverted and tentative, but grittier. I wanted both children to soak in the atmosphere, enjoy themselves, as well as introduce them to the larger gaming community.

It was my more hesitant seven-year old that started the ball rolling by asking me to take her around to see all the tables. Together we walked the floor, looking for a game that caught her interest. She surprised me by stopping at the Wizards of Learning table where Perus, the designer, was hosting a game of Last Hand Standing. Perus told us it was a party game whose object was to be the player with the last hand standing. Without giving too much away, I thought it was a very ingenious twist on the finger game of Chopsticks that elementary school kids play at recess—except more macabre since the winner is the player whose fingers had not been ‘chopped’ off. Despite the ghoulish theme, my daughter enjoyed her first game at the Asian Board Game Festival!

It just goes to show how confident kids can feel knowing that board games are a safe space for imagination.

Meanwhile, my older daughter had her copy of the Play Passport and had already been making her way around the tables upstairs on her own! She had set herself the aim to finish at least ten games to qualify for the lucky draw. Since we invited our homeschooling community to join us at the festival, she had also found a few of her friends and gathered them together to play an oversized version of Kopi King by Origame.

The young board gamers ended up playing many of the dexterity games on display like Tasso Banana by Playte and Ninja Bowling by Hacko Games. But I also noticed that they headed toward games with familiar themes. They zeroed in on dinosaurs in Dino Derby by Gotta2 and cute animals like Cat’s Tsukiji by TBD and ocean creatures in Reef Rescue by Origame. This was where I found my younger one hanging out. Since she was so familiar with the Origame titles, she had been playing Alphabeast and Buffet Boss, games we often played as a family at home.

It was heartening to see that many of the table hosts and visitors were willing to engage with the much younger audience. After all, this generation will soon be leading a new wave of board gamers.  Everywhere I looked, I noticed families and kids playing together, laughing, helping each other strategize and all-around having a good time together. And as the afternoon grew, so did the long line for buying the games on demonstration. What a great sign that there was a growing market and interest in modern Asian board games! The games really hit the sweet spot, catering to the very unique demands of the Asian market.

Finally, once my kids had their fill of games they played independently, they asked to see the folks behind the games. I took great pleasure in introducing the designers to the very audience I test games with for reviews, and my star struck family to the real people who made these experiences and games possible. My younger one has aspirations to make and illustrate board games and I have growing stacks of paper craft games on my game shelf. I owe it to her to put good role models in her path and hope the passion sticks!

It was a very nice way to finish off a family day out and an excellent first experience within the board gaming hobby.  I’m really glad I got to fly solo the first day and feed my gamer soul, but then also to have the opportunity to bring my family there the next day so that they shared in my passion. The festival organizers,  Origame, estimates that there were 2000 folks who played throughout the weekend. Yet, there is something about having a small set of people at any time around a game, and the opportunity to talk for as long as the game plays, so no one feels totally overwhelmed by the madding crowd. The atmosphere was certainly more intimate when you are able to meet the team behind the games, in person. I’m already excited thinking about next year’s festival and have ideas on how we as a family could plug in more to the gaming community and contribute at the 2023 Asian Board Game Festival!

Did you get to attend the Asian Board Game Festival? What were your favorite moments? Let us know in the comments below! 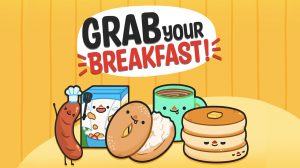 There's a sumptuous spread on the table! Pancakes, cereal, bagels, and coffee! Check out our review of Grab Your Breakfast, from Ameba Games. 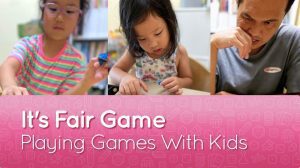 Join Ly-Ann as she offers six ways to level the playing field so that kids and experienced adults can both turn on the competition at the gaming table. 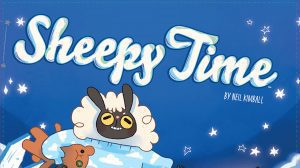 "To catch forty winks" means to take a short nap. But in Sheepy Time if you were caught napping, you could win the game! Our review of Sheepy Time won't leave... 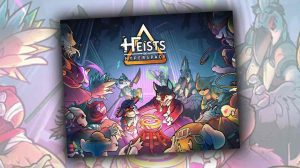 It is time to assemble a crew and grab what treasures you can before the Vaults close shut.

Ly-ann is an educator who loves to play! She has never quite grown up herself and wants to inspire parents, tutors and teachers to help kids learn through tabletop games.