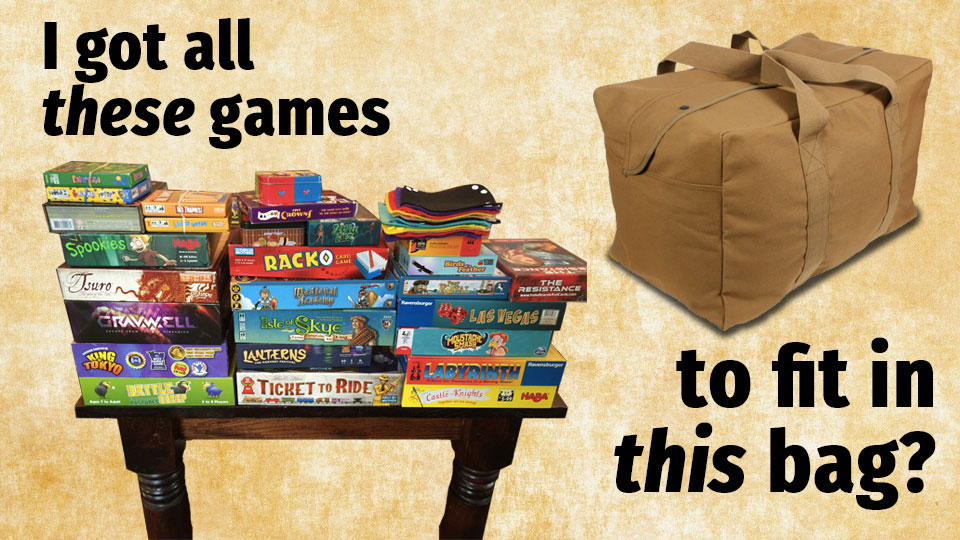 In board gaming circles the first question you’ll hear most people ask is “what are we going to play tonight?”, but it’s followed immediately afterwards with a “How will we get our games there?” There are almost as many options for carrying games to and from the various meetups and church halls, and friend’s homes as there are gamers. Flimsy grocery store plastic bags, IKEA bags, heavy duty plastic bins, etc. So how do you choose which one to use? How big should it be? How much should you spend? In this post I’m going to review the bag I chose, the Rothco Canvas Parachute Cargo Bag, and offer some reasons it might be the last game bag you’ll ever buy.

Before we talk about the bag, let’s take a long hard look at ourselves. Gamers. We’re a careful bunch: we don’t want our games to get crunched, smooshed, ripped or torn, or God forbid wet. We also like to be prepared; having just the right game at the right time gives you gamer cred, and can literally save a game night. Most importantly we like to play games, and it’s hard to play games if you don’t have any with you.

If the Rothco doesn’t meet your needs, check out out our list of top 6 board game bags for other options.

The Criteria For a Game Bag

Each gamer will have their own specific criteria for a bag, but in general there’s a few main points that will all overlap. A good game bag must (in no specific order):

I’d been running a Game Night for a while now, and while lots of other people would bring games, I took my responsibility as host seriously. I always wanted people to have choices, so I brought as many games as I could carry. The problem was the the bags I had available to me were of the flimsy variety, or couldn’t hold much. I started looking for better options in the fall of 2015 and ran across the Rothco Canvas Parachute Cargo Bag in a video. I was intrigued because it looked nice, seemed to hold a lot, and was sturdy. Plus it was much cheaper than the other options, at only $21 (when I bought it at least). After some comparison shopping I decided to pick up the Rothco Parachute bag from Amazon.

What I Like About The Rothco Canvas Parachute Cargo Bag 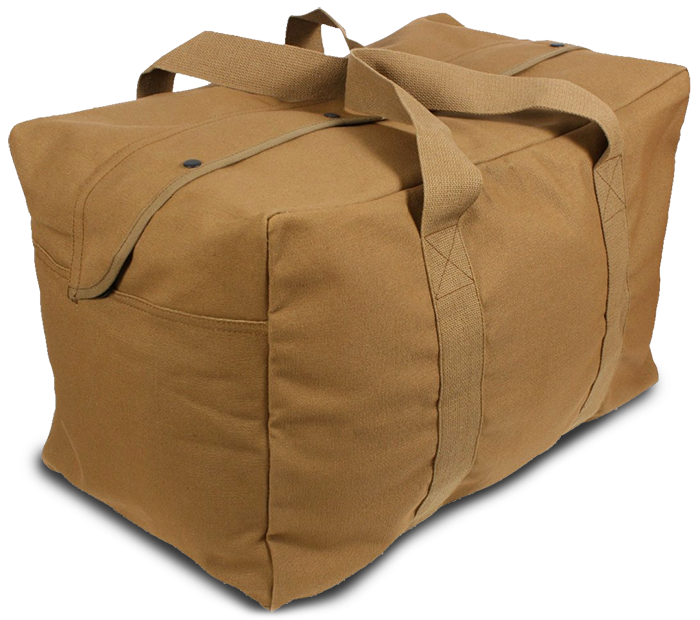 The Rothco bag is made of heavy canvas material and comes in a variety of colors; I chose the brown bag shown above which was, at the time of my purchase, $20.99. The dimensions are 24″ x 14″ x 14″ (60cm x 35cm x 35cm). The heavy canvas isn’t waterproof, but would take quite a lot rain before it soaked through.

The Rothco features thick, 2 inch wide, military webbing style straps that are stitched along the entire sides of the bag (no single point of failure here), as well having double reinforced stitching at the point where the straps meet the bag. The straps are long enough to overlap the top of the bag and give you plenty of room to gather them together to hold.

The bag is reinforced at either end to avoid splitting from interior pressure. The Rothco also has squared off sides which mean that packing in nice rectangular boxes is much easier, and will put less pressure on the games than a rounded bag.

The mouth of the bag has a large metal zipper on larger than average thick plastic teeth (electrical tape for reference). It also has a metal ring for use with a shoulder strap (not included). 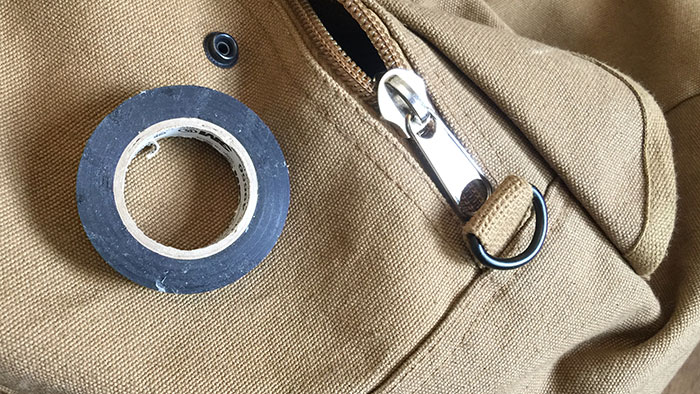 The Rothco has a 3in wide placket which overlaps the mouth of the bag, and can be secured shut with 4 metal snaps.

Based on the dimensions, the interior of the bag has 4,704 cubic inches, or nearly 3 cubic feet. Packing for a recent game night I was able to load in 27 games (see the full list below). I even had a little room left, and could have fit in another 3-5 small box games.

What I Dislike About The Rothco Canvas Parachute Cargo Bag

While I do love this bag, there’s a few minor issues.

Because of the length I knew that packing in two games of Ticket to Ride size side by side could cause the games to lean towards each other, causing friction and pressure. This is less of an issue with the handles placed in the middle, but would absolutely be an problem if I used a shoulder strap. I made this a non-issue by taking a corrugated plastic sign (think landscaping or political sign) and cutting it to fit the bottom of the bag. This provides support when the bag is full, and helps the bag keep it’s shape when not in use. 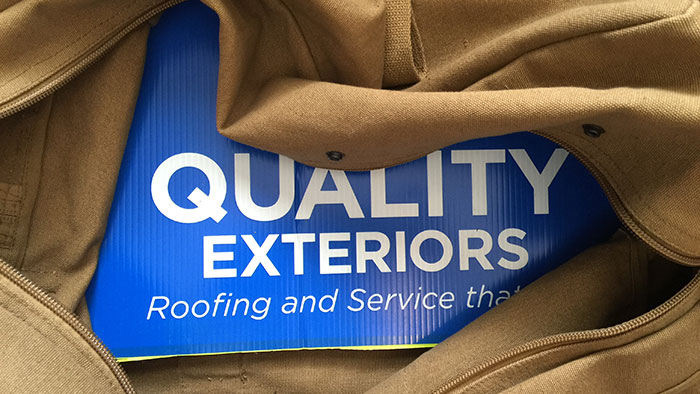 The other issue is that the width of the bag means that I have to carry it slightly away from my side. When the bag is loaded up, it’s quite heavy which does make it awkward to carry. I’m a strong guy with longer arms, so this isn’t quite as much an issue for me as it might be for others. It’s worth mentioning though.

The Rothco bag hits all my sweet spots. It’s inexpensive (only $23 right now), it has a large capacity, and it’s really durable. Given the wild popularity of recent game bag Kickstarters, people are clearly wanting something better. The Rothco does everything the competition does, and and 1/3 to 1/4 of the price it’s a better deal. Will the Rothco Canvas Parachute Cargo Bag be your next game bag? That’s up to you! 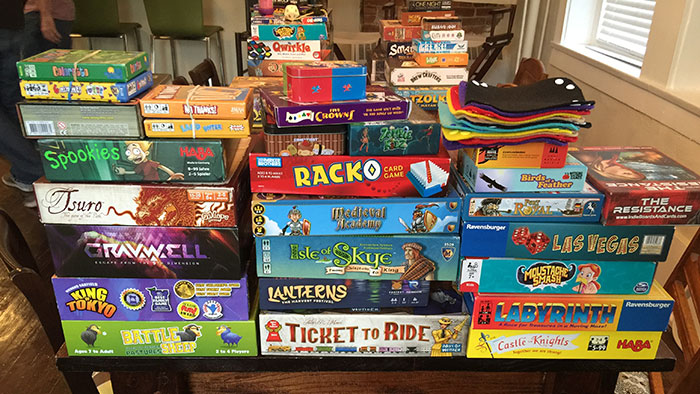 In the interest of full disclosure, here’s the complete list of games I packed in.