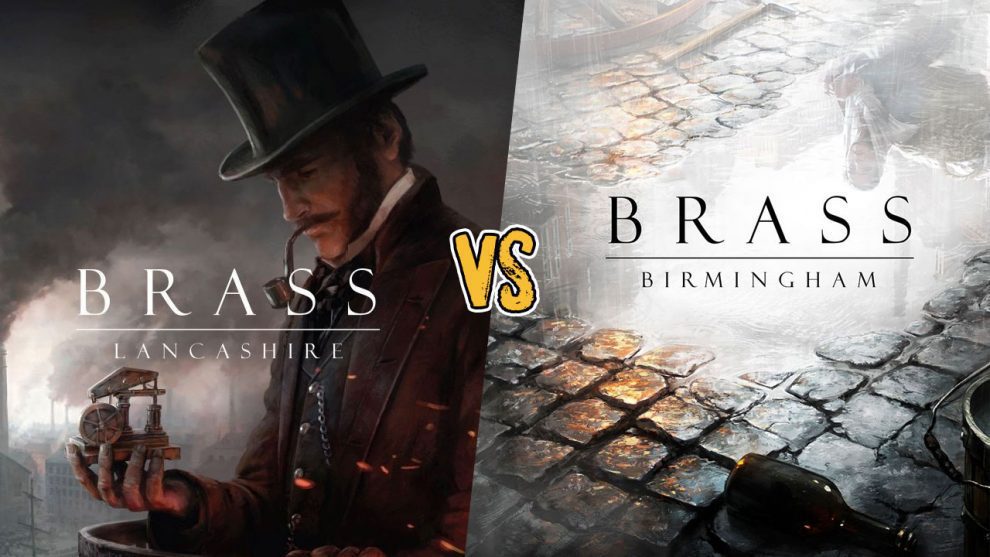 Justin Bell @justinbellsaysjustinbellsays
4 Comments
Justin considers both Brass games, Lancashire and Birmingham. Which does he prefer and why?

Martin Wallace is a heavyweight in board game design. His 2007 game Brass was republished in 2018 by Roxley Games as Brass: Lancashire. At the same time, Roxley released an updated version of the original Brass titled Brass: Birmingham.  Co-designed by Wallace, Gavan Brown and Matt Tolman, Brass: Birmingham received a rule make-over as part of its release.

Brass: Birmingham is now the #3-ranked game of all-time on BoardGameGeek (BGG), with Brass: Lancashire sitting in the top 20. In other words, both games are modern classics; even friends of mine who “hate” one or both games still grant how well designed they are, particularly given how straightforward the rules can be delivered.

At least, most of the rules.

Which one is better? Of course there isn’t a definitive answer. But across my plays, I want to try to answer what I love about both games, and which one I prefer based on my personal preferences. I’ll try to guide players on the fence towards one game versus the other as well.

Welcome to the Industrial Revolution!

Rather than turning this entire discussion into a rules overview which could span many pages, I’ll just assume you will navigate to the Roxley website to watch rules videos on both games if you are really interested in the nitty-gritty.

The basic rules for Brass, though? We’ll cover those here.

Both Brass: Lancashire and Brass: Birmingham—which will be referred to as simply Lancashire and Birmingham for the rest of this discussion—are economic simulations that take place in exactly the same time period, 1770-1870, in the titular geographical regions. Over the course of two eras, the Canal Era and the Rail Era, players will fight to earn the most points by building various industries across the regions while managing their empire’s pool of cash and establishing the best interconnected network of ports, merchants, overseas markets, and trade routes.

In both games, players are given a massive array of buildings on their player board, some starting cash, and a hand of 8 cards depicting either specific cities on the board, or specific industries which can be built from the buildings on their player board. On a turn, you’ll have a meaty selection of choices to make with your actions (5 actions in Lancashire, or 6 in Birmingham), but you’ll have to have an incredible grasp of the terms “Your Network” and “Connected Locations” first.

As simple as the general rules are for the Brass games, I’m still surprised how difficult it is to conceptualize where and how a player can legally build on a turn. It helps to have an expert on these rules in your midst, because one player will struggle throughout the game with these concepts. (That player is usually me for some reason; heavy games with complicated rules are fine, but determining where I can build sometimes really baffles me in the Brass games).

The Build action in both games is also the only action that requires you to discard specific cards. The other actions, such as building rail lines, selling goods or the “Martin Wallace Special” (taking loans), are very simple but usually require an incredibly difficult choice: which valuable card do you discard to accommodate the action? And while these decisions are challenging, they are so much fun to make every round. Hand management is a term we use often to describe mechanics in certain games, and I am struggling to think of a game where that is more important given the game’s reputation than the Brass games.

After taking 2 actions, players place the money they spent that round on their character tile then pass to the next player. At the end of the round, turn order is determined by who spent the least, then everyone collects income and does it all again. The Eras split each game into half, which allows for mid-game scoring based on the industries and canal/rail links placed on the board. At the end of the game, whoever has the most points is the winner, with income being the first tiebreaker and leftover cash being the second. The Brass games have earned my approval on the tiebreaker front!! 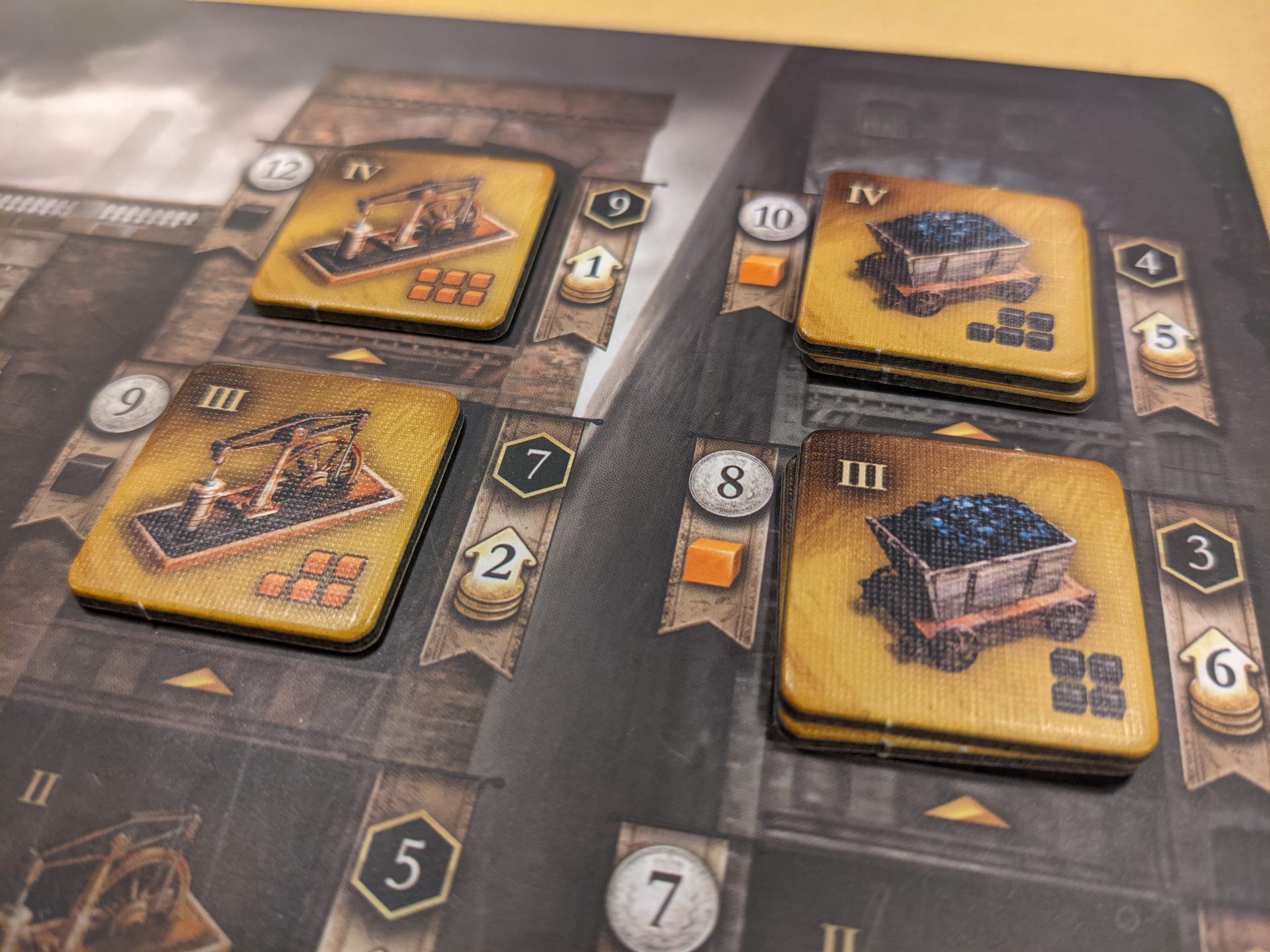 So, These Are Two Different Games?

I will admit that the games seem almost too similar to warrant the need for playing (certainly, owning) both Lancashire AND Birmingham.

But here’s the thing: they are surprisingly different, mainly for two distinct reasons:

There are many other differences between the games as well. The Distant Cotton Market, a place to sell cotton in Lancashire which has the look of a press-your-luck mechanic but often ends up being a great way to get out of using other players’ ports. Shipyards (also available only in Lancashire), like Pottery in Birmingham, are very competitive and can provide a big opportunity to score points if you properly strategize turns. However, there are more Pottery spaces than Shipyards spaces in their respective games.

In addition, the loan process works differently in these two games. Lancashire lets you take different types of loans (10, 20, or 30 pounds, if you want to move back 1/2/3 income levels) but you can’t take loans when the draw deck is gone late in the Rail Era. Birmingham lets you only take 30-pound loans, but you can take them right up until your last turn.

For all of these reasons and a couple more, I prefer Lancashire over Birmingham. But why? 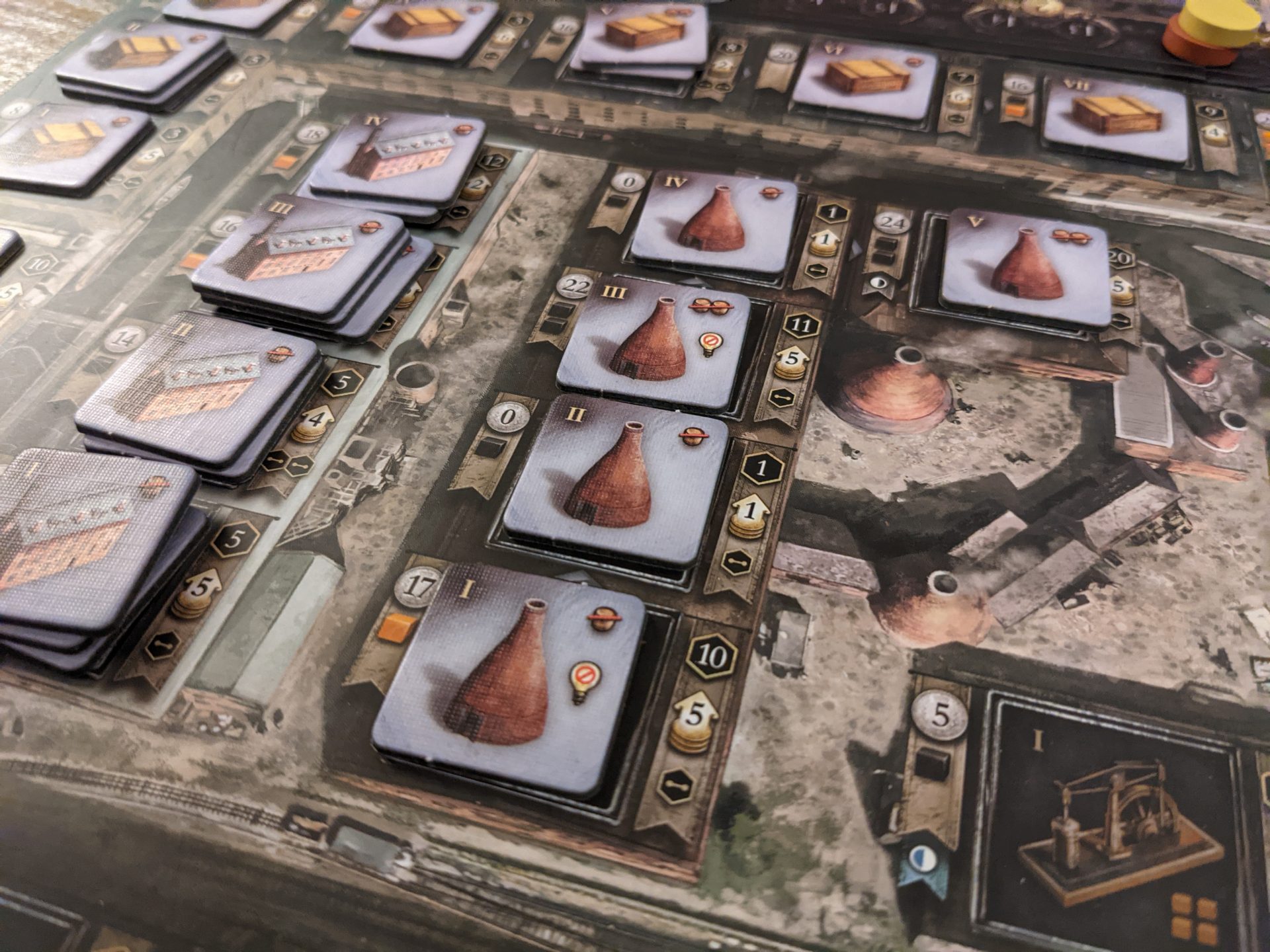 Bring a Shiv, and Make Sure It Is Rusty!

Both versions of Brass are excellent. But a 4-player game of Lancashire is the kind of down-and-dirty knife fight I love.

Birmingham is an excellent game, but it feels like a kinder and slightly gentler version of the game. I never feel shut out in Birmingham. The map never feels shut off. I could see my wife, a woman who prefers mid-weight games that are not “stabby”, really enjoying a 2-player version of Birmingham because the competition for building space would be more open, and there are many paths to raising income and scoring points at the end of each era. The Scout action alone makes me feel good that I can take an action to build anywhere, then get an extra card that I’ll use late in a round to ensure I can build a certain kind of industry anywhere there is room in my network. I can also take a loan late in the game when I have planned poorly around money, to make sure I can take a final action.

However, in each game of Lancashire I have played someone looks at their hand of 6 or 8 remaining cards in the Rail Era and realizes they cannot build ANYWHERE ON THE BOARD. This is especially true if they have to spend rounds using the Develop action to dump tiles off of their player board, all in the hopes that they can race someone else to build a late-game cotton mill on a space that looks juicy…only to try to sell on their final turn of the game but not seeing any ports left and a Distant Cotton Market that has been exhausted and the marker is on the X space.

Lancashire is the tougher game, and certainly it punishes players harder. I respect this a lot. Often, the player squeezed out of actions has been me, and I have no regrets at all. I’m cursing other players, and they are cursing me, and it’s all good. Also, I’ve seen the Overbuild action used in a game of Lancashire, but not in Birmingham; I think that’s because the exhausted iron/coal resource requirement is more likely in Lancashire.

And my preference of Lancashire is tied to my preferred player count: 4 players or bust. A 4-player game of Lancashire is why I play games. The turn order can be crucial. The board is tight. Like, really tight! You are watching every player to see if they will completely hose your plans for a solid move. It’s an incredible mix of long-term strategic moves and tactical know-how. Pivoting in Lancashire is just a blast.

4 players in Birmingham? Tight, but not suffocating. The wild industry card is a life saver. There seem to be a few building spaces available all game long. Selling is shockingly easy in Birmingham (easy, compared with selling in Lancashire), especially if you have built out your own breweries—and there are plenty of ways to build breweries all game long. Allowing loans to be available to all players late in the game just feels a little too forgiving, which was probably the idea all along.

Which Way Should You Lean?

Let’s be clear: I’m offering a purchase recommendation for two similar A+ games designed by one of the greatest game designers in history. You are going to win either way, then, right?

That said, the player interaction is a little more prevalent in Lancashire than Birmingham, which makes it the winner for me. One of the players in a recent game of Birmingham said that he loves to play Birmingham with his wife (who has similar tastes to my wife’s gaming preferences), and it’s a fun way to play the game and not get too stabby on a board that is already fairly forgiving.

The loan rules alone make Birmingham the call if you are playing with players who don’t play economic games very often. I hesitate to use the word easier, but despite featuring a few more fiddly rules, Birmingham fits an environment that is friendlier without sacrificing excellent gameplay.

While I wholly recommend only playing both Brass games at 4 players, if you have to go with a lower player count with players who prefer more of a non-confrontational economic Euro playstyle, Birmingham is the call. If you just love saying the words “I’ll consume two of your beer barrels to build this level 3 pottery building”, Birmingham is DEFINITELY the call. And if you prefer your games to give you a slight chance at making up for earlier mistakes in the game without sacrificing quality, Birmingham is the pick.

However, if you prefer to occasionally watch a friend suffer? Lancashire. I also think Lancashire slightly favors those who have played it before, whereas newer players can compete with veterans in Birmingham a little more easily. The last 4-6 turns in games of Lancashire are a bit more tense because poor planning and/or better opponents will make the end game here a little painful. And exhilarating. Final scoring in both games is a little messy as you work through rail/canal scoring and then buildings that score, but all of my games have been close and have always come down to a couple of key decisions having make the difference.

The great thing about both of these games? The exceptional design. While I can’t claim that I felt like a robber baron in the late 1700s while building iron works and cotton mills, Martin Wallace’s classic has been turned into two of the best economic hand-management games ever released. It’s a pleasure to see either one of them on the table! 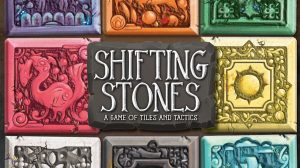 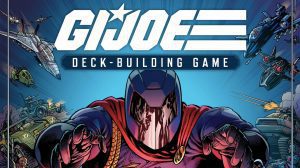 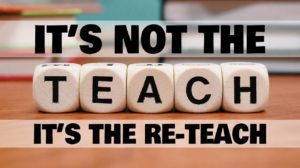 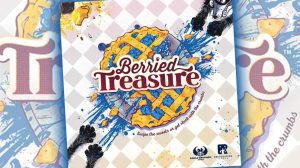 Justin likes pie. Does he like Berried Treasure? Find out in his review of the recent release from Restoration Games.