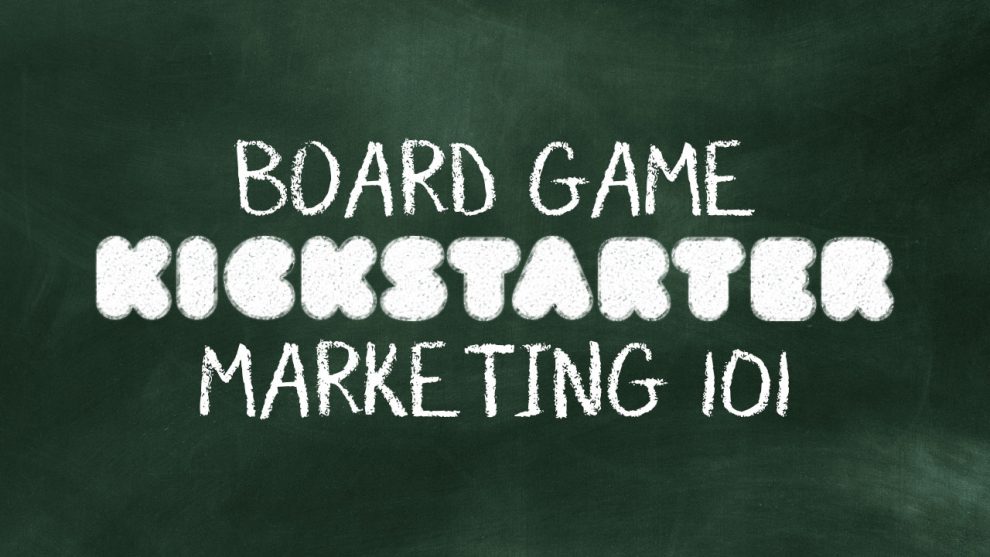 Nalin Chuapetcharasopon @meeplemarketingmeeplemarketing
Add Comment
These board game marketing tips from an industry professional will help you earn raving fans ready to back your Kickstarter on day one.

Launching a board game on Kickstarter is now like a rite of passage for new game designers with aspirations to build a publishing company. If you’re new to the process, where do you get started?

In this article, I’ll cover what you absolutely need to do in the pre-launch stage so that you’ll have raving fans ready to back your game when you launch on Kickstarter.

Marketing Starts Much Earlier Than You Think

Below is a conversation I grabbed directly from my board game marketing group:

MEMBER
I’m not sure we’re at the marketing stage yet as we won’t be publishing until some time next year. Until then, just trying to get more people into our Facebook group, continuing to be involved in the community, trying to get more face time with local game groups, and working on a Discord presence. Not enough hours in the day…

ME
Definitely marketing my friend! It seems like what you’re doing now is the phase of marketing where you build up your credibility as a game designer and your publishing company as a trustworthy one. I talk about this more in the marketing toolkit but basically this is the first and most important foundation for creating a “brand” people love so it isn’t too big of a next step to start talking about your game. Keep at it!

When you know you’re going to go all-in on a game and start playtesting it, that’s when your marketing brain should kick into high gear.

That’s honestly one of the things I love most about Kickstarter launches: literally everything that you’re doing to build a game is marketing for your launch. 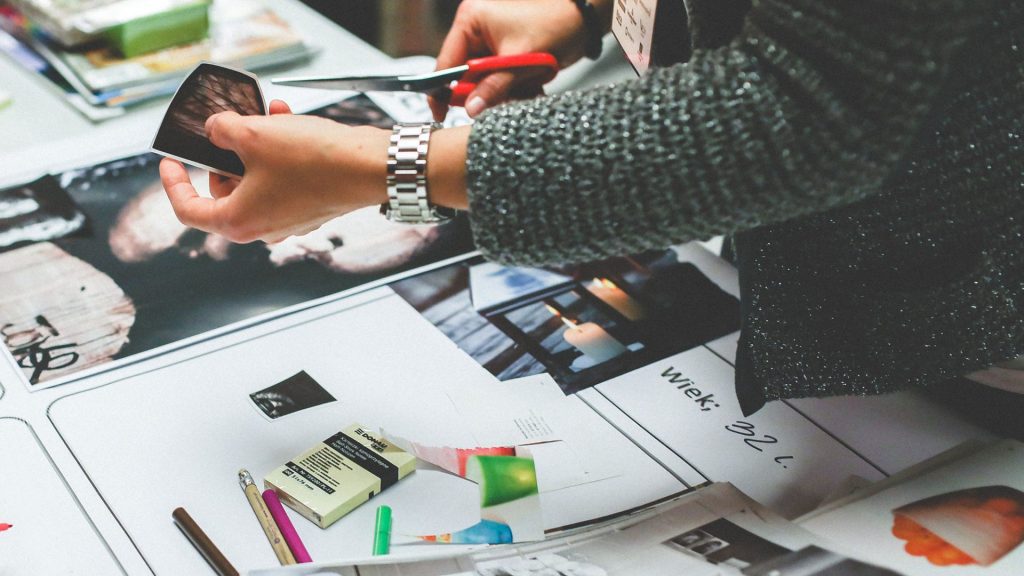 When you get deeper into it, there are various levels of marketing you need to go through. You’ll need to build yourself up as a credible game designer, your publishing company as a legitimate source of games, and then your game as something fun and exciting.

All of this comes back to being involved in the community, telling your stories, and showcasing your journey.

I’m a firm believer that success leaves clues. No matter what you want to launch, I’m sure that there’s someone else who has done it successfully before you (or at least something similar).

Those before you have already found the path to success – what works, what doesn’t work, what to side-step, and what to dive straight into.

This is actually my super secret way of saying that market research is so important. As a game designer, it’s your job to see what others have done that was successful and also what has not been so successful.

Look through everything in your niche and patterns will emerge. In particular, pay attention to aspects such as the way people explain their game, the way a Kickstarter page is laid out, how many rewards are on the page, and what stretch goals are included.

This is not to say that you should copy everything someone else does because every single project is different. But rather learn from as many people as possible and pick and choose what works best for you, your game, and your audience.

Know Your Audience Like The Back Of Your Hand 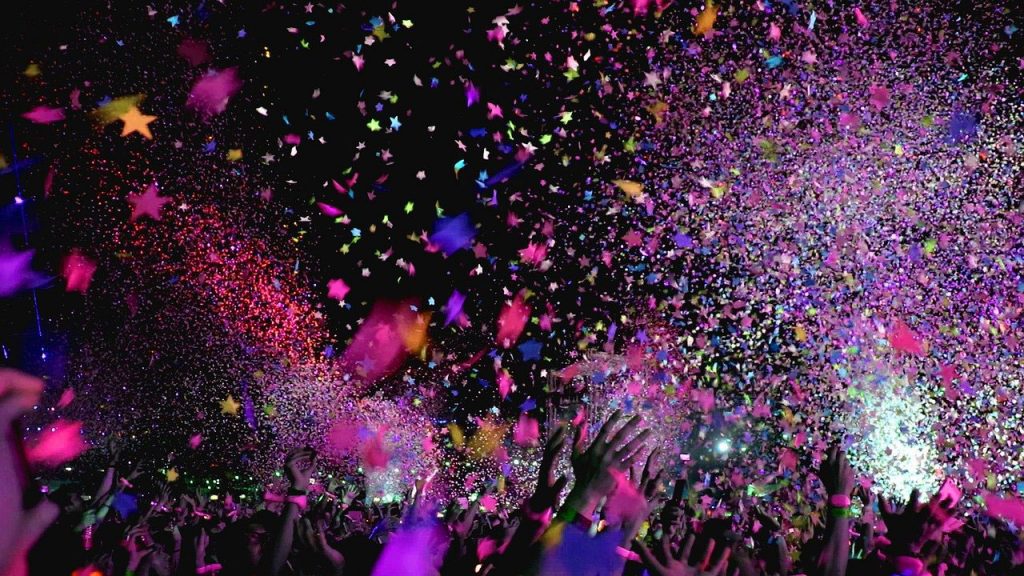 Before you run off to start marketing, you need to really know your audience if you want to succeed.

People talk a lot about finding an “audience” for a launch, but I’ve found that this step is often overlooked or misunderstood. The first things you need to understand are:

Since everyone here wants to launch a tabletop game of some sort on Kickstarter, you might think that the audience you need to market to is the exact same audience others will also market to.

But that’s an incorrect assumption.

Who you need to market to (your audience) depends on what your game is and who will enjoy your game enough to buy it.

Those things can be VERY different for each game.

Let’s take an extreme example to put across the point: if you’re launching a party game like Cards Against Humanity, your audience will be nothing like someone who will want to back a Terraforming Mars-esque game.

Not convinced yet? Here are 5 additional reasons it is so imperative to know your audience:

The bottom line is that the most successful games are able to really find the audience to market to, and really dig deep there.

Now that we’ve gotten through the basics of marketing, let’s get deeper into the details.

Create A Landing Page For Your Game

One of the most important things you can do to prepare for launch is create a landing page for your game.

Facebook Pages, Instagram profiles and BGG pages are all great, but the largest percentage of your game’s total funding will come from your email list. And the best way to build an email list? Have a landing page for your game, drive traffic to it, and capture the contact information of interested parties.

Another less frequently discussed reason for landing pages is that you also want to give everyone who sees your game a common experience. Otherwise, how will you know what your audience will respond to if the 100 people you have on your list all came from different sources and all saw different things that convinced them to submit their email?

A landing page that you can drive all traffic to will give you a sense of what works and what doesn’t work.

If you’re able to drive people to your landing page, but you’re then seeing none of the traffic convert into emails, something is up with the way you’re messaging (or something else).

As I mentioned earlier, the email addresses you have on your list will help your game fund on Kickstarter.

If you need convincing, here’s a little story to help illustrate the point: once upon a time, salespeople used to go knocking on doors to try to sell something, whether it was knives or vacuums. If someone opened their door and let the salesperson in, then boom, the salesperson is that much more likely to make the sale.

The digital version of all this is email! 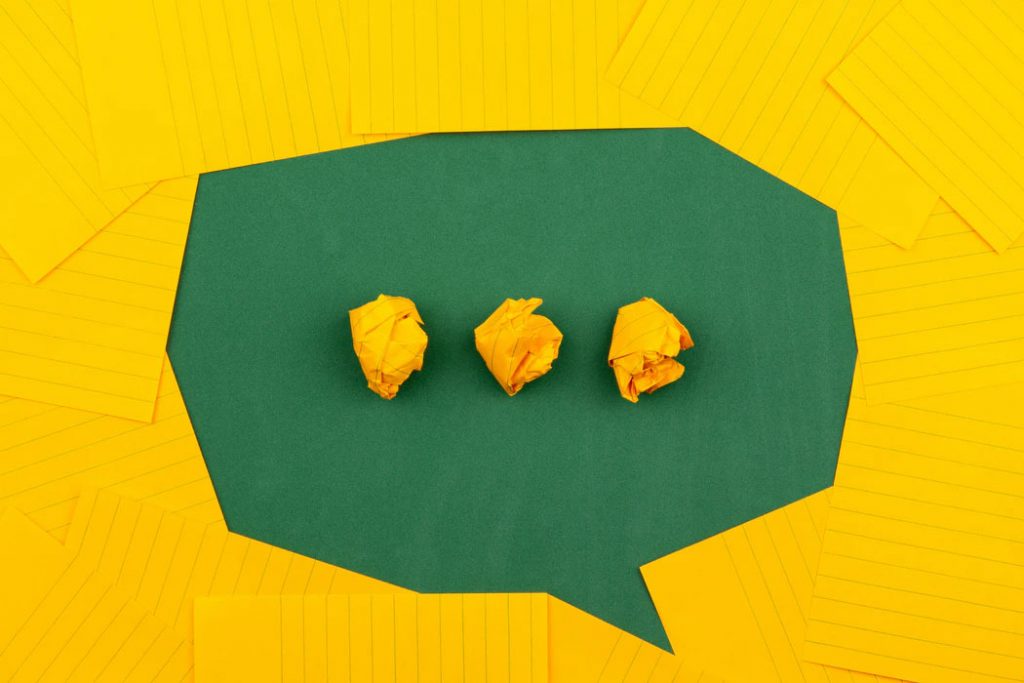 Having someone’s email address is like being invited into their home so you can continue marketing your board game and convincing them that they want it.

By just having someone give you their email address, they’re already that much more likely to be a supporter.

By having someone open your email, they’re already that much more interested in your project.

By getting someone to click to your campaign, they’re that much more interested in becoming a backer.

Email lists are especially important and incredibly useful for Kickstarter campaign launches. You can continuously grow your email list over weeks or months and then send one single email to everyone to direct them to your page on launch day.

Build Up Your Online Following

Kickstarter launches are online, so it’s important to focus your energy on building a digital community. What better way to build up an online following than through using social media? It’s an incredible way to bring traffic to your landing page to generate leads for your launch. During the campaign, it’s a great way to encourage people to revisit your project, too.

On Twitter and Instagram there’s huge discoverability if you’re using the right hashtags and joining in on the right conversations. As a marketer, I’m truly fascinated by the enormous growth on Instagram for board games.

On Facebook, people will discover your game if you’re posting in groups with the right audience in them.

I can write more about platforms, but to be honest, platforms come and go (TikTok anyone?) but strategies don’t. So let’s focus more on the strategies behind success on social media.

At the end of the day, it’s all about content.

If you’re releasing compelling content, people will relate to you and want to support you.

Track your engagements and comments to determine what is resonating with your audience and when your audience is engaging. Post more of what they love and when they’re more likely to engage.

When Is A Campaign Ready To Launch?

In the most simplest terms: your campaign is ready to launch when you can raise at least 30% of your goal within 24 hours using only your email list.

That’s what a lot of people in the industry call “The 30% Rule”.

There are 2 reasons this rule makes sense.

By reaching at least 30% of your goal on Launch Day, Kickstarter knows that you’re actually putting time and effort into promoting your game and that in the long run it will generate money for them. Knowing this they will then move to provide your game with additional promotions like newsletter inclusions or a Project We Love badge.

The Fear Of Missing Out (FOMO) Effect

A game that is at least 30% funded right off the bat makes newcomers more likely to contribute. It’s just psychology of the masses: backers want to get in on the ground floor of something new, exciting, and looks like it will be funded.

Again, The 30% Rule is the simplest and most reliable method to determine whether or not your board game is ready to launch or if you’ll need a few extra months to prep.

This is the reason why with a board game launch, 90% of the work in product and marketing comes way before you even push the launch button on Kickstarter.

As you can see, launching a game on Kickstarter is no easy feat. If you’re open to learning from those before you and doing the hard work, then you’ll be able to launch a game people love. Do your homework and don’t be afraid to ask for help when you need it!