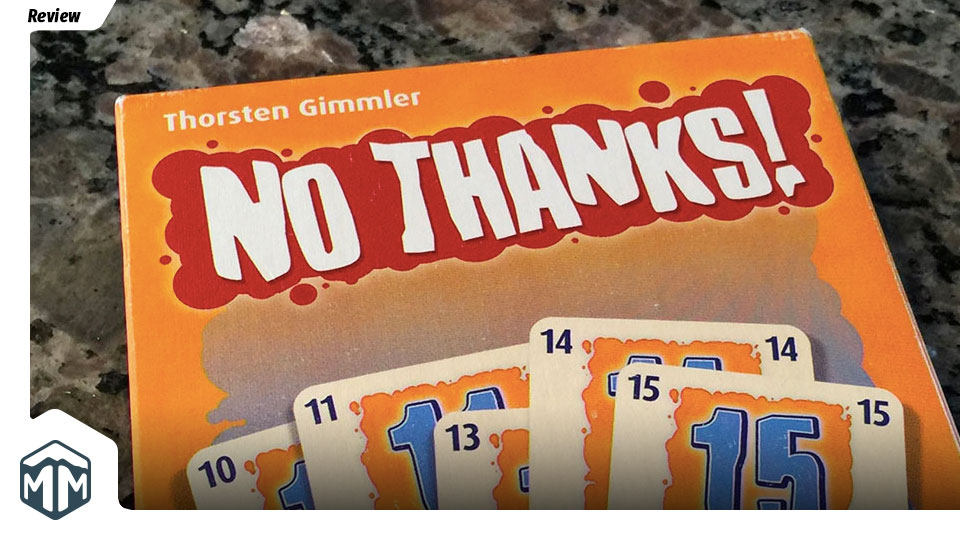 No Thanks Review – Yes Please!

In No Thanks players avoid picking up cards from the center of the table by paying for that privilege and placing one of their 11 starting chips next to the card. As play proceeds around the table, the chips build up until one player chooses to take the card (and all of the chips), or is forced to take the card because they ran out of chips. 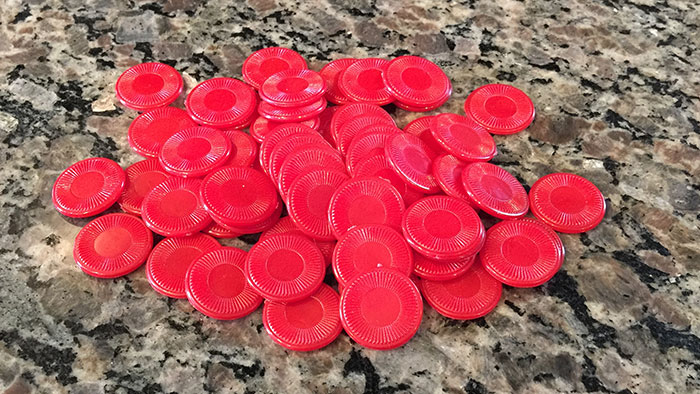 How to Setup No Thanks

To set up No Thanks give each player 11 chips, with any remaining chips being returned to the box. Shuffle the cards and remove 9 cards randomly, placing them in the box without looking at them.

How to Play No Thanks

In No Thanks the starting player turns the top card of the deck face up on to the table. That player must then choose whether to place the card in front of them, or to place a chip next to the card and pass; “No Thanks”. Play then passes clockwise to the next player who must make the same choice: pass or take. Continue in this fashion until one player takes the card in the middle (along with all of the chips), whether by choice or because they no longer have chips.

The player who takes the card will also be the player who turns over the next card in the following round, with the same set of decisions. Play continues in this fashion until the last card is turned over and taken.

Taking Cards in No Thanks

When taking a card in No Thanks, the player will place that card face up in front of them, slightly separate from any other cards.

At the end of the game each single card is worth it’s point value.

Cards grouped together in an unbroken number sequence are worth only as much as the lowest card in the sequence. In the following example only the 19 would be worth points at the end of the game. 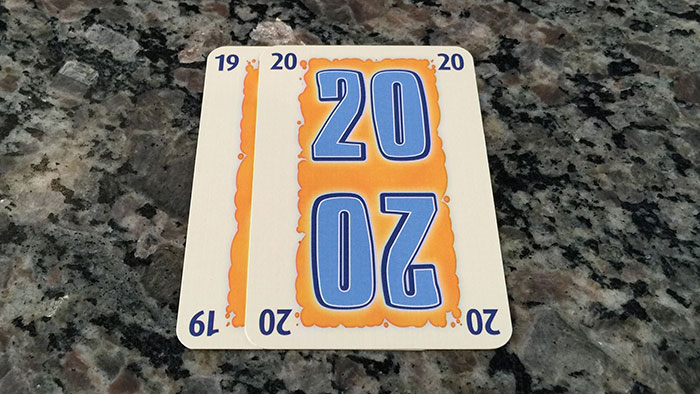 Gaps between single cards (and even grouped cards) count as a space and would force the lowest card in each group to score. In the following example both the 19 and the 23 would count against the player. 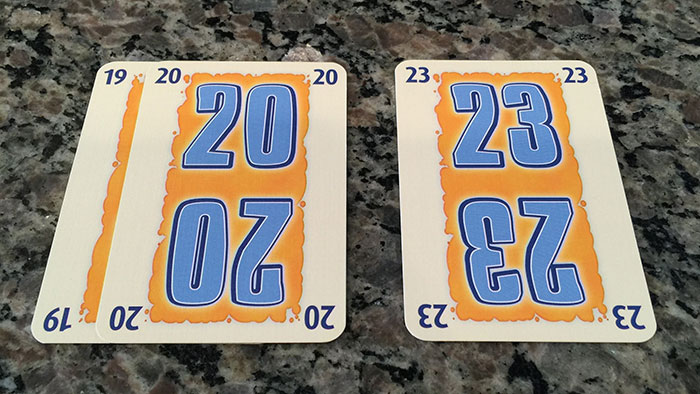 An excellent strategy is to do your best to take cards that are separate from another card you already by only 1 or 2 numbers. Then attempt to join them together with another card. The player with the following configuration of cards is taking a risk, but could also be rewarded if they secured the 21, 22, and/or the 24.

Any chips remaining in front of you at the end of the game subtract from your score, so do your best to position yourself with lots of chips when the game is nearing completion.

The player with the least amount of points at the end of the game is the winner.

No Thanks is, simply put, a fun game. I like No Thanks because it plays fast, has a moderate amount of strategy mixed with a dash of luck and uncertainty, and it’s super easy to teach. Bonus points for having so few components and being portable.

What I Dislike About No Thanks

The only thing I dislike about No Thanks is the box. It comes in a standard 2 part box which for my copy doesn’t stay closed very well. This forces me to put a rubber band around it to keep it closed. This has no effect on game play and is purely cosmetic.

Some people say they dislike the art for the game, but I personally like the copy I have. It’s not about the art here. It’s about a fun game you can play with your friends in 15 minutes.

Final Thoughts on No Thanks

In my opinion the criteria trifecta for small box card games is:

When you get a card game that has those 3 aspects, you’re bound to have a winner on your hands. And that’s what No Thanks is…a winner!