I still remember when Keyflower first blew my mind. The duality of workers as a currency and a worker placement mechanism on top of a civilization/engine building was done perfectly. Designers Richard Breese and Sebastian Bleasdale created a perfect amount of tension by combining secret information about what types of workers you had and imperfect information about what actions would appear during the game. Keyper is the newest game in the Key-series and it had a lot to live up to in the shadows of one of the most regarded games of all time. Read on to see if it lived up to expectations. 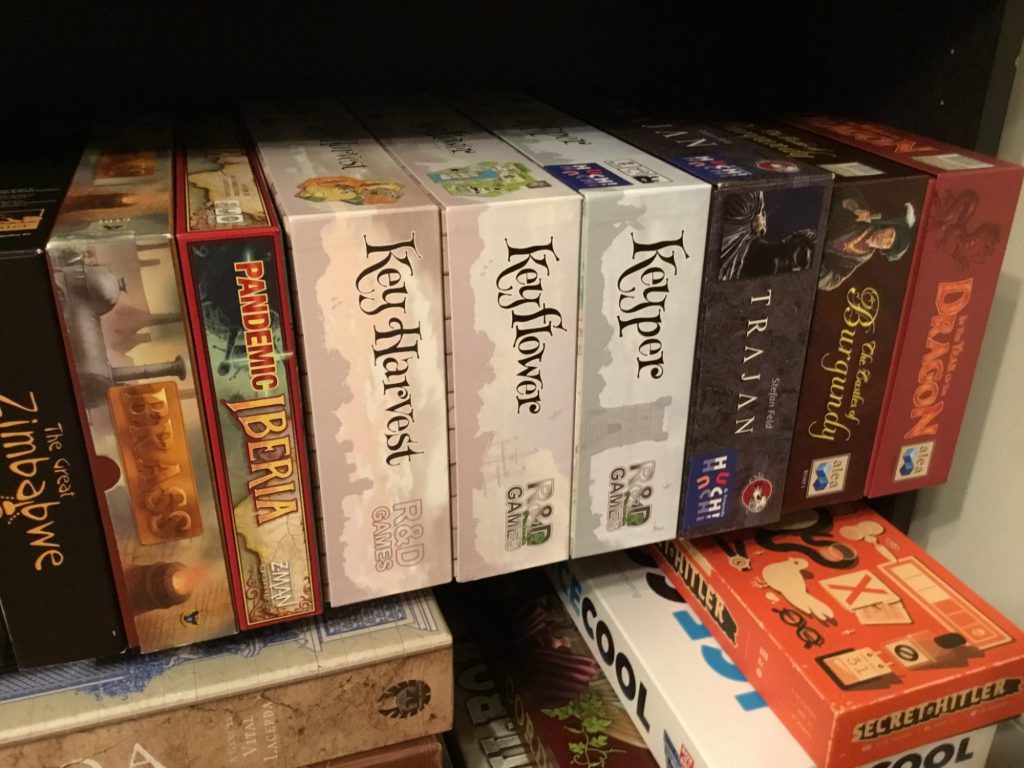 The Key-series are some of my favorites

Keyper is a big, expansive game so I won’t be able to go through all of the rules here, but I’m going to highlight the really interesting mechanisms built into the game. Like Keyflower, Keyper is played over four rounds, or seasons, and is a worker placement game. Keyper is also about resource management and conversion and is a civilization building game like Keyflower, but that is about where the similarities between Keyper and Keyflower end.

As I mentioned above, Keyper is a worker placement game. At the beginning of the game you will have eight workers of different colors. There are two different types of places you can use workers, on your player area spaces or on the country boards. When you use a country board you can use any colored worker to activate a space, but if the color of the worker matches the space you can use it twice (white workers are wild).

After you’ve placed a worker on your turn, one other player can “join” you on a space. If someone joins you, you both get to do the action an additional time, so you both may get to use the space up to three times on one turn.

In the center and accessible to everyone are the country boards. When the game was first being teased in front of Key-series fans, the folding country boards stood out as something truly unique. These boards have adjustable faces where, depending on your preference, you can select which activation spaces are available for each season.

This mechanism allows you to tailor what you need for your strategy. Some games you may need all of the spaces that produce animals, in other games you might develop a gemstone engine, while in still another game your best bet will be to upgrade resources as fast as possible.

The final unique mechanism to the game is how you get your workers back between rounds. In many worker placement games you just get back all of your workers each round, but that isn’t how Richard Breese works. Each round you get back the workers on your player board, and you also get back the workers on one country board. In order to decide which board you get back, players have one special worker – their Keyper.

The red meeple laying down is the Keyper

Instead of a regular action, you can play your Keyper to a country board. When you do this, you claim that particular country board and between rounds you will collect the workers on that board. This creates stressful moments where you need to decide whether or not you need to claim a particular board this turn or if you can wait for another round.

Wait, how many resources are there?

One thing that shocked me when I was going through all of the components were how many resources there are in the game. There are two types of buildings, three basic resources that can be upgraded to advanced resources, a wild resource, seven types of animals, four colors of gems, and seven types of workers.

This may seem overwhelming at first glance but during gameplay it never really feels that way. Keyper gives you enough actions, paired with the joining to get additional resources, to accomplish more than I initially expected.

So talk more about Keyflower

For a while Keyflower was my favorite game and it still sits in my top ten games of all time. In Keyflower the player interaction comes from two sources – the auction and players using your locations. If you don’t have perfect information about what pieces your opponents have, you always need to be wary during the auction of a player sniping a tile from you. On your player spaces, having other people use them could be good because it would give you more workers, or it could be bad if they locked you out of using it. 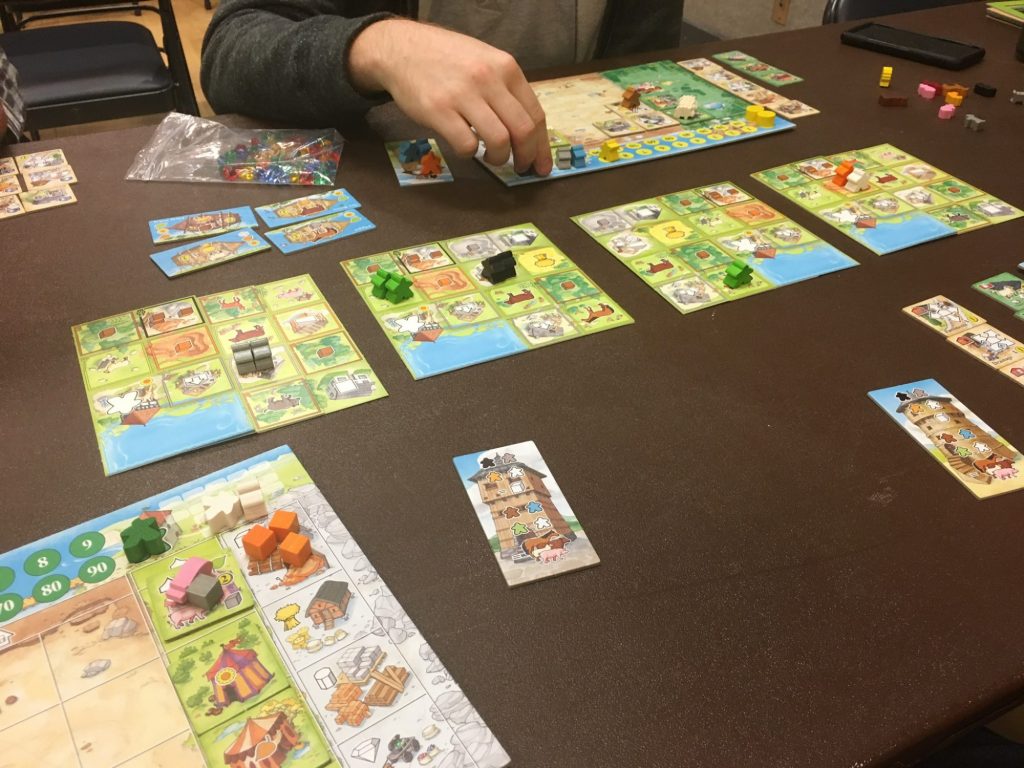 Both  types of interaction have the potential for very direct and harsh player interaction and that interaction is the crux of the brilliance in Keyflower. In Keyper the interaction can be very direct, but it generally has less potential to be mean than in Keyflower. The interaction in Keyper is around the joining, which benefits both players, and the selection of the country boards. The country board selection can be mean, but I’ve never found the need to go out of my way to take a board someone else needed for their engine. Instead, you tend to either claim a board early or go for the one with the workers best for your strategy.

Keyper is an absolutely fantastic game and can belong in a game collection alongside Keyflower. The gameplay is deep and allows for a good amount of advanced planning in building your engine. The tough decisions around joining your opponents’ actions and when to select a country board create moments where you’re sweating out every move your opponents select. Richard Breese has made another classic of interesting player interaction.