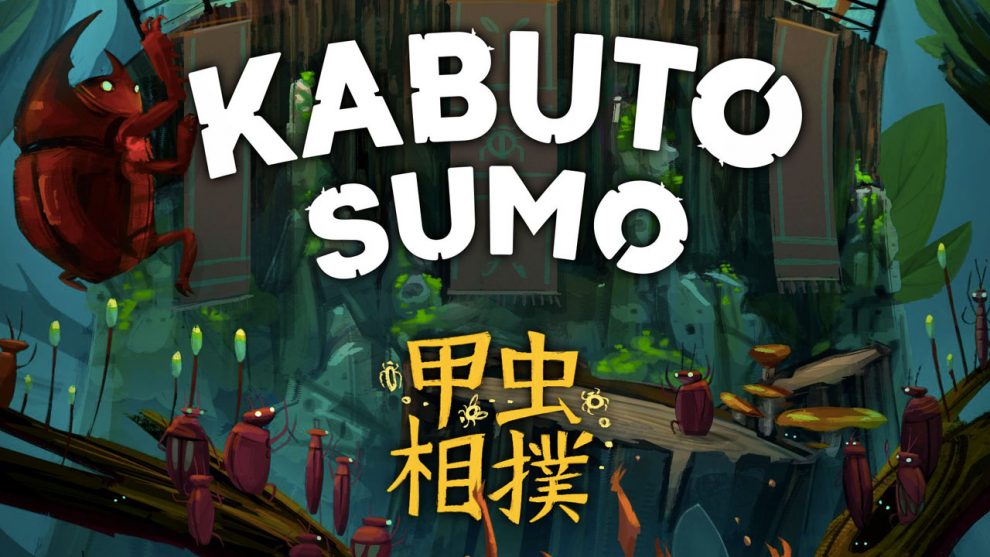 Andrew Lynch @whatsforlynch
Add Comment
Andrew Lynch puts on his mawashi and steps into the ring with Kabuto Sumo, the new dexterity game from BoardGameTables.com.

The “kabuto” in Kabuto Sumo, a much buzzed about dexterity game from BoardGameTables.com, comes from the Japanese name for the rhinoceros beetle, kabutomushi. The game is inspired by their very real wrestling antics. Players take turns pushing a wooden disk from their inventory onto the board, hoping to either push off an opponent or gain some pieces to use on subsequent turns. Both, if possible.

At the beginning of the game, each player gets a charmingly illustrated card that tells them what kind of insect they are and what special powers they have. These special powers are connected to each insect’s special piece(s), which become(s) available during the game by paying a listed cost. The special pieces are captivating wooden sculpts, some realistic depictions of mandibles or horns, some abstract shapes. 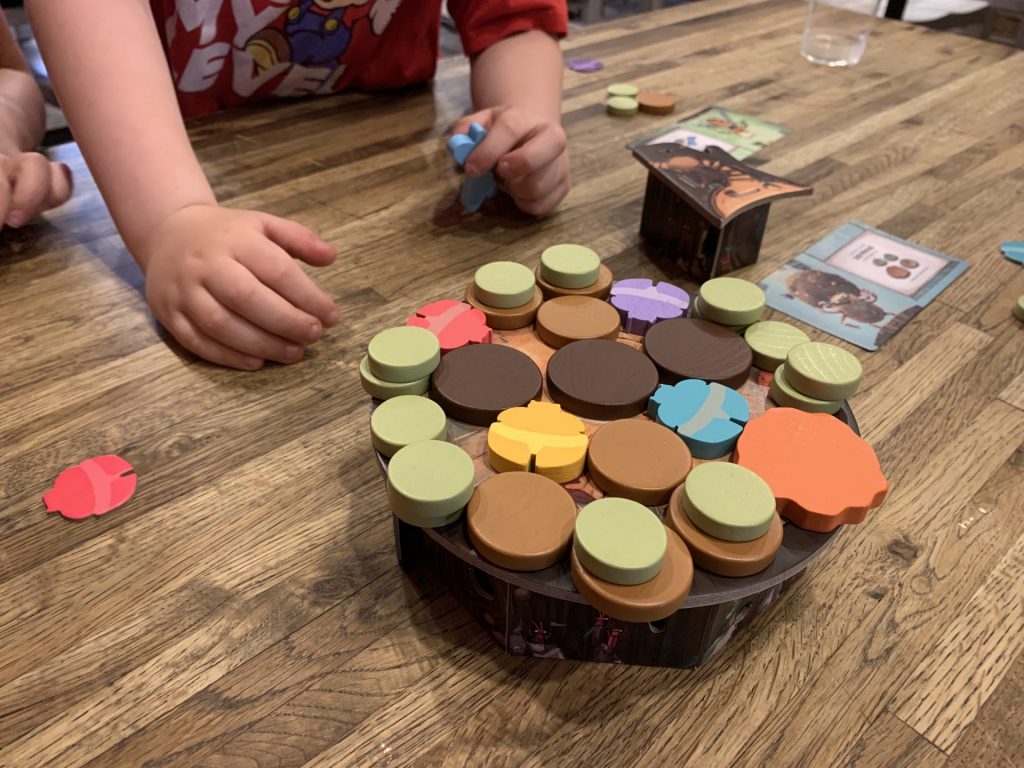 In many cases, your special piece is just another pusher. In the case of the dung beetle, for instance, it’s an especially large piece. The centipede—my copy included the Insect All-Stars expansion—gives you five nested mandibles that cover a lot of ground but are tricky to maneuver. Some, like the stick insect, give you a bonus for as long as they stay in the arena.

The game ends in one of two ways. You either win by successfully ejecting your opponent from the ring or you lose by running out of inventory. It’s hard to take a turn when you don’t have anything to take a turn with.

There is, in my experience, a third way that Kabuto Sumo can end. The group of adults at the table get vaguely tired of pushing disks and not getting very far, so they naturally stop playing. At that point, someone at the table mentions that everyone has stopped playing the game, which is, they may mention, a review copy. United in their belief that said fact obliges them to continue, people dutifully resume, but now they’re pushing the discs with probably more force than is intended by the designer, hoping to shake something loose.

I don’t know why this end condition wasn’t included in the rulebook.

My plays with adults have been uniformly underwhelming. They sit down excited by what they’re seeing, and who can blame them? BoardGameTables.com have produced, as is their wont, a gorgeous game. The color palette is subtle, the art on the cards is endearing, and the printed design on the platform is fantastic.

Then the game starts. It’s fun!, but you quickly realize this is going to take longer than you thought. Adults tend to play sensibly, and the sensible options here are boring. It’s much harder to aggress someone off the table than it is to defend yourself further into it. Adult Kabuto Sumo often exists at a standstill.

If I had to guess, that’s why designer Tony Miller included player inventory running out as a loss condition. Hard to keep up your collection of pieces if you’re constantly playing it safe by defending yourself. It’s a smart choice, but it doesn’t move the game along much. Things will fall off. It’s just never the piece you want. 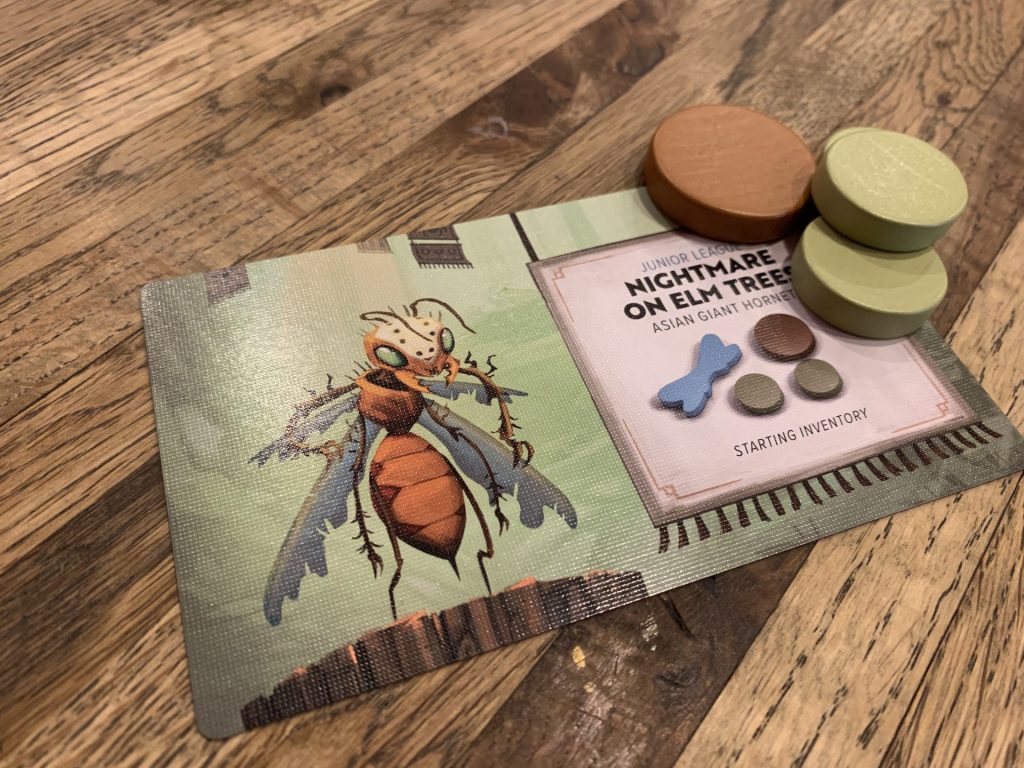 For Whom the Bell Cricket Tolls

My plays with children? Very different. I brought Kabuto Sumo to the afterschool program where I work, playing it with a number of 6- and 7-year olds. The games were shockingly quick. Two or three moves tops. I still don’t understand how, really, and I started trying to pay attention to it after the first two or three. They would immediately ask to play again. Kabuto Sumo gave me the greatest gift any afterschool counselor can ask for: it kept a table of four children fully occupied for about an hour.

I can’t speak to whether or not the kids would be eager to return to it after that hour. It hasn’t come up yet.

I think Kabuto Sumo is a very safe acquisition if you’ve got an aspiring young entomologist in the family. Sans kids, I’d give it a pass. Though beautiful to look at, Kabuto Sumo is boring to play. There’s a decent chance you’ve got enough games like that in your collection already. 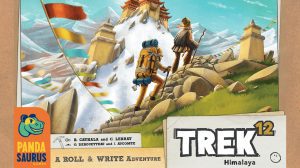 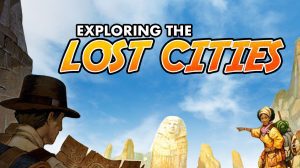 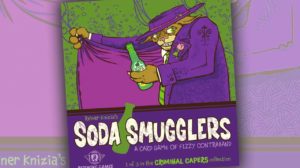 Soda Smugglers is a charming bluffing game in a small box that kids love to play. 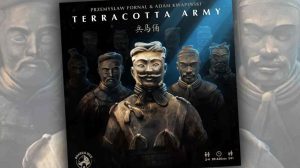