Imperial Settlers, designed by Ignacy Trzewiczek, is a card game of civilization and engine building. Each player selects one of several factions (Romans, Egyptians, Barbarians, Japanese, the Atlanteans, the Aztecs or beginning with this expansion, the Amazons) and uses that faction’s Faction deck in conjunction with a deck of Common cards to produce resources, acquire more cards, build locations, and to score points. The game is played over a total of five rounds and the person who has accumulated the most points at the end of the game wins.

In this multi-article series, I am going to discuss Imperial Settlers and all of its expansions. I’ll tell you how they work, how they change the game, and what I think about them. Since I’ve previously discussed how the game is played, I am just going to discuss what this expansion brings to the game and how it changes it. Of course, it goes without saying that this expansion opens up new possibilities for pre-constructed decks if that’s your thing. So, without further adieu…

The Atlanteans expansion introduced Technology tokens to the game. The Aztecs brought Prayer tokens with them. But the Amazons are the first of the large expansions that do not also include some kind of unique resource. In fact, they don’t even really present any new concepts either. What they do introduce is a new level of complexity and a new way of playing the game. Whereas most other factions have maybe four or five cards in their Faction decks that have locations/foundations in their building costs, virtually every last one of the Amazons’ cards do. Fortunately, they have a couple of things going in their favor: the ability to make deals to produce foundations and their unique Faction ability. 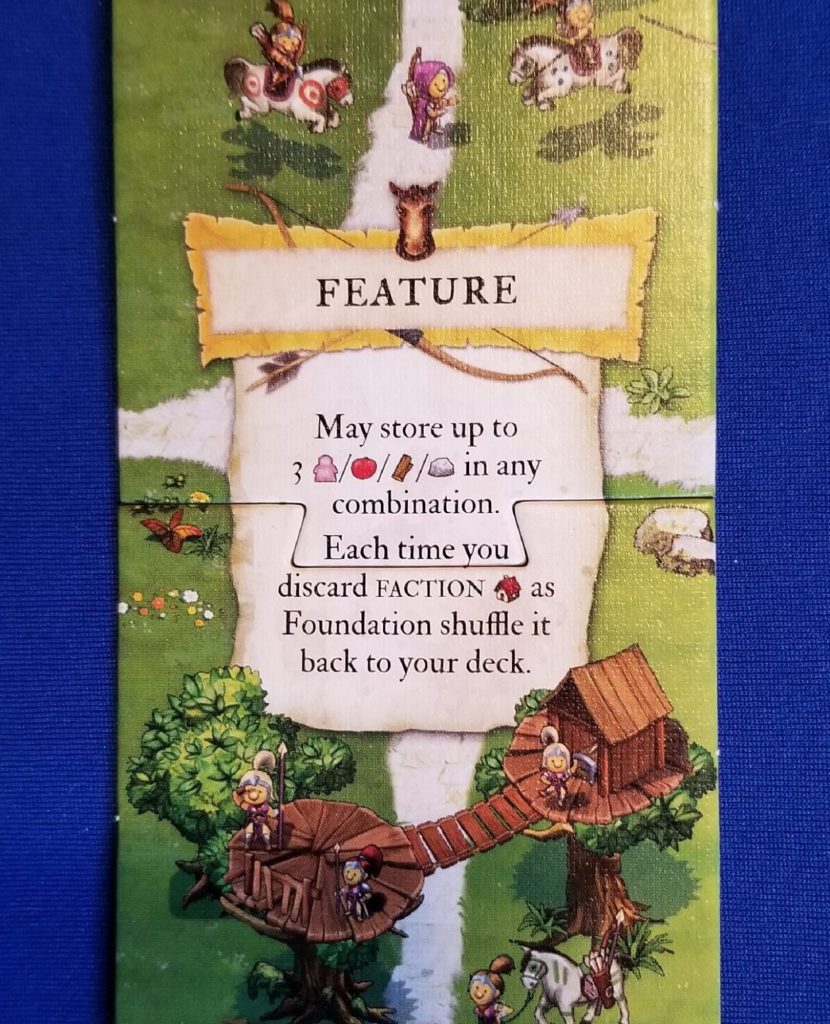 With any other faction in Imperial Settlers, using one of your own Faction cards to pay the location cost of another would cause the card to be moved to a discard pile. When the Amazons do this, that card is shuffled back into their Faction deck instead. This is significant because this expansion also introduces a major change to the rules of the base game. Now whenever anyone’s Faction deck runs out of cards, that’s it. They don’t get to reshuffle the discards to create a new deck. They’re just stuck with playing cards drawn from the Common deck for the remainder of the game.

This constant refilling of the Faction deck gives the Amazons a lot of power that the other factions don’t enjoy. 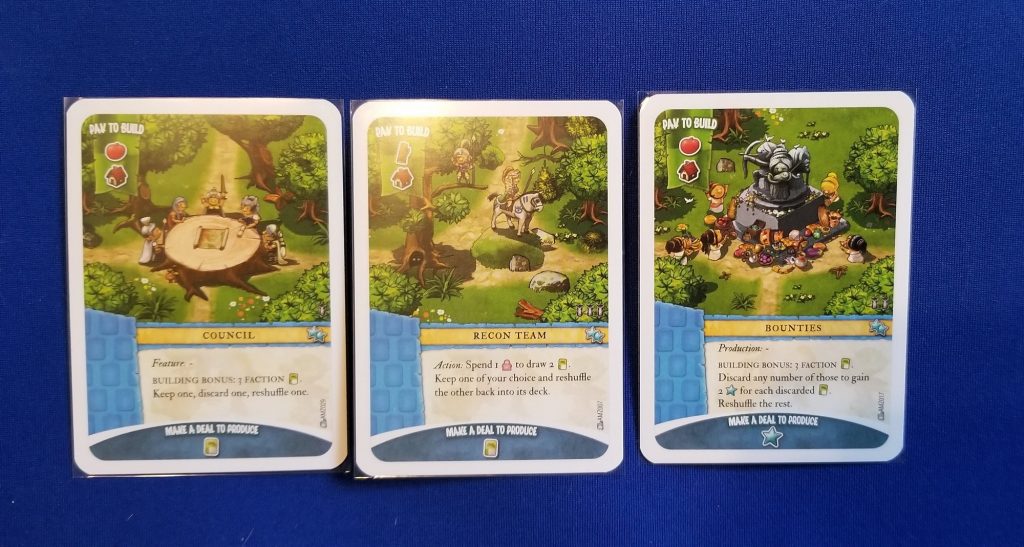 The Amazons expansion also introduces easier ways to gain access to foundations to pay the foundation/location costs. In previous versions of Imperial Settlers, the only way to pay for a card of this type was to give up a location by returning it to the appropriate discard pile OR to give up a foundation which could only be obtained by having one of your locations razed by another player. Playing as the Amazons can allow you to simply produce foundations out of thin air and that really helps to drive their engine. When a foundation is produced through either the usage of a deal or a production card, a Common card is drawn from the Common deck and placed face down in the Amazon player’s tableau. And just like that, they now have a foundation at their disposal. There are even Open Production locations that provide these so that other people can get in on the free foundation fun.

And that’s it. While the Amazons aren’t breaking new ground, they definitely change up the existing structure enough to make things very interesting. I have been playing this game for a long time now and have played all of the various factions multiple times. I’d still say that The Atlanteans are my favorite, but I think that the Amazons have equaled (if not outright surpassed) the Aztecs as my second favorite.

Back when I was really into Magic: the Gathering I had a deck that I’d constructed whose entire purpose was to just pump out creature tokens (literally just glass beads that were stand ins for imaginary creatures instead of playing cards onto the table). It would be pretty ponderous and slow going at first, but I’d start cannibalizing those tokens in order to create exponentially more tokens and then using those new tokens to repeat the process until I was sitting at the head of this massive token creature army that it was impossible for my opponents to defend against. Watching my token generating engine take off and do its thing was an incredible rush. And this is how playing the Amazons makes me feel.

Like my token deck of old, the Amazons faction begins as a slow burn that quickly ignites into an explosive frenzy. And like any explosion, if not handled carefully, you’ll do great harm to yourself. Because of their massive card drawing potential, there’s a good bet you’ll go through your Faction deck very quickly. Each Faction card that you discard is two points that you’re throwing away along with whatever bonus point generating potential they might have had. It’s easy to fall into the trap of getting too wrapped up in cycling through cards when you should be spending more time actually playing them. So, beware. While playing the Amazons might look easy on paper, it’s anything but. That being said, I’d set their difficulty level at just beneath that of playing the Aztecs. If you’re looking to test the waters beyond the base four factions, the Amazons is the way to go. You’ll be glad you did, too because playing as this faction is a blast!