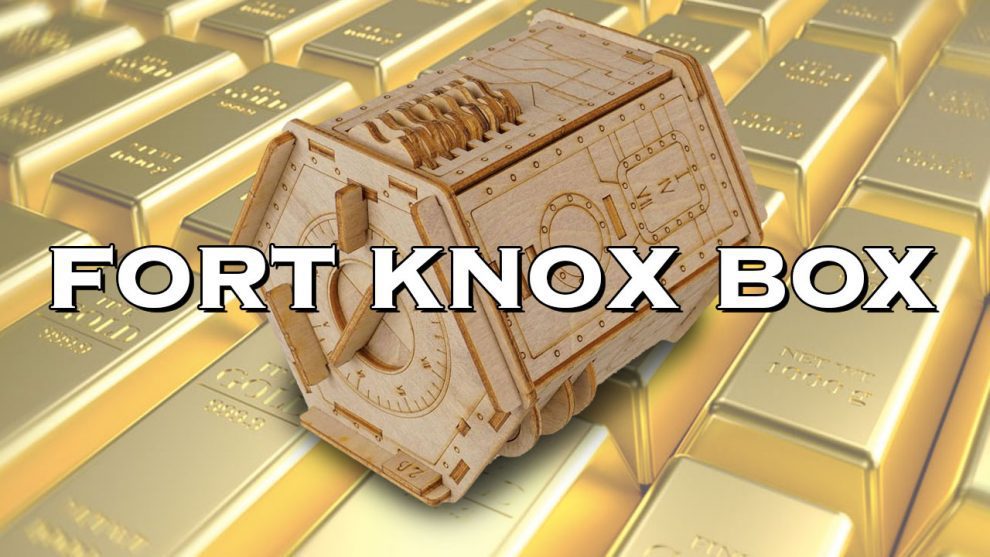 At some point in the last two or three years, I came across the online puzzle box community. They’re just like us, you know. They have YouTube channels and podcasts, websites and fora, all dedicated to puzzle boxes. The key difference is that board gaming is primarily a communal pursuit, and theirs is solitary.

I don’t imagine the existence of this community is a surprise to many of you. The venn diagram of board gamers and puzzle boxers isn’t a circle, but if rotated 90º I imagine it would make for a stable snowman.

I grew up enjoying puzzles of all sorts. I can remember spending an entire evening at a social gathering trying to assemble one of those puzzle spheres they used to sell in quarter vending machines. I received my first puzzle box when I was eight or nine, and while it’s not a hobby I actively pursue, I’m always happy to fiddle with such things when given the opportunity. The Fort Knox Box—the full title is Fort Knox Box Pro—is the first I’ve tried in many years.

The goal is simple: open the vault. To do so, you will have to figure out a series of puzzles carved into the box itself. An intricate set of unseen interlocking mechanisms will, with the right series of inputs, allow the top to open. It comes preloaded with a wooden coin and display stand so you can proudly show off your achievement. It’s not unusual to solve a puzzle box such as this ahead of time, putting money or a gift card inside before resetting it and gifting it to the recipient.

The box itself is a beautiful, well-made product. It even comes with a card telling you the name of the employee who hand-assembled it. Solving a puzzle box involves a lot of spinning, rotating, poking, prodding, etc., and the quality of the Fort Knox Box is such that I had no worries about constantly doing so.

As a plus, it smells good. 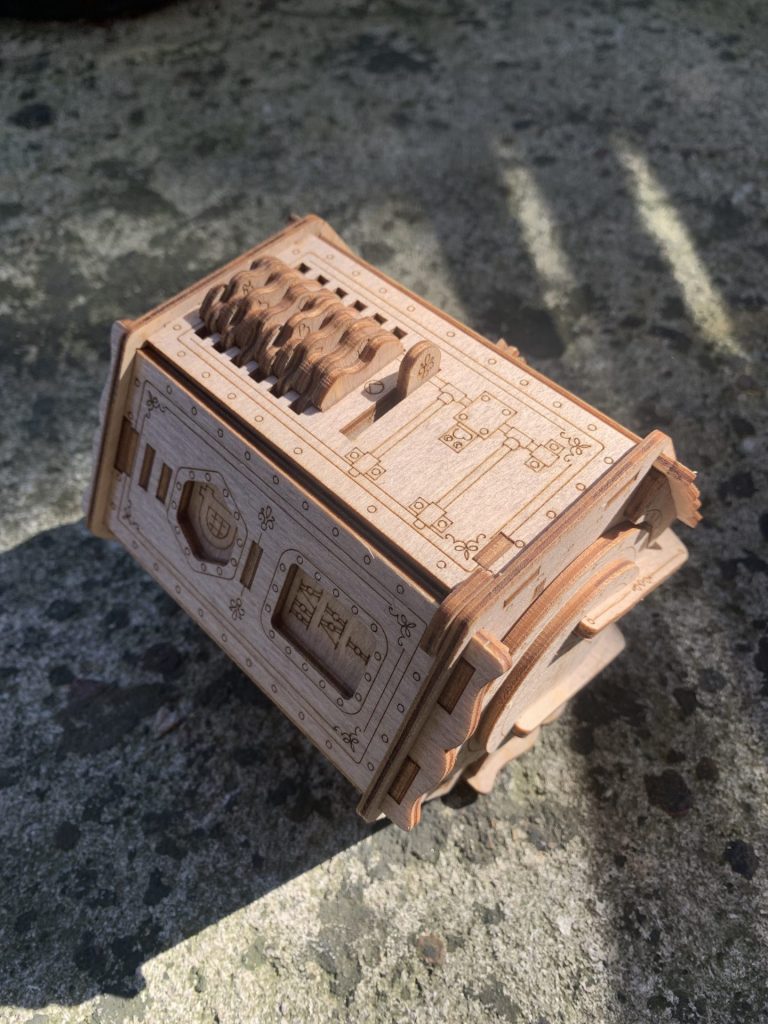 I had three issues.

I had a good time with the Fort Knox Box, both solving it myself and giving it to others. I don’t fault it too heavily for the arbitrary solutions, as I run into those a lot.  For every good, satisfying realization in an escape room or an Exit game, there’s something that feels like too much of a reach. I don’t like those kinds of solutions, but I know they are par for the course.

I have thoughts about that being par for the course, but I’ll save those for another time.

Show Spoilers
So there’s a coin slot on the side of this bad boy, right? It’s there so you can use the box as a piggy bank or whatever. That’s cute. I like that. Fun choice. But. One of the puzzles involves removing a piece from the bottom of the box and inserting it into a slot on one of the sides. The same side, as it should happen, as the coin slot. And it fits, easily, nicely even, into that coin slot. In which case the puzzle becomes unsolvable. It didn’t happen to me, but it came close. Almost happened to one of the video solves I watched, too. This would suggest that this is a Problem.
TagsEscape Room Games 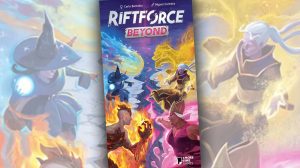 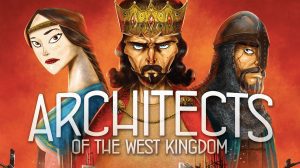 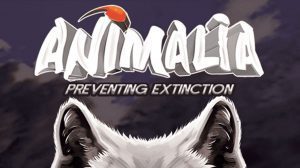 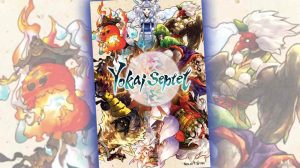