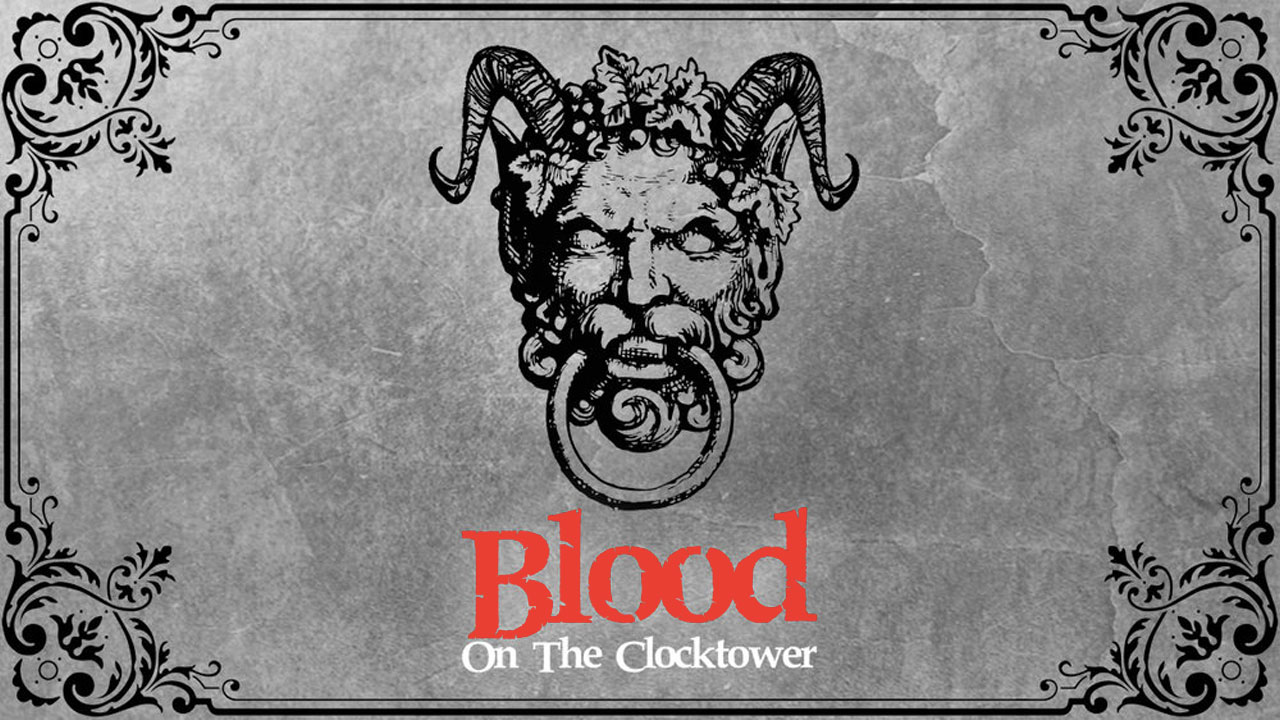 The beloved storyteller has been murdered and the residents of Ravenswood Bluff are suspicious that a Demon is loose in their tiny quiet village. They must figure out this mystery before their numbers dwindle while the shape-shifting demon and their minions attempt to avoid suspicion by breeding doubt among the townsfolk. Each night, some information will get passed around, awnd yet someone will be murdered by the demon. Once the townsfolk wake up, a player’s death is announced, and the surviving players must discuss who they will execute in hopes of finding the Demon. If you’re on the good team, you win when the Demon dies. If you’re an evil player, you win when there are only two living players remaining.

The basic synopsis of Blood on the Clocktower sounds very similar to the classic Werewolf with almost everything stripped down. There are numerous changes to the werewolf formula but still retains the usual night and day phases, announcing deaths, and voting on executions as one would expect.

In Werewolf tradition, a player eliminated by either the nightly murder or daytime execution is removed from the game. Blood on the Clocktower modifies this by allowing the murdered player to continue participating in the game but with caveats: they lose their role ability and have only a single one-time-use “ghost vote” that they can spend for the rest of the game. It’s a very good compromise where misplaced executions are punished yet still involves them in solving the ongoing social puzzle. Interestingly, there are also some roles and situations where killing a fellow villager might be a net benefit for the good guys.

Speaking of roles, every single player in the village has a special power. There are no plain villagers in this game as everyone will have some sort of foundation to work with and a short-term goal. While this is a good idea, this does introduce some stress (and overhead) to both players and the moderator since they need to keep track of all these powers, their interactions and the rules associated with them. To be fair though, you are getting a game that uses these numerous roles as leverage for replayability to justify the higher end price tag.

There are over 90 roles in this game separated into three “packs” from the easy stuff like “Trouble Brewing” to the insane like “Sects & Violets”. If you are willing to put in the work, you can also create your own custom sets of these roles! It is very rare to see a game that has just enough content which adapts to your group’s play style and growth.

All these changes manage to solve the numerous issues with Werewolf and introduce new fundamentals in the game. However, these changes have a cost and it could lead to a dealbreaker to some of you.

I am going to say something that’s probably going to annoy the designers of Blood on the Clocktower: The session where the group was over 15 players were some of the worst experiences I have ever had in tabletop gaming. These games were over 2 hours each, meaning the 3 games I’ve played with this large group was 6 hours of my life wasted. While I can pin some blame onto the militant group I was playing with, many of the issues stem from the role powers and ghost votes that the game loves to boast about.

Let’s Start With the Bad

We will start the most noticeable issue and that’s the player roles. It’s great that everyone has something to work with, but it cannot be ignored on how this stifles the discussions that take place during the Day phase. Since everyone has something to say due to their power, it means plenty of people will speak over each other and it’s hard to keep track of what they were saying, which is pretty important in a game about gathering crucial deductive information. While I can hear the argument about social games requiring talking, there is a fine difference between a productive discussion and noise.

During these larger play sessions, I also learned to appreciate the simplicity of werewolf where the majority were ignorant villagers and that collective blindness meant more people willing to listen instead of yelling over each other.  Having fewer powers also meant the night phase procedures were fluent.

Which leads to yet another problem. Due to the numerous powers that trigger at night, it also means the game goes at a far slower pace than necessary. I have been in large sessions where the nights were almost close to 10 minutes. Imagine having your eyes closed and being in complete silence for 600 seconds. No thanks.

I wish the roles were the only issue but it isn’t. The ghost votes are also another problem that enforces my feelings towards larger groups. You’ll find out very quickly that most games have players holding onto their ghost votes towards the end. It feels scripted but acceptable. The crux lies within the dilution of your voting power with more players. I have heard plenty of screaming post-game due to these ghost votes neglecting the hard work of the living players after the long two-hour sessions. The rulebook might talk about how it discourages bad behavior but the game structure unintentionally fosters these toxic emotions by dictated circumstances.

Because of these glaring problems, this game is a terrible experience with larger groups. Games with less than 7 players just make this into a complicated expensive game of One Night Ultimate Werewolf. The sweet spot is between 7-12 players.

Now To The Good

With a revised group size limit, every issue I have mentioned before is gone. The night phases are short, the games last about an hour, and the information is not overwhelming. Simply put, it just works.

One of the things I love in smaller groups is how role selection is done. Each of the three major sets has a full-size player aid that lists all of the roles in that set. You can even go to the Blood on the Clocktower website to create your own sets and print custom player aids. The twist with the role selection is that the moderator does not disclose what roles are going to be used in the game.

There are some restrictions and this is dependent on player count. While it is about two teams against each other, there are four factions. On the good side, you have the Townsfolk and Outsiders. Townsfolk have powers that are beneficial while Outsiders have detrimental effects. The evil team has a single Demon and several Minions. The Demon is the main killer with each Demon having their conditions or ways to kill other players, while the Minions support the Demon.

The player count determines the distribution of these factions. If you decide to start a 9 player game, you know the makeup of your group is going to consist of 5 Townsfolk, 2 Outsiders, 1 Minion, and 1 Demon. This is very important to understand because this will give you a general idea of what type of powers to expect in your upcoming game.

Since we are on the subject of powers, I am impressed by what is offered here. These powers promote collaboration, something missing in other social deduction games. There are also far more mechanisms (and correspondingly, opportunities) at play, meaning players who might not be good at reading other players could still participate by logically trying to deduce patterns presented here. Even when nominating a player for execution, it feels like a court case where the involving parties use the game’s mechanisms to justify their position instead of moon logic I tend to see in other games such as Secret Hitler or Resistance.

The Moderator Isn’t A Parrot

While much of this review was fixated on the view of the player, we also need to look at this game from the views of the moderator. In Werewolf, the moderator was more like a substitute teacher trying to make sure the class follows the rules. Blood on the Clocktower transforms this role into a third impartial player making sure to squeeze as much enjoyment as they can from the session and conjuring situations to throw the players in.

There are certain mechanisms and powers in the game where a moderator could intervene.  Some role powers will have words like “may” or “might” meaning it is up to the moderator if they occur or not. One of the most noteworthy examples of this is Poisoner. Each night, this minion will poison a target. A poisoned character might have their ability to malfunction. Malfunction means the information or the ability might not work and this is completely up to the moderator’s discretion, but they still go through the usual routines such as waking the target at night.

This idea of a moderator being more involved in the game has caused a controversy among the werewolf purists and here is my simple opinion on it: It isn’t only good, it is necessary. In fact, this turns the moderator role into a storyteller, and allows them the satisfaction from that unique viewpoint.

You have to realize this game gives the good team plenty of powers to deduce the situation. Evil players must intervene to make sure the information stream gets contaminated by them. Killing and lying are methods to do this, but having a lie being generated by a game mechanism is a unique take on the social deduction genre. This would be a problem if the game made it convoluted to find the source of this misinformation, but it doesn’t do that. You just need to think outside of conventional werewolf wisdom to find the source and in many of the sessions I have played, we were always aware that misinformation was at play.

Which leads to a question I hate answering: Is this worth the $80?

If I have a committed group of players willing to play this game regularly, I would consider it. People have spent way more money on RPG books, Warhammer codex books, and materials which still require a dedicated group. I don’t see this price as bad as people make it out to be especially when you consider the amount of content you get out of it and components that assist the moderator instead of hinder them. This is a package you only need to buy once and not rely on continuous purchases like in RPGs or collectible card games. Also, over 90 roles.

I have played numerous social deduction games before this one and I wasn’t impressed with what I saw. You either have games with aggressive accusations like The Resistance and Witch Hunt or annoying random elements like in Deception or Secret Hitler. I much prefer the collaboration required by everyone at the table to solve this conundrum instead of the lone wolf persona everyone must shroud themselves in.

Blood on the Clocktower is probably one of the few games that have a strong and collaborative “deduction” portion in a social deduction game. All of the problems you will face are logical and the numerous layers of mechanisms you are forced to stride through make it an entertaining experience. Like a good murder mystery, when the show is over, everyone will groan at all of the red herrings they fell for. Throw in marketable features like effectively no player elimination and I don’t see anything that comes close to this amount of refinement in a werewolf-alternative game.

Blood on the Clocktower details